Is Tulsa King on Netflix, Hulu, HBO Max, or Prime? 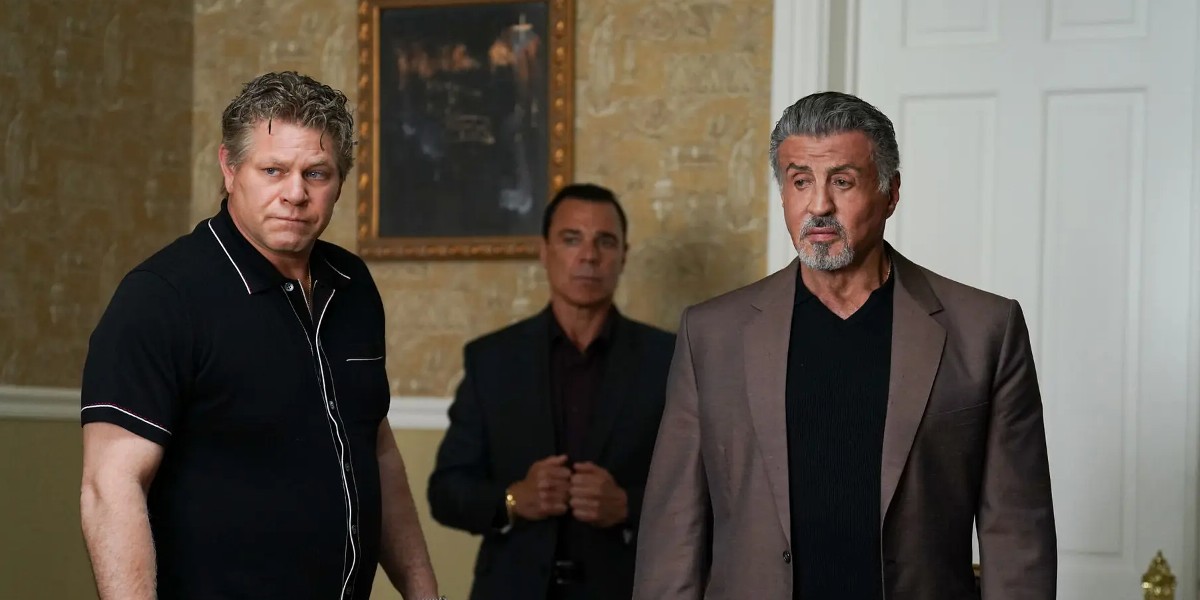 ‘Tulsa King’ is a crime drama series following Dwight “The General” Manfredi, a New York Mafia capo recently released after serving twenty-five years in prison. However, a new and unprecedented challenge waits for him when he is suddenly sent to Tulsa, Oklahoma. The series is created by Taylor Sheridan (‘Yellowstone‘) and Terence Winter and stars Sylvester Stallone in the lead roles. The narrative combines the mafia/gangster genre with Western elements and features heightened drama and action. Therefore, viewers must be looking for ways to stream the unique series online. In that case, here are all the streaming details of ‘Tulsa King’ you need to know!

What is Tulsa King About?

‘Tulsa King’ follows Dwight “The General” Manfredi, a capo working for a New York mafia family. However, after taking the fall for his boss, Manfredi is imprisoned for nearly twenty-five years. After he is released from prison, Manfredi is sent on a new assignment to Tulsa, Oklahoma. He must establish a new mafia organization and increase the mob’s influence in the small town. In turn, Manfredi must earn money and send it back to his boss. However, after realizing his boss’ true intentions, Manfredi starts forming his crew of rag-tag members to help him. Meanwhile, Manfredi reflects on his past and career choices, leading to an appreciation for the second chance he is presented with his new crew.

Is Tulsa King on Netflix?

Netflix’s extensive content library does not include ‘Tulsa King.’ Therefore, viewers of the platform will have to check elsewhere. On the other hand, if you are looking for something similar to watch, we recommend ‘Ozark‘ about Marty Byrde, a financial planner who relocates his family to pay back the money he owes a mob boss.

Is Tulsa King on Hulu?

‘Tulsa King’ is currently not available for streaming on Hulu. Instead, viewers can check out ‘Godfather of Harlem,’ a crime drama series based on true events. It follows crime boss Bumpy Johnson who, after his release from prison, fights the Italian mafia bosses in New York City to regain control of his territory in the early 1990s

Unfortunately, ‘Tulsa King’ is not a part of Amazon Prime Video’s basic subscription package. However, you have the option to watch the series by subscribing to the Paramount+ channel through the streaming service. Meanwhile, you can also stream ‘Gangs of London,’ a similar mafia family crime drama revolving around Sean Wallace and his struggles in the underworld.

Is Tulsa King on HBO Max?

If you are searching for ‘Tulsa King’ on HBO Max, you will be disappointed to learn that the streaming service does not house the title. For those looking for an alternative on the streamer, we recommend ‘The Sopranos,’ which follows Tony Soprano, the head of an Italian crime family, and his struggles to balance his criminal and personal life.

Where to Watch Tulsa King Online?

To watch ‘Tulsa King,’ you will need a subscription to Paramount+. The series is exclusively available for streaming on the platform (from November 13, 2022). You can also catch the first two episodes through live TV streaming services when they air on Paramount Network. To do so, you will need a subscription to FuboTV, Sling TV, Philo TV, and DirecTV.

How to Stream Tulsa King for Free?

Currently, Paramount+ offers a seven-day free trial of its services to new users, allowing you to check out ‘Tulsa King’ if you haven’t already availed of the offer. However, we recommend our readers stream all entertainment content legally and by paying for it.