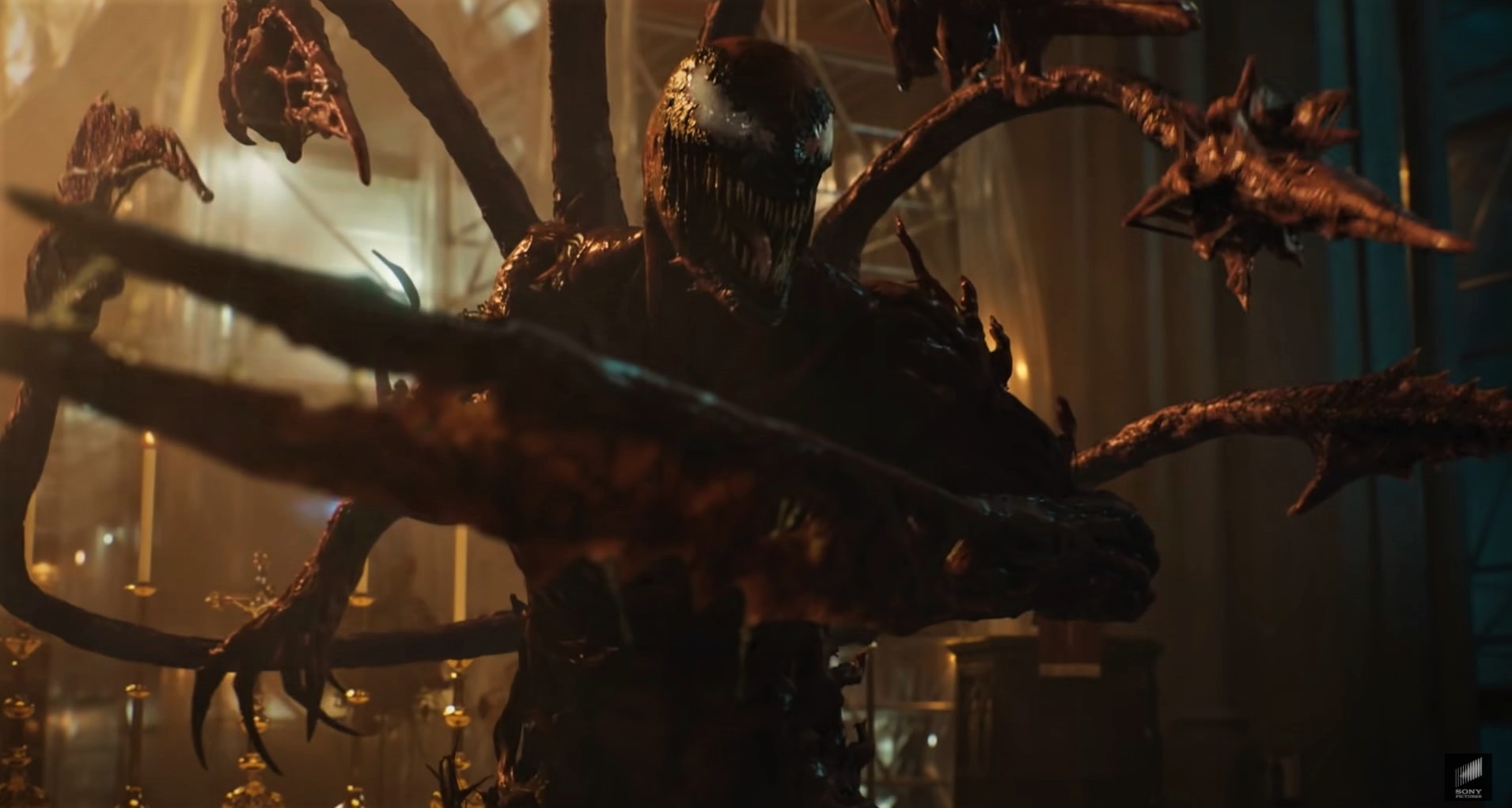 Based on characters from Marvel comics, ‘Venom: Let There Be Carnage’ is a superhero movie that stars Tom Hardy, Michelle Williams, Reid Scott, Naomie Harris, and Stephen Graham. The film follows Eddie Brock as he returns to his ordinary life after defeating Riot and Drake. Although everyone believes that the investigative journalist is no longer the host of the alien symbiote Venom, Eddy learns that he is not the only one who has been keeping a few dark secrets when he interviews an infamous serial killer.

Directed by Andy Serkis, the action-packed movie is a must-watch for anyone who loves the superhero genre. Curious to learn more about its premise or where it can be streamed? We have got you covered.

What is Venom: Let There Be Carnage About?

Investigative journalist Eddie Brock saves humanity from a possible existential threat by managing to foul Riot and Drake’s evil plans with Weying’s assistance. When he later returns to his old life, Weying believes that Venom died along with his adversaries in the brutal final confrontation. However, Eddie does not want anyone to know that he is still bonded to the alien symbiote and the two now together want to keep San Franciso safe.

Everything appears to be going great for him when he gets a career-defining opportunity to interview the notorious serial killer, Cletus Kasady. But the investigative journalist is taken aback when their conversation at the Ravencroft Institute suddenly turns hostile, and Kasady escapes the prison after issuing him a warning and transforming into the host of the symbiote, Carnage.

Now, Brock must stop the serial killer from executing his horrific plans and putting the lives of innocent people in danger. In order to find out how the story unfolds, here’s all the streaming information you are going to need.

Is Venom: Let There Be Carnage on Netflix?

Netflix subscribers will have to look for the film on other platforms since it is not part of the streaming giant’s extensive offering as of now. However, we recommend our readers stream ‘Project Power‘ or ‘Thunder Force.’

Is Venom: Let There Be Carnage on Hulu?

Unfortunately, Hulu’s massive catalog does not currently include ‘Venom: Let There Be Carnage.’ Subscribers who wish to watch somewhat similar movies can watch ‘Deadpool‘ or ‘Fast Color.’

Is Venom: Let There Be Carnage on Amazon Prime?

Amazon Prime’s regular offering does not include the Andy Serkis directorial. However, if you wish to purchase the movie, then you are in luck. The film is available for $19.99 on the platform, and you can buy it here.

Is Venom: Let There Be Carnage on HBO Max?

No, ‘Venom: Let There Be Carnage’ is not available on HBO Max. Subscribers who are looking for other superhero movies may like ‘Batman Returns‘ or ‘Wonder Woman 1984.’

Is Venom: Let There Be Carnage on Disney+?

Disney+ currently does not have ‘Venom: Let There Be Carnage’ in its catalog. Moreover, its highly unlikely that the film will be accessible on the streamer even in the near future. Therefore, people with a subscription can instead stream ‘Captain Marvel.‘

Where to Watch Venom: Let There Be Carnage Online?

The superhero film is accessible for rent/purchase on video-on-demand platforms such as Google Play, Microsoft Store, iTunes, Vudu, and YouTube. It is not available on any other platform, but we recommend checking platforms like Spectrum and DirecTV in the near future.

How to Stream Venom: Let There Be Carnage for Free?

The Tom Hardy-starrer is only available for rent/purchase as of now. So, if you wish to watch the movie free of cost, then you may have to wait for its release on a platform that offers a free trial. In the meantime, we encourage our readers to refrain from all illegal means and watch their favorite movies online only after paying for them.

Read More: Will There be a Venom 3?