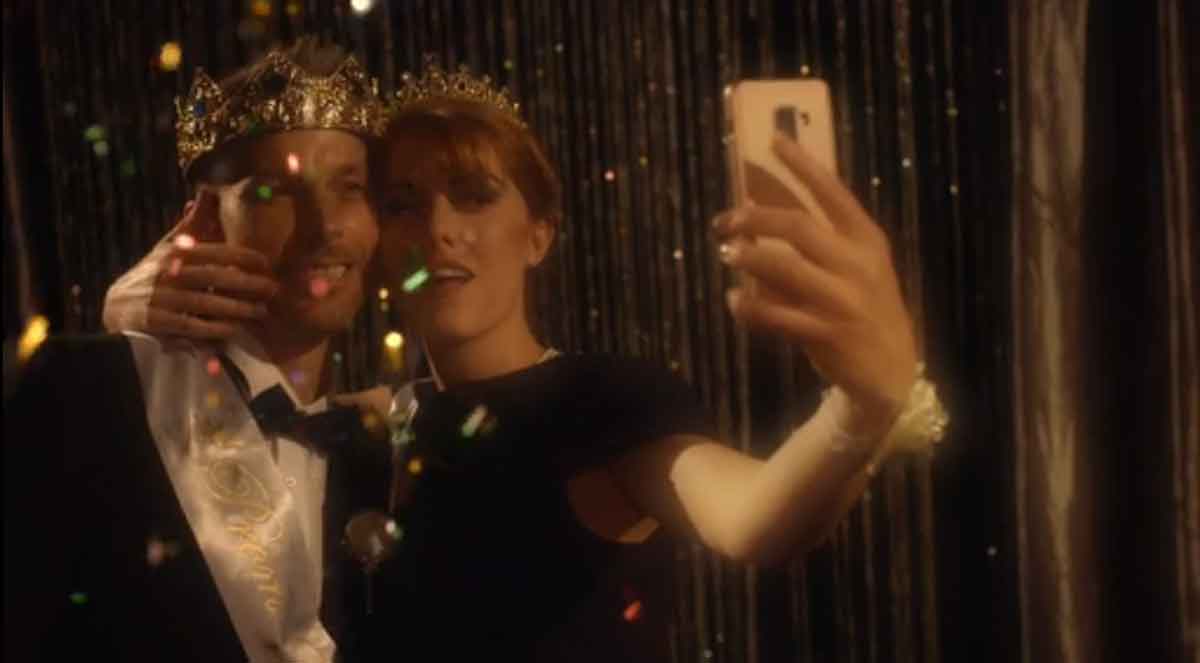 It is no secret that Lifetime and Hallmark are two networks that get associated the most with romance. Both the channels routinely present heartwarming television movies that viewers have come to enjoy greatly. However, Lifetime switches things up with ‘Killer Prom,’ a film that highlights the dangers of an obsession in a dark and thrilling manner. After the popularity of ‘Gone Girl,’ there has been an influx of movies with characters that will disturbingly not stop at anything to get what they want. Because of this, ‘Killer Prom’ boasts of a promising premise that many viewers would find enjoyable.

The Lifetime TV movie revolves around the seventeen-year-old Cayleigh Wilson, a high school senior whose year gets spoilt after the sudden death of her mother. Fortunately, her late mother’s distant cousin, Sienna, brings some light to Cayleigh’s life with her charm. She moves in with Cayleigh and her father and makes it her mission to cheer Cayleigh up. To do so, she decides to make Cayleigh’s senior prom extremely special for Cayleigh and will not stop at anything to do so…including murder.

Unfortunately, information regarding the specific filming locations of ‘Killer Prom’ has been scarce. Hence we cannot tell you about the exact and specific places where filming for the movie was carried out. However, upon digging around, we were able to find out the city in which the movie had been shot.

Brianna Barnes is one of the cast members of ‘Killer Prom’ (you can read more about the cast details of the movie below). She had shared the following Instagram post:

As you can see from the above picture, it is quite clear that the movie was filmed in the city of Ottawa in Ontario, Canada. Canada has been witnessing a spike in the number of productions being filmed in the country. The reason for that is primarily financial. The Candian government provides lucrative tax credits to filmmakers who opt to shoot in the country. This helps producers cut down on their filming budgets considerably.

As mentioned earlier, information regarding the specific locations within Ottawa, which were used to film ‘Killer Prom’ has been scarce. Hence, the only confirmed information that we can provide at this stage is the fact that the Lifetime movie was filmed in the Canadian capital.

Killer Prom Cast: Who is in it?

The cast of ‘Killer Prom’ is headlined by Yvonne Zima, who plays the role of Sienna. Sienna is depicted to be a psychotic character who will stop at nothing to get what she wants. Zima has appeared in projects such as ‘Iron Man 3′ and ‘The Young and the Restless.’ On the other hand, Mark Lutz plays the character of Tony Wilson. Lutz is best known for appearing in ‘Angel’ as Groosalugg. Apart from that, he has also appeared on ‘Friends‘ as a guest star.

Brianna Barnes, whose Instagram post is attached above, plays the role of Lauren King in the movie. She has appeared in projects such as ‘Shameless‘ and ‘Bombshell.‘  Other cast members include Gabriel Darku, Kyle Meagher, and Erica Anderson.