Kitty on ‘The Masked Singer’: Clues and Guesses 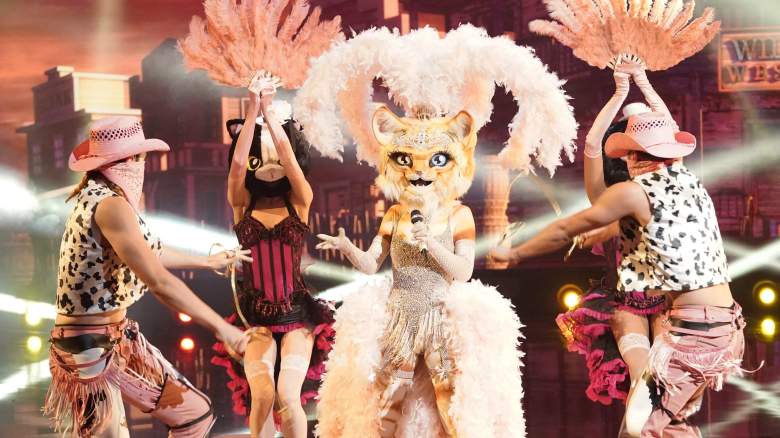 Out of all the performers in Season 3 of ‘The Masked Singer,” Kitty has kept us guessing the longest. Her intricate outfit, with the feathered boa, the different colored eyes, and very feminine appearance, has managed to throw us off our game. However, it has not stopped anyone from acknowledging that Kitty is one of the most energetic performers this season.

While she might not have the most energetic performances, they are certainly elegant, and her voice is beyond reproach. Naturally, she has sailed through the group stages and left her mark in the Super Nine round as well. Now, with the Smackdowns approaching, Kitty will have to be purrfect (perfect) to remain in the competition. Naturally, you might be wondering about who’s behind the Kitty mask. We have got you covered with the latest clues and guesses.

Kitty’s Super Nine clues she opens up about her life, saying that she’s struggled with self-image for a long time. She adds, “Even when I first got here, I felt like I was at a party for other people.” However, with the mask on, she feels assertive, confident, and beautiful. Kitty goes on to say that ‘The Masked Singer’ has allowed her ‘freak flag fly.’

For the Super Clue, she brings out Tree, from Season 2. Kitty says, “Christmas is truly the most wonderful time of the year.” Judges are left wondering whether this is a link to Ana Gasteyer. Kitty performs Celine Dion’s “It’s All Coming Back to Me Now.” For her April Fool’s clue, she adds that she was not dreaming when Robert Redford helped her get her very first role. You can check out the clue package here.

Despite several former theories about Kitty’s identity, we can safely say that Jackie Evancho is behind the mask. The clues about self-image ties in with Evancho’s issues of body dysmorphia, which she has spoken of openly. The hint towards Tree is not as much as a link with Ana but refers to the multiple Christmas albums Evancho has. You can check out a tweet about it below.

Any other Masked Singer Kitty candidates have a Platinum Christmas EP? pic.twitter.com/j1GgNpydcO

Kitty’s role with Redford refers to the time Evancho plays Redford’s character’s daughter in ‘The Company You Keep.’ Redford spoke about casting Evancho, saying, “And suddenly I’m skipping across these channels, and there’s this angelic face, this golden-haired angelic face … singing. And there’s a closeup, and I think: ‘Who is that?’ and she was singing Puccini’s opera.”

The bit about Oprah interviewing Group B singers also makes sense, as a younger Evancho was on her show. Earlier clues also point to Evancho, including the opera glasses from the first package. She’s known as an opera singer. The shattering rose could refer to Evancho’s recording of ‘La Vie En Rose.’ However, the biggest clue has to be Kitty’s bracelet to Thicke. The bracelet reads ‘Fireworks,’ and Kitty said their meeting was lit.

It refers to Evancho and Thicke’s performance at the Grove Christmas tree lighting and fireworks show, at Los Angeles, in 2011. The pirates we see in an earlier package might refer to the Pittsburgh Pirates baseball team. Evancho is a Pittsburgh native, so the hint makes sense.

Kitty’s friend refers to her enduring bullying, and Evancho has been vocal about facing bullying herself. For now, all the clues seem to point to Evancho wearing the Kitty outfit. With her skillset, the prodigy is expected to last in the competition a little longer. Thus, we can depend on more clues coming our way, to be sure if Kitty is indeed the former ‘America’s Got Talent‘ singer.