Lifetime’s Just What the Doctor Ordered: Everything We Know 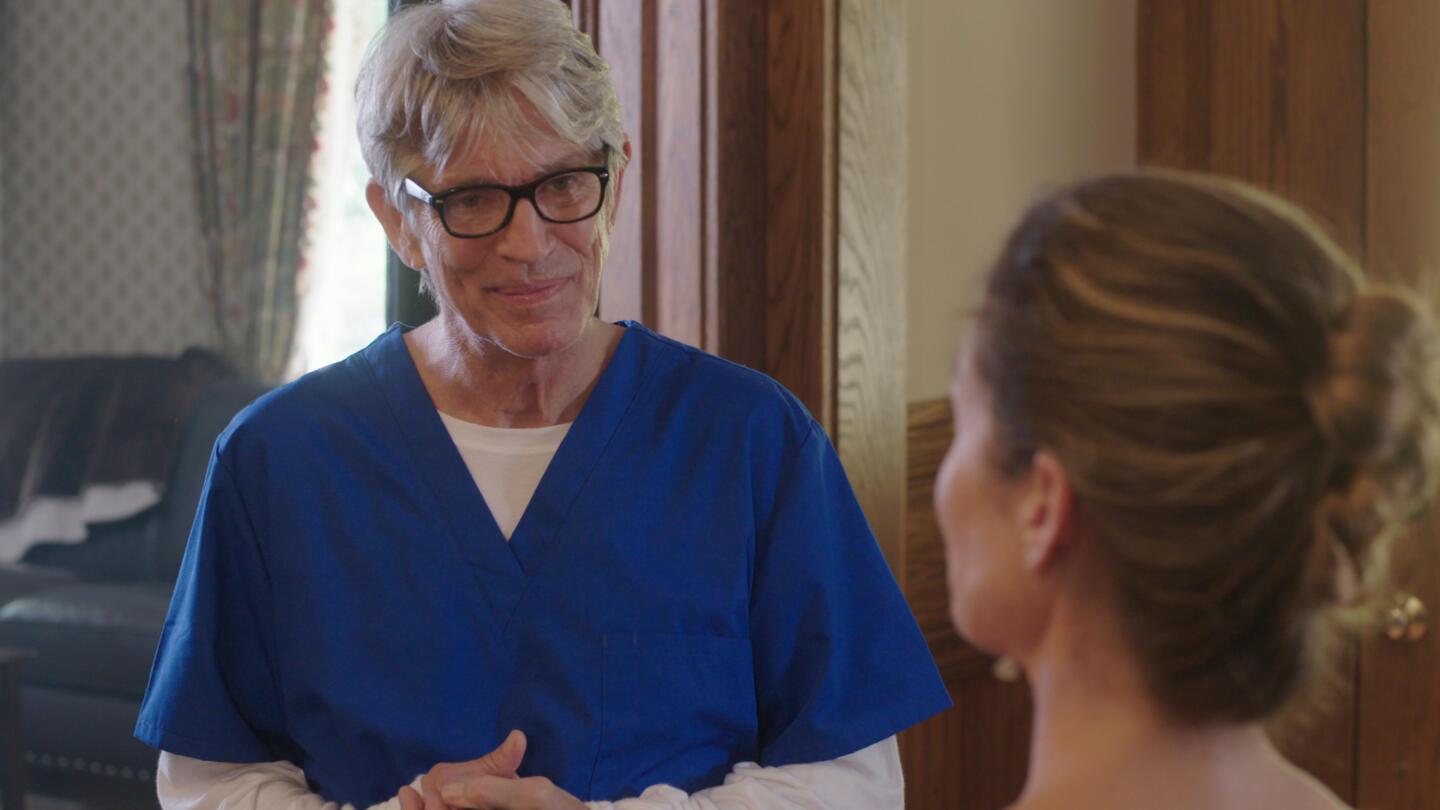 Directed by Jeff Hare, Lifetime‘s ‘Just What the Doctor Ordered’ is a thriller movie that revolves around Dr. Albert Beck, a dangerous criminal who escapes the psychiatric prison and hides in a house which he believes to be empty. However, soon after his arrival, the new owners move in, and Beck is forced to move into the attic to avoid getting caught. As he observes the family live together, he slowly gets attracted to an 18-year-old girl and begins to take frightening steps to get closer to her.

The thriller film manages to scare as well as make the viewers contemplate all the possibilities and keeps them on the edge of their seats. Some of them may wish to learn more about the film’s origins, cast, and other details. If you are someone like this, we have got you covered.

The Lifetime thriller movie was filmed entirely in Georgia. The southeastern US state is a sought-after filming location because of the moderate climate and a wide variety of locations. Some of the production projects in the state include ‘The Vampire Diaries,‘ ‘Cooking up Christmas,’ ‘Killing the Cheerleaders,’ ‘Saving My Daughter,’ and ‘Envy: A Seven Deadly Sins Story.‘

The filming for the thriller movie took place in numerous locations in the Empire State of the South, so without wasting any more time, let’s have a look at them.

‘Just What the Doctor Ordered’ is filmed primarily in Atlanta. The production reportedly took place around August 2020. Because of the coronavirus pandemic, the makers were forced to use a house as production offices, and the filming was done with the COVID-19 safety measures like masks and social distancing. Adrian Eppley, who plays the role of the detective Gail Matthews, shared a photo on Instagram to express her feelings about being a part of the movie.

The filming for ‘Just What the Doctor Ordered’ also took place in some locations in Newnan. Located in Metro Atlanta, the city is quite a popular film and television production destination. Some projects shot there include ‘October Road,’ ‘I’ll Fly Away,’ ‘Fluke,’ ‘The Walking Dead,’ and ‘Insatiable.’ It is popular for McRitchie-Hollis Museum, Brown’s Mill Battlefield Site, Senoia Area Historical Society Museum, Dunaway Gardens, and Greenville Street Park.

Just What the Doctor Ordered Cast

Eric Roberts essays the role of Dr. Albert Beck, the deranged criminal who escapes the psychiatric prison. He is best known for the biographical drama movie ‘Star 80.’ Carrie Schroeder appears as Maggie Newell, the owner of the house where Beck is hiding. You may recall watching the Australian actress in the drama series ‘I Am Frankie.’ Grace Patterson portrays Maggie’s daughter Alexa Newell. You may recognize her from television movies like ‘Who Is Killing the Cheerleaders?‘ ‘Dying to be a Cheerleader,’ and ‘Stranger Among Us.’

Is Just What the Doctor Ordered Based on a True Story?

No, ‘Just What the Doctor Ordered’ is not based on a true story. The makers of the film have not claimed any inspiration from a particular real-life incident or person. It is noteworthy that, like Dr. Albert Beck, there are doctors who take advantage of their innocent patients in real life. A prominent example that immediately comes to mind is Dr. Myles Bradbury, who admitted to sexually abusing several boys in his care.

The emotional and psychological harm that he inflicted upon his cancer patients shocked the world, and he was sentenced to twenty-two years in prison. In the movie, Beck repeatedly tries to take advantage of Alexa’s hereditary heart condition to get closer to her. So, although unknowingly, the film does familiarize viewers with unthinkable real-life crimes and makes us more aware of the dangers that may lurk around us.

The credit for the captivating plot of the thriller movie goes entirely to Ken Sanders (who birthed the original story) and the screenwriter Daniel West, who helped flesh out all the twists and turns in the film. Since none of the writers or the actors involved in the project have said that a real-life incident inspires the film, it’s safe to conclude that ‘Just What the Doctor Ordered’ is not based on a true story.