Lifetime’s Tracking a Killer: Everything We Know 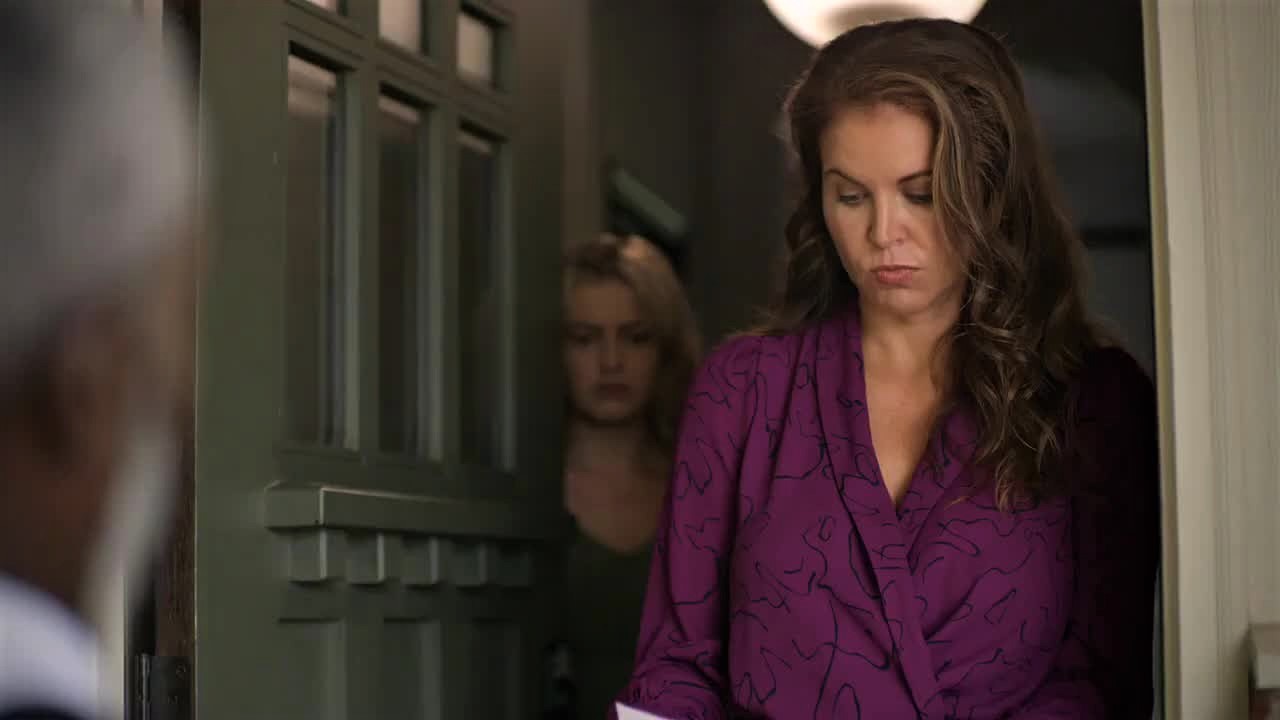 Directed by Richard Switzer, Lifetime’s ‘Tracking a Killer’ is a murder-mystery film that centers upon Haley, a high school girl who is emotionally struggling to cope with her father’s death. Practicing for the high school track team with her friends Elaina and Abby helps her deal with anger management issues. But when Abby is brutally murdered, the cops feel Haley may have something to do with it since the two friends had an altercation just before the murder.

The case becomes even more complicated when the assistant track coach gets killed, and this time cops even find DNA evidence to convict Haley. However, before they get their hands on Haley, she goes missing, and her mother, Michelle, begins a desperate search for her daughter. The conflicting story of such murder cases can leave viewers scratching their heads, leading many to wonder about their origin and other details. If you are curious about the same, we have got your back!

Also titled ‘Fatal Frenemies,’ the murder mystery movie was filmed entirely in Oklahoma. The film’s production reportedly began sometime in August 2020 and wrapped up in a few weeks in September of the same year. The varied terrain of the state includes snow-capped mountains, subtropical forests, and arid plains, which offer ideal conditions for film production projects, especially those that need filming in different conditions.

Over the years, the state has unsurprisingly hosted the shooting of several Lifetime movies like ‘How I Met Your Murderer,’ ‘Sorority Sister Killer,’ ‘Deadly Dating Game,’ and ‘In Bed With a Killer.’ The filming for ‘Tracking a Killer’ took place in several locations in Oklahoma. So without much ado, let’s learn about the specific locations!

Oklahoma City, the capital of the eponymous state, is the principal filming location for Lifetime’s ‘Tracking a Killer.’ Since the film’s production took place when the western world was recovering from the first wave of the COVID-19 pandemic, the shooting was done with all the precautions like masks and social distancing. Surrounded by one of the world’s biggest petroleum fields, OKC is famous for its cowboy culture.

The cash rebates offered by the state make the city an attractive filming destination, and it’s not surprising that despite the coronavirus pandemic, its film industry remained largely unaffected. Huntington Daly, who appears as Luke in the movie, posted a video on Instagram to thank the team behind the film for making the wonderful project possible despite the challenges.

Several crucial shots in the movie were taken in Edmond, Oklahoma. Located North of Oklahoma City in Oklahoma County, Edmond is home to picturesque natural locales, including the beautiful Arcadia Lake, several parks, and numerous other spots to unwind and de-stress after a hectic week at the office. Its proximity to Oklahoma City has made it a sought-after filming location, and over the years, the city has attracted numerous film production projects.

Laurie Fortier, who is best known for her roles in ‘Running the Halls’ and ‘Push,’ essays the role of Michelle. The California-born actress Jane Dillon appears as Michelle’s daughter Haley. Sahara Ale portrays Haley’s high school friend Elaina. You may recall watching her on ‘The Starter Marriage’ and ‘Run Hide Fight.’ Ashton Leigh plays the role of Brooke. You may recognize her from television movies like ‘Nanny Seduction’ and ‘American Horror House.’

Is Tracking a Killer Based on a True Story

No, ‘Tracking a Killer’ is not based on a true story. One of the central plotlines of the movie is the suspicion that Haley is the murderer, as all the evidence point to her. But there is undoubtedly more to the story as her mother is confident that the case is more complicated than it seems. Wrongful convictions happen more often than most people realize, and although the system tries its best to punish the culprits, sometimes the survivors themselves end up paying a hefty price for someone else’s crimes. 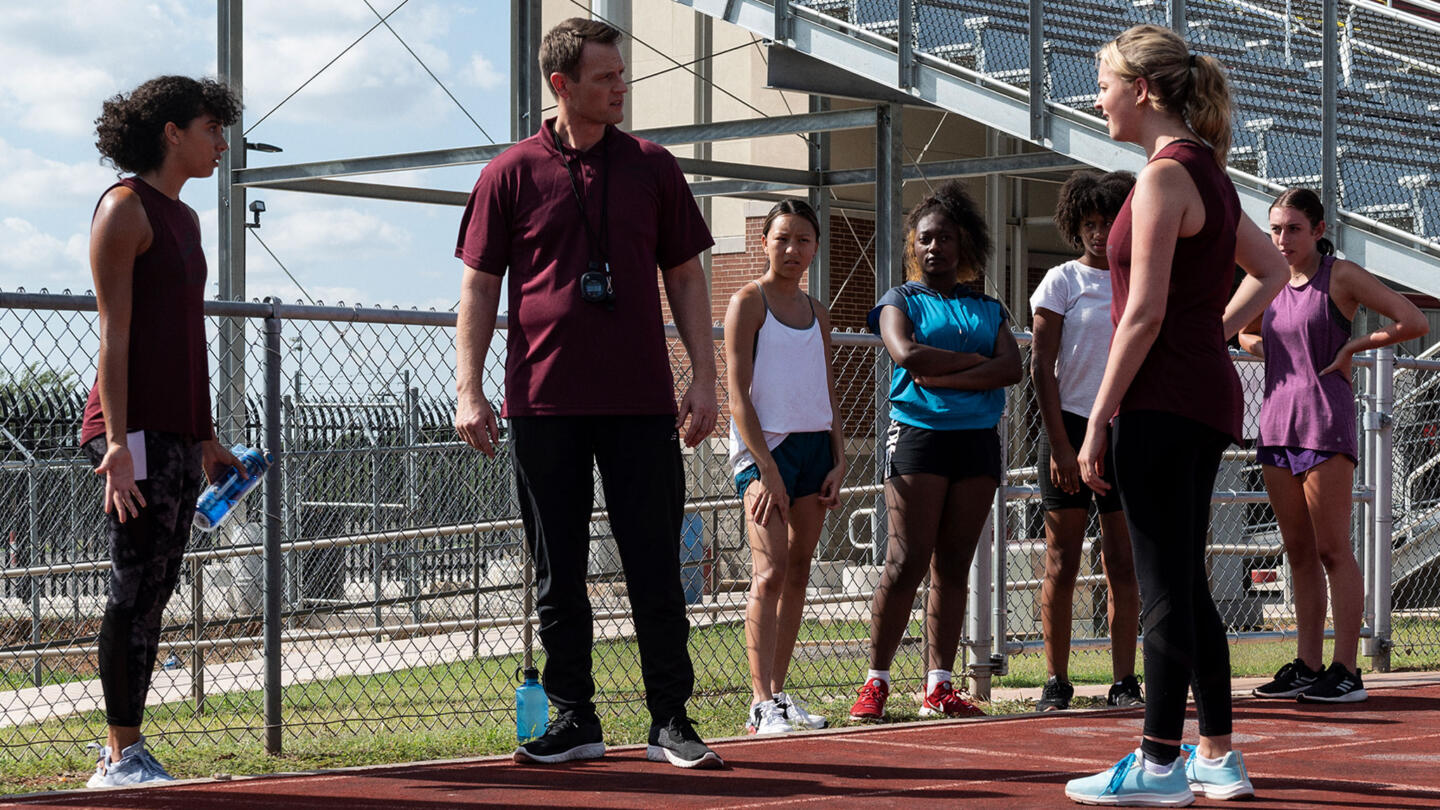 There is no dearth of such unjust cases, but the one name that immediately comes to mind is Cathy Woods, who spent 35 years in prison for a crime that she did not commit and was only proven innocent thanks to DNA evidence. In 1979, while Cathy was a patient at a psychiatric hospital in Louisiana, she told her counselor about “a girl named Michelle being murdered in Reno.” It led to an investigation that later got her convicted for the killing of Michelle Mitchell in 1980.

After the state supreme court reversed her initial conviction, Cathy was found guilty for the second time in a 1985 retrial. It was only because of DNA evidence on a cigarette that led the investigators to Oregon inmate Rodney Halbower who was already convicted of murdering two people in 1980. Cathy was finally released from prison in 2014. She later sued the detectives, state, county, and cities for everything she had to endure and was paid $2.85 million by Nevada in damages. She also received $3 million from Washoe County and $3 million from Reno and Shreveport, Louisiana.

Although the plot of the movie is quite different from Cathy’s case, it just goes on to show that wrongful convictions happen quite often, sometimes due to the failure of the justice system or because of evidence deliberately planted by the killer to clear their name. With the help of Richard Switzer, the screenwriter Erin Murphy West came up with the captivating plot of the murder-mystery film that not only delves deeper into maternal love but also unintentionally introduces viewers to the grim realities of life. Since there is no evidence to prove that the movie is inspired by a specific incident, we can conclude that ‘Tracking a Killer Based’ is not based on a true story.