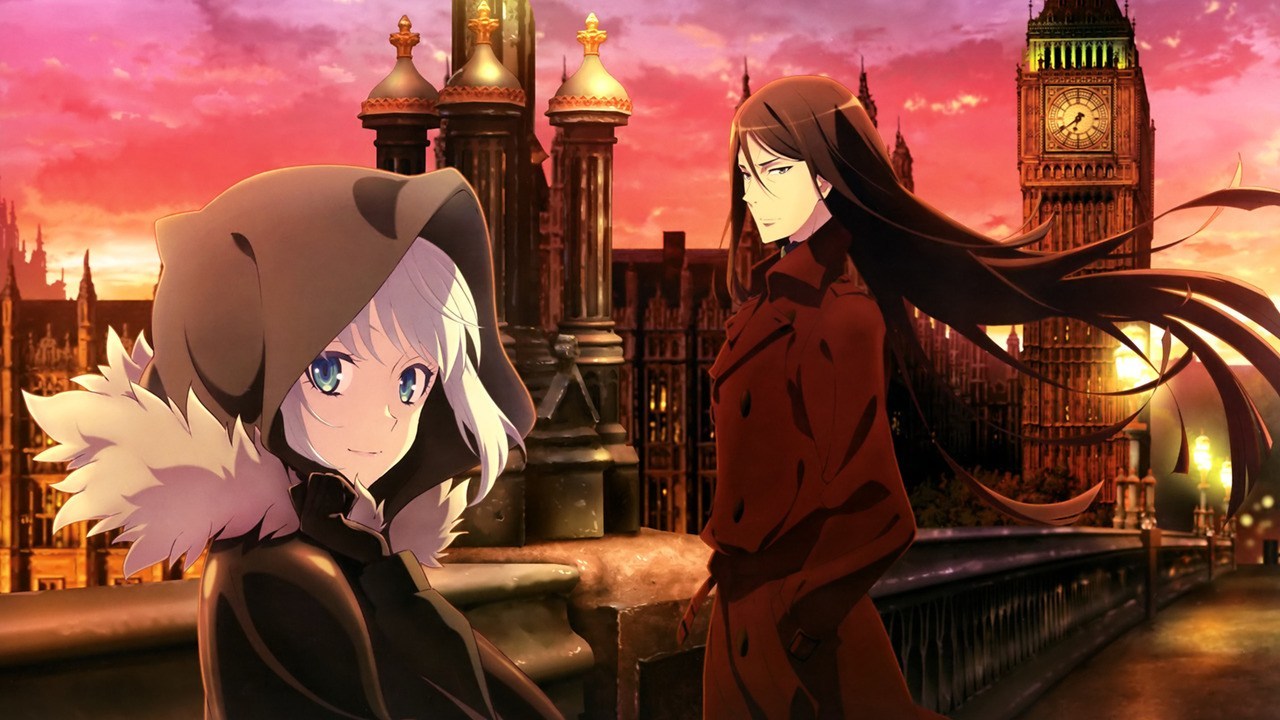 ‘Lord El-Melloi II Case Files’ is set in the same timeline as the main ‘Fate’ series. But what makes it a worthy spin-off is how it drifts away from the main storyline of the franchise and turns into a mystery thriller that revolves around Waver and his apprentice in London. When it comes to the overall mystery elements of the story, the cases that are presented are quite promising. But a lot of times, the characters pull off some unknown magical ability out of nowhere to solve these mysteries, which pretty much steals the fun from the solving process. The good thing about ‘Lord El-Melloi II Case Files’ is that you don’t really need any prior knowledge of the entire franchise to enjoy it. In fact, if you’re too familiar with the main series, you may not be able to adapt to the entirely different form of storytelling that this one uses.

While the main series has been animated by Studio Deen, ‘Lord El-Melloi II Case Files’ comes from a lesser-known studio that goes by the name TROYCA. Even then, the animation style and quality are no less than spectacular. The backgrounds look stunning and the character designs are just perfect. This version of the anime may not be the best in terms of the story, but it easily surpasses all the other seasons with its production value. Overall, ‘Lord El-Melloi II Case Files’ is a pretty decent show that every ‘Fate’ fan should watch. It is obviously not as captivating as the main series, but it is certainly entertaining in its own way.

The anime has been adapted from a light novel series that goes by the same name. It has a total of 10 volumes and the last one of these was published on May 17, 2019. Now it is clear that makers weren’t able to cover all the 10 volumes in a span of just 13 episodes. The question is, will 2 or 3 volumes of the light novel be enough for producing a whole new season of the show. And since the light novel series has already come to an end, we can’t really expect the mangaka to create more content. So a lack of source material is definitely a problem here, and we can only expect a few sequel OVA episodes in recent future.

The anime has indeed gained quite a lot of popularity in a short span and is being well received by most viewers. Unfortunately, we will not get to see much of this ‘Fate/Zero‘ spin-off anytime soon. But even then, if we get any official news regarding ‘Lord El-Melloi II Case Files’ Season 2, we will certainly update it here in this section. Till then, you should check out some other similar fantasy anime shows that are equally good.

An official English dub of ‘Lord El-Melloi II Case Files’ has not been released yet; but you can still stream the anime on Crunchyroll with its original English audio and Japanese subtitles.

The events of ‘Lord El-Melloi II Case Files’ take place 10 years after ‘Fate/Zero’ and just 2 months before the events of ‘Fate/Stay Night‘. The anime centers around a character named Lord El-Melloi II, the successor of Kayneth and former master in the recent Holy Grail war. He later becomes a prominent member of the Mage Association and only takes on the responsibility of managing the El-Melloi household.

However, when mysterious occurrences start haunting the entire country, he is forced to team up with a strange man named Gray. The two get together to solve all these cases that involve an advanced level of magecraft and conspiracies that have always lurked in the dark corners of the Association. While the entire main ‘Fate’ series revolves around the Holy Grail War, ‘Lord El-Melloi II Case Files’ takes a very different approach. It brings you an extremely gripping supernatural story and doesn’t come off as a battle anime.

Waver Velvet is the main protagonist of the series who becomes the Master of Rider in the Fourth Holy Grail War in ‘Fate/Zero’. After becoming a very respectable professor at the Mage Association, he comes to be known as Lord El-Melloi. He was born as the third generation of the Velvet family and despite his not-so-great family background, he grew up to become one of the best mages. His grandmother’s generation barely picked up any magecraft and even his mother only picked it up just to honor his grandmother. Out of all the members in his family, he is the only one who decided to walk on a serious path towards mastering magecraft. Though his mother often complained about the whole hierarchical system at the Association, it never really stopped him from pursuing a different path. After his parents die of illness, he sells all of their belongings to pay for his Clock Tower fee.

Initially, when he first became a third-year professor at the Clock Tower, barely any students attended his classes. But soon, everyone knew him because of the sense of practicality that he would bring to all of his lectures. While all the professors were busy struggling to gain power, he used his multilateral approach towards education to rise above them. When it comes to his appearance, he has long loose black hair and his face always has a dull boring expression. Quite often, he walks around with a cigar resting between his lips. In the Fourth Holy Grail War, he seems to be a narcissistic genius who has been spoilt by the riches of his family. But his character completely transforms in this anime and he becomes an extremely hard-working individual who does not take anything for granted. He also gets a lot of attention from his female students who often call him “Professor Charisma”. But all he cares about is his success as a magus. He also has an obsession for video games and invests a lot of money and time on them.

Gray is another main character of the series who is Lord El-Melloi’s assistant at the Clock Tower. She looks a lot like Saber from the ‘Fate’ series and it is also hinted that she might be distantly related to King Arthur. Because of this, just her face is enough to haunt Lord El-Melloi with the memories of the Fourth Holy Grail War. He later asks her to wear a hood just to cover her face.

Grey also possesses a strangely unique mystic code known as “Add”. Add is pretty much of a character in itself and is capable of having its own thoughts. It stays in birdcage and hides within Gray’s right sleeve. Add basically has just one simple function, which is to seal Rhongomynaid and make sure that it does not lose its identity. Add also has the ability to change its shape and evolve into many different forms of weaponry such as a lance-halberd, a bladed boomerang, a jet hammer, a bow with hammer and even a huge shield. It also has an alternate form where it appears as a Death Scythe, known as Grim Reaper. During intense battles, Gray chooses it as her ultimate weapon because it not only holds immense magical energy, but it also has a Spiritual body. By using this, Gray is able to demonstrate extraordinary agility which is beyond the capabilities of any ordinary magus. Add’s abilities seem to constantly grow throughout the series and it remains unknown if it even has a power limit.