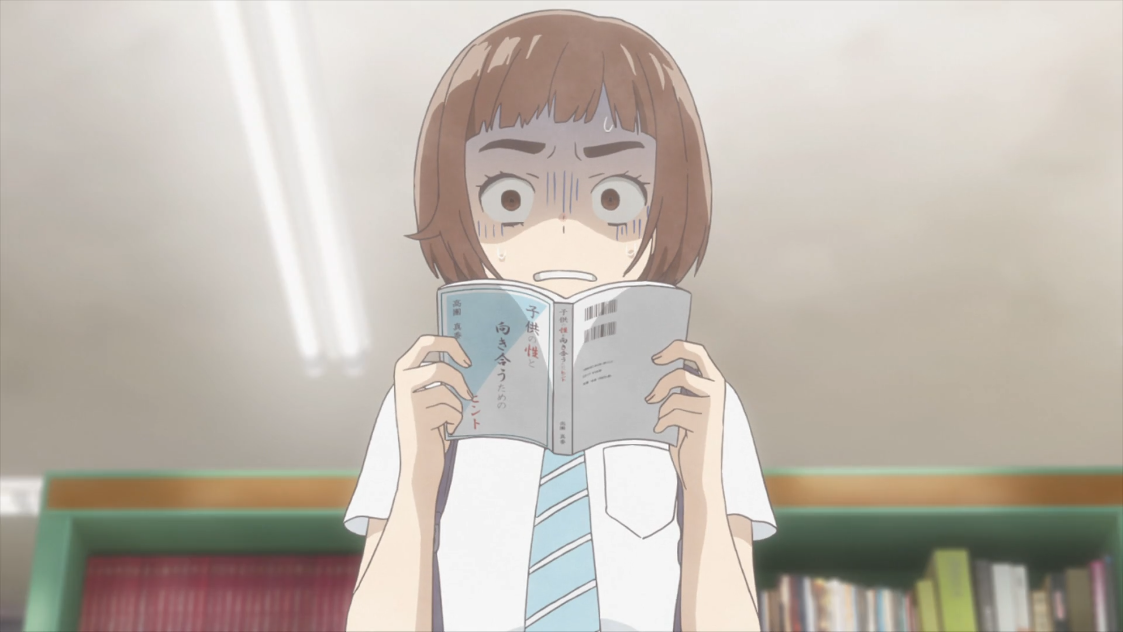 ‘O Maidens Of Your Savage Season’ is a simple slice of life anime that explores the feelings and sexuality of a bunch of teenage girls. As generic as this may seem, what makes the anime special is how it dives deep into the psychology of the characters instead of indulging in mindless Ecchi here and there. The whole execution has been done in a very realistic manner which makes this short anime very relatable, especially for a younger Shoujo audience. Despite having a pretty huge cast for its short runtime, the anime manages to effectively distribute its time to properly develop all the main characters. Along with this, it also brings in a few memorable side characters who make the presence of the protagonists more significant. The show starts off by portraying the insecurity of each of the characters and while these traits still remain throughout the story, new ones keep emerging, which adds a lot more depth to each of their personalities.

Coming from a lesser-known anime studio, the art style will take some getting used to as it is old and quite bland. But the more you watch the anime, the more you realize that the art style used is perfectly suitable for its simple heartwarming story. Apart from that, for the most part, the overall animation quality remains consistent and the character movements are also fluid. Even the emotions and expressions of the characters have been depicted in a very natural way which completely immerses you in the story.

If we compare ‘O Maidens Of Your Savage Season’ with other popular typical high school dramas, it sure is one of a kind and I would not only recommend it to Shoujo fans, but also to viewers who are looking for a deep coming-of-age show. Overall, ‘O Maidens Of Your Savage Season’ is a very relatable show that goes a little over-the-top with certain aspects of the story but at the end of the day, it leaves you with a warm “feel good” vibe. If you’ve already started watching this show and are wondering if it will get renewed after the first season, we might have some news for you in the next section.

O Maidens Of Your Savage Season Season 2 Release Date: When will it premiere?

‘O Maidens Of Your Savage Season’ Season 1 premiered on June 6, 2019 and with a total of 12 episodes, came to end on September 21, 2019. ‘O Maidens Of Your Savage Season’ has been adapted from a manga, that goes by the same name, which has had a total of 7 volumes. Since the last volume of the manga premiered recently on July 9, 2019, it is clearly not on a hiatus of any sort and will probably have more sequels in the future. Assuming that the mangaka will be producing more source material content, we can safely say that the anime will have at least one more sequel.

So far, the anime has been doing fairly well and has received an average rating on most platforms. But most fans will have to wait for a while now if they’re hoping to get a new season of this show because, as mentioned earlier, the creators will run out of all the present source material content that is available. It took the manga author close to two years to come out with the first six volumes of the manga. So keeping this in mind, we can probably expect a ‘O Maidens Of Your Savage Season’ Season 2 sometime in 2021. There has been no official news regarding ‘O Maidens of Your Savage Season’ Season 2 yet; but if we get any confirmations in the future, we will surely update it here in this section. Till then, you should definitely check out our list of other similar high school dramas.

Unfortunately, the English Dub of ‘O Maidens Of Your Savage Season’ is not yet available, but you can stream it on HiDive with original Japanese audio and English subtitles.

‘O Maidens Of Your Savage Season’ tells the story of the girls of a high school literature club. Just to break the ice, they all decide to answer a common question — What is that one thing you would like to do before you die? When one of them blurts out “Sex” as an answer, things take a hilarious and awkward turn. The show focuses on these characters as they journey towards adulthood and reaching emotional maturity.

Hitoha is another member of the club who loves to write erotica. She even starts dating a mysterious guy she meets online but never really reveals her true identity to him. Much later, when she decides to have sex for the first time, she arranges a meet up with the guy who she has been dating online. But to her surprise, the guy turns out to be a faculty member from her own school.

Kazusa Onodera is the main character of the series, who is Sugawara’s best friend and Izumi and Momoko’s child friend. She has always been in love with Izumi, but all this time she was scared to take a step forward and confess what she truly feels. Adding to that, the mockery by her classmates made her feel inferior and it demotivated her to make any efforts. As the tale goes on, however, she notices that Izumi is obviously sexually attracted towards Sugawara, who is known all over the school for her stunning good looks.

Rika Sonezaki is the president of the literature club who has a had a very strict upbringing. Because of this, she seems to be ashamed of her attraction towards the opposite sex and often acts quite prudish. However, compared to the other girls of the school, she seems to get along well with boys and shows no signs of awkwardness when she’s around them. After spending quite a lot of time with her guy friends and also being pressurized by the girls of the club, she starts to open up.

Momoko is a shy young girl who is Kazusa’a good friend. Just like all the other girls of the club, she shows a lot of interest in getting into a relationship with the boys of her school. But somewhere along the way, she realizes that she is actually into girls and was somehow mistaken about the true nature of her sexuality. She later falls in love with Sugawara but after realizing that she has a thing for Izumi, Momoko starts falling into a deep state of depression.

Voiced by Chika Anzai, Niina Sugawara is a beautiful young girl who is known as the “crane” of the school because of her fragile and simplistic features. But she tends to ignore the attention that she gets because of all the harassment that she had faced as a child. Much later, she starts to develop feelings for Izumi after she realizes that not all boys are the same. But this later leads to a lot of conflicts between her and her best friend as both of them start falling for the same guy. And as this love triangle further flourishes, the loyalty of the two best friends, Niina and Kazusa, is tested to its limit.

Izumi is the only main male character of the series, who is Kazusa’s childhood friend. Later, Kazusa and Sugawara start falling in love with him, which leads to a lot of conflicts between them. He has no sexual experience and has never been in a relationship before. He also seems to have no knowledge about love and relationships and till the very end, he seems to be confused about what differentiates true love from infatuation.

Tomoaki is a male teacher at the high school, who is forced to become the advisor of the literature club after Hitoha starts blackmailing him. Nicknamed as Milo-Sensei by Hitoha, he later gets into a relationship with her and though he is a little reluctant about it, he is forced to stay in it as he fears that Hitoha might reveal all of his secrets.

Read More in Anime Preview: A Certain Scientific Accelerator | Do You Like Your Mom?