Do You Like Your Mom? Season 2: Premiere Date, Plot, Characters 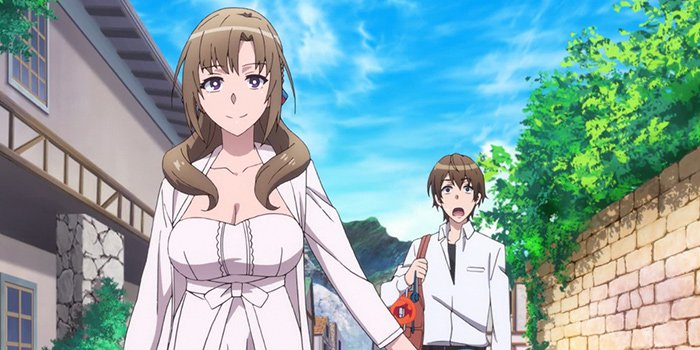 There has been a wave of Isekai Anime in the recent years. Anime creators have been consistently creating shows that are so similar to each that you can just watch one of them and you’ll pretty much know what happens in all the others. While the first few Isekai shows like ‘Sword Art Online‘ and ‘Overlord‘ proved to be very successful, many anime viewers are now starting to despise the whole genre. And while fans are busy hating on it, creators are just looking for new ways to revive it. ‘Tsuujou Kougeki’ is another one of those Isekai anime that has been receiving a lot of mixed reviews. The ones who are still in love with the idea of characters getting summoned into fantasy worlds are able to appreciate it for what it offers. But there are also others who just can’t stand it because of its stereotypical elements.

The storyline of this show is exactly what you would expect it to be. The only difference here is that the main protagonist also ends up finding his mother in the gaming world he gets transported to. Coming from J.C Staff Studio, which is known for producing anime like ‘DanMachi‘ and ‘Toradora!‘, it comes as no surprise that the animation quality is great and remains consistent throughout. Even the use of CGI seems to be pretty good and fits the whole fantasy world setting. In the sound department, the opening theme is a little catchy but the other soundtracks are just ordinary. If you’re already done exploring the whole generic Isekai setup, then there’s nothing in this anime for you. But if you’re just looking for a lighthearted show to kill your time, then this is your pick.

Tsuujou Kougeki Season 2 Release Date: When will it premiere?

‘Tsuujou Kougeki’ Season 1 premiered on July 13, 2019 and with a total of 12 episodes, came to end on September 28, 2019. The anime has been adapted from a light novel series that goes by the same name and so far, it has been loyal to its source material. Though the show has gained some popularity in a short span, most fans seem to have a problem with its typical Isekai setup. Still, to the delight of ardent fans of the anime, studio has announced an OVA, titled Tsuujou Kougeki ga Zentai Kougeki de Ni-kai Kougeki no Okaasan wa Suki Desu ka, that will release on March 25, 2020.

As far as the main show is concerned, what seems to be in its favor is that its manga is still publishing. But then again, like many other typical anime shows out there, season 1 of ‘Tsuujou Kougeki’ might only be a promotional season for the manga itself. So as of now, its renewal is still up in the air, but if there are any updates regarding ‘Tsuujou Kougeki’ Season 2 in the future, we will surely update it here in this section.

As of now, no legit platforms are streaming ‘Tsuujou Kougeki’ but as soon as we get any updates its licensing and online streaming, we’ll update it here in this section.

‘Tsuujou Kougeki’ is a gaming Isekai anime where a high school teenager named Masato gets involved with a government scheme and is magically transported to the world of a video game. But surprisingly, he even finds his own mother in this new world. Being the typical mom that she is, she tries to blend in with him and his friends and makes the whole situation even more awkward. What follows is an adventure of a mom-son pair who explore the depths of their new world and end up making a few friends along the way.

Masata Oosuki is the main protagonist of the show who becomes the test player of a game after he completes a survey conducted by the government. He then gets transported to a new fantasy world where he must learn to survive. For his age, he is quite tall and has an average build. He has brown short hair with bright blue colored eyes and is considered to be really good looking. Even in the new gaming world, a lot of girls seem to have a crush on him. Compared to his mom, he turns out to be really weak in the game and because of this, he often gets really embarrassed. He also hates it when his mother acts too overprotective in the gaming world and there are also times when he wishes she wasn’t around.

All he wants to do is to make a name for himself in the new world, but in his quest to do great things, he often ends up making a fool out of himself. In the real world, he just wears normal clothes like every other teenage boy. But after getting transported to the fantasy world, he wears a long blue colored overcoat along with a white formal shirt and black trousers. Along with all of this, he also keeps a katana with him that has a fancy blue handle. On the outside, he does look like a true warrior who is capable of fighting the strongest enemies, but he is never really able to reach his true potential because his mother keeps overshadowing him and he often commits stupid mistakes. Though he hates how his mother is easily able to succeed at everything that he wants to do, he later learns to appreciate everything that she does to protect him.

Mamako is the female protagonist of the show, who is Masato’s mother. She often seems very silly but loves her son and genuinely cares for him. But she is so protective about him that it’s downright annoying. Even when it comes to the other members of the group, she treats all of them like they are her own adoptive children. This not only makes them feel awkward but is extremely embarrassing for her son. Surprisingly, she is also one of the strongest characters in the game and easily overpowers her son. She carries two powerful swords that further add to her magical abilities.

Despite being powerful, she never tries to boast about her powers and never intends to make her son feel bad about his own abilities. She just naturally turns out to be so much better than everyone else and Masato can’t help but envy her. Masato often expressed hate towards her overly expressive love but that never really changes how she feels and she continues to pamper him. Only later does he learn to appreciate all the sacrifices that she makes just to keep him safe.

Wise is one of the key members of Masato’s group. She is extremely proud of herself and often everything she does is driven by her ego. She does have a kinder side as well, but this side only comes out when she’s in a very vulnerable state. Her mother is really powerful just like Masato’s mother. But she ends up becoming a strong adversary after she abandons their team and turns against them. Her sense of power completely destroys her and turns her into an unexpected enemy.

Medhi is Masato’s classmate in the gaming school and is usually very kind towards him. She also proves to be a very powerful mage in her own unique way. Her mother always interferes and pressurizes her to exceed her potential at every task. But when her mother’s plans backfire, she gets really pissed off and mutters about how much she hates her.

Porta is another member of Masato’s group who plays the role of a craftsman. Her main responsibility is to collect and store all necessary items and she always tends to support all the decisions made by Masato and his mother.

Read More in Anime Preview: How Heavy are the Dumbbells You Lift? | Carole and Tuesday