‘Lost‘ premiered on September 22, 2004, and ran for six seasons before finally concluding with the series finale airing on May 23, 2010. It follows a group of survivors of the fateful Oceanic Airlines Flight 815, which crash lands on a mysterious island. The series, created by J. J. Abrams, Damon Lindelof, and Jeffrey Lieber, is billed as a survival drama and features science fiction and supernatural elements that add mystery and intrigue to the show. However, as a result of these elements, the plot becomes increasingly complicated by the time it reaches its conclusion.

After numerous deaths, twists, fights, escapes, flash-forwards, flashbacks, and flash-sideways, the journey comes to an end in what can only be described as one of the most decisive series finales of all time. If you invested your time and emotions in the story but were left perplexed by the ending, allow us to unravel some of the complex answers the finale provides to the many long-standing mysteries of ‘Lost.’ SPOILERS AHEAD. 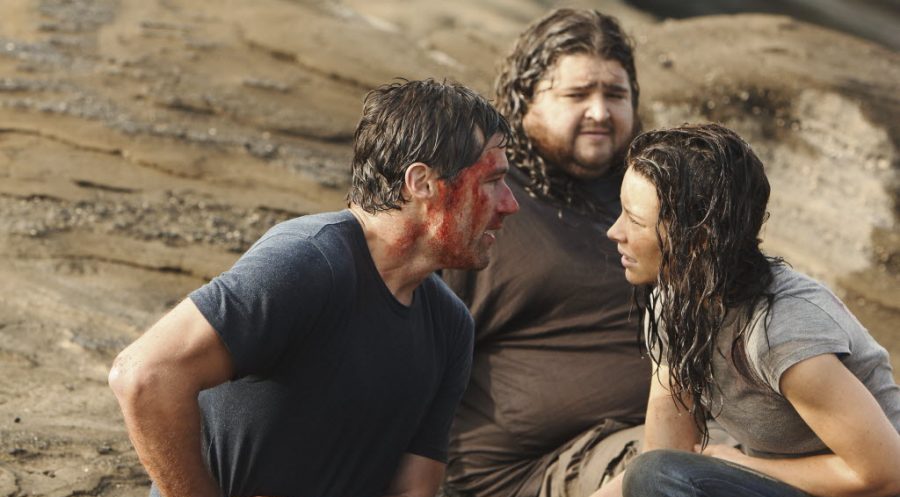 The Man in Black, Ben, Desmond, and Jack’s group eventually arrive at the island’s heart — the source of its mystical powers. Hidden inside the island’s heart lies a pond with a stone cork floating in the center. Desmond, who is immune to its electromagnetic waves, removes the cork. This creates a disruption, and the island begins to collapse. In the flash-sideways, most of the Oceanic Airlines Flight 815 survivors begin to recognize each other and reunite inside a church. Whether or not Jack manages to stop the island’s destruction and if the survivors escape the island makes up for the rest of the plot.

Lost Season 6 Ending: What Happens to the Man in Black?

Towards the end, Jack and the Man in Black fight. Jack is badly stabbed by the Man in Black, who Kate shoots in the back, thus allowing Jack to throw him over the ledge, effectively killing him. Jack tells Kate and Sawyer to escape, and they race towards the Ajira Airlines plane so they can escape the island. Jack heads to the pool to stop the island’s destruction. Hurley and Ben follow Jack, and with their help, Jack restores the stone cork. The island is saved, but Jack disappears in a blinding white light. The last scene shows Jack washed up on the shore and in Vincent’s company. He sees the Ajira Airlines plane fly to safety before his eyes shut, and he passes away.

However, when Desmond removes the stone cork, the island’s powers are nullified. This temporarily makes the Man in Black mortal, and Jack is able to kill him. While we do not get a clear explanation of the island’s powers, it is safe to say that the various supernatural occurrences on the island were a result of the tussle between the brothers. Thus, the death of the Man in Black closes the story’s mythological aspects. In the end, Hurley becomes the new protector, and we can only hope he finds a better way to protect the island than Jacob.

After his fight with the Man in Black, Jack goes back to replace the stone cork. He is lowered into the empty pond by Hurley and Ben. However, after the cork is placed, a white light engulfs him, and we do not see him again on the island until the very end. In the flash-sideways timeline, Jack wakes up, and we are led to believe that the white light took him to this pocket of metaphysical space. His conversations with his father indicate that he has died.

This is confirmed in the final scene of the show. However, Jack did not die in the heart of the island. He washes out to the shore and succumbs to stab wounds. The shot is reminiscent of the show’s first scene and brings Jack’s journey full circle. A man who believed himself to be unworthy found his self-worth and a sense of purpose on the island. In the end, Jack makes the sacrificial play that helps his friends get off the island and fulfills his duty as the island’s protector.

What is the Significance of the Flash-Sideway Scene?

‘Lost’ is mainly comprised of two key aspects — the supernatural mysteries and the interpersonal conflicts between the survivors. Therefore, it is fitting that the finale has two endings in a manner of speaking. The flash-sideways is introduced in the sixth season. We are led to believe that this is an entirely new alternate timeline where the Oceanic Airlines Flight 815 never crashed. In the flash-sideways, we see the various survivors interact with one another over the course of the season. 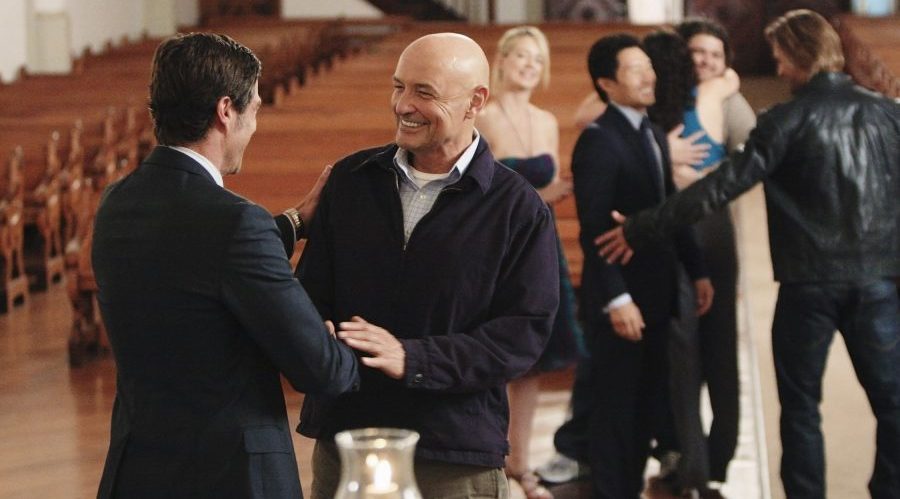 In the series finale, we learn that the church is a meeting spot outside the usual space-time continuum. There, the survivors meet after their deaths. However, it is made clear that their experiences on the island were, in fact, real and not some sort of purgatory as fans had suspected. So how did they all arrive at the same time despite dying separately? That is never quite explained, but we are given the impression that the flash-sideways is like a waiting room area for the afterlife or an extension of the afterlife itself. The interactions we see over the course of the season somehow likely balance the timeline of deaths so that everyone can meet up before “moving on.”

In the end, everyone present in the church is able to make peace with each other, and a bright white light engulfs them as they move on, presumably to the next world. While this may not satisfy the curiosity of the viewers, the ending allows viewers to revisit their favorite characters from the show’s history one last time. It is indeed satisfying to watch everyone in one room. The moments in which the survivors remember their shared time with each other are an invitation for the audience to reminisce about their time with the characters and the show. It is a befitting and deeply moving ending; that is also the reason why the series finale continues to produce polarizing opinions.

Why Didn’t Ben Enter the Church?

Benjamin “Ben” Linus is one of the most intriguing characters on the show. He starts off as an antagonist but later becomes a reluctant ally of the survivors. He is manipulated into killing Locke by the Man in Black. In the series finale, it is confirmed that Ben stayed back with Hurley to protect the island. Their interaction outside the church hints that they spent many years on the island. However, when Hurley invites Ben inside the church, Ben declines and says he has a few things to work out before he can move on. 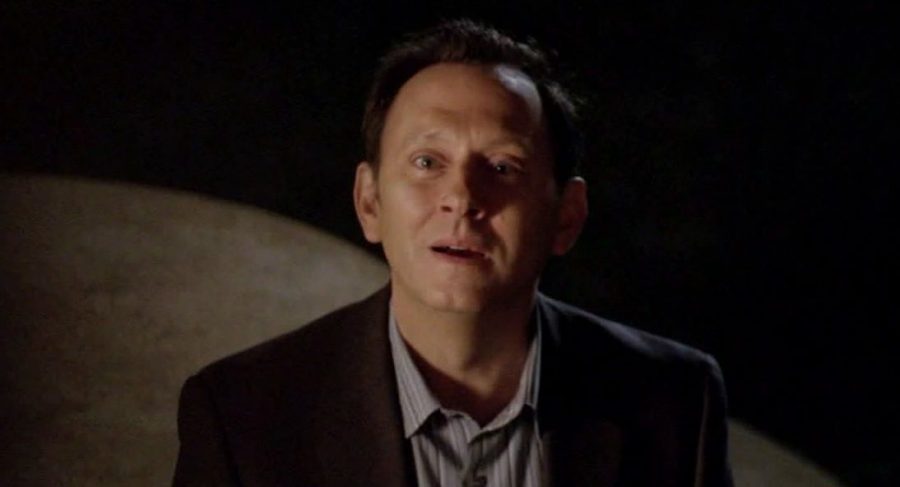 It is never quite explained what these issues Ben needs to work out are. As Christian explains, the flash-sideways is a space for the survivors to make peace with each other. Here, Ben apologizes to Locke for killing him, and Locke forgives him. While Ben did some seriously questionable stuff on the island, one would assume that the time spent protecting the island and forgiveness from Locke would be enough for him to get peace and move on. Alas, that is not the case.

However, another question that arises is if the rest of the people he met on the island have moved on, who does Ben need to work things out with? It is possible that Ben needs to find self-forgiveness in order to move on. Given the character’s morally ambiguous personality for most of the show’s tenure, this makes perfect sense. A man with no apparent sense of morality finding it hard to forgive himself after realizing his errors is a beautiful piece of character development and in itself is a perfect ending for Ben.

Was Jack Destined to Kill the Man in Black?

Jack is arguably the most important character in ‘Lost.’ He becomes the leader of the survivors and eventually kills the Man in Black. Before arriving on the island, Jack struggled with a sense of purpose largely due to his relationship with his father. In many ways, not just the finale but the entire final season hints that Jack is destined to kill the Man in Black. However, this raises the major question: why did the other survivors end up on the island? 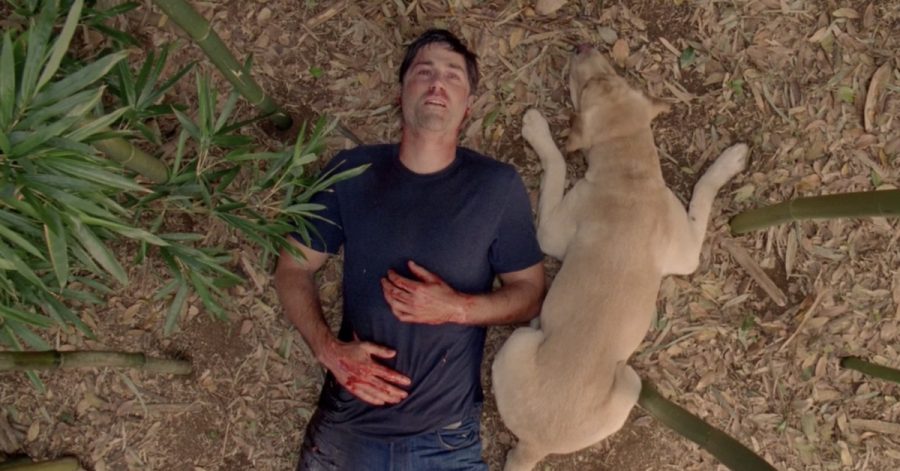 Jacob knows that the Man in Black will eventually find a loophole that will allow him to kill Jacob. Therefore, he brings outsiders to the island so that he can choose his successor. This explains the early trials and tribulations of the survivors as survival of the fittest takes on a very literal meaning. However, if Jack is the one destined to kill the Man in the Black, he is surely the obvious pick as the successor.

The answer seems to be slightly complicated since Jack’s tenure as the island’s protector is short-lived. He also receives help from Kate and Desmond in killing the Man in Black. Therefore, there is no certainty that Jack was destined to kill him. Had Jack been the only one to remain back on the island, he wouldn’t have been able to save the island either as he needed Hurley and Ben’s help in doing so. Ultimately, Jacob’s decision to bring these candidates to the island instead of just Jack proves to be crucial in securing the island’s long-term future.

Jack being the one to kill the Man in Black is fitting in multiple ways. As someone who has been reluctant to take on the leadership role and denies believing in the supernatural (since he is a man of science), Jack killing the Man in Black has more to do with his growth as a person than destiny. The island’s heart is the source of life, death, and rebirth, and Jack is metaphorically reborn through his experiences on the island. Killing the Man in the Black allows Jack to find his purpose and allows the writers to bring his journey full-circle, highlighted with a heroic moment.

Read More: Where Was Lost Filmed?