Love in the Forecast Filming Locations and Cast 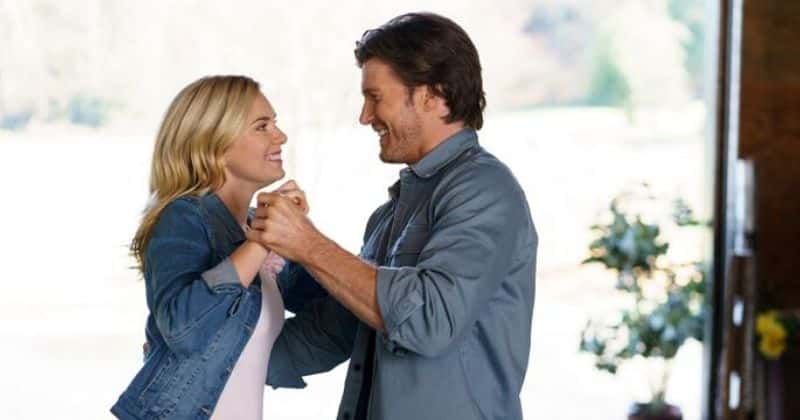 Some people believe that when one wants a certain thing intently and works towards it, the universe will conjure up a thousand ways to make that happen. Others believe that the very thing one tries to run away from is materialized first. Whatever school of thought you believe in, one thing is for certain: love can pop up anywhere, without a warning or plan. ‘Love in the Forecast’ is a Hallmark movie that toys with that nature of unpredictability of love. In doing so, it explores the notion of staying open-hearted to romance rather gleefully.

Hallmark Channel, “the heart of TV” is known for presenting sunny, candy-coated romance movies regularly. Such television films prove to be cozy viewing experiences not just because they can be viewed from the comfort of one’s home. Hallmark films prove to make viewers optimistic despite the uncertainties of romance due to their familiarity and non-complex characters.

‘Love in the Forecast’ is a movie whose title works both literally and figuratively. When it comes to the latter, the movie, as mentioned earlier, tackles the idea of the unpredictability of love. When it comes to the literal level, the film revolves around a protagonist, Leah who is a weather reporter. When she decides to stray away from dating for a full year, life seems to have other plans, making her a “magnet for men.” She quickly befriends her neighbor, Mark who shows her how to predict the weather with normal, non-sciencey ways. Soon, the two start to develop a romantic connection.

Love in The Forecast Filming Locations

‘Love in the Forecast’ sports a small-town feel which is similar to various other Hallmark movies. This allows the film’s story to feel more breezy. A large part of the film is set on a farm, with tons of adorable animals. Hence, it is natural for viewers to wonder where the movie has been filmed.

Information regarding the filming locations of ‘Love in the Forecast’ seemed to be scarce at first. However, a few sources revealed that the movie was earlier titled ‘When It Rains It Pours.’  This fact was confirmed by IMDb. With that title, we were able to find out that the movie was filmed in Vancouver, British Columbia in Canada, evidenced by the Instagram posts of those involved. Since the movie was titled ‘When It Rains It Pours,’ that is what these posts mention too. Have a look at the following post by the director of the movie, Christie Will Wolf:

One of the hashtags of the post confirms that the movie was filmed in Vancouver. This was also confirmed by a post by Ryan McDonell, one of the cast members of the movie:

Have a look at some other behind-the-scenes photos:

Love In The Forecast Cast: Who Is In It?

The character of Leah is played by the Canadian actress, Cindy Busby. She is known for starring in the Hallmark series, ‘Heartland‘ apart from productions like ‘Vampire Diaries,’ and ‘Supernatural.’

Opposite Busby, the character of Mark is played by Christopher Russell. He is also a Canadian actor and has starred in production such as ‘Star Trek: Discovery,’ and ‘Supernatural.’ Moreover, he has also appeared in other Hallmark TV movies such as ‘The Mistletoe Secret,’ and ‘All Summer Long.’ Other cast members of ‘Love in the Forecast’ include Donna Benedicto, Ryan McDonell, and Jennifer Copping.