Love in the Villa Ending, Explained: Do Julie and Charlie End Up Together? 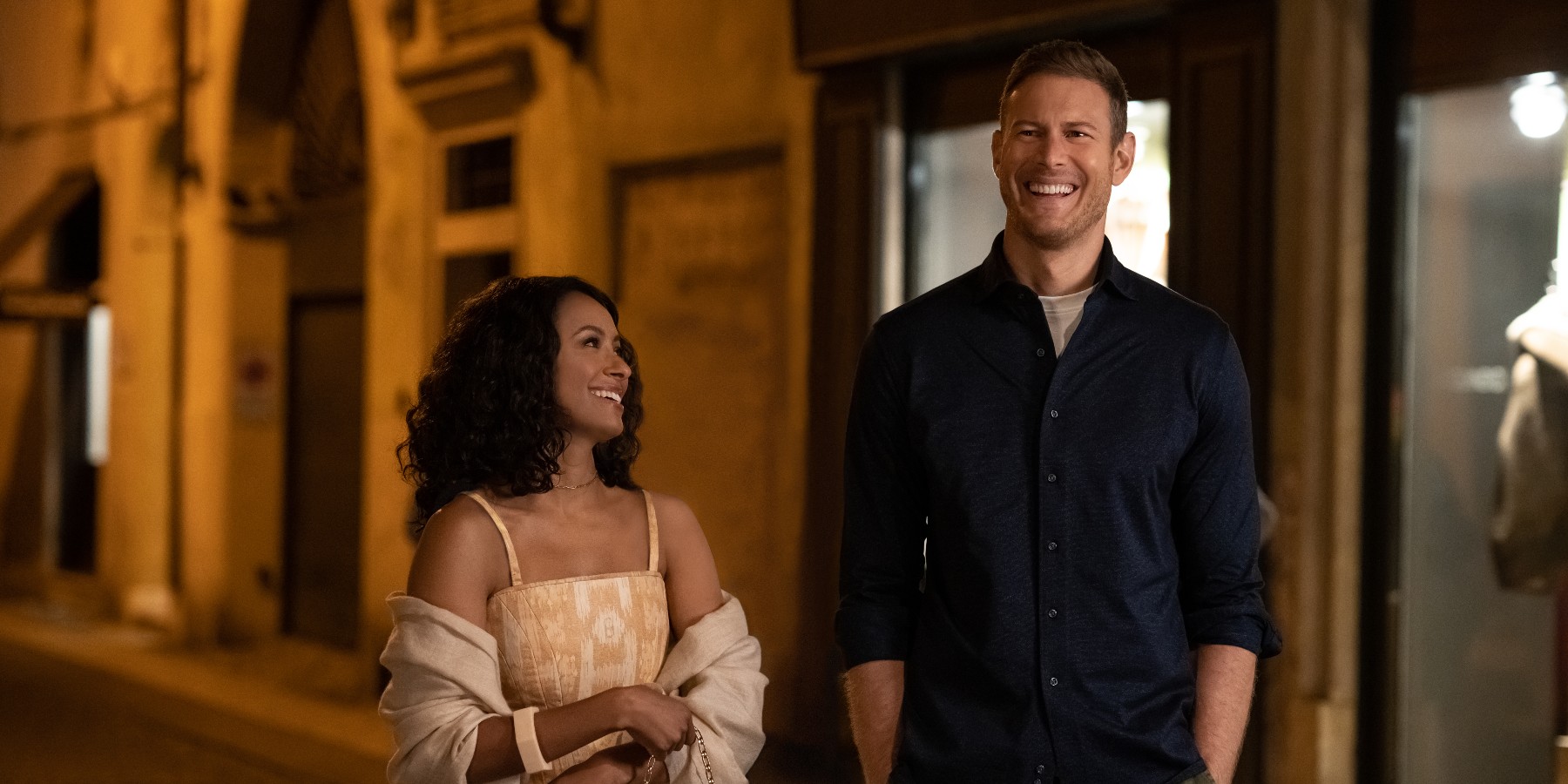 Netflix’s ‘Love in the Villa,’ directed by Mark Steven Johnson (‘Love, Guaranteed‘), is a romantic comedy film set in Verona, Italy. In the city, Julie (Kat Graham of ‘The Vampire Diaries‘) arrives on her dream vacation only to be forced into sharing a villa with the cynical Charlie (Tom Hopper of ‘The Umbrella Academy‘). The movie explores the duo’s opposite personalities as they vacation in Verona. However, just as romance blooms between Julie and Charlie, things come to an abrupt halt. If you are wondering about the fate of Julie and Charlie’s romance, here is everything you need to know about the ending of ‘Love in the Villa.’ SPOILERS AHEAD!

Love in the Villa Plot Synopsis

‘Love in the Villa’ opens with Julie, a kindergarten teacher preparing for her life-long dream vacation to Verona, Italy. Julie is a fan of William Shakespeare’s play ‘Romeo and Juliet,’ set in the town of Verona, Italy. However, Julie’s excitement about her vacation is cut short when her boyfriend, Brandon, suddenly breaks up with her. As a result, Julie is forced to go on vacation alone. After Julie arrives in Verona, she is excited to experience its culture. However, Julie is shocked to find Charlie Fletcher living in the villa she booked for her stay in the city.

Soon, the villa’s owner arrives and explains that a goof-up in reservations led to the villa being double booked. Charlie learns that Julie has no other place to stay and is going through a breakup. As a result, Charlie reluctantly agrees to share the villa with her. Charlie is a wine expert who has visited Verona six times but never actually experienced the city’s culture. Instead, he spends most of his time in Verona working.

On the other hand, Julie finds herself lost in the new city’s culture, and her plans go down the drain as she struggles to follow her itinerary. Meanwhile, Charlie and Julie are irked by their co-living situation and start a war to force each other into leaving the villa. However, after one prank goes too far and the duo lands in legal trouble, Charlie proposes a truce to Julie, who gladly accepts. Julie and Charlie start hanging out together and learn more about each other while exploring the beauty of Verona.

Charlie explains his views on love and romance, which differ from Julie’s. However, he soon starts understanding and appreciating Julie’s fascination with Verona. Soon, the two develop romantic feelings for each other and decide to profess their love. However, their romance fails to progress after Charlie’s on/off girlfriend, Cassie, shows up in town unexpectedly. Moreover, Brandon also visits Verona in hopes of reconciling with Julie. As a result, Charlie and Julie are forced to make crucial decisions that will affect their lives and relationship with each other.

Love in the Villa Ending: Does Julie Accept Brandon’s Proposal?

In the film’s final act, Julie and Charlie are forced into unexpected situations. Over the course of the movie, Julie’s breakup changes her outlook on her vacation to Verona. Therefore, when Brandon unexpectedly shows up in the city, she is thrown off-guard. Moreover, Charlie’s relationship with Cassie is a total surprise for Julie and the viewers. Nonetheless, her entrance forces Julie to reevaluate her feelings for Charlie. During the climax, Charlie learns of Brandon’s return to Julie’s life and faces a dilemma.

Brandon takes Julie to dinner at one of the most famous restaurants in town. However, the recently reunited couple fails to get a table at the diner. Charlie and Cassie are present at the restaurant and quickly invite Brandon and Julie to join them. However, Julie uses the opportunity to make Charlie jealous. After dinner, Brandon proposes to Julie. However, Julie does not belong with Brandon. Her time with Charlie helped her realize that her quirks and idiosyncrasies are also worth being loved. As a result, she turns down Brandon’s proposals since he is not the right person for her.

Do Julie and Charlie End Up Together?

Meanwhile, Charlie breaks up with Cassie after realizing that he is deeply in love with Julie. However, Charlie sees Brandon proposing to Julie and assumes that she is engaged. Therefore, Charlie is unaware that Julie turned down Brandon and is still nursing a broken heart. After a conversation with the villa owner, Charlie realizes that his only chance at love is expressing his feelings to Julie. Therefore, he races to the villa, hoping to catch Julie before she returns home. On the other hand, Julie is heartbroken. She is on her way to Minneapolis after her dream of seeing Verona is fulfilled.

Throughout the film, Julie and Charlie help each other fall in love with Verona. Their love for the city comes from different points of view, but it ultimately helps them fall in love with each other. However, before the duo can act on their feelings, they are thrown into emotional turmoil by the emergence of their exes. After overcoming the obstacle, Charlie decides to pursue Julie and arrives at the villa. In the film’s final moments, Charlie quotes lines from ‘Romeo and Juliet’ as Julie stands on the balcony, recreating the classic romantic scene from the iconic play.

The heart-touching and grand romantic gesture convince Julie that Charlie is the right person for her. Earlier in the film, Charlie states that he does not believe in destiny. However, in the climax, Charlie expresses that he now believes in destiny, but one must choose whether they accept their destiny or not. It is fate and the romanticism in Verona that has brought Julie and Charlie together. However, it is up to them whether they accept each other as their destinies. In the end, Julie also professes her love for Charlie, and the couple reunites. Thus, the film ends gratifyingly as Charlie and Julie’s love story starts in a true sense.

Read More: Is Netflix’s Love in the Villa Based on a True Story?