Luck Ending, Explained: Does Sam Bring Back a Lucky Penny for Hazel? 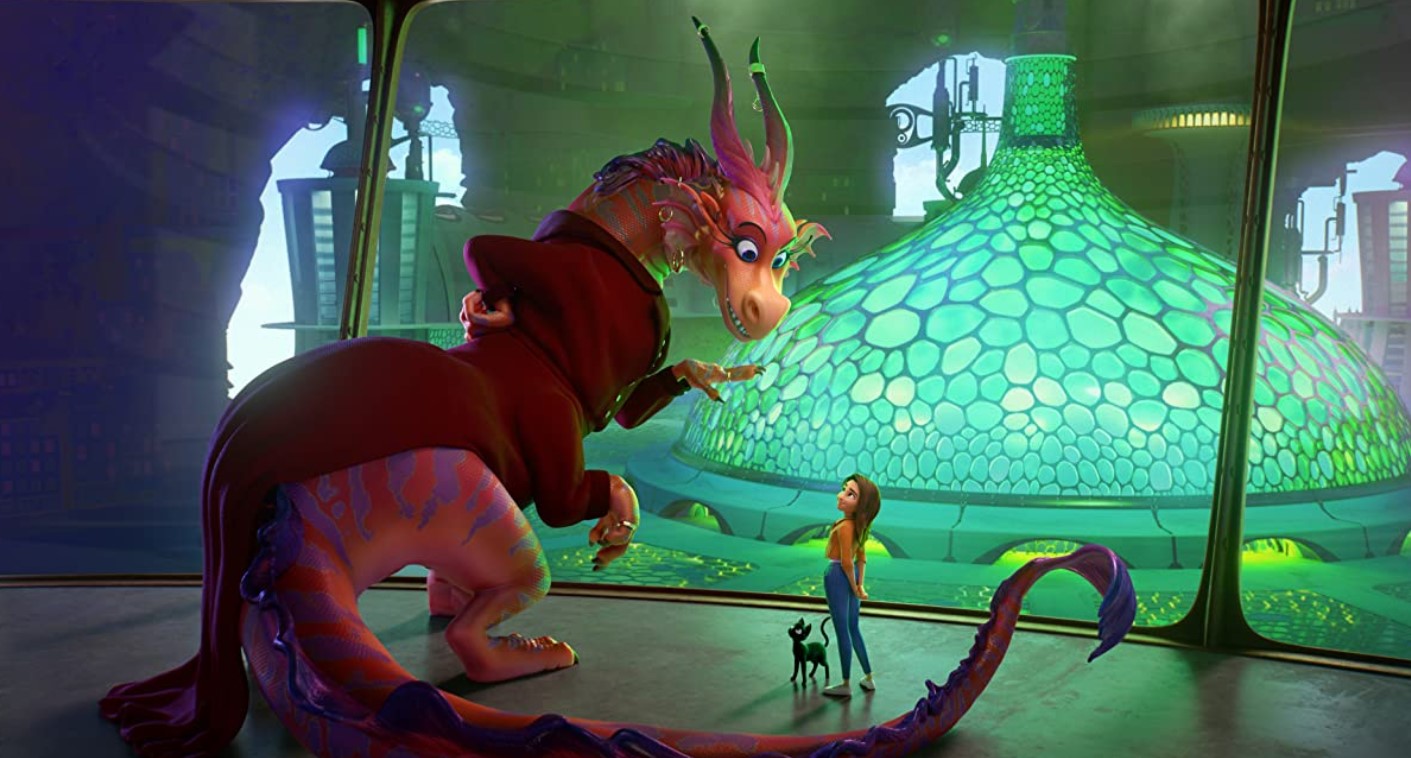 Directed by Peggy Holmes, ‘Luck’ is an Apple TV+ computer-animated fantasy family film. The story revolves around Sam Greenfield (Eva Noblezada), a young woman who believes that she has the worst luck in the world. After leaving the orphanage she has grown up in, Sam tries to find her own place in the world, but her bad luck follows her. One day, she meets a black cat, who she learns can speak and is named Bob. After she loses Bob’s lucky penny, she promises to get him out of trouble with his superiors and visits his home, the Land of Luck. Here is everything you need to know about the ending of ‘Luck.’ SPOILERS AHEAD.

Sam has spent most of her life at Summerland, a home for girls. She was never adopted, which she blames on her bad luck. As she is 18 now, she must leave the orphanage and venture out into the world. Hazel (Adelynn Spoon) is her younger best friend and roommate at Summerland. She collects lucky objects in the hopes that they will ensure that she finds her forever home. Sam knows that Hazel still hasn’t found a lucky penny yet to add to her collection.

A social worker gets Sam to a basement apartment she has acquired for her. Sam has a job lined up at a floral store, and she will soon start taking online classes. Life seems to be taking off for Sam. But she is tentative, knowing how unlucky she can be. Her first day at the workplace doesn’t go well. Although her boss, Marv (Lil Rel Howery), is kind and upbeat, he quickly realizes how accident-prone the poor girl is and puts her on cart patrol. Later, when Sam visits the orphanage, she discovers that the people that were supposed to come and meet Hazel didn’t show up. Although she herself feels somewhat dejected, she tries to cheer Hazel up.

Later, she shares her sandwich with a black cat, whose eyes seem to sparkle with surprising intelligence. After finishing his half of the sandwich, the cat departs, leaving a penny behind. When Sam picks it up, her luck suddenly changes for the better. Although she needs it herself, she decides to give it to Hazel so the younger girl can find her forever home. However, Sam loses the penny after it falls into a toilet.

Sam encounters the cat again and starts babbling about how she lost the penny. Much to her surprise, the cat speaks back indignantly. Realizing his mistake, the cat, whose name is Bob (Simon Pegg) tries to run away, but Sam relentlessly pursues him. She follows him when he jumps into a portal and ends up in the Land of Luck, a mystical realm seemingly inspired by Scottish folklore and legends. There is a queen of good luck called Babe the Dragon (Jane Fonda). The leprechauns of the realm keep the pennies clean. Bob is apparently a Scottish line cat, tasked to ensure that luck flows smoothly. After learning about Penny Depot, Sam convinces Bob to make a deal with her. She will get a penny for them and will give it to him after Hazel uses it for a couple of hours so she can get the forever home of her dreams. However. Sam’s bad luck even pursues her into the Land of Luck, and her genuine desire to help her friends causes much turmoil.

Luck Ending: Does Sam Bring Back a Lucky Penny for Hazel?

No, Sam doesn’t bring back a lucky penny for Hazel. After the plan to get a penny from the penny Depot doesn’t work out, Sam and Bob decide to retrieve the penny that Sam lost with the help of Bob’s leprechaun friend, Jerry. In the old days, whenever a penny got lost, it was retrieved with the bunny drone, but with the Captain (Whoopi Goldberg) in charge, lucky pennies haven’t gone missing in a decade. Although the drone does successfully retrieve the penny, it ends up back in circulation in the Penny Depot.

In the Land of Luck, magical pigs create good luck crystals, while roots and goblins make bad luck. The crystals are then pulverized and put through a machine called the Randomizer along with the bad luck substance before being sent to the human world through the luck lines.

Eventually, Sam decides that if she can’t take back good luck for Hazel, she can always stop the flow of bad luck by clogging the bad luck mixer machine maintained by Jeff the unicorn. Almost predictably, this causes a problem. The mixer machine overflows and explodes, the Randomizer stops functioning, and the Land of Luck is disconnected from the human world. Deeply repentant for her actions, Sam retrieves some good luck from the Bad Luck land and convinces Babe the Dragon that the world needs both good and bad luck to restart the Randomizer.

Does Hazel Find a Forever Home?

Yes, Hazel finds a forever home, and so does Sam. Hazel’s adoption goes through. After helping Sam re-establish the connection between the human world and the Land of Luck, Bob decides that he wants to spend the rest of his days with Sam. A year later, we find that Hazel now lives with her adoptive parents. She visits Sam and Bob’s apartment for a sleepover. Sam’s bad luck is still very much a part of her life, but she has molded her life around it. Sam now knows that good and bad luck are just mirror images of each other. One can only exist if the other does.