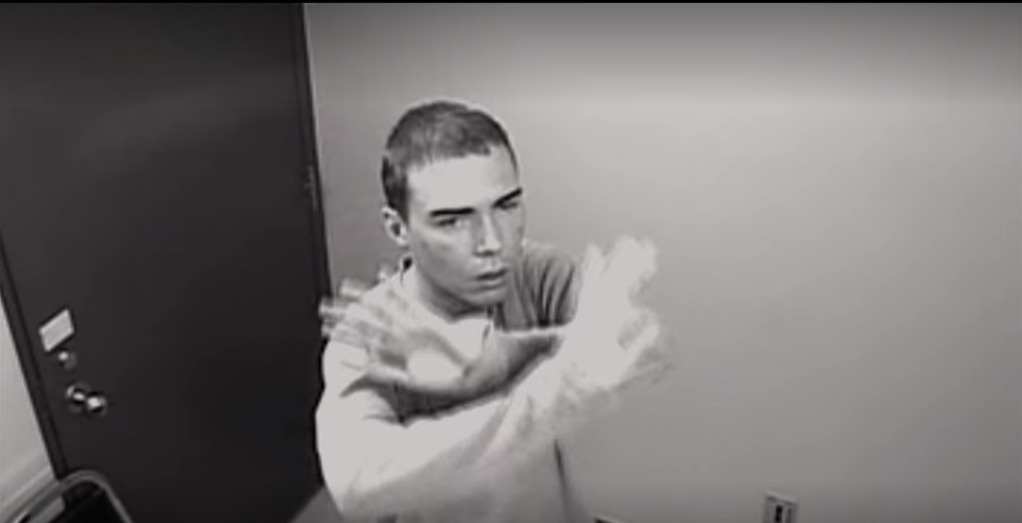 ‘Don’t F**k with Cats: Hunting an Internet Killer‘ Netflix’s latest chilling documentary, reintroduces the world to Luka Magnotta, a boy who loved creating a spectacle. In the age of the internet, it is easy to become elevated to the position of a spectacle. You just have to do something outrageous, and Luka had plenty such antics up his sleeve. He started off with ‘1 boy 2 kittens’ which also circulated with the name ‘1 lunatic 2 kittens’, where he asphyxiated two kittens. He followed this up with ‘bath time lol’, where he drowns a kitten, and the most horrifying is ‘Python Christmas’, where he feeds a kitten to a python. However, more sinister darkness lurked underneath all this, and soon he escalated to the video that would land him in prison, namely, ‘1 Lunatic 1 Ice Pick’.

It is the video where he murdered Jun Lin, an Asian student, before dismembering his body. Luka would go on to mail the body parts to local schools and politicians, and this would be the crime that brought him down. However, you might be wanting to know exactly what went down in the video. Interestingly, the Crown, as well as the Netflix documentary, pointed out an undeniable inspiration behind Luka’s murder video. We are here to explain all that. However, readers should be warned that the following sections contain graphic content.

‘1 Lunatic 1 Ice Pick’, much like ‘1 boy 2 kittens’ appears to be a play on the title of a pornographic video, ‘2 girls 1 cup’, which includes eating each other’s feces. Just like ‘2 girls, 1 cup’ the reaction videos of people watching Luka’s clip also flooded the internet.

‘1 Lunatic 1 Ice Pick’ is 10 minutes long, specifically 10 minutes 28 seconds. It was initially uploaded to a Canadian site Best Gore. While the website is still up and running, the video is no longer available there. However, it can easily be found in some corners of the internet. Due to obvious ethical reasons, we will not be attaching it here. Luka’s video can also be found under the following names, ‘Time To Shake Things Up’ and ‘1 Icepick One’.

When the video starts, you can hear New Order’s ‘True Faith’ playing in the background, which movie buffs will know from the opening scene of ‘American Psycho‘. The internet sleuths who knew just how much Luka loved his movies, immediately connected Luka’s reference to the movie starring Christian Bale. In the video, one can see a nude man on a bed, whose arms and legs are tied with something white. His face is covered in a white cloth as well. Another individual stands over him, dressed in black. There is a ‘Casablanca‘ poster behind the bed. The man in black straddles the nude man, and even strokes him in a gentle manner. After the fondling, he gets off.

Then he proceeds to stab the man tied to the bed numerous times. Notably, while the victim is seen moving at first, he does not seem to be moving during the stabbing. After stabbing, the assailant proceeds to slice the man’s body with a steak knife. Before the midway point of the video, the victim is decapacitated and one of his arms is sawed at. By the end, both his arms and right leg are sawed off, and his left leg, too, is nearly sawed off.

In the second half, the assailant commits acts of sodomy and necrophilia to the torso, and a small black and white dog can be seen chewing on body parts as well. As we know, the dog was later found killed too, and investigators reported that the victim’s body showed signs of cannibalism.

If you know about Luka’s childhood, you will know that he wrote a school report on Ava Gardner and Sharon Stone. In the documentary, Luka’s mother confirmed that he loved movies, and ‘Basic Instinct‘, which catapulted Sharon Stone to a position of a sex symbol, happened to be one of his favorites. In fact, one of the aliases Luka used was K Tramell or Kirk Tramell, which is a play on Stone’s character’s name, Catherine Tramell. Even his invocation of Manny Lopez, an abusive ex-lover, is reminiscent of Catherine’s abusive ex in the movie, who never shows up. In fact, before escalating to killing a human, Luka’s letter to the media is structured like a line Catherine tells Michael Douglas’ character in the movie, about smoking and killing being addictive, but people being able to quit one.

With so many parallels to ‘Basic Instinct’ in his narrative, the Crown did not have trouble proving that Luka was indeed ripping off, or paying homage to the 1992 movie when he committed his own act of murder. If one breaks down the setting and sequence of actions in the movie and Luka’s ‘1 Lunatic 1 Ice Pick’ video, the similarities are hard to ignore. 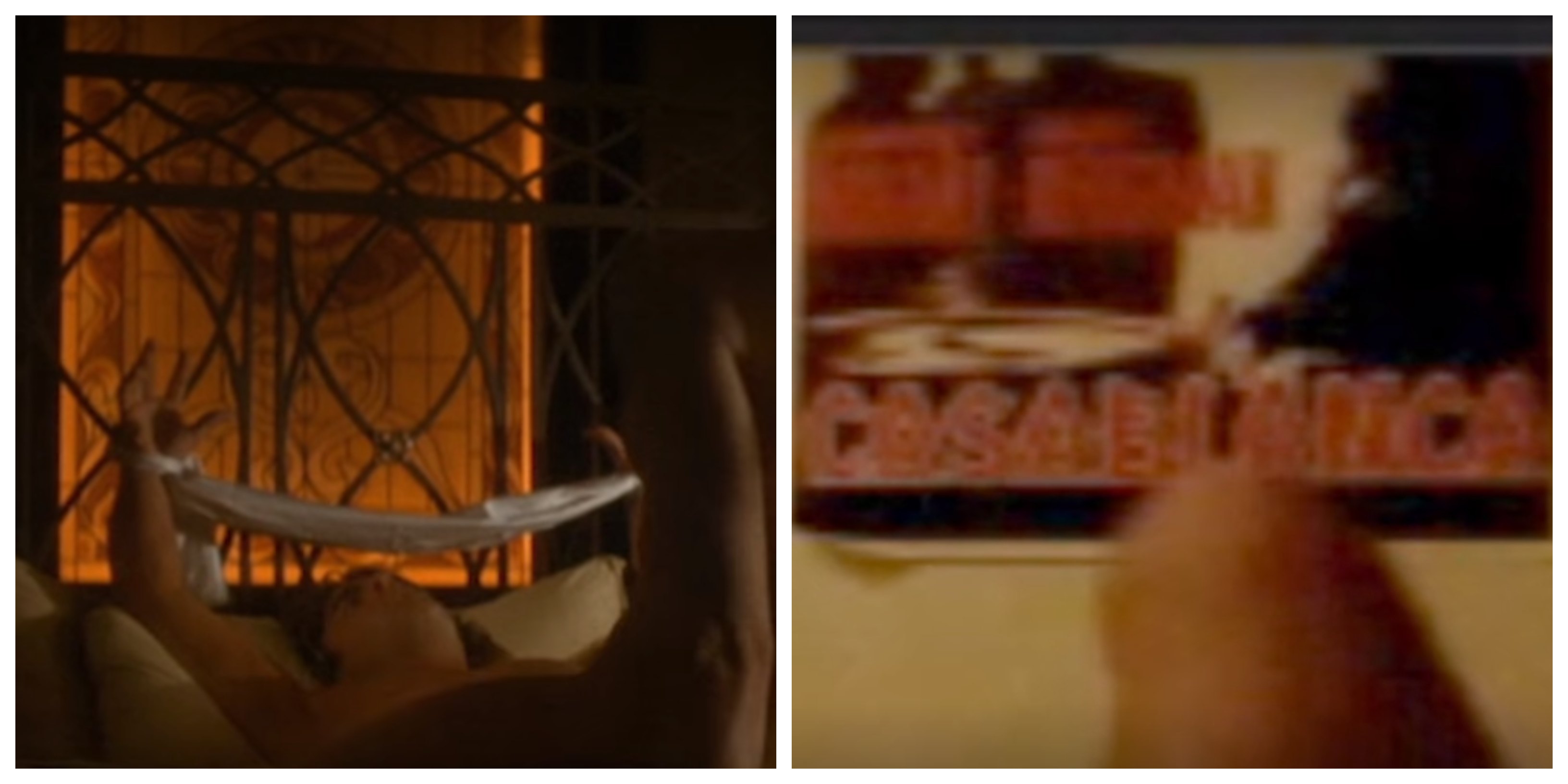 First off, we see a man naked, tied to the bed with something white. In the opening scene ‘Basic Instinct’, the man is tied to a bed using a white cloth. Luka proceeds to straddle this man, much like the killer in the movie, who was on top, straddling the soon-to-be victim. Now, if the frame of the video and the opening scene of ‘Basic Instinct’ are compared, a stained glass window immediately jumps out to be the center of the frame in the film. In Luka’s video, he replaced this with a ‘Casablanca’ poster.

But the similarities between the two don’t end there. In Basic Instinct, the murder weapon used in the same gruesome opening scene is an ice picker.  Luka, too, used an ice picker to stab Jun Lin multiple times.

Of course, Luca would go on to subsequently dismember the body, which proves that he was even sicker than anyone could have imagined.

Luca’s fascination with Basic Instinct carried on even after he was arrested. His request to smoke in the interrogation room, and the crossing of his legs is similar to Catherine’s in the movie. Luka was so immersed in his fantasy world of movies, seeking attention, that the parallels between his crime and some of the most iconic scenes of ‘Basic Instinct’ become immediately evident upon careful examination. That is exactly the point the Crown, and its expert forensic psychiatrist, Dr. Gilles Chamberland, made at the trial, ultimately sending Luka away to prison, for life.