Madalen Mills From Jingle Jangle: Everything We Know 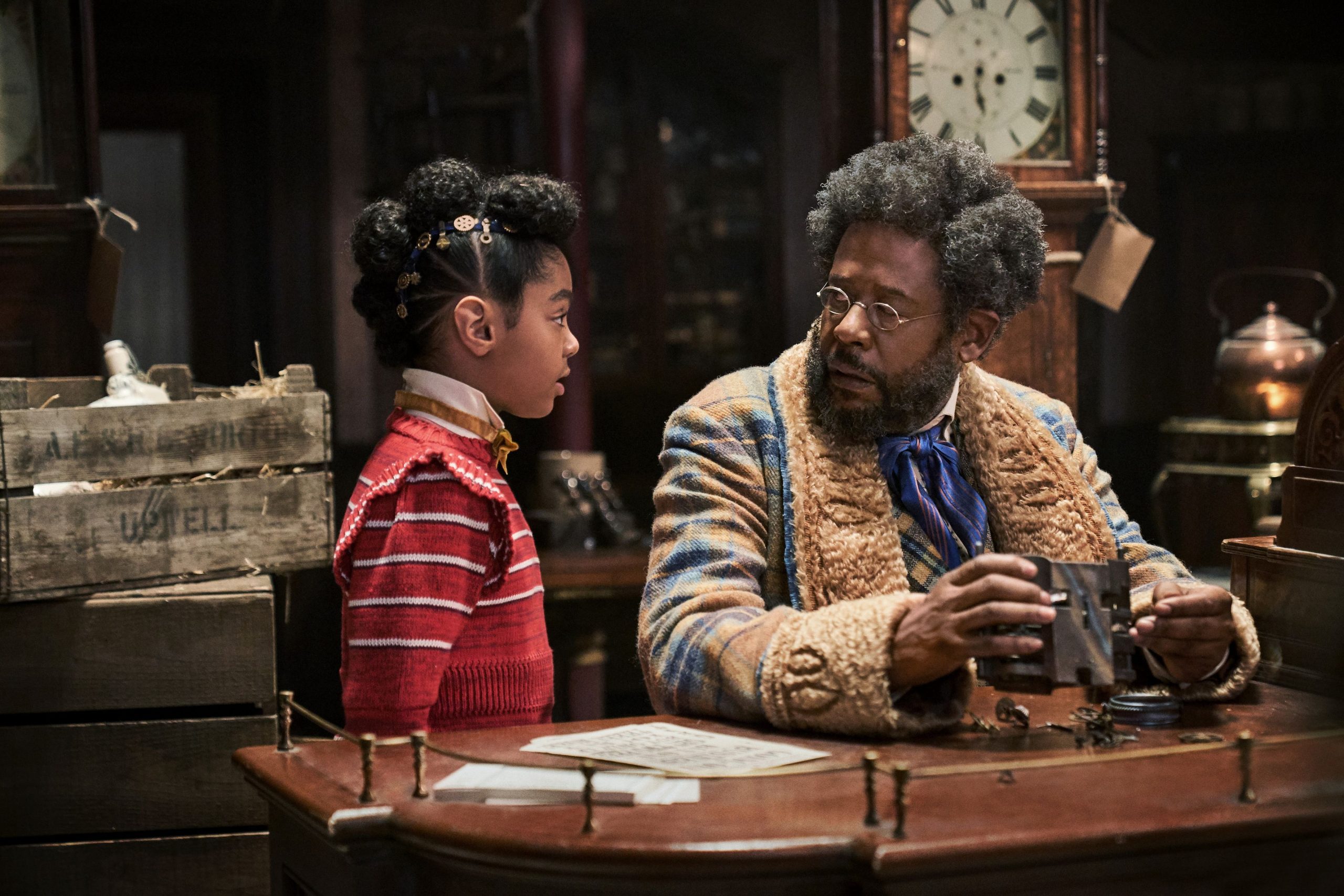 What do you do when your child has big dreams…even bigger than those you dared to dream? You support them whole-heartedly and unflinchingly! Madalen Mills is one lucky star who has performed on stages and worked with legends that most can only fantasize about. She is even luckier because the 11-year-old could not have been able to grab these opportunities at such a young age without her parents’ help. 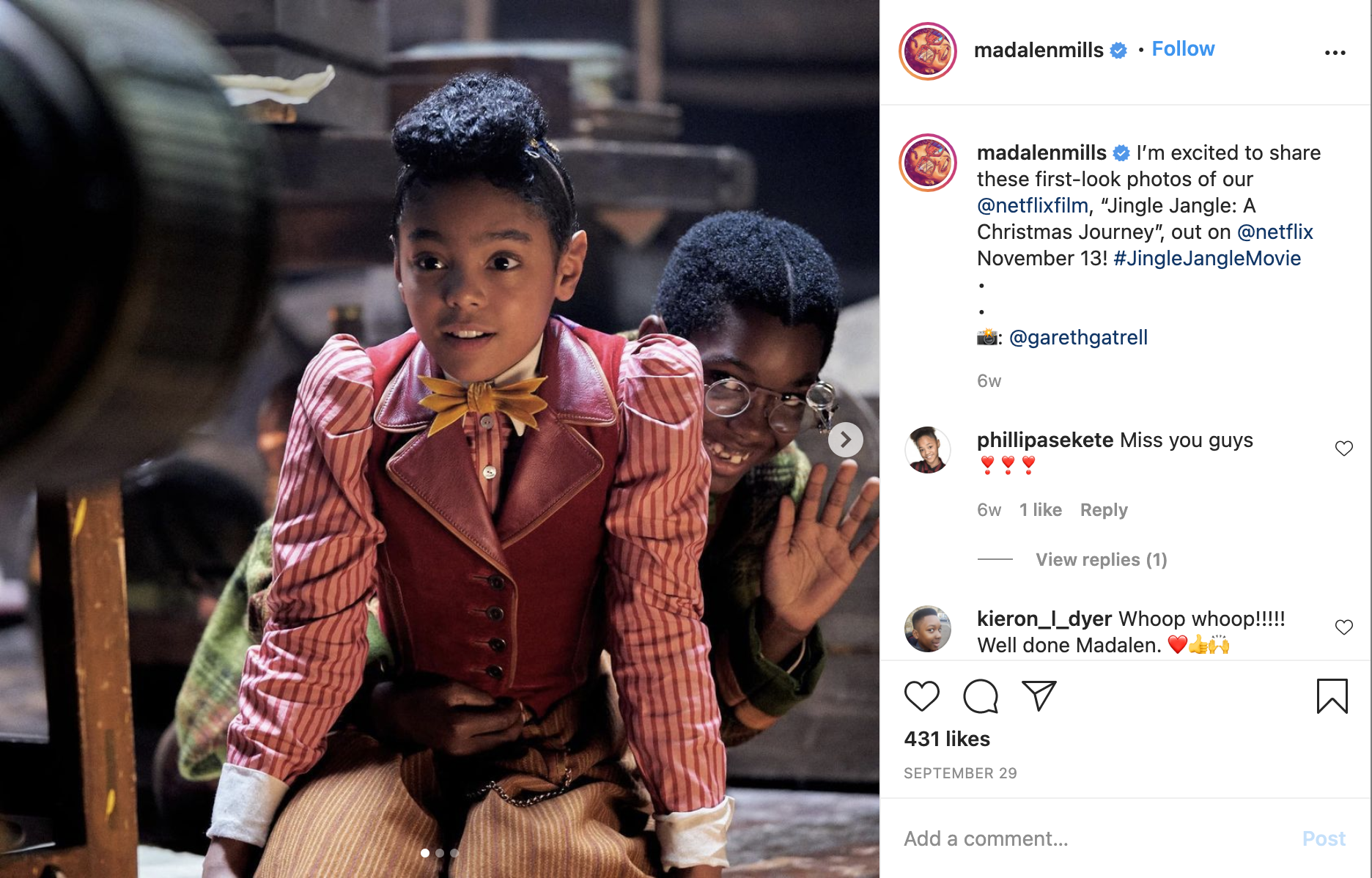 Madalen’s impeccable performance came under the spotlight after she featured in Netflix’s first live-action musical, ‘Jingle Jangle: A Christmas Journey,’ which premiered on November 13, 2020. We got curious to dig all the details of her accomplishments so far and those who have been there for her every step of the way. Here is everything we know!

Madalen Yarbrough Mills’ mother, Jamie Mills, is an associate professor of educational research at the University of Alabama. Her father, Jon Yarbrough, calls himself the “Woodmaster” as he is a skilled architect, building designer, and artist. His profession requires him to customize furniture and building layouts. It is not of public knowledge whether the young actress is a single child or has any siblings. But she seems to be extremely close to her parents and grandparents for whom Mills frequently shares appreciation posts on her social media accounts. 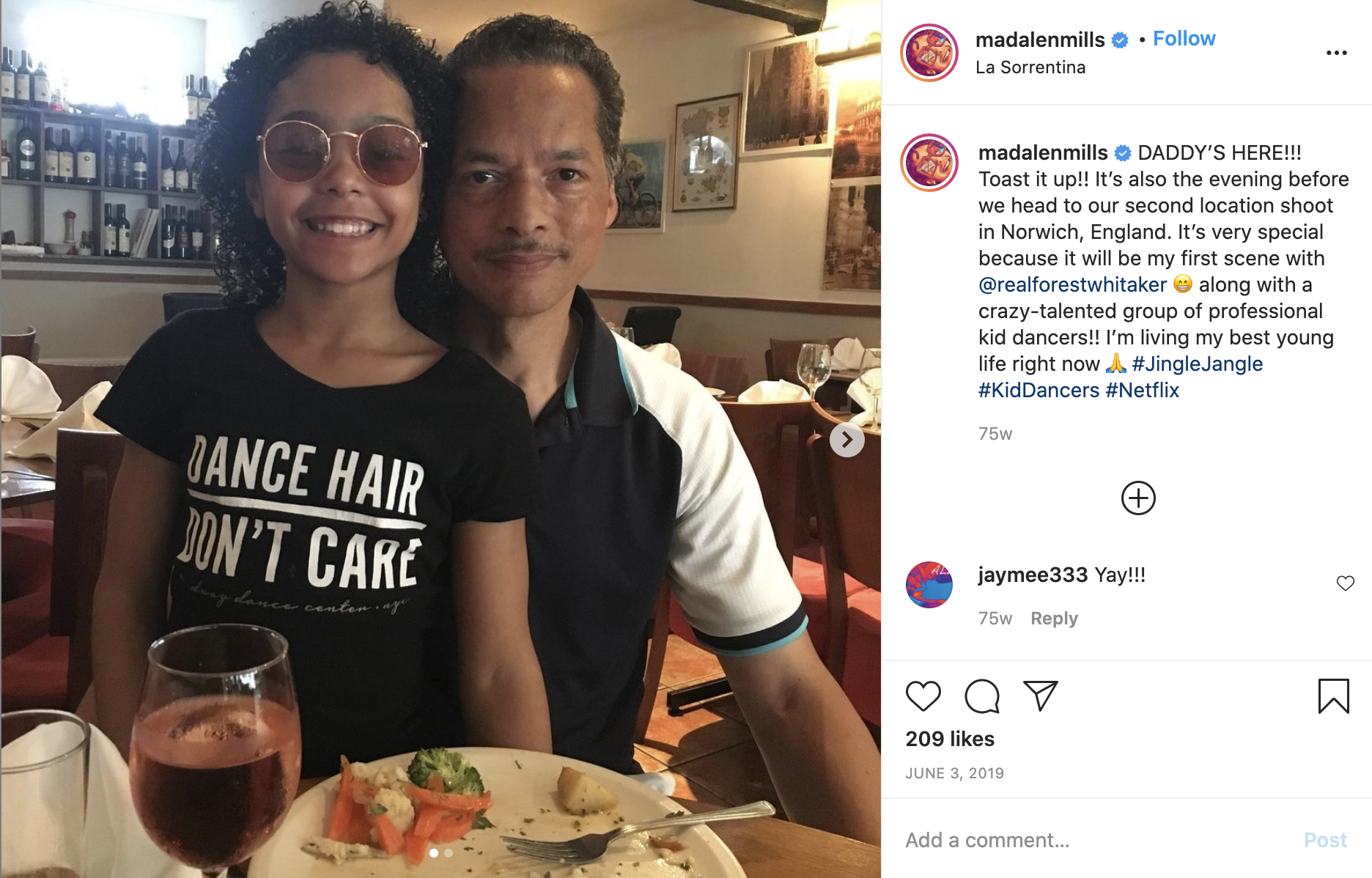 As excited as Mills’ family was when the little girl debuted on Broadway, they were also apprehensive about the pressure it would put on her young shoulders. Her maternal grandparents are located in New York, the city where Madalen landed her first big Broadway production role. Since then, they have been extending their help selflessly for Jamie to continue her online classes and hybrid courses while her daughter can explore her creative potential.

Another being that forms a huge part of her family and life is her cat, Gabbee Porkchop. The feline lover has dedicated an entirely independent Instagram account to her pet, on which she regularly shares cute pictures of them playing together. But since her mother operates Madalen’s main account, the child artist’s chances of posting them herself are bleak.

The extremely talented child artist, Madalen Mills, kick-started her career in the movie industry by playing lead roles in school plays and Tuscaloosa-area productions. She also toured nationally for playing the role of “Dr. Seuss” in ‘How the Grinch Stole Christmas: The Musical.’ Her parents realized that this was no hobby but their daughter had some real talent in the field when they saw their 7 years old daughter on stage with Diana Ross, the famous American actress and singer. 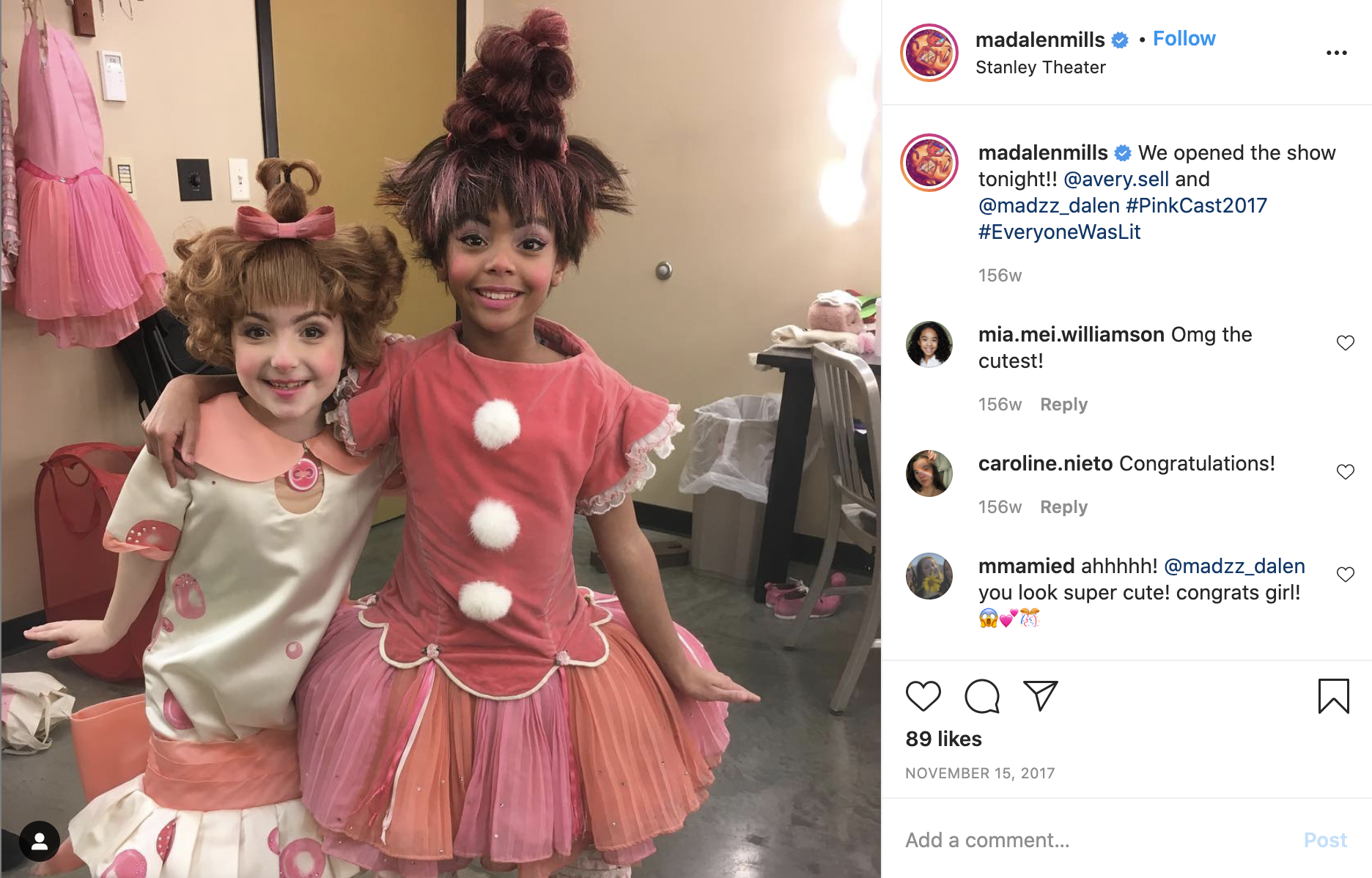 After a handful of performances at summer camps and the like, Madalen began her theater training at Kindermusik, the UA School of Music’s community music school. By the time she turned 9, the child actor got selected to play “Sophie” in ‘School of Rock,’ a Broadway adaptation of the Jack Black’s movie by the same name. This began her rigorous full-time job in NYC while she was still struggling to strike the perfect balance between her academic training, rehearsals, and stage performances.

There is no stopping the extraordinarily talented Mills who made her feature film debut in ‘Jingle Jangle: A Christmas Journey.’ She got the chance to work under the perceptive directorship of David E. Talbert alongside skillful performers like the Academy Award-winner Forest Whitaker, ‘Downton Abbey’ fame Hugh Bonneville, etc. It would not be far-fetched to claim that she is on her way to achieving great things in life. Trivia: she is a Potterhead, like most of us!