Man on a Ledge Ending, Explained: How Did Nick Cassidy Plan the Heist? 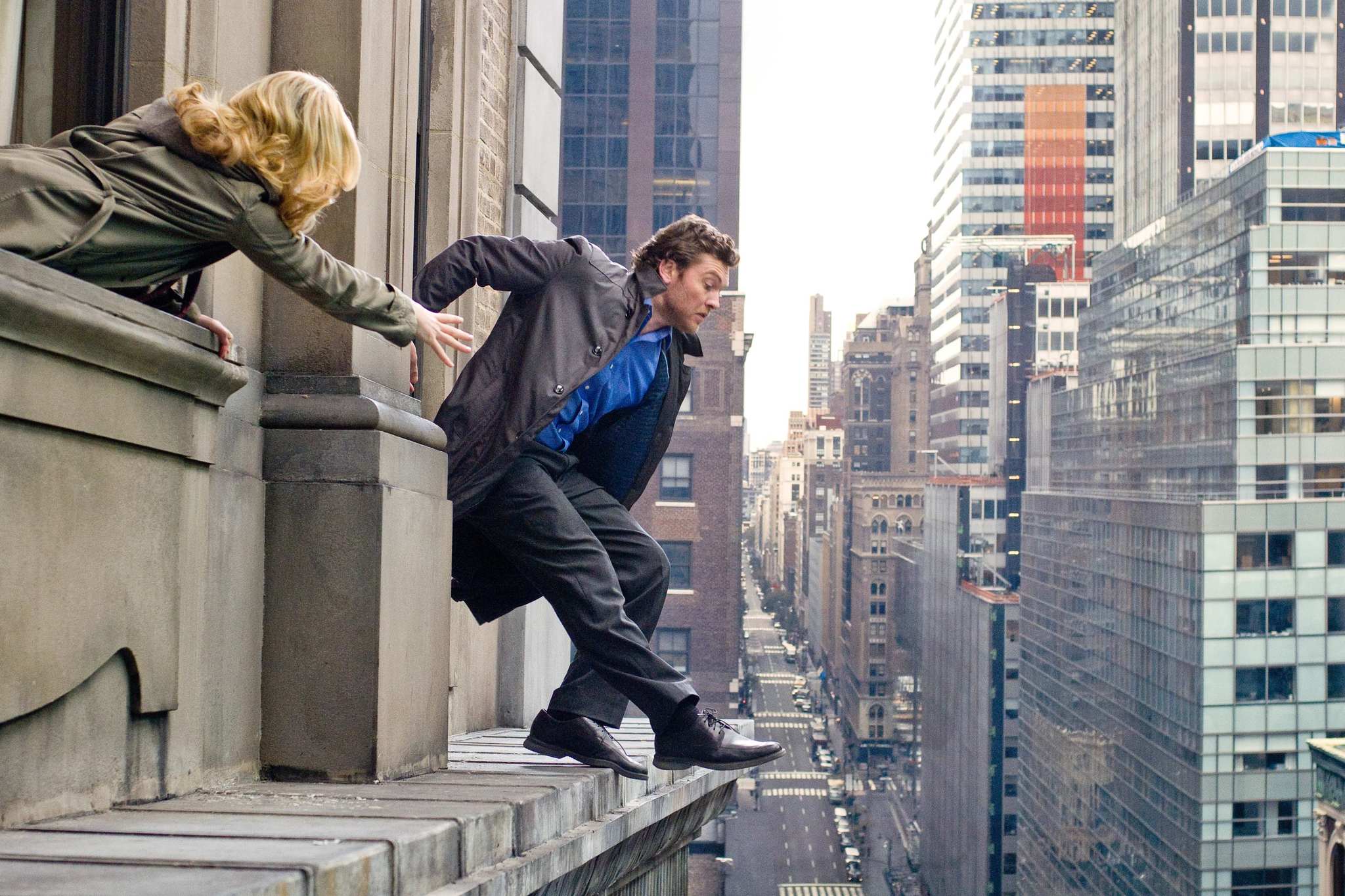 Directed by Asger Leth, ‘Man on a Ledge‘ is a 2012 action-thriller film that centers upon a mysterious man named Joe Walker, who threatens to jump from the 21st floor of The Roosevelt Hotel. We soon learn his real name is Nick Cassidy (Sam Worthington), an ex-cop and fugitive trying to prove his innocence.

Nick wants to talk to police psychologist Lydia Mercer (Elizabeth Banks) and is ready to negotiate only with her. However, after arriving at the scene and conversing with the disgraced cop, she realizes something else is happening. Now, if you wish to know Nick’s fate and what Lydia discovers, we have broken down everything for your understanding. Let’s begin, shall we? SPOILERS AHEAD.

Man on a Ledge Plot Synopsis

The movie begins with Nick booking a room under the alias of Joe Walker. He asks the bellhop for some champagne and is seen having a meal. Nick then pens down a note and steps onto the titular ledge, and the audience sees a flashback of him in prison. He’s been sentenced to 25 years in prison, and his friend/ex-partner, Mike (Anthony Mackie), informs him that his father is dying. At the funeral, Nick fights with his brother, Joey (Jamie Bell), and manages to escape.

In the present, Detective Marcus and Jack Dougherty arrive at the scene and read his note, which says, “I will exit this world as I entered – innocent.” When the latter tries to talk to Nick, he asks for Detective Lydia Mercer. When she arrives and asks why he called her, he says only she can help him. Meanwhile, Joey and his girlfriend, Angie, are a few blocks away, on their way to break into a building.

As the film progresses, Lydia learns that Nick is the fugitive charged with stealing a Monarch Diamond, cutting it into unidentifiable pieces, and selling it. The diamond belonged to David Englander (Ed Harris), a real estate businessman. When Lydia asks Nick about it, he maintains that he’s innocent and was framed by the business tycoon. He goes on to add that the diamond is still with the latter. Upon being probed further, Nick explains how David was quite close to bankruptcy due to heavy losses incurred in the business.

So, the tycoon made it look like the diamond was stolen and received $40 million as part of his insurance claim. Elsewhere, Detective Marcus reveals that David owns the hotel and across the street resides his jewelry exchange. It becomes evident that Joey and Angie are trying to steal the Monarch Diamond to help his brother prove his innocence. As this happens, Mike discovers Nick’s storage unit and finds files about him, his ex-partner, and the deceased cop named Joe Walker, whose identity Nick assumed.

Mike burns these files and decides to go to the hotel after getting a call from Lydia, who wants to know if Nick really is innocent. When he reaches the scene, he first meets Marcus, who has a file in his hand that was present in Nick’s prison cell. Before handing them over to Lydia, Mike looks at the file, takes out a few papers, and keeps them for himself. He tries to go to the window and talk to his ex-partner but is disallowed by the negotiator.

Marcus sends a few tactical officers down to the jewelry exchange to check if everything is alright, and when they reach the scene, they find nobody as Joey and Angie hide in the vents. Once they leave, the two come out and manage to break into the vault. Surprisingly, they do not find the diamond there. Following this, they trigger an alarm, which leads to David reaching the site. He opens another hidden safe, which contains the Monarch Diamond, and keeps it in his suit. On reaching his office inside the hotel, he finds Joey and Angie waiting for him. 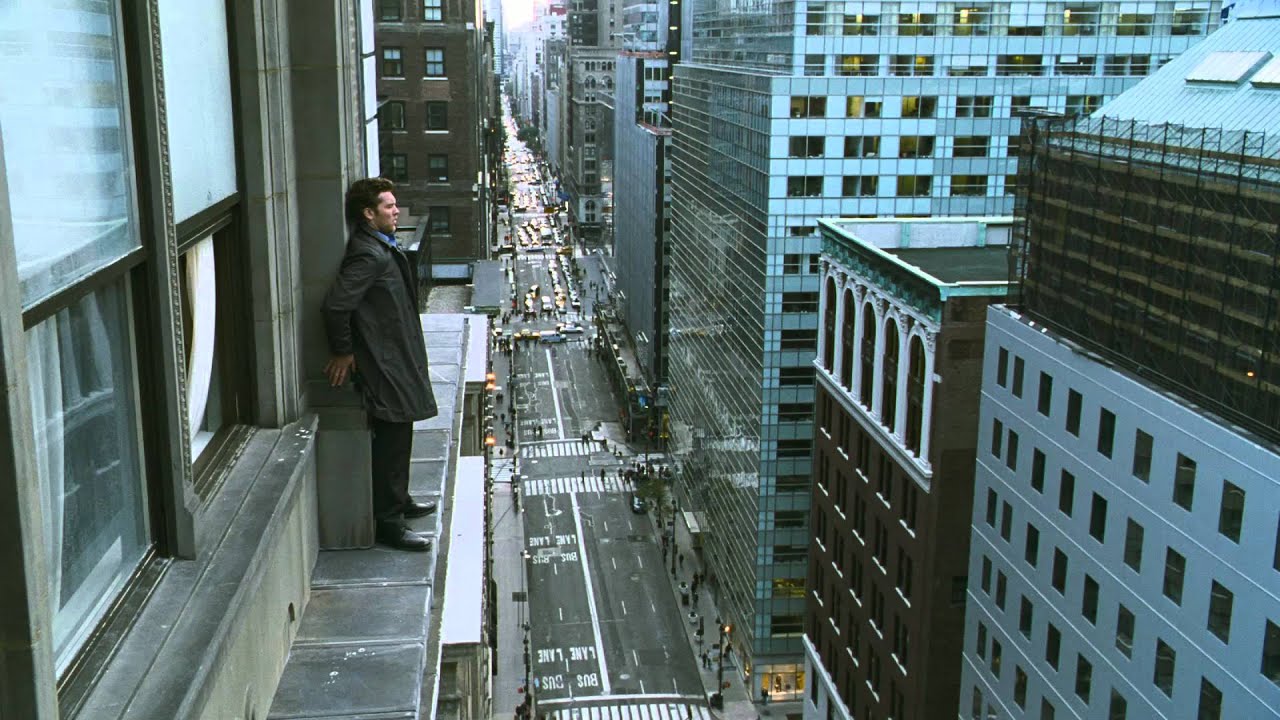 The couple removes the diamond, puts it in a bag, and drops it with the same bellhop that appeared at the film’s beginning. On the other hand, when Lydia goes through Nick’s file, she finds schematics that resemble a bomb. He then explains that he’s planning to steal the diamond for the first time to prove his innocence, and he needs her help. Although Lydia is hesitant, she finds him convincing. After the alarm goes off, Marcus deploys his tactical support to arrest Nick.

As the police try to do so, Nick manages to escape into a neighboring building, and Lydia tries to follow him through another route. He once again encounters the bellhop and takes the diamond from him. After a small chase, the tactical support catches up with Nick on the same building’s roof. Lydia is present there and asks him to stand down because the diamond is safe, and he can prove his innocence later. Unfortunately, Marcus crosses paths with Joey and Angie at the hotel and immediately arrests them.

Marcus reports the same to David, revealing that the detective was working for him all along. The latter asks him to bring the couple to where Nick is being held. As Marcus, Joey, Nick, and David end up on the same rooftop, Lydia is forced to leave. The businessman decides to spare Joey’s life in exchange for the diamond, and the protagonist concedes. After David goes, Marcus tries to force Nick to commit suicide if he wants his brother to live. Luckily, Mike reaches the place in time and shoots Marcus.

However, the former gets shot in the chest, whereas a bulletproof vest saves the latter. Before dying, Mike confesses that he didn’t know David would set him up. As Marcus tries to kill Nick, Lydia reaches there and shoots him first in the neck, and the officer dies. The former then stops David in the street right outside the hotel, snatches the diamond from him, and shows it to the public to prove his innocence.

Following this, Lydia and Nick enter a bar where Joey and Angie regroup. The bellhop makes an appearance again, and this time it is revealed that his name is Frank Cassidy, and he is the brothers’ father. As the movie ends, Joey proposes to Angie with a ring, and she happily agrees. Albeit, as the audience, we are left with a few questions. So, here are the answers you’re searching for.

Man on a Ledge Ending: How Did Nick Cassidy Plan the Heist?

As the film’s end credits roll, montages of blueprints and photographs resembling film scenes are displayed. Although looking closely, one may find a few intriguing details. Firstly, there is the blueprint of David Englander’s jewelry exchange, as well as drawings of the elevator shaft, the corridor leading to the vault, and the safe within it. The cameras, seismic, and heat sensors are marked on these drawings. Besides this, there are bomb schematics, indicating that Nick and his family had been planning this for a while.

In the film, Angie says they have been planning it for one year. The end credits further show a document emphasizing that Frank Cassidy is the proprietor of the grave. At the movie’s beginning, there is an ongoing funeral ritual; but the casket is already in the grave, and we don’t see Frank’s face. Though the film doesn’t explicitly show it, it would’ve been easy to fake the death, considering the funeral was attended only by a few people, including Joey and his would-be wife.

Other than that, the audience sees a newspaper article that says Joey Cassidy has been appointed as a consultant for a top security firm. This could be because he and his girlfriend managed to break into the vault at the jewelry exchange. All this information shows that the team did manage to plan the heist over a year. Nevertheless, if we try to understand how they did so when Nick was in prison, we have a calculated theory.

Nick is an ex-police officer, which means he knows his way around the system and would be privy to knowledge such as how to get blueprints of a building and where to get a bomb made. Since he is in prison, he can’t do much, which is where Joey and Angie come into play. Nick could have directed them to all this information and helped them devise the plan. This is probable because, during the film, he guides them at every stage, helping them remain calm and enabling them to pull off the heist.

Who Were the Corrupt Cops?

While it is revealed that Marcus was a corrupt cop working for David Englander, we can’t be a hundred percent sure about Nick’s friend and ex-partner, Mike Ackerman. When Lydia talks to Internal Affairs to see how much weight the fugitive’s theory has, the person on the other end says there is heavy circumstantial evidence on two cops. He gives her the names Michael Ackerman and Dante Marcus.

Throughout the film, Mike is on his toes- he goes down to the storage unit, burns his files, and even hides some papers from Nick’s file that was acquired from his cell. All this shows that he is a corrupt cop. In the end, before dying, Mike tells Nick that he didn’t know they would set him up and he couldn’t go to prison. This seems like a subtle confession because it shows that he is corrupt, yet he didn’t intend to harm his friend.

Where Did Joey Get Angie’s Ring From?

Joey seemingly stole the diamond ring from David Englander’s vault. When Angie says yes to his proposal and wears the ring, Lydia tells Nick, “I’m gonna assume that’s a family heirloom,” to which the latter replies, “It is now.” This hints that the diamond could have been stolen from David’s vault.

During the heist, when Joey and Angie search the safe for the Monarch Diamond, the latter tries to steal something, but Joey prevents her from doing so. Furthermore, in the credits scene, along with the blueprints and schematics, there is a shot of Angie wearing the diamond ring; immediately, the audience sees it placed in the safe, thus confirming that Joey stole it for Angie.