12 Movies You Must Watch if You Love ‘Baahubali’ 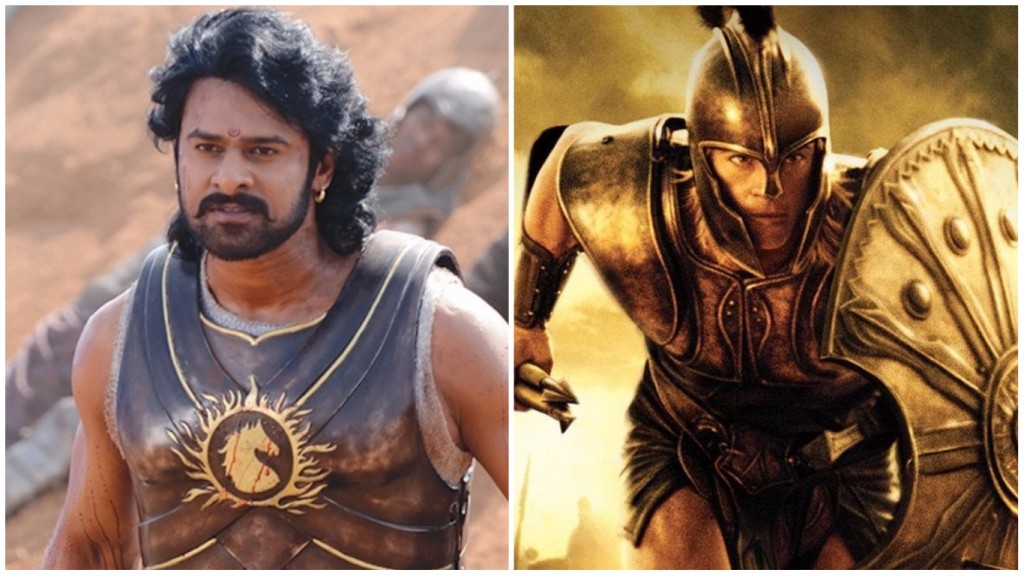 ‘Baahubali’ became a success for being a groundbreaking movie featuring magnificent production design, larger than life scenes and an epic tale of a fallen hero. The film was greatly inspired by Indian History and mythology. It combines the intricacies of Indian Culture with intense action and entertainment. ‘Baahubali’ brought alive Medieval Era History to mainstream cinema, in a scale unseen to the Indian audience.

‘Bahubaali’ depicts an incredible tale of a lost rightful heir of a fictional town and his quest to avenge his honour and aide his lady love’s mission. However, long before ‘Baahubali’ broke into the scene, the silver screen has been graced with several epics that mesmerized us with spectacular stories. Today, we will list down some great historical and fantastic epics that Hollywood has given us over the years. Here is the list of Hollywood movies similar to Baahubali that you must watch. You can watch some of these movies like Bahubali on Netflix, Hulu or Amazon Prime.

The story of Troy has been retold time and time again. Each story has a different perspective and highlights different events. Wolfgang Peterson’s 2004 epic was inspired by Homer’s Iliad. The story was led by warrior demigod Achilles, the greatest fighter to have ever lived. The Trojan War transcended the boundaries of warfare and stood for love, loyalty and legacy. The Trojan War emphasizes on the frailty of men and incompetence of megalomaniac rulers. However, we see how love triumphs over violence and even the bravest of men bow to its powers. The epic battles, supported by engaging subplots and characters, leave an indelible mark in the cinematic realm and never fail to amuse the viewers. 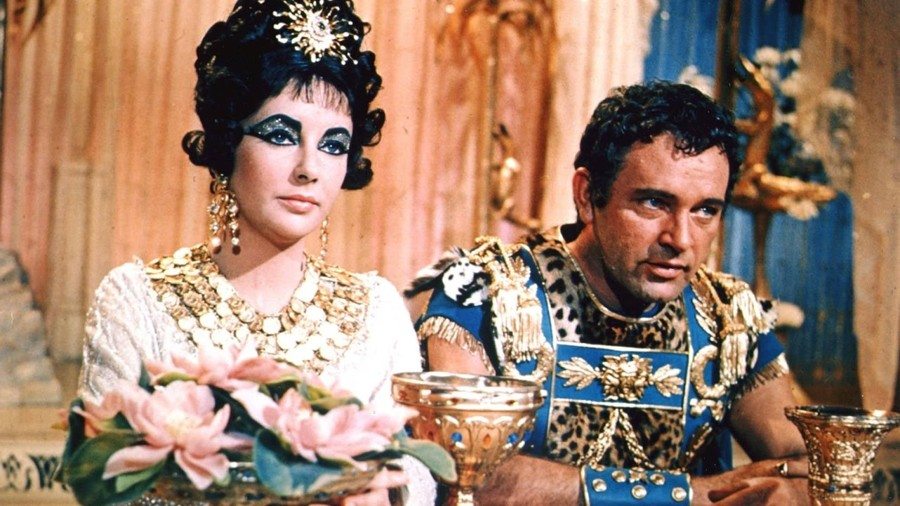 The 1963 film about the Imperialist Roman Empire and the struggles of an Egyptian Queen to avenge the betrayal of the Roman senate is a chronicle about the life of Cleopatra. Cleopatra was attracted to Julius Caesar and seduced him to assist her in overthrowing the Pharaoh of Egypt, the younger brother and gain dominion of the country. However successful they were, Caesar was betrayed and assassinated by his own countrymen and senate. What follows is Cleopatra tryst with redemption as she conspires with Mark Anthony to defeat Octavian, who was entitled as successor to Caesar. She resorts to several measures to help defend Egypt, all the while being riddled with setbacks. The story does not seek to glorify the spoils of war, but presents a befitting image of the characters and paints the true picture of the era. Cleopatra was brought to life by the ever elegant Elizabeth Taylor, supported by a shimmering cast including Richard Burton, Rex Harrison and Roddy McDowall.

Tales of gladiators, Roman rulers, the Colosseum have endeared us as we have grown up. However, only a few movies capture the spoils of the Roman rule as much as ‘Gladiator’ does. However historical accuracies have haunted the film’s reception to critics, scholars and the audience, the movie has given us memorable moments of valour and glory. Maximus (Russell Crowe), a fallen hero and a grieving husband and father, fights his way past the obscurities set forth by the deranged Emperor Commodus (Joaquin Phoenix). The movie depicts the exploits done to Gladiators for entertainment and the tumultuous political scenario in Rome. The movie bends the course of history for the sake of dramatization, but inspires us with brilliant action sequences and riveting dialogues, all bound by Hans Zimmer’s score and Ridley Scott’s direction. 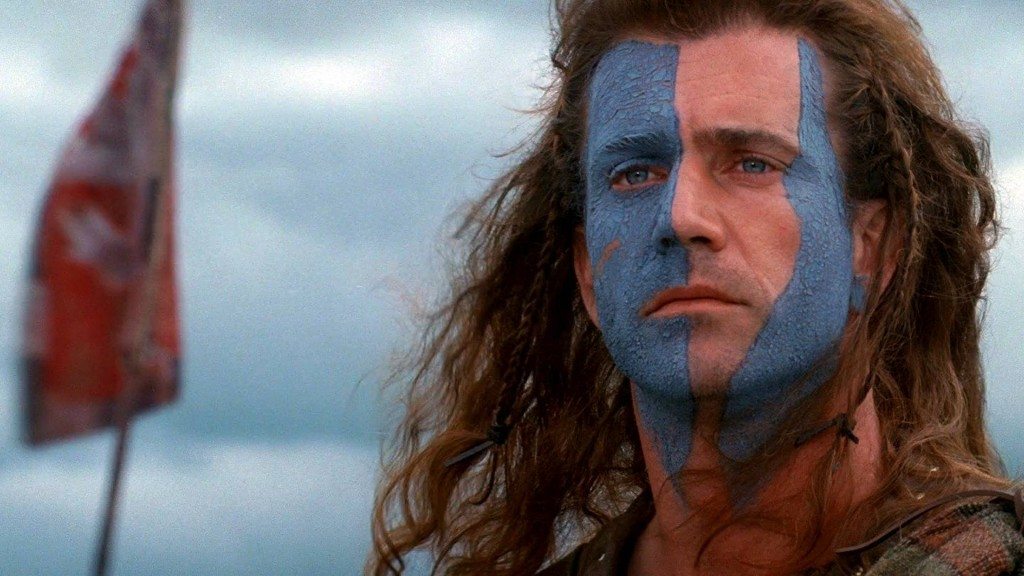 Mel Gibson directed ‘Braveheart’ to bring alive the character of William Wallace and his triumphant battle for the freedom of Scotland. The movie is oriented to the struggles of common men against the imperialist rule of the English emperor. William Wallace lost his wife, following which he ensued the atrocities beseeched upon Scottish citizens by demeaning laws. He mobilizes the men of Scotland to fight for their rights and freedom. He wasn’t only their liberator or leader against British Rule, but an embodiment of hope and optimism to take what was rightfully theirs, their lands. 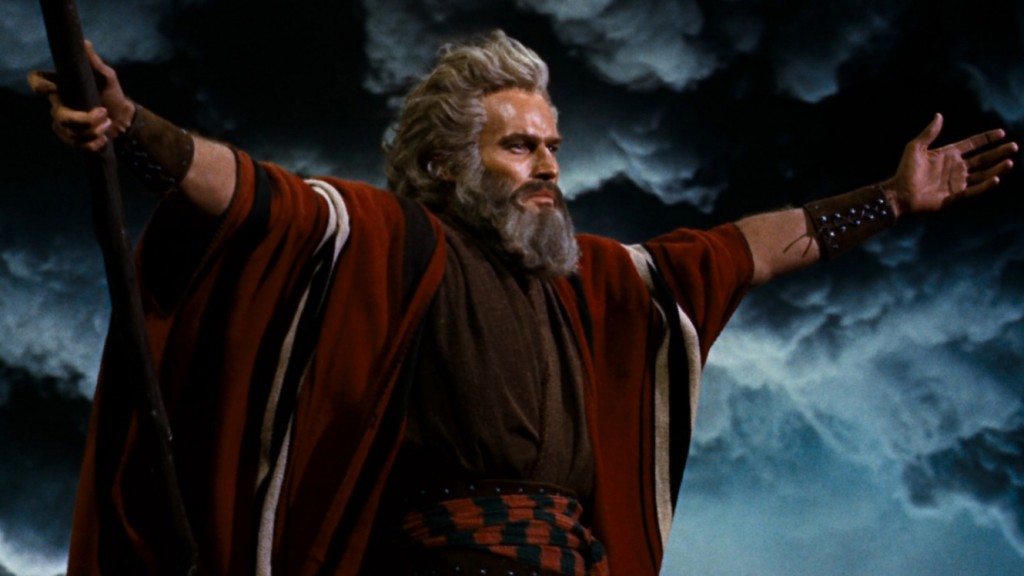 The film has been preserved by United States National Film Registry by the Library of Congress as being “culturally, historically, or aesthetically significant”. ‘The Ten Commandments’ is a biblical epic that presents the story or Moses – the liberator of the enslaved Hebrews and receiver of the Ten Commandments. The film’s premise is mythological and revolves around the how Moses was enlightened by a vision from God and set upon his mission to free Hebrews from the treachery of Pharaohs of Egypt. The film glorifies and dramatizes the Exodus while portraying the agony of Hebrews. The film was the largest commercial film during its release and was the last of Cecil B. DeMille’s cinematic venture. The movie’s significance in terms of Christianity and humanity is unmatched. 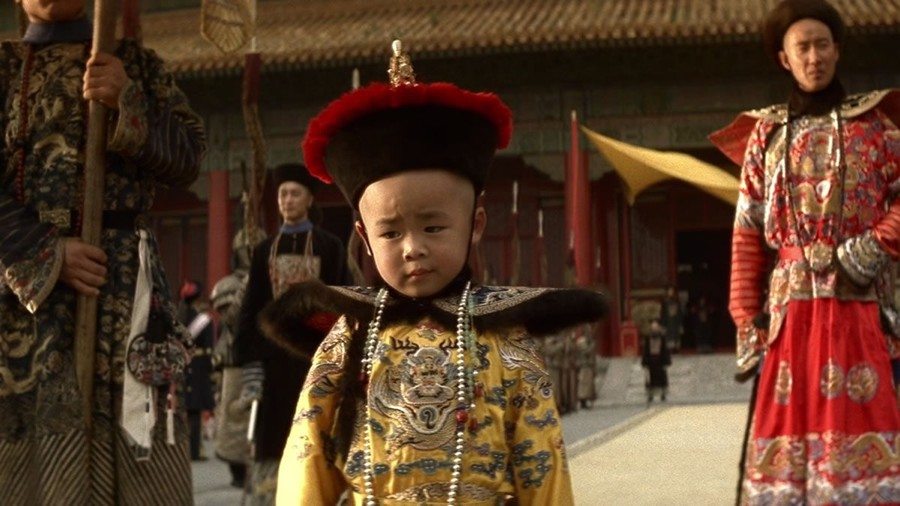 Bernardo Bertolucci is not a staunch believer of commercially successful and mainstream epic movies. Som when the expressionist filmmaker attempted to retell a historic drama, it was not a typical drama film. His films enliven a surrealist feel. In ‘The Last Emperor’, Bertolucci unveiled the story of Puyi, the last Emperor of China. The movie is narrated in a series of flashbacks from Puyi’s perspective while he is a prisoner of the Communist Party of China. We empathize with Puyi as he was always a reluctant ruler and unattached to the crown he wore. The film follows him through who domino over the Chinese lands, where he denounced traditional court practices and also led to his exile and eventual capture by the Red Army. The movie is not massive in production or storytelling, but rather a subtle biographical film that highlights a fallen Emperor’s struggles and cravings to be a common man with a regular life.

Unlike the other epic, historically significant movies included in the list, ‘Spartacus’ follows a slightly different path. It is not a story that glorifies a hero or dramatizes a Biblical tale. It is story of a man who rose against the authority, driven by the lust for freedom and the faith of his followers. ‘Spartacus’ narrates the story of slavery under the Roman Empire. The movie highlights the struggles of slaves who only wish to return home. They do not want to eradicate the corruption or exploitive power of the Republican Senate. Their humanity and bonding was intricately filmed by visionary filmmaker Stanley Kubrick. The film does not sing songs about legendary men. It is about survival and the desire to be free men once again. 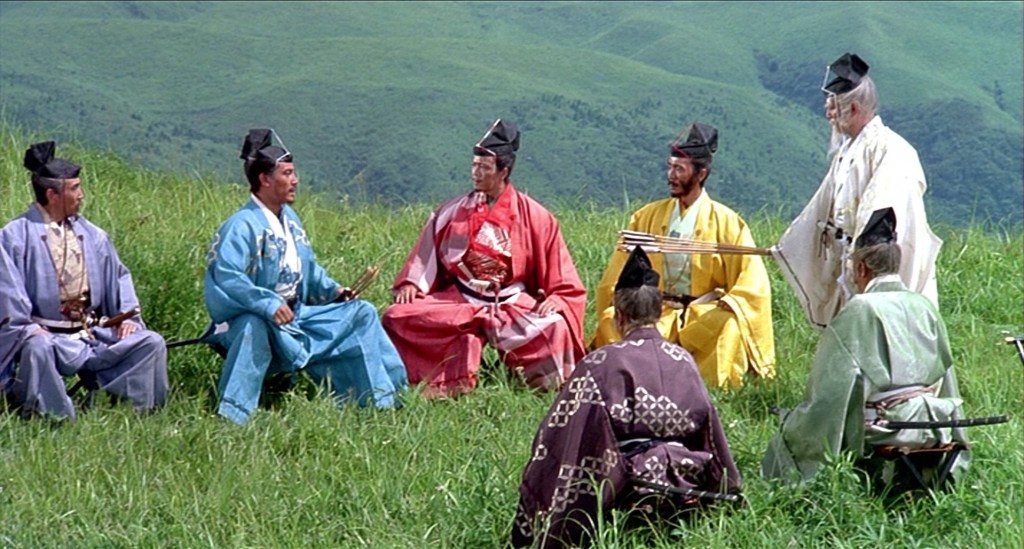 ‘Ran’ is Kurosawa’s take on Shakespeare’s tragedy, King Lear. He introduced his own perception into the story and scripted an expressionistic film of betrayal and disloyalty. The film was inducted into Roger Ebert’s Great Movies list and was described to be a “great, glorious achievement”. The film follows Hidetora Ichimonji (inspired by King Lear) who graces his three sons with his parts of his empire. However, he misunderstood his younger son and was later betrayed by his other sons who whose lust for power blinded them. Hidetora succumbed to insanity and was haunted by demons of his past. The story, much like Lear, presented compassion between a father and son and also how indifferent where his other sons towards his life. Kurosawa’s direction binds the film into a tragic tale with complex, convincing characters. It was also his last epic film. 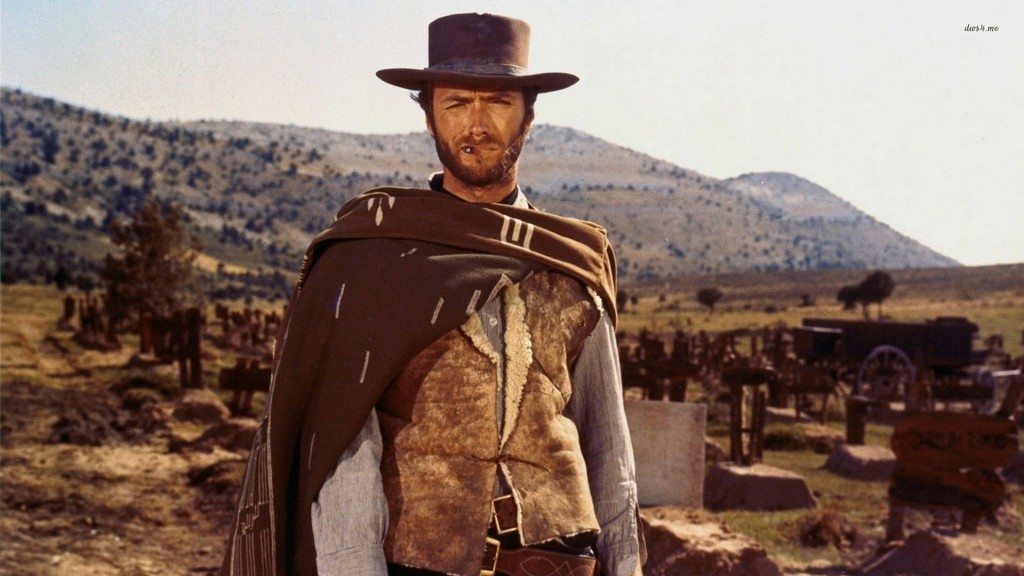 This might come across as an atypical choice for a movie close to Bahubaali – which features history, mythology and warfare. But if perceive from the viewpoint of epic movies, ‘The Good, he Bad and the Ugly’ rightfully deserves a place as a spectacular Western. We have been seduced by the gun slinging, horse riding spaghetti western school of movies created by Sergio Leone. But this movie stands out for being larger than Cowboy action. The movie is laden with subtle scenes of humanity and interconnection of rugged men in deserted lands. The movie is driven by the pursuit of a treasure amidst a war torn America. The climax of the movie has now become iconic and etched in the minds of its followers.

David Lean films are not known to be simple, straightforward and a passable, casual watch. His films are intricately detailed, layered and bring out a greater story by building up each aspect. From an array of brilliant films, ‘Lawrence of Arabia’ can be presumed to be the most popular. T.E. Lawrence was an insolent British Army Lieutenant embarked on a reporting mission to assess their ally Prince Faizal. However, Lawrence tactfully convinces the Prince to covertly invade Aqaba, a strategic location for their ongoing war for Arabia. Following the triumphs of his tactfulness and leadership, Lawrence is seen as a messiah to the Arabs who would liberate them. Lawrence leads them into war along with allies to recapture their lands. The integrity of the story and a stellar cast moulds the film into the cult classic that it is today. 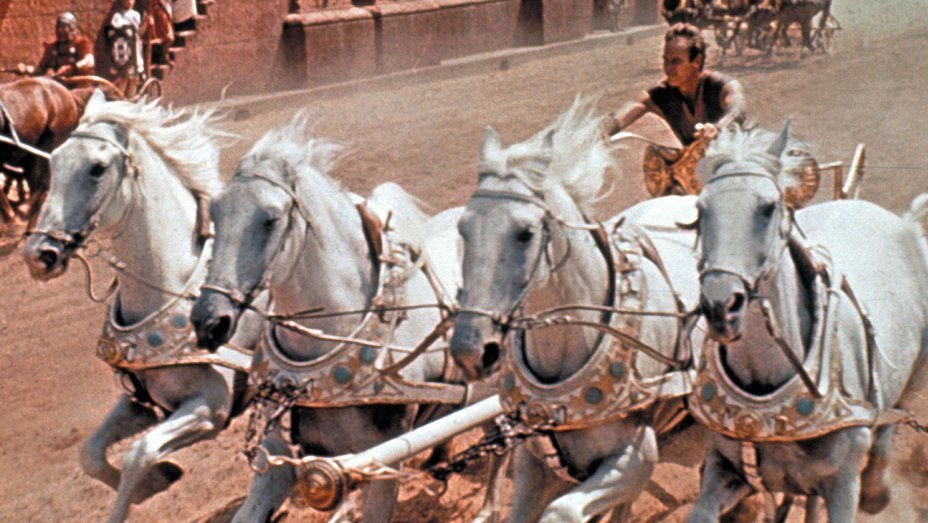 Ben Hur was the most commercially viable and successful period drama during its time. The massive scale of production was unseen before Ben Hur brought it alive on screen. The production design, vividly intricate costumes and sets, exciting action sequences set amidst the era of the Roman Empire became of the most profitable and decorated movie, second to only ’Gone with the Wind’. Ben Hur is largely an epic tale of redemption and justice, desired by a respectable merchant Judah Ben Hur who was betrayed by his friend, Messala. The movie paints a contrasting image of two powerful men where one strives for authority and empowerment, while the other stands for the social justice and harmony among the citizens. The story is laden with elements of fantasy, mythology and history. The iconic chariot race in the climax of the film is among the finest cinematic moments. The film went on to win 11 Academy Awards, the highest won by any film until Titanic (1997) equaled the record.

Lord of the Rings created a fantasy world laden with the elements of politics, drama, action, romance and tragedy. Middle Earth was brought alive vividly by Peter Jackson in a portrayal of ordinary people achieving the extraordinary. The Lord of the Rings is a combination of a medieval era war film with the essence of adventure and fantasy. The land has its own history, the stories framed by their own distinct events. The movie inspires as we follow the lead characters face the ravages of the realm. The magnanimous production design powered by tales of fantasy and war makes it one of the finest trilogies to have graced the silver screen.