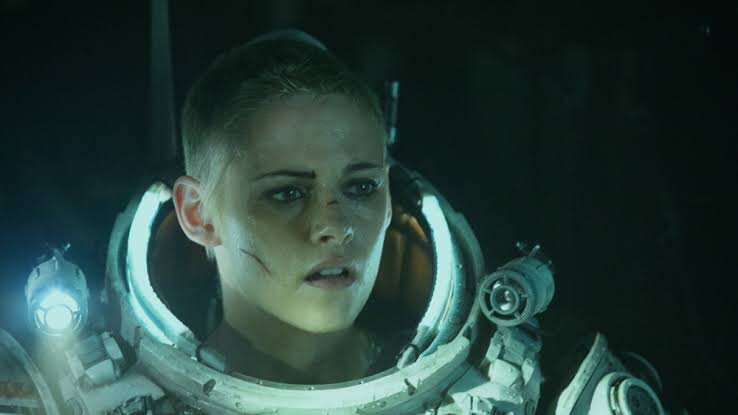 It is widely said that man has not yet been able to discover all the secrets that the oceans hide. Since 70% of the earth is covered with water, it is quite natural that many of the species which live in the depth of the oceans are still undiscovered.

In the film ‘Underwater‘ by William Eubank, we explore this idea within the garb of a science fiction-horror story. ‘Underwater’ deals with a number of scientists who are working in a submarine laboratory when an earthquake endangers their lives. What could cause their death more fatally is the fact that several mysterious sea creatures are out there in the water baying for their blood.

The film stars Kristen Stewart, Vincent Cassel, Jessica Henwick, and T.J. Miller. While performances by this stunning cast are truly appreciable, what ‘Underwater’ actually lacks is innovation in the narrative style. However, it cannot be denied that ‘Underwater’ works rather well for audiences who are not used to watching such movies. If you have enjoyed watching ‘Underwater’, here are some other movies you might be interested in checking out. Some of them are on Netflix, Hulu, or Amazon Prime. 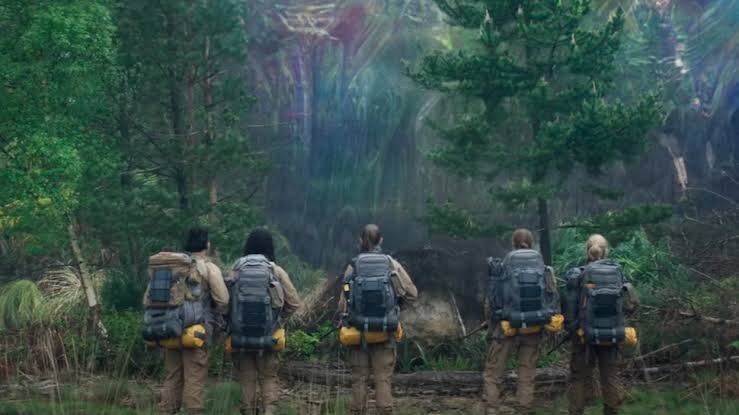 One of the greatest science fiction-horror films in recent years, ‘Annihilation‘ is the story of five women who venture into a mysterious zone which has suddenly appeared on the earth and is slowly increasing its size. All the teams which have earlier ventured into this zone have never returned. The only person to return in a stable condition is Lena, a cellular biology professor. Eager to find out what happens inside this zone which has been given the name “the Shimmer”, Lena and four other women carry out an expedition.

Inside, they come across biological mutations in plants and animals, and face dangers they have never experienced or thought were possible in the outside world. The cinematography and production design of the film, along with Natalie Portman’s performance in the leading role have made ‘Annihilation’ an unmissable movie. 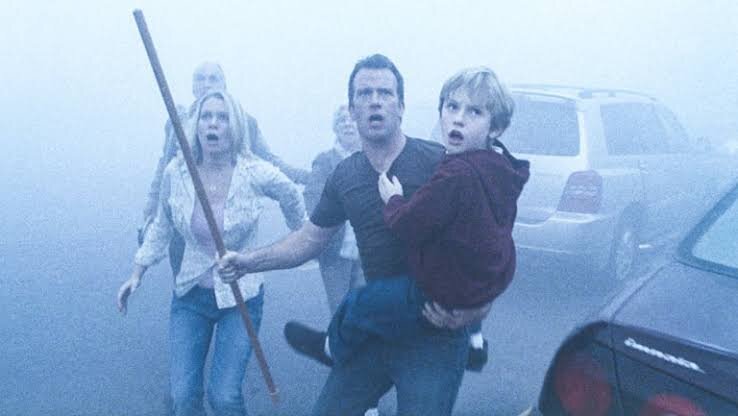 Adapted from Stephen King’s book of the same name, ‘The Mist‘ is a horror film that is scary and politically charged at the same time. The film is set in a quaint little town and focuses on David and his son Billy, who are at the supermarket to buy certain supplies. However, while they are in the supermarket, a strange mist fills the entire town and is so thick that nobody can go out in it.

Those who dare to go out are killed by certain mysterious monsters lurking within the mist. Inside the supermarket, the people who are trapped start getting more and more restless. The garb of civility falls apart as every individual gets busy saving his own skin. The film brilliantly captures the atmosphere present in King’s novel. With a tight screenplay and brilliant direction by Frank Darabont, ‘The Mist’ is one of the finest Stephen King adaptations. 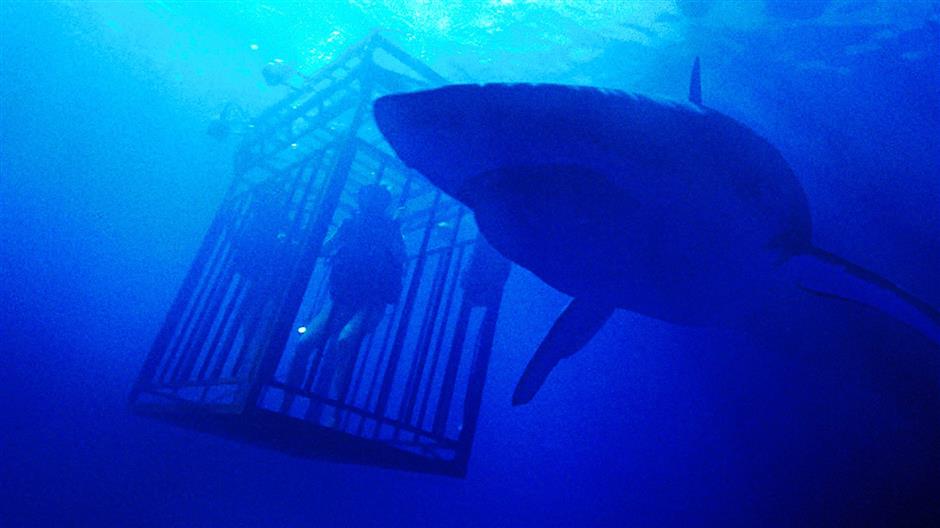 Survival horror is a genre that has given us some brilliant movies over the years, and ‘47 Meters Down‘, which belongs to this very genre, is one of those films which do not let us down. The movie centers around two sisters who have gone on a vacation and are eager to watch sharks from the safety of a diving cage.

The two sisters manage to convince a sailor to let them enter the water. Problems arise when the cable with which the cage is tied to the boat gives way, and the sisters are sent plummeting to the bottom of the ocean. The struggle for survival drives the narrative of the film. Despite there being only a single setting and very few characters to work with, the film manages to hold on to its gripping tension from the beginning to the very end. 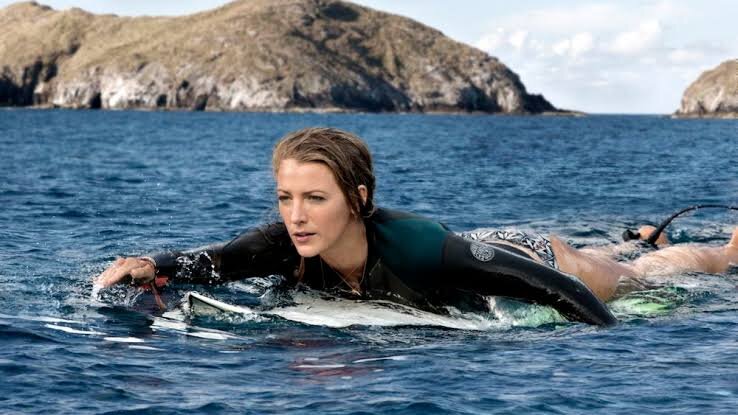 ‘The Shallows’ is the story of a woman called Nancy who is greatly troubled by the death of her mother. In order to spend some time on her own after this horrific tragedy, Nancy decides to go to a secluded island. But problems arise when one day, while she is swimming, Nancy is attacked by a shark. In order to save herself, she climbs onto a rock which is a fair bit away from the island.

How Nancy manages to survive this life-threatening ordeal is what the film’s narrative follows. What is interesting about ‘The Shallows‘ is the fact that it does not use the tropes we are used to seeing in shark movies. Instead, this film works as a thriller and keeps our eyes glued to the screen throughout its running time. Blake Lively puts in a rather powerful performance as the leading character. 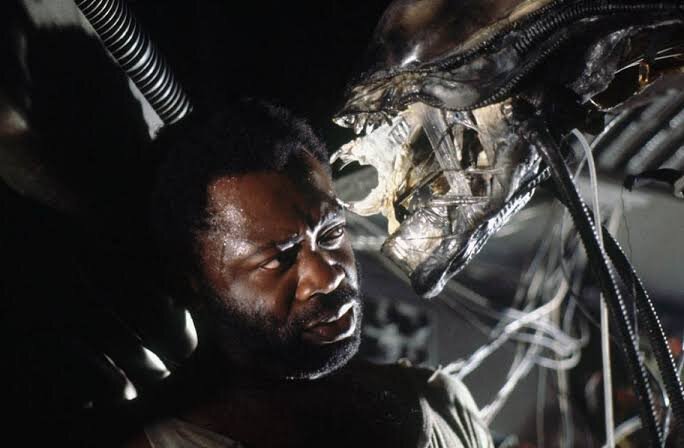 This 1979 film by Ridley Scott might be set in space, but it shares a thematic similarity with ‘Underwater’. The film’s story takes place almost entirely inside a spacecraft. This crew is out there for some commercial reason but deviates from their path when they get a distress signal from a planet.

They discover some strange eggs on the planet and do not realize that one of the creatures on the planet has found its way inside their spacecraft. As the spacecraft proceeds towards the earth, this creature grows in size and starts attacking all the astronauts on board. Ridley’s brilliant direction and Sigourney Weaver’s brilliant performance as Ellen Ripley make ‘Alien‘ one of the greatest science fiction-horror films of all time.