7 Movies You Must Watch if You Love 47 Meters Down

Survival or monster movies are of various types, and as years have gone by, newer trends have sometimes replaced the older ones or have even modified the older ones with contemporary technology. If we consider carefully, all such movies are basically stretches of the horror genre itself.  What do we see in horror films? An antagonistic force, whose powers are almost beyond the central characters’ comprehension; it makes their life miserable and starts killing them one by one. The dread that the characters feel, if properly channelized within the viewers, makes the film a success. Do movies like ‘Jurassic Park‘, ‘Jaws‘, and ‘47 Meters Down‘ follow this principle? Absolutely so!

’47 Meters Down’ is a film about two sisters who decide to go deep underwater using a diving cage. They have fun, initially, observing the aquatic life under the ocean while maintaining a safe distance owing to the cage. However, things don’t remain that easy, and soon, the cable which holds onto the cage breaks, and the two girls pummel towards the bottom of the ocean with deadly sharks all around them.

Entrapment and dread are the two central themes the film focuses on. The narrative is deftly paced and the thrills are rather exciting, but what ’47 Meters Down’ suffers from is the lack of decent performances from the two leading women, Mandy Moore and Claire Holt. Better actors could’ve propelled the film to a far greater height than what it gets credit for. However, if you loved this film and are looking for more similar flicks, then we’ve got you covered. Here is the list of best movies similar to ‘47 Meters Down’ that are our recommendations. You can watch several of these movies like ‘47 Meters Down’ on Netflix, Hulu or Amazon Prime. 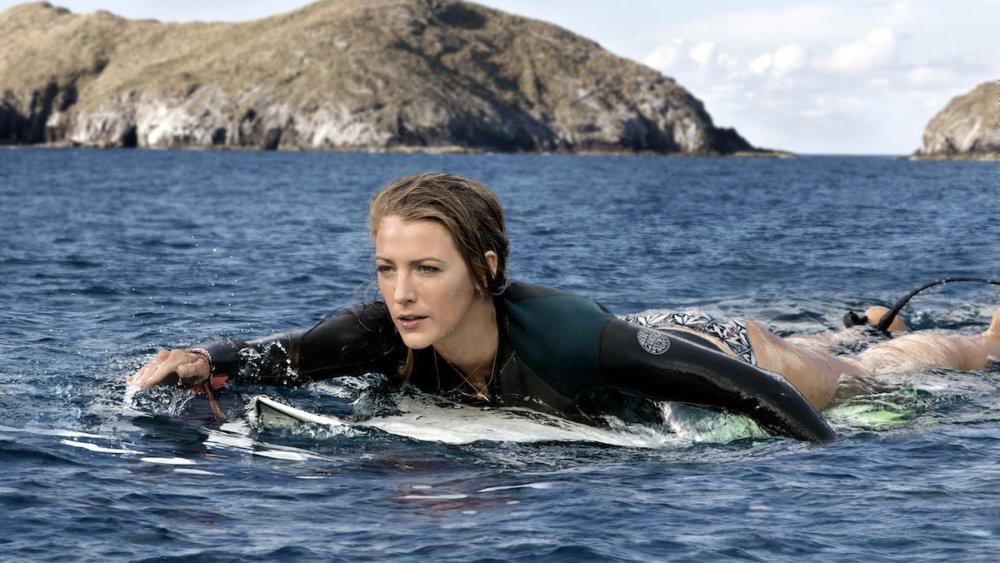 200 meters is the distance between life and death for medical student Nancy Adams. After the death of her mother, Nancy decides to travel to a secluded beach for some alone time. She surfs there, relaxing and contemplating life for the first time without her mother. While surfing, she is attacked by a massive shark and escapes to an island nearby. Now, fearing that the shark would be constantly on a lookout for her, Nancy cannot even dare to step into the water to reach the mainland. ‘The Shallows’ ended up being a critical as well as a commercial success. The film does not use the usual tropes associated with shark movies, and consciously strives towards standing out from the clan. The other stand-out aspect of the film is how well fleshed out the character of Nancy is. She is far from the typical horror movie girl, and possesses an interesting backstory that makes her character quite layered. Blake Lively does a wonderful job of portraying the character. 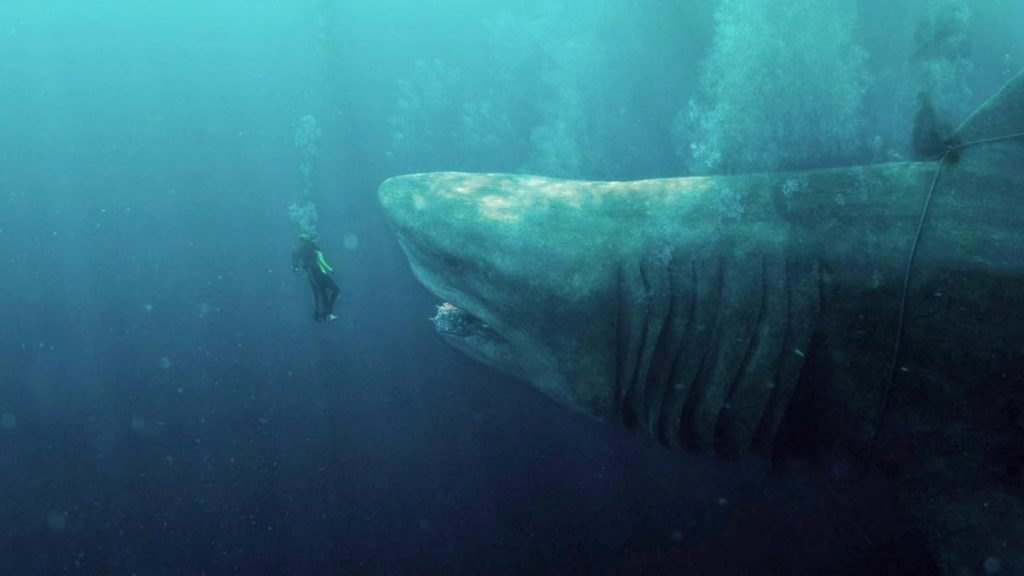 A Jon Turteltaub directorial, this monster shark film features iconic action star Jason Statham in the leading role. His character Jonas Taylor is a rescue diver who constantly suffers from a sense of failure after being unable to save the people trapped in a nuclear submarine from losing their lives. Taylor gets an opportunity to redeem himself when a submersible vessel full of underwater researchers gets trapped at the bottom of the ocean, completely unable to move. This distress has been caused by a gigantic prehistoric shark called megalodon which seems to exist at the deepest parts of the ocean. We have seen prehistoric creatures like dinosaurs in films like ‘Jurassic Park’, but this is the first time that a megalodon has been made the antagonist of such a film. Be that as it may, the film fails in delivering the goods as far as a shark movie is concerned. It is simply not that thrilling, and remains as quite an average venture, to be honest. 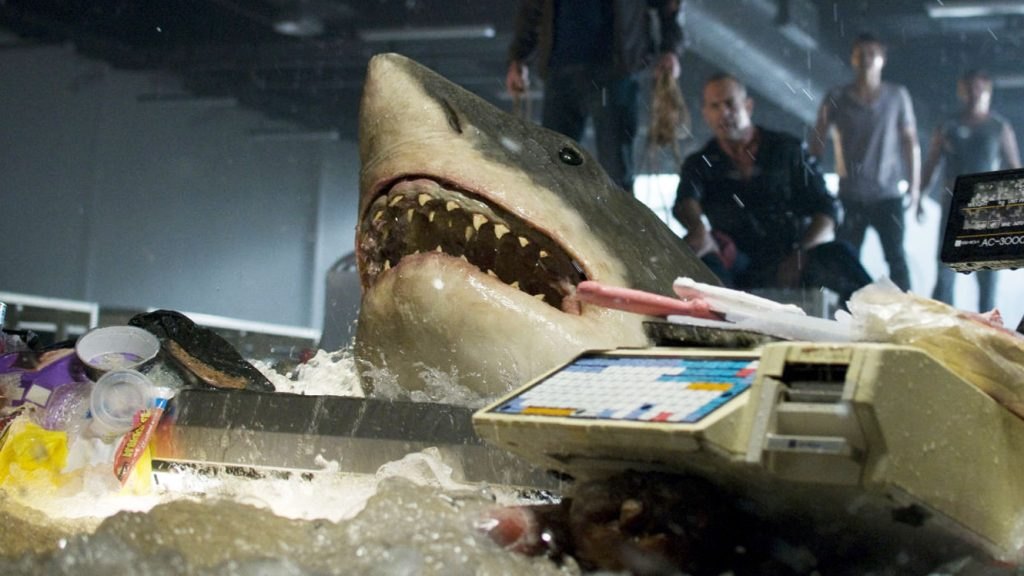 ‘Bait’ takes a unique approach to shark movies, and really strives hard to go beyond the beaten track and deliver something memorable. Here, the writers Russell Mulcahy and John Kim deliver a home invasion movie, where the intruder is a 12-foot-long shark. The film centers around the life of a lifeguard called Josh who gets trapped in a supermarket along with few of his acquaintances after a massive tsunami hits town and submerges a large part of the supermarket underwater. This causes a giant shark to swim right inside the market and terrorize all the people trapped in there. The film has its own unique perks, but where it fails is in creating characters you would genuinely care about. There are hardly any scary moments in the film, which is a shame because the approach here was quite unique. 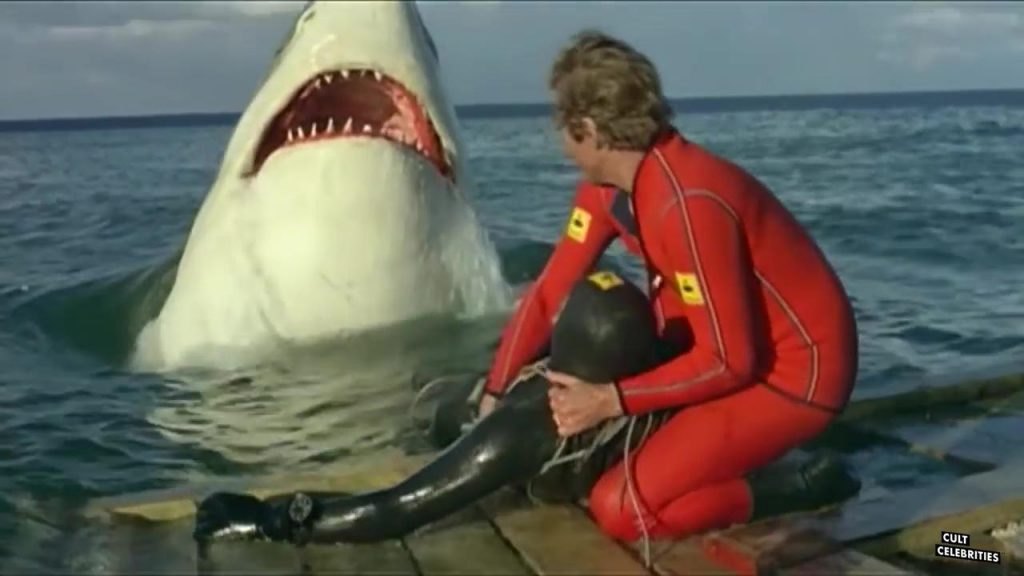 Let us for one moment shift our attention from Hollywood and focus on a foreign production dealing with a similar theme. This Italian survival shark film comes from the repertoire of Enzo G. Castellari, a filmmaker famous for genres like WWII, spaghetti westerns, and thrillers. Even Tarantino borrowed the name ‘The Inglourious Basterds’ from one of Castellari’ ventures. The film in question centers around a coastal beach terrorized by a shark which has already claimed some lives and is more than eager to claim some more. Peter Benton, an author, and shark hunter Ron Hammer join forces to go out there into the sea and kill the shark once and for all. The storyline makes it amply clear that the film is a blatant rip-off of the iconic Steven Spielberg film ‘Jaws‘. However, the film does offer us an insight into how a European interpretation of ‘Jaws’ could’ve been like, and this is the sole reason ‘Great White’ finds a place on this list. 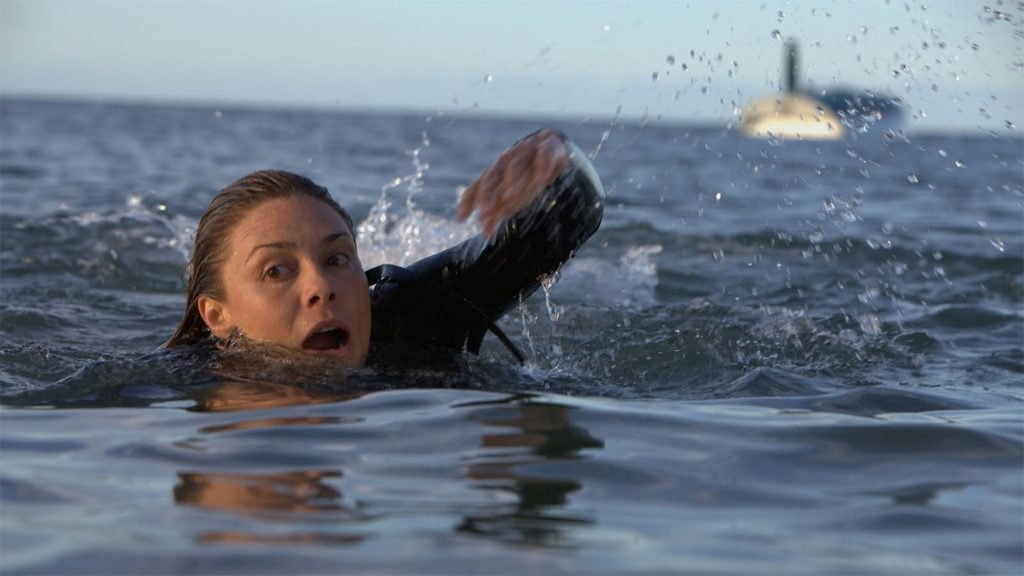 This Australian shark film tells the story of a group of friends who take a yacht for sale to Malaysia. However, their journey proves to be extremely fatal when the yacht hits a coral reef and its keel gets completely destroyed. Right in the middle of the ocean, the group now have to deal with a broken boat and also a large great white shark which has been targeting them for quite some time. ‘The Reef’ is a prime example of what masterful direction can achieve even when there are very limited resources and only a single situation to work in. The film manages to hold the nerves of the audience throughout its running time, using a certain degree of realism in its narrative which is hardly found in other shark movies. 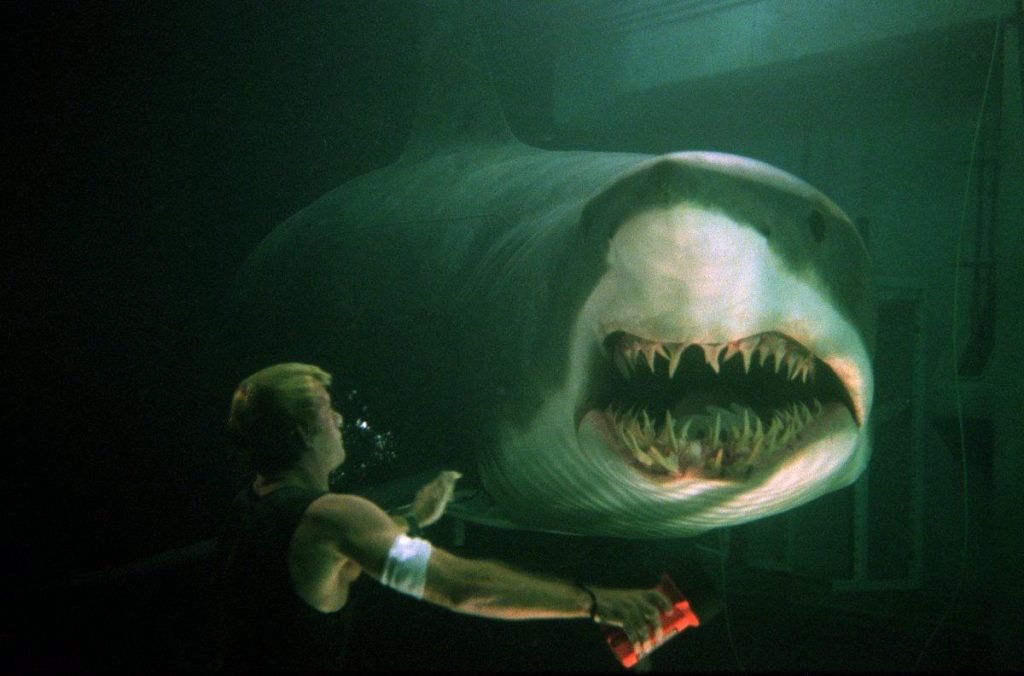 One of the most popular shark movies of all time, ‘Deep Blue Sea‘ is one of those rare gems we come across in a genre which is mostly filled with movies that work in almost similar ways. Starring Saffron Burrows, Thomas Jane, Samuel L. Jackson, Michael Rapaport, and rapper LL Cool J, the film tells the story of an underwater research facility where sharks are kept to facilitate research on the development of medicines for the Alzheimer’s disease. After one of these sharks attacks and kills a researcher, the chief scientist Dr. Susan McAlester reveals she had genetically engineered an increase in brain size of the sharks. Now, these creatures are far more intelligent and stronger than ever before, and it looks like most of the people in the research facility won’t make it out alive. The storyline, the performances, and the execution of the entire plot make for a truly memorable cinematic experience. Despite the film receiving a mixed critical response, it managed to become a smashing box office success. 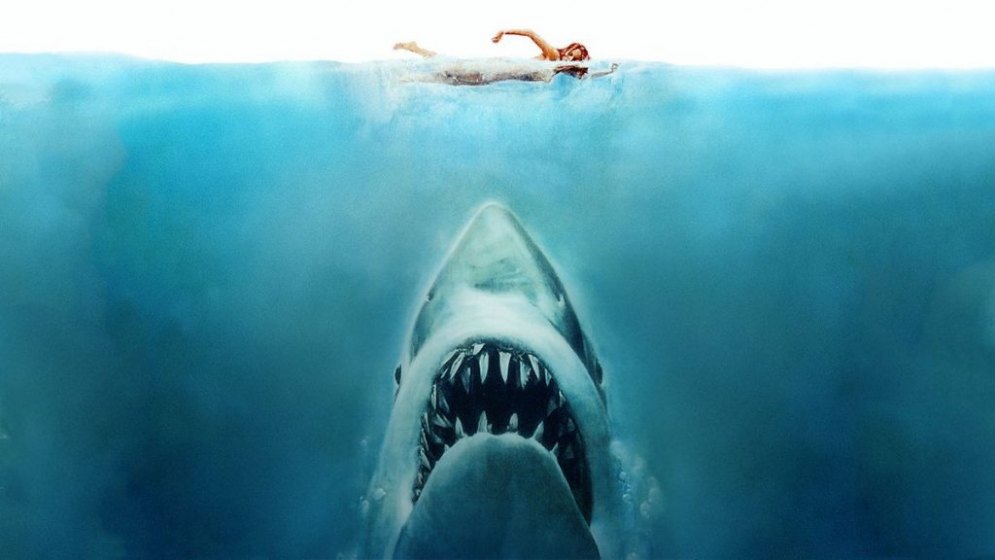 Steven Spielberg is a pioneer in the world of cinema in many different ways, and he can certainly be called the creator of the concept of a summer blockbuster. When the iconic New Hollywood filmmaker first stepped into the scene, he did show some promise with films like ‘The Sugarland Express’ (1974). But no one could anticipate what was to come after ‘Jaws’ released in the summer of 1975. The film attracted audiences by the millions and soon became one of the most successful films ever. What Spielberg does brilliantly in the film is that he creates an anticipation of the terror. The shark is hardly seen in the movie, but the camera and sound work in a way that creates a sense of constant fear in the mind of the viewers. He gives birth to a suppressed sense of excitement within us, which then receives a beautiful cathartic climax by the end of the picture. Franchise movies which are ruling the roost today almost owe their very existence to the genius of this man.