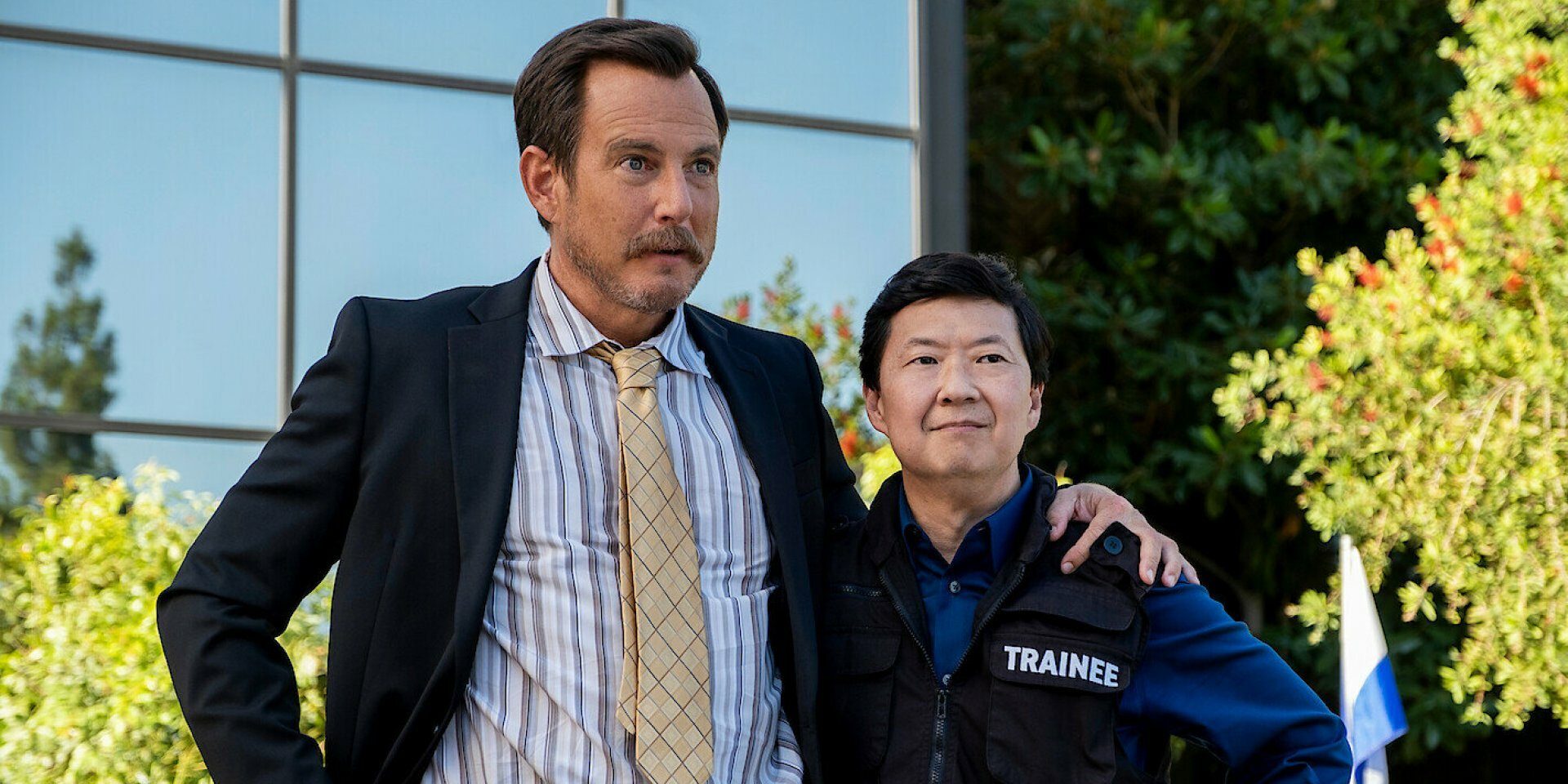 ‘Murderville’ season 1 reaches the finish line with an enthralling sixth and final episode. In the episode, Terry races across the town to solve a cold case, one with deep emotional significance to him. Terry partners with Ken Jeong (‘Community‘) to solve the case and examines new clues that surface in the case. Terry and Ken must navigate a web of lies and improvise through absurd situations to uncover the killer’s identity. If you are wondering whether Terry and Ken succeed in solving the murder mystery, here’s everything you need to know! SPOILERS AHEAD!

The sixth episode — titled ‘The Cold Case’ — opens with Terry excitedly announcing the revelation of a new clue in the case of his former partner Lori Griffin’s death. He tells Chief Rhonda about the anonymous call, which turns out to be from Lori’s dry cleaner. Terry retrieves the clothes Lori had given for dry cleaning years ago. Terry finds a diary in the clothes that provides the police with a new direction in the cold case. Rhonda pairs Terry with actor, comedian, and host Ken Jeong to solve the murder of Lori Griffin.

Terry and Ken visit the back alley where Lori was murdered fifteen years ago. The forensics expert, Amber Kang, recreates the crime scene and reveals that Lori was stabbed twice in the back. The killer left a piece of their prescription eyeglasses on the crime scene. A James Taylor concert ticket and four clover pins were also found on the scene. The killer used a professional-grade hunting knife to kill Lori. From Lori’s diary, Terry uncovers a list of three suspects.

Terry and Ken interrogate the suspects one by one. The first suspect on the list is Seamus Doyle, a former mob enforcer who is locked up in prison. The second suspect is real estate mogul turned reality show star, Rebecca Hendricks. The third and final suspect is Police Commissioner Barton. After interrogating all three suspects, Ken must come to a conclusion about the killer’s identity.

Murderville Episode 6 Ending: Who Killed Lori? Do Terry and Ken Solve the Case?

Unlike previous episodes, the three suspects do not appear to have a motive for killing Lori. Lori was working on a case before her death, and her findings could have threatened Commissioner Donald. Therefore, he is the only person with a hint of a motive to murder Lori. In the end, Ken presents his theory and accuses Barton of murdering Lori. His accusation is based on Barton’s use of glasses, thereby connecting him to the lens found on the crime scene. He also has a professional hunting license which ties him to the murder weapon. Moreover, Lori was killed in 2006, and the planner for 2006 is missing from Barton’s office.

Hence, there is solid evidence supporting Barton being Lori’s killer. However, Ken makes a fatal error in his assessment. Barton admits earlier in the episode that he cannot handle large crowds. Therefore, the concert ticket found on the crime scene could not have belonged to him, and he is omitted from the list of suspects. Seamus loves killing with a rifle and has near-perfect eyesight as a former sniper. Therefore, he is also not the culprit.

The actual killer turns out to be Rebecca Hendrick, who inherited a chain of hunting supply stores, is of Irish descent (thereby linking her to the clover), and has children named after the musician James Taylor. However, before Rebecca can be apprehended, Terry comes to a new realization after Rebecca admits that she had Lori killed to save her ambitious real estate project.

Based on the observations during the interrogations, Terry deduces that Rebecca paid Seamus to terrorize the inhabitants of a local community and obtained their land to build her project. She then bribed the police through Barton to keep the matter shut. Lori was onto the scandal and was killed to keep the conspiracy a secret. In the end, Terry uncovers the truth, and all three suspects are proven guilty. Thus, Terry avenges the death of Lori at long last.

Do Terry and Rhonda Reconcile?

In the first season, Terry is going through a difficult period in his personal life. Terry and his wife, Rhonda, are getting a divorce. Terry’s obsession with Lori’s murder has consumed the couple’s marriage. Therefore, Rhonda wants a divorce. While Terry tries to win back Rhonda, she has evidently moved on from their relationship and is dating Detective Daz. Terry receives a glimmer of hope for reconciliation after Lori’s murder case is solved. However, it proves too little too late as Rhonda reaffirms her desire to start fresh. In the end, Terry comes to accept the situation, and the couple parts ways on good terms.