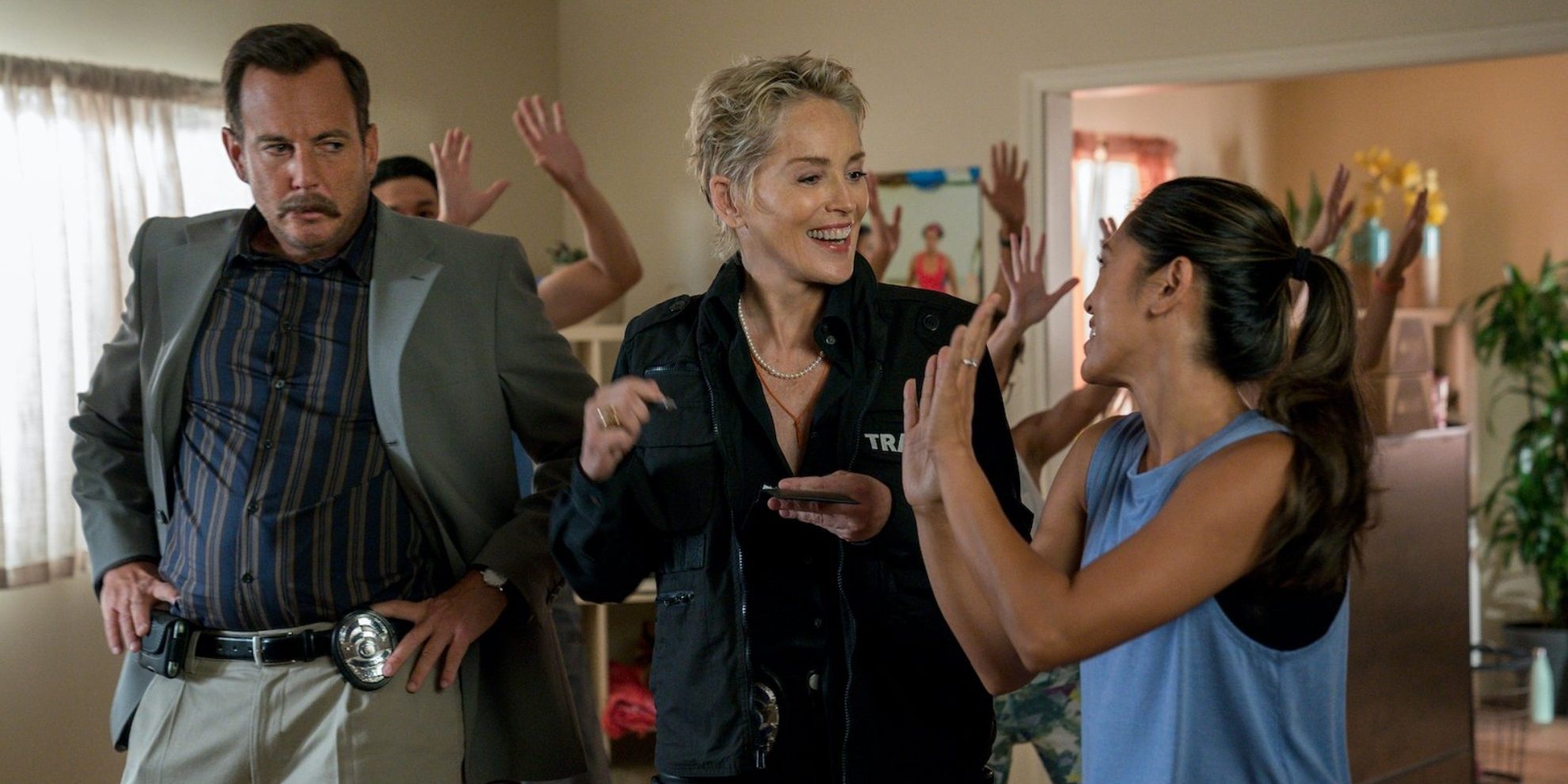 ‘Murderville’ episode 5 takes viewers to the City Hospital, where a surgeon has been murdered. Detective Terry Seattle teams with celebrity guest star Sharon Stone to solve the mystery. Sharon and Terry work on their chemistry while uncovering the killer’s identity. After facing a series of absurd situations and interrogating some suspects, Sharon must dissect the clues and catch the killer. If you are wondering whether Sharon succeeds in her quest, here’s everything you need to know about the ending of ‘Murderville’ episode 5! SPOILERS AHEAD!

The fifth episode, titled ‘Heartless,’ opens with Terry trying to sell some items for his pyramid scheme. He gets into an argument with Rhonda and Daz about the scheme’s legitimacy. However, Terry is confident that he can make money through this scheme. Soon, Rhonda introduces Terry to his new partner, Golden Globe Award-winning actress Sharon Stone. Terry and Sharon share embarrassing stories to bond as partners before working on a new murder case assigned by Rhonda. 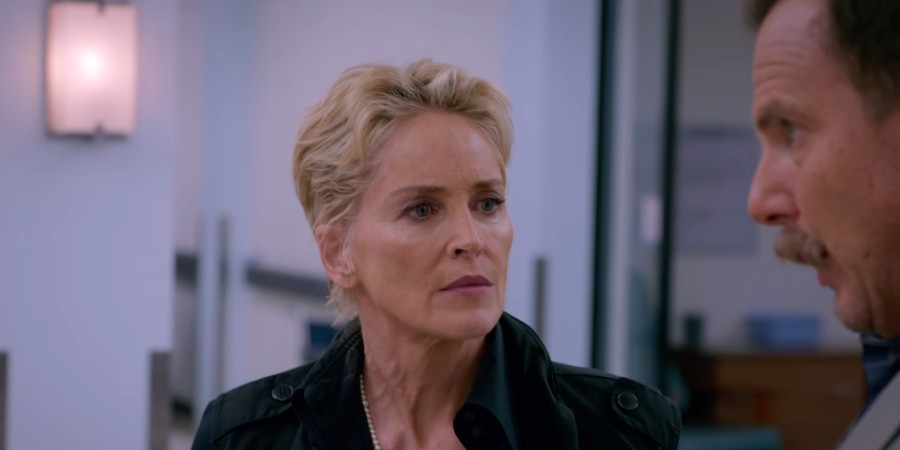 Terry and Sharon arrive at the City Hospital, which is the crime scene. At the hospital, they find the dead body of Dr. Sebastian Pierce, a surgeon known for his good looks and multiple affairs. Forensics expert Amber Kang reveals that someone surgically removed Pierce’s heart, which is evidenced by the sewing marks on his chest. Before killing Pierce, the killer played Mozart’s ‘Requiem’ in the surgery room and left a coffee mug on the scene. After gathering the evidence, Terry and Sharon head out to interrogate the suspects.

The first suspect is Dr. Joceyln Alexander, the Chief of Administration at City Hospital, who had a contentious working relationship with Pierce. The second suspect is Dr. Madison Cheng, the former girlfriend of Pierce. The third and final suspect is Dr. Will Gonzalez, the anesthesiologist at the City Hospital. After listening to the suspects’ testimonies, Sharon must deduce the killer’s identity.

As the narrative progresses, viewers learn more about the suspects and their relationship with the victim. Jocelyn was Pierce’s boss and the surgeon often created malpractice-related issues for the administrator. Thus, Joceyln had a motive to kill Pierce. Similarly, Madison and Pierce had broken up shortly before the latter’s death, and their bad breakup might have turned Madison homicidal. Lastly, Will’s wife cheated on him by having an affair with Pierce, which is a good enough motive for murder.

In the end, Sharon presents her theory about the killer’s identity. She accuses Madison of being Pierce’s killer. Sharon explains the logic behind her decision by stating that madison moved on pretty quickly after her breakup with Pierce. She has the required skillset and medical expertise to surgically remove a heart. Moreover, she literally used the phrase “ripped out my heart and stomped on it” to describe her breakup with Pierce.

As valid as Sharon’s reasoning sounds, her claim is incorrect. Firstly, Jocelyn could not have been the killer because she could have simply fired Pierce for causing her troubles. Moreover, her doctorate is in Hospital Administration, and she does not have the skills to perform surgery. Madison is also excluded from the list of suspects because she admitted that she does not drink coffee, but the killer evidently does.

Therefore, the culprit is Will. Despite being an anesthesiologist, Will is also a trained surgeon. He likes coffee and has the same ringtone as the classical music that was playing on the crime scene. Thus, all the evidence stacks up against Dr. Will Gonzalez. In the end, Will is arrested, but Sharon fails to crack her first case. Nonetheless, Sharon provides some entertaining moments that balance out the murder investigation’s seriousness.

Over the course of the series, viewers learn that the death of his partner, Lori Griffin, has been weighing down on Terry. He is unable to move forward in life and has been clinging to the case he has so far failed to solve. After his experience with Sharon, Terry decides that it is finally time to let the case go. As he prepares to close the case and wrap up the evidence, he receives an anonymous call. While the caller’s identity remains a secret, they promise Terry an important clue about Lori’s death. Thus, the stage is set for Terry to crack the case in the season finale.