My Super Sweet 16: Where is the Cast Now? 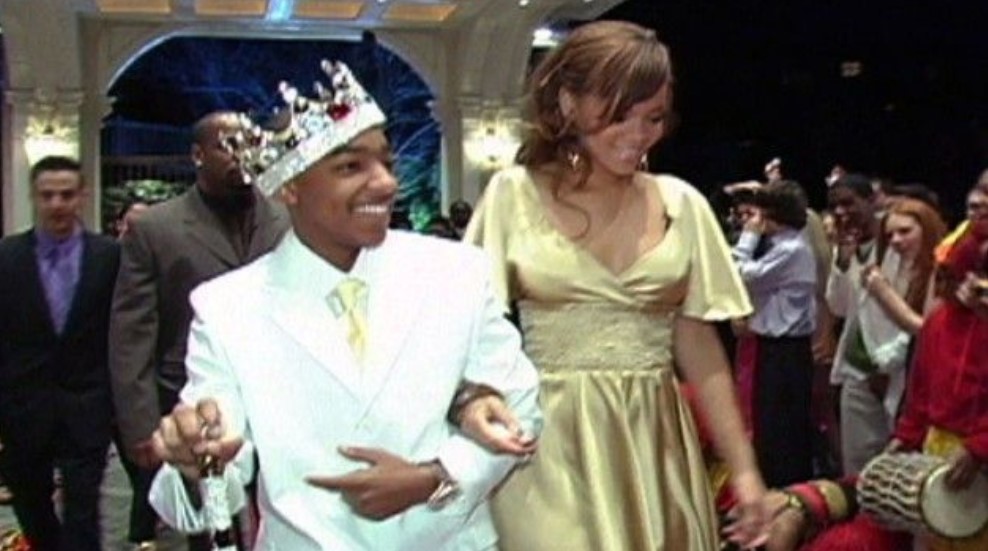 MTV’s ‘My Super Sweet 16’ is an interesting TV show that revolves around affluent teenagers and their extravagant 16th birthday parties. While cakes, streamers, and guests are common at every birthday party, the ones on the show include performances by popular celebrities, thousands of dollars worth of dresses, luxury cars, and even exclusive return gifts. Although the show has seen its fair share of controversy over the years, it has managed to retain a significant fan following, which is curious to know where the cast is at present. Well, fret not because we come bearing answers!

Where Is Cher Hubsher Now?

Although ‘My Super Sweet 16’ was Cher Hubsher’s first foray into the television industry, she soon went on to appear in other MTV reality shows, including ‘Exiled,’ ‘Blingiest Bashes,’ and ‘Giveaway Sweet 16.’ Besides, Cher and her mother, Dawn, starred in the TLC reality show ‘sMothered‘ and even wrote a book on the bond they share, titled ‘A Bond That Lasts Forever: A Mother Daughter Guide To A Happy Healthy Relationship.’

Interestingly, apart from her TV career, Cher has appeared in a few movies and even performed as a cheerleader for the Tampa Bay Lightning. Currently, Cher and her husband, Jared, are happily married, and the couple welcomed their first child in 2019. Moreover, apart from being a reality TV personality, Cher is currently involved in several professions, including that of a nurse and a dating coach.

Where Is Teyana Taylor Now?

Interestingly, right before her sixteenth birthday, Teyana signed a deal with Pharrel William’s music label, and the popular singer even attended her party to wish her a happy birthday. Interestingly, Teyana’s appearance in ‘My Super Sweet 16,’ helped her get noticed by producers, and the singer has gone on to appear in several other TV shows.

Moreover, she has also dipped her toe into the filming industry and has been a part of several major productions, including ‘Cruel Summer,’ ‘Brotherly Love,’ and ‘The After Party.’ While Teyana is now a popular singer and actress with several albums and awards to her name, she even appeared on season 7 of ‘The Masked Singer‘ as Firefly and was crowned the winner in the finale. At present, Teyana is happily married to basketball player Iman Shumpert, and the two even star in their own reality show.

Where Is Quincy Brown Now?

Viewers would know Quincy as the stepson of rapper and record producer P Diddy. At present, Quincy is a popular music artist and has several singles as well as an EP to his name. Additionally, he has also tried his hand at acting and has appeared in several popular movies like ‘Brotherly Love,’ ‘Dope,’ and ‘The Holiday Calendar.’

On the other hand, while ‘My Super Sweet 16’ was his first step into the world of television entertainment, he has since gone on to star in several TV shows, including ‘CSI: Crime Scene Investigation,’ ‘Star,’ and ‘Power Book III: Raising Kanan.’ Unfortunately, in 2018, Quincy lost his mother, model Kim Porter, who died from pneumonia at 47 years of age. However, from the looks of it, Quincy is currently living a happy life surrounded by his loved ones.

Where Is Reginae Carter Now?

Lil Wayne’s daughter, Reginae Carter, organized a ball for her sixteenth birthday and even had popular singer, Nicki Minaj, perform at her party. While ‘My Super Sweet 16’ introduced Reginae to the world of entertainment, she gradually honed her talent and built up a reputation in the filming industry. Although reports claim that Reginae is single at present, she has appeared in several movies and TV shows, including ‘Growing Up Hip Hop: Atlanta,’ ‘Social Society,’ and ‘Terror Lake Drive.’ Moreover, two of her productions, ‘I Got a Story To Tell,’ and ‘ Boxed In,’ are still in post-production.

Where Is Darnell Roy Now?

Darnell Roy wowed viewers when he got Rihanna to perform on his sixteenth birthday. Interestingly, Darnell is the grandson of the founder of Sugarhill Records, Sylvia Robinson, and currently serves as the president of the organization. Moreover, he has even appeared in the TV show ‘First Family of Hip Hop ,’ and is currently working on his career as a rapper, with a few popular singles already under his belt.

Where Is Marissa Mishelle Now? 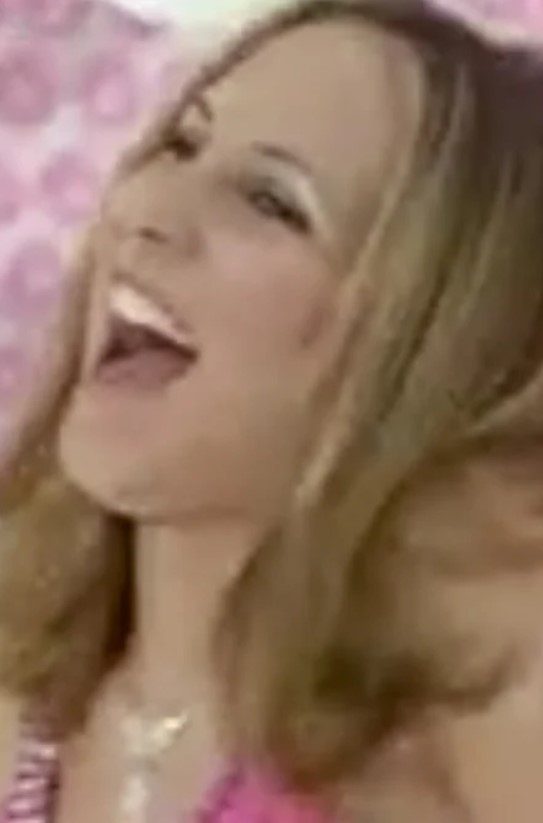 While ‘My Super Sweet 16’ launched Marissa into the spotlight, she even went on to appear in the spin-off show, ‘Exiled.’ However, since then, she has exclusively focused on her musical career and was quite popular as the lead vocalist for Defy Tomorrow. In fact, her performances won her several accolades, although Marissa later left the band and launched a solo career. However, from the looks of it, she is happily married and is associated with the LA-based band Minus Ned as its lead singer.

Where Is Sophie Mitchell Now? 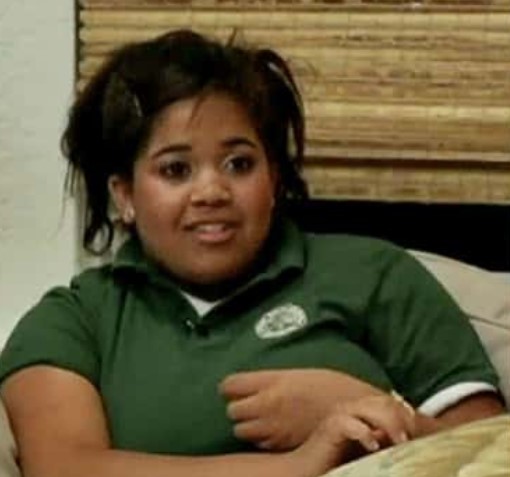 Interestingly, Sophie attracted a lot of unwanted attention as she was portrayed as a spoilt 16-year-old on the show. However, sources mention that since then, she has turned her life around and completed her education in Switzerland. At present, she resides in the Miami-Fort Lauderdale Area in Florida and works as a Managing Attorney in the Office of Criminal Conflict and Civil Regional Counsel.

Where is Ava Kashani Now?

Like many of her castmates, Ava Kashani’s portrayal as a spoilt kid on the show led to a massive controversy. However, Ava refused to pay heed to such issues and instead carried on with her life. She completed her Bachelor’s Degree in Political Science from UCLA before deciding to pursue a law degree from Pepperdine University. Sources claim that Ava currently resides in Beverly Hills, California, and earns a living as a successful lawyer.

Where Is Mary Morrison Now? 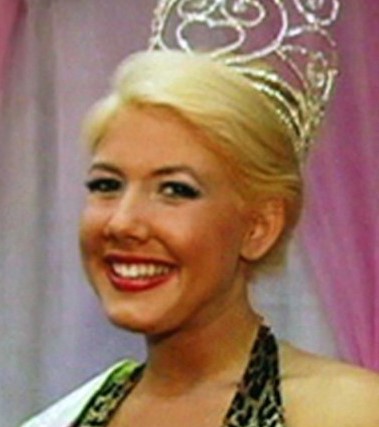 Interestingly, Mary also followed in the footsteps of most of her classmates and turned her life around after ‘My Super Sweet 16.’ Although she currently prefers to keep a low profile, sources mention that she completed her education at Middle Tennessee State University before going on to complete her Ph.D. in Industrial and Organizational Psychology from Walden University. At present, she resides in the Greater Biloxi Area in Mississippi and works in the Business Development department at Autopay.

Where Are Aly and AJ Michalka Now?

Sisters Aly and AJ Michalka have made quite a name for themselves in the music and entertainment industry. Apart from performing with each other as part of the musical group Aly & AJ, Aly went on to make her mark in the filming industry and has appeared in several productions, including ‘Phil Of The Future,’ ‘Easy A,’ ‘Bandslam,’ and ‘iZombie,’ among others.

On the other hand, apart from performing in several popular productions like ‘The Lovely Bones,’ ‘Super 8,’ and ‘Schooled,’ AJ is also an award-winning singer-songwriter like her sister. Moreover, Aly Michalka is happily married to Stephen Ringer, while AJ is seemingly in a relationship with Josh Pence.

Where Are Jacqueline Barkett and Lauren Kelly Now?

While on the show, Jacqueline and Lauren appeared as best friends who threw their birthday bash together. Post filming, Lauren went on to complete her education at Point Loma Nazarene University and even pursued a course in Spanish Language and Literature from CIS University. At present, she resides in Newport Beach, California, where she serves as the VP of Sales at Capital Inc. USA, a company she co-founded. On the other hand, Jacqueline completed her education at Fordham Law School and currently resides in New York, where she works as a Litigation Associate at Morrison & Foerster LLP.

Where Is Amberley Carter Now? 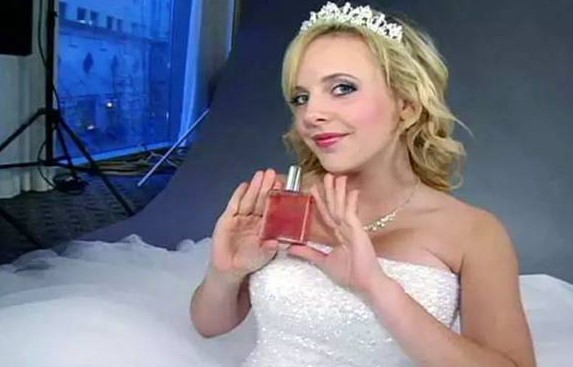 Unfortunately, Amberley Carter embraced privacy once filming for ‘My Super Sweet 16’ ended. Hence, she hasn’t revealed much about her personal life in public. However, sources claimed that back in 2018, Amberley was based out of Virginia Beach, Virginia, where she was employed by the Forensic Analysis and Engineering Corporation as a regional business development manager.

Where Is Bobby Strauser Now?

Interestingly, after ‘My Super Sweet 16,’ Bobby Strauser went on to become the CEO at Royalty Lifestyles Limousine before finding his own company LUXE Limousine Inc. in August 2013. From the looks of it, he presently serves as the CEO of LUXE Limousine Inc. and has pursued an associate of arts degree from Joliet Junior College.

Where Is Natalie Viscuso Now?

Following her time on ‘My Super Sweet 16,’ Natalie Viscuso decided to pursue a career in the field of entertainment. After working at Weinstein Co./Dimension and Tomorrow Studios, she served as the Vice President of Television and Digital Studios at Legendary Studios for a few years. However, reports in May 2022 stated that she has since switched organizations and is currently employed by Vertigo Entertainment as their Vice President of TV. On the personal front, she has been dating actor Henry Cavill since early 2021.

Read More: Secretly Pregnant: Where is the Cast Now?