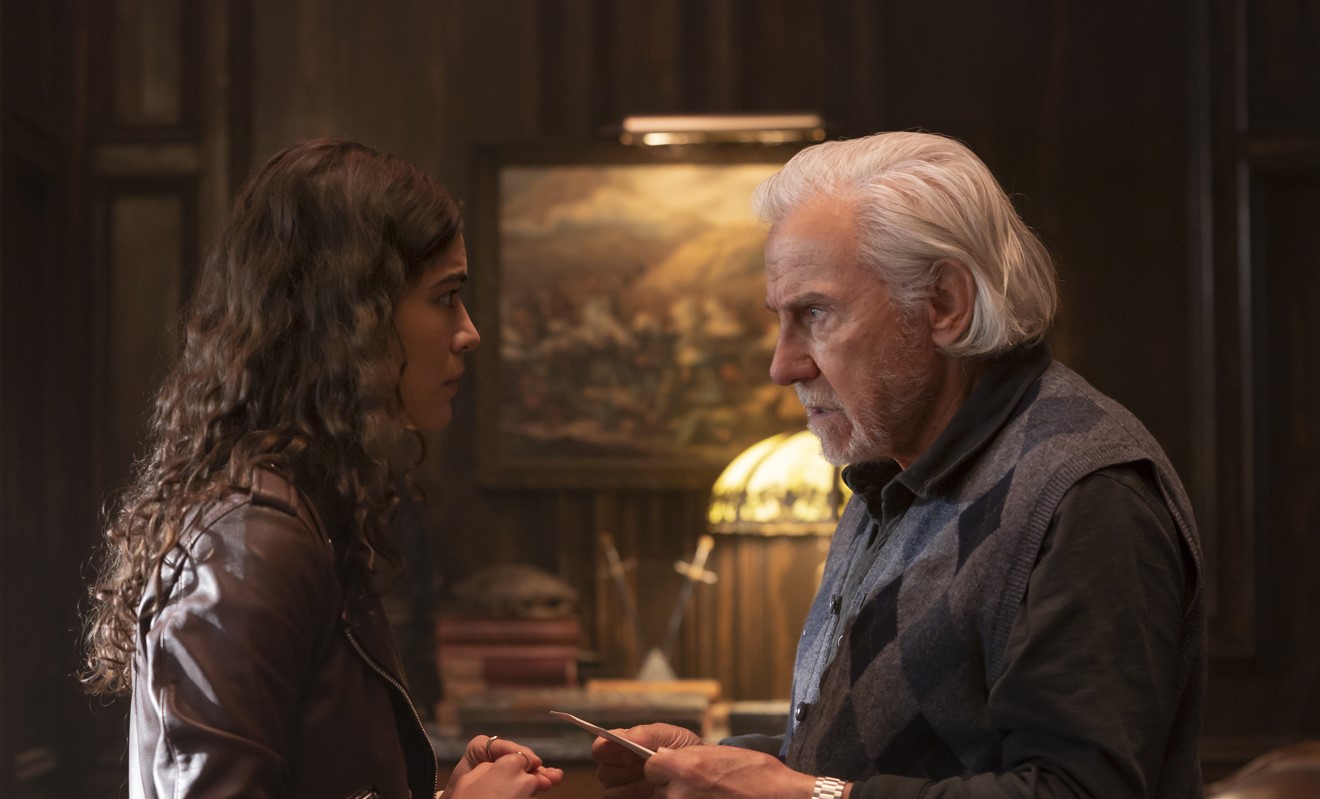 Director Jon Turteltaub’s ‘National Treasure’ (2004) and ‘National Treasure 2: Book of Secrets’ (2007) are classic examples of fun and engaging blockbusters. Even though they received mixed reviews from critics, they were successful at the box office. Despite this, the planned third entry in the ‘National Treasure’ franchise has been trapped in development hell for years. Instead of that, we get ‘National Treasure: Edge of History,’ a Disney+ series from the screenwriters of the films, Cormac and Marianne Wibberley (The Wibberleys co-wrote the first film with Jim Kouf).

In ‘National Treasure: Edge of History’ episodes 1 and 2, titled ‘I’m a Ghost’ and ‘The Treasure Map,’ we are introduced to the main character, Jess Valenzuela (Lisette Alexis), a young woman of Hispanic background, and her friends. Jess discovers a family secret and how it is related to the legendary treasure of the Aztec Emperor Montezuma. Here is everything you need to know about the ending of ‘National Treasure: Edge of History’ episode 2. SPOILERS AHEAD.

The series begins with Harvey Keitel’s character from the film, FBI special agent and Grand Master of the Freemasons, Peter Sadusky, speaking to someone, likely his grandson Liam, about the treasure of Montezuma (in history, Montezuma is also known as Emperor Moctezuma II or Moctezuma Xocoyotzin). During conquistador Hernán Cortés’ attack on the Aztec Empire, a group of indigenous women secreted away the treasure, which was hidden in the surrounding empires for centuries. Afterward, the women belonging to the Inca, Aztec, and Mayan people hid its locations in three relics.

These relics were lost in time until Rafael Valenzuela finds the Aztec relic in a church in Mexico City. He apparently works with a man named Salazar and decides to double-cross him. Ultimately, Rafael seems to have been killed, but his wife and infant daughter, Jess, manage to escape. As a parting gift, Rafael puts his Aztec sun necklace around his daughter’s neck.

Twenty-one years pass, and an adult Jess now lives in Baton Rouge, Louisiana. She is a DREAMer — intelligent, quick-witted, and with a penchant for solving puzzles. She wants to join the cryptanalysis division of the FBI, but she needs American citizenship first. Beyond all the problems that come with trying to find a long-lost Pan-American treasure, Jess and her friends — Tasha (Zuri Reed), Oren (Antonio Cipriano), and Ethan (Jordan Rodrigues) — have everyday issues as well, ranging from rent to a terrible boss.

Jess works at a storage facility, where she is tasked to find the man who rented a unit under the alias “Iam Phasma” as six months’ worth of rent is due, and her boss plans to sell off the items in the unit if the rent isn’t paid. Jess figures out that “Iam Phasma” is the code for “I am Ghost,” and tracks down the renter, who happens to be Peter Sadusky (Harvey Keitel).

The years haven’t been kind to Sadusky. After the death of his son, he became estranged from Liam (Jake Austin Walker), who blamed Sadusky for his father’s death. Sadusky was also ousted from the FBI and developed severe dementia. Despite this, when Jess meets him, he recognizes her necklace and gives her an envelope addressed to his grandson. Jess later discovers that Sadusky has died. She intends to give the envelope to Liam, but curiosity gets the better of her and Tasha, and they open it to find a photo inside, along with the last words of a dying man to his grandson. Jess tracks Liam down to the bar he performs at, but he refuses to accept the envelope and its content. His resentment toward his grandfather is very much alive even though the man has died.

Using the photo as a clue, Jess and Tasha find the Aztec relic in the Freemason headquarters. Meanwhile, Jess and her friends draw the interest of the ruthless treasure hunter Billie Pearce (Catherine Zeta-Jones), who kidnaps Oren to force Jess to give her the relic. Although Jess acquiesces, she manages to open the relic first and take pictures of the map engraved there.

Even though the official report says Sadusky died in his sleep, Agent Ross (Lyndon Smith), the rookie FBI operative Jess and Tasha met when they unsuccessfully try to report Oren’s kidnapping, wonders whether foul play was involved. She is dissuaded by her boss, who asks her to give the deceased a modicum of dignity, but the circumstances surrounding Sadusky‘s death are indeed questionable.

We know that Billie had Sadusky under surveillance, and that’s how she finds out Jess visited the man. It is not beyond the realm of possibility that Billie had Sadusky’s professional caregiver, Miles, in her payroll and used him to get rid of the former FBI agent. Even if she didn’t, she does have the resources to kill Sadusky and make it seem like the man died in his sleep. More importantly, Billie has the willingness and capacity to kill a man, demonstrated when her lackeys threaten to kill Oren, undoubtedly on her orders.

Why is the name of Jess’ mother on the unpublished academic paper about the treasure?

In the films, we don’t learn much about the Sadusky family. It turns out that they can be as obsessive about history and treasure as the Gates. Liam lost his father to that obsession and came to hate his grandfather. But when his mother says his father wasted his life, he can’t help but protest. This is also what connects him and Jess, who has believed Rafael was a thief her entire life. Her mother, Manuela, who passed away about a year before the start of the show, lied to her, likely to keep her safe from Rafael’s enemies.

Liam takes her to the secret room where his father and grandfather stored everything they found while hunting for the treasure. Liam shows Jess an unpublished research paper from Mexico that started the hunt. It is written by Manuela. It seems that she and Rafael found out about the relics, and the latter worked with Salazar and his people to find them. Sadusky’s voiceover indicates that Rafael was a spy, likely for the Freemasons. This means that the name and contact information Rafael gives Manuela before they part ways probably belonged to Sadusky or his son, who brought Manuela and Jess to the US and ensured their safety.

Read More: Is National Treasure Edge of History Based on a True Story?