Is National Treasure Edge of History Based on a True Story? 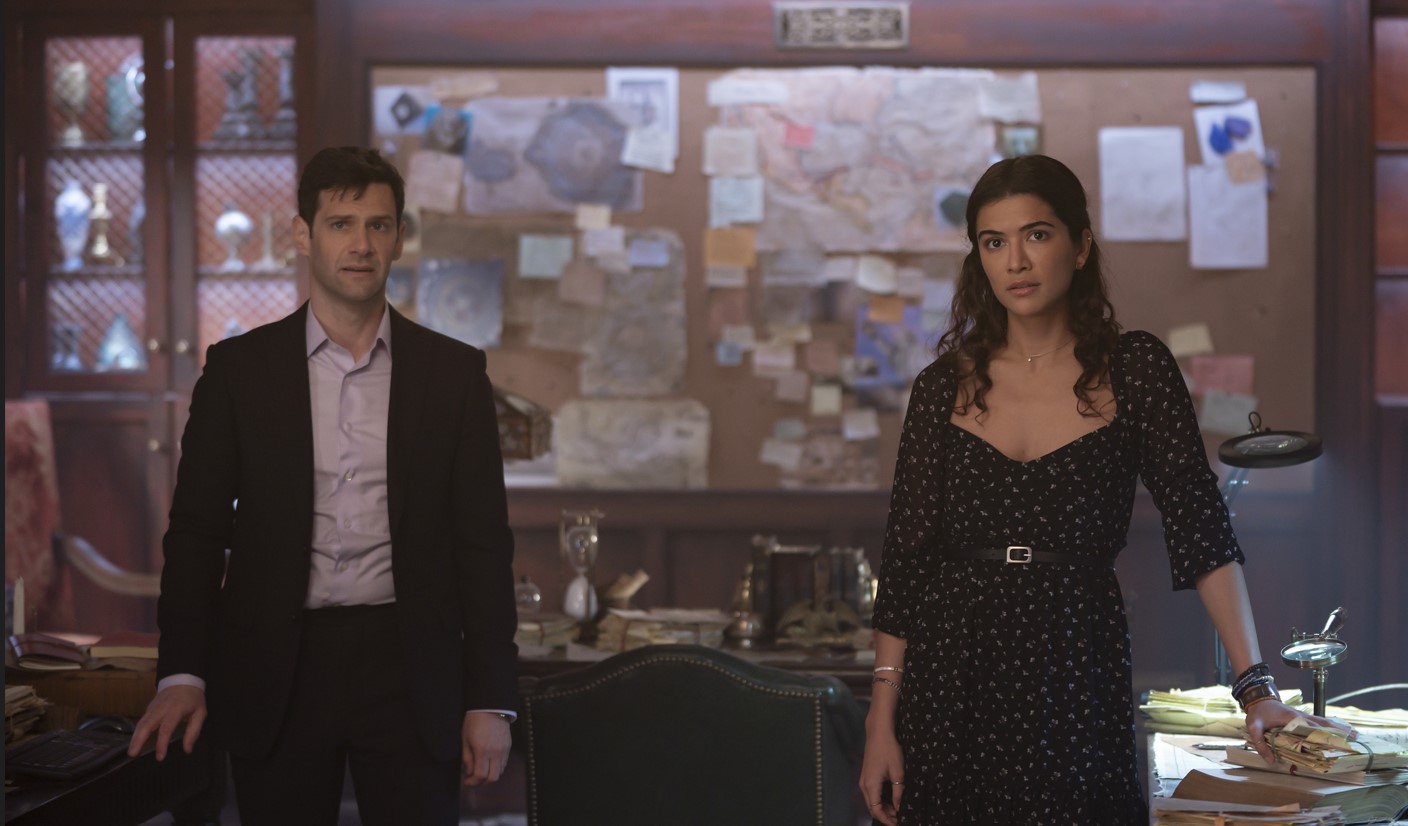 A Cormac and Marianne Wibberley creation, the Disney+ action-adventure series ‘National Treasure: Edge of History’ tells the story of Jess Valenzuela (Lisette Alexis), a young woman of Hispanic background, who discovers certain truths about her parents and embarks on a journey to find a long-lost Pan-American treasure along with her friends. Intelligent, quick-witted, and with a penchant for solving mysteries, Jess must overcome intricate puzzles and the antagonism of the ruthless treasure hunter Billie Pearce (Catherine Zeta-Jones) before she can find the answer she is seeking.

The plot of ‘National Treasure: Edge of History’ is rooted in American history, predominantly indigenous, Spanish, and French. If that has made you wonder whether the Disney+ series is inspired by actual events, we got you covered.

Is National Treasure: Edge of History a True Story?

No, ‘National Treasure: Edge of History’ isn’t based on a true story, but as mentioned above, aspects of American history are deeply embedded into its narrative. The Disney+ series is set in the same universe as the original two films, ‘National Treasure’ (2004) and ‘National Treasure 2: Book of Secrets’ (2007), which Jon Turteltaub directed. Jim Kouf, Oren Aviv, and Charles Segars originally created the said universe and the characters inhabiting it. Kouf also served as the screenwriter along with the Wibberleys for the first film. The Wibberleys also wrote the script for the second film and received credits for the story along with Kouf, Aviv, and Segars. Despite the success that these two movies achieved, the third entry in the franchise has been caught in development hell for years.

As a show, ‘National Treasure: Edge of History’ expands on the universe built in the films. The characters in the show are younger than their movie counterparts, who are regarded as “superstars” and whose exploits are legendary in the show’s timeline. Like the films, the Disney+ series heavily draws from history. With Jess Valenzuela being a DREAMer, it allows the series creators to explore various facets of immigration to America. “… Cormac had this idea about a DREAMer,” Marianne Wibberley told CBR. “If our lead was a DREAMer, that kind of puts them in that age group right away. They came to America at a certain age, looking to get citizenship, but maybe will never have citizenship. They are a person who understands American history because they study it because they want to be an American citizen. It sort of came out of that.”

The series co-creator continued, “In the process, we hope people learn a little bit more about where we come from in America. It’s not just the Pilgrims. It’s the Indigenous and the Spanish and the French. We wanted to cover that side of American history for the show. We did the Founding Fathers in the movies, and we did the Civil War and the Revolutionary War in the movies, so we were trying to find another slice of history that we could explore for the 10 hours.”

‘National Treasure: Edge of History’ is the husband and wife screenwriting team’s first project since the 2012 short-lived USA Network comedy-drama series ‘Common Law.’ Marianne Wibberley stated in the same interview that they drew inspiration from ‘Buffy the Vampire Slayer’ (1997-2003), another action-adventure series about a young cast of characters that was developed by the screenwriter (Joss Whedon) of the film it was based on.

Several characters from the original series appear in the show’s first season, including Riley Poole (Justin Bartha) and FBI special agent Peter Sadusky (Harvey Keitel). As for Ben Gates (Nicolas Cage), Abigail Chase (Diane Kruger), and Patrick Henry Chase (Jon Voight), the Wibberleys are holding out hope for the prospective season 2. So, to sum it up, ‘National Treasure: Edge of History’ is not necessarily based on a true story, but it does draw from history to build up its narrative.

Read More: Is National Treasure Edge of History a Sequel or a Reboot?