Directed by Charles Van Tieghem, Netflix’s ‘Friendzone’ is a French-language romantic comedy film that tells the story of Thibault, a kindhearted young man who hopes to change his poor luck with women by following his friends’ advice to date Rose, a girl who has friend-zoned him. After many turns and twists, Thibault’s feelings come to a boiling point as he desperately tries to climb out of the friend zone.

However, does Thibault succeed in his quest to win over Rose? Or is his pursuit doomed from the very beginning? We take a look at the events of the feel-good movie and break down the answer for you. Here’s what happens at the end of ‘Friendzone!’ SPOILERS AHEAD!

In ‘Friendzone,’ Thibault, who works as an orderly at a hospital, stays at a resort for his friend’s bachelorette party. Late at night, he goes skinny dipping into the sea and ends up meeting a beautiful girl named Rose. She is stung by a fish, and Thibault helps Rose get to her room and eases her pain. They talk, and Thibault learns that Rose has recently broken up with her boyfriend, Bruno. After returning home, Rose texts Thibault to make plans for the evening. 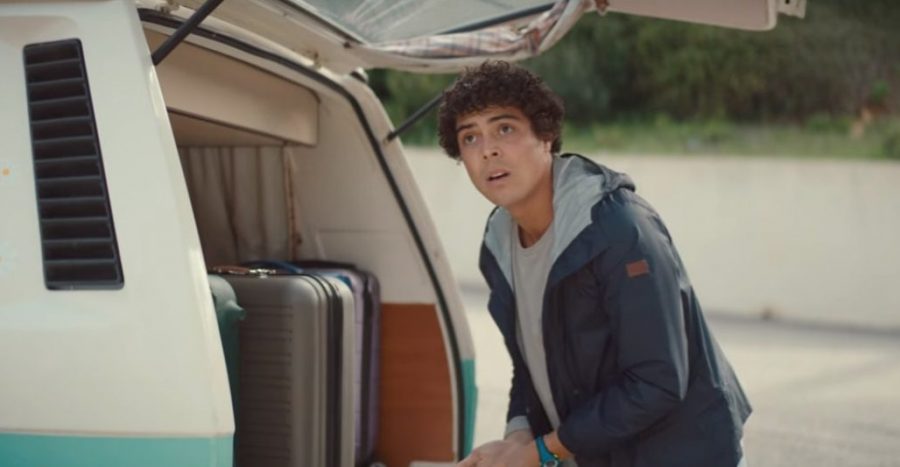 Over time, Rose and Thibault grow close, and Thibault considers proposing. However, he realizes that Rose only sees him as a friend and is left heartbroken. Thibault’s friends, Alexandra, Lulu, and Maud, point out that he failed to make an excellent first impression and ended up getting friend-zoned by Rose. They decide to give Thibault a complete makeover and suggest he cuts off contact with Rose for the time being.

With the help of his friends, Thibault’s personality is completely changed, and he manages to get the phone number of Jennifer, a famous social media influencer. Thus, his transformation is complete, and Thibault is ready to re-enter Rose’s life. However, when he meets Rose, Thibault finds out that she has patched up with Bruno. Once again heartbroken, Thibault calls Jennifer, and the two hit it off.

Despite Jennifer’s elitist attitude and intense personality, Thibault begins a passionate relationship with her. Knowing that Thibault still has feelings for Rose, his friends make a plan to use Jennifer to make Rose jealous. Simultaneously, they plan to show Rose that Bruno is not suitable for her. Their scheme ends up producing disastrous results, and Thibault must deal with the consequences.

Friendzone Ending: Do Thibault and Rose End Up Together?

At a party, Thibault’s friends are executing their plan of hitching Thibault with Rose. However, things get out of hand when Rose sees the true colors of her boyfriend and leaves. Thibault chases after her and comforts an upset Rose at her apartment. Thibault tries to kiss Rose, but she feels he is taking advantage of her vulnerability. She throws him out, and Thibault breaks up with Jennifer. Thibault lashes out at his friends for giving him crazy advice and turning him into a mean and detestable person.

Later, Thibault slowly reconciles with his friends. When he learns that Rose is moving to Spain, Thibault musters the courage to confess his true feelings and arrives at her apartment. He accepts that he was playing games with Rose in order to win her heart. Thibault admits that he is done pretending to be someone else. In a grand romantic gesture, Thibault yells “I love you” from atop a truck, and his sincerity wins Rose over. Thibault and Rose share a kiss as his friends and onlookers rejoice. The movie ends with Thibault and Rose enjoying each other’s company in Spain.

Thibault’s confession scene particularly reminds the viewers of the classic balcony scene from William Shakespeare’s ‘Romeo and Juliet.’ For a moment, the audience might wonder whether Thibault’s pursuit of love will also end in a tragedy. However, Thibault and Rose end up together. Every romantic movie needs a grand romantic gesture. By mirroring it with one of romance’s most enduring tales, the director creates a visually memorable scene that unites the two lovers.

The ending of the movie proves that Rose also had feelings for Thibault. However, Thibault showed no interest in pursuing a romantic relationship with Rose and was too accommodating, resulting in no chemistry or sexual tension between the two. When Thibault re-enters Rose’s life and kisses her, she is unable to decide if Thibault is merely looking for a hookup or really loves her.

On the other hand, Thibault’s predicament is also complicated as, at first, he wants to give Rose time and space. However, Thibault takes far too long to make a move and ends up getting friend-zoned. When he makes a move again, the timing is awful as Rose has just broken up. Ultimately, both Thibault and Rose get caught up in the predefined complexities of dating and romance.

The ending underlines that a romantic relationship should be effortless. Ultimately, Thibault wins Rose through his sincerity, and that’s what he should have done right at the beginning. The movie leaves the audience with the message that you shouldn’t be afraid of rejection if you love someone. Expressing your love irrespective of the outcome will save you some complications in life! In the end, Thibault receives his happy ending, and that’s all that matters.

Read More: Is Netflix’s Friendzone Based on a True Story?