Netflix’s ‘Old People’ is a horror film written and directed by Andy Fetscher. The German-language film explores the concept of old age through the tropes of the horror genre. It follows Ella, a woman who travels to her remote hometown for her sister’s wedding. However, an unfortunate turn of events leads to the family becoming a target of the town’s old people. As the elders rampage through the town, killing everyone in their path, Ella must fight for her family’s survival. Naturally, viewers must be wondering if Ella and her family survive the film’s gory events. In that case, here is everything you need to know about the ending of ‘Old People.’ SPOILERS AHEAD!

‘Old People’ opens with a text about an avenging spirit that targets frail and old members of a clan and fills them with blinding rage. We then see a nurse arriving to check up on an old man living alone in an assisted living facility. However, the man brutally murders the nurse. Through a voiceover, Laura explains that society is in peril as the old people have staged an uprising. They are killing the young people, and it all starts during Laura’s trip to her mother, Ella’s hometown. 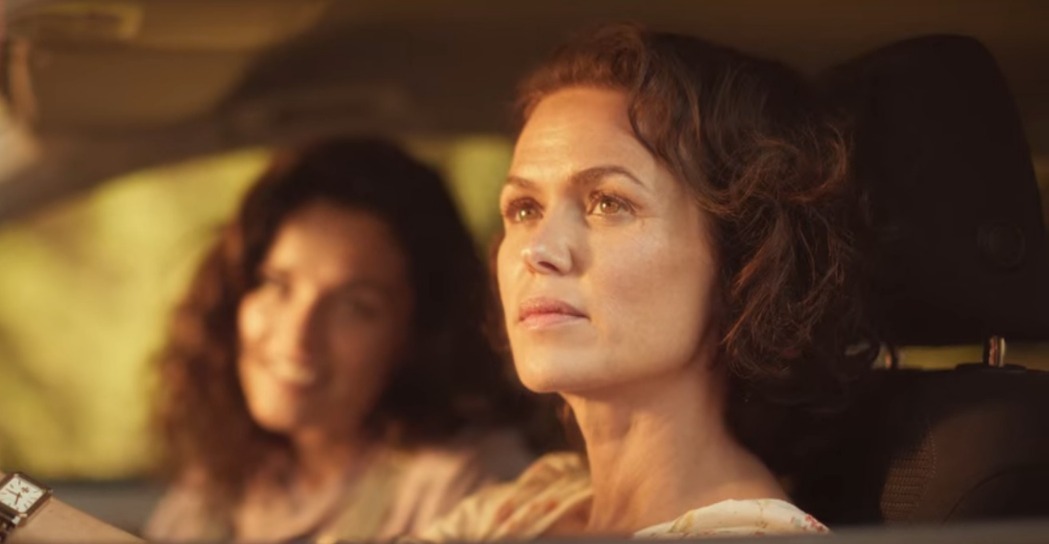 The story then moves back a few weeks as we see Laura, her brother, Noah, and Ella driving to Ella’s hometown for a wedding. Ella’s sister, Sanna, is getting married, and her ceremony is in the village church. After arriving at her childhood home, Ella reunites with Sanna and meets her fiancé, Malick. Ella learns that her father, Aike, is staying at an old-age retirement home in the town. Sanna explains that most of the town’s youth have moved to bigger cities leaving behind the understaffed nursing home to take care of the elderly. Nonetheless, Ella apologizes to Aike for leaving him alone and takes him home for the wedding.

Noah bonds with Aike at home while Ella and Sanna prepare for the wedding. The children also reunite with their father, Lukas, who is divorced from Ella. Lukas wanted to remain in the village, while Ella wished to move to the city, leading to their separation. Lukas is now in a relationship with Kim, who works at the retirement home. Meanwhile, Laura meets her boyfriend, Alex, and they take a walk into the woods. Alex shows Laura an idol of a deity who curses anyone who disrespects and leaves behind their elders.

The wedding ceremony goes smoothly, and the family returns home for the reception. The people in the retirement home listen to the music from the reception and miss their youth. As they are no longer invited to parties and find themselves restricted to the facility, a rage is boiling within the elderly. After an orderly behaves rudely with an old woman, she retaliates and brutally kills him. Soon, the old people transform under their rage into zombie-like creatures. They attack the reception and kill Sanna and Malick. The rest of the guests discover the deadly attack, and chaos ensues. As a result, Ella is forced to protect her children, and the family fights for survival against the zombified elderly.

Old People Ending: Is Ella Dead? Does Her Family Survive?

As the narrative progresses, Ella, Lukas, Kim, Laura, and Noah find themselves trapped in Ella’s house and surrounded by elderly zombies. After a battle with the Alpha Male, Lukas is severely injured, and Noah’s asthma worsens his condition. Ella realizes that they must find a way to escape the house. However, the elderly are about to break into their home, and Ella gets caught in the door. She is about to be slain by the zombies, but Kim decides to sacrifice herself to save Ella’s life. 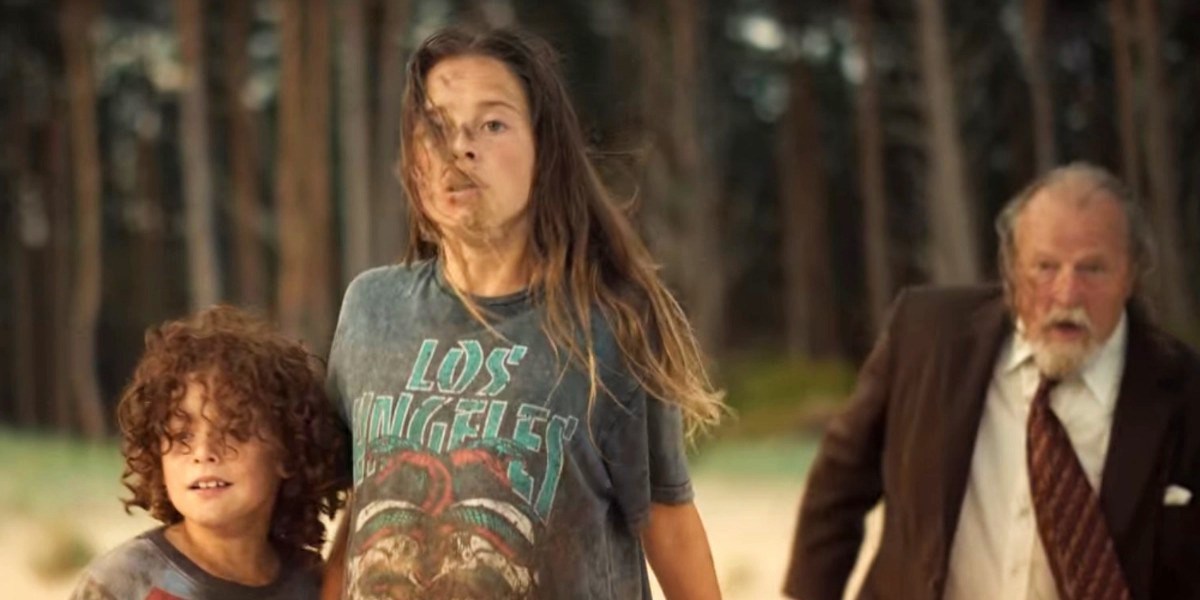 Initially, Kim dislikes Ella as Lukas diverts all his attention to his former wife and children. Ella and her children’s presence disrupt her seemingly perfect life with Lukas. Moreover, since Kim worked at the retirement home and cared for the old people, they did not harm her. However, Kim realizes her selfishness could cost Ella and her children their lives. Therefore, she jumps from the second floor and is killed by the zombies. Her death creates an opening for Ella to come inside the house.

However, Lukas’ injury gets worse, and he soon passes away. Laura suggests using the hidden passage that Noah learned about from Aike. The mother and children space through the secret path, but the elderly zombies soon catch up. Ella is caught by them and urges her children to continue with her. In the end, Ella also dies at the hands of the elderly. However, Laura and Noah make it to safety through the passage. Nonetheless, they are attacked by the Alpha Male. Aike intervenes and shoots the old man dead, saving his children. Ultimately, most of Ella’s family perishes in the zombie-like uprising of the old people. However, Laura, Noah, and Aike survive.

Is Alex Dead or Alive?

Alex is Laura’s boyfriend, who is introduced early in the movie. He and Laura are teenage sweethearts and look forward to spending their life together. However, after the older people stage their uprising, Alex goes unaccounted for. Laura fears for Alex’s safety and tries to contact him. However, she cannot reach him due to poor network coverage in Ella’s house. After surviving the horrific attack of the zombies, Laura gets to a safe spot and finally receives cellphone coverage. 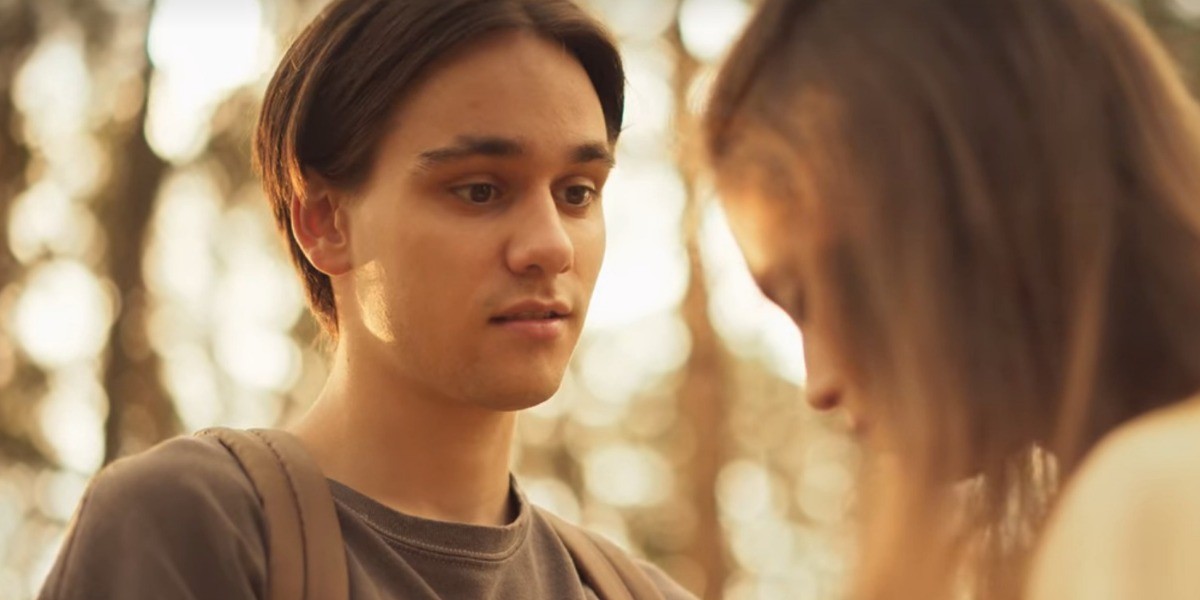 Laura checks her phone and sees a voice call from Alex. In the end, Alex somehow manages to survive the zombie attack and instructs Laura to reach the coast. Alex arrives in a speedboat to rescue Laura and her family. Just as the elderly reach the cost and try to attack the children, Alex saves them. He drives the boat to safety, and his presence proves crucial in getting Laura, Noah, and Aike away from the village where the elderly zombies are rampaging.

Why Did the Old People Attack the Young People?

The film opens with an old man attacking his caretaker. However, we learn the backstory of the attack through Laura’s narration. In the end, Laura and her family manage to survive, but society collapses. As the opening moments reveal, the elderly across the globe have staged a rebellion and are attacking the young people. They are angry at the younger generation for abandoning them. The old people feel a deep rage toward the younger generation, who have discarded them and restricted them to retirement homes where their emotional needs are unmet. During the film’s climax, Aike reveals that he hasn’t turned into a rage-filled zombie like most other people his age. His daughter and grandchildren love Aike. Therefore, he is not angry at them and resists the change. Ultimately, love is the only way to repair the damage caused by years of neglect toward the older generation. 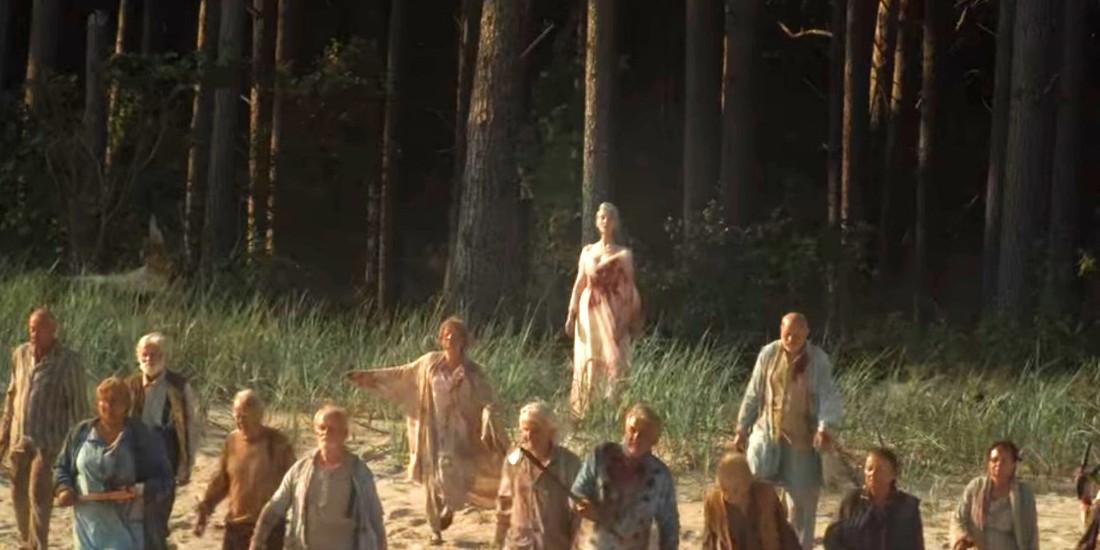 The film’s opening sequence hints that a supernatural force is at play that turns the older generation into zombie-like creatures. There is a vengeful spirit that targets the elders and fills them with blinding rage. While this explanation might also be true, it is merely a metaphor for the sorry state in which the younger generation often leaves their elders. Therefore, the film not only showcases the horrors of old age intriguingly but also underlines the need for love and care in the lives of the elderly. It emphasizes their importance in society through their brutal attacks on the younger generation. Overall, the film’s horror elements are representative of the direction society is heading toward due to its blatant disrespect and abandonment of elders.