Scream 5: Everything We Know 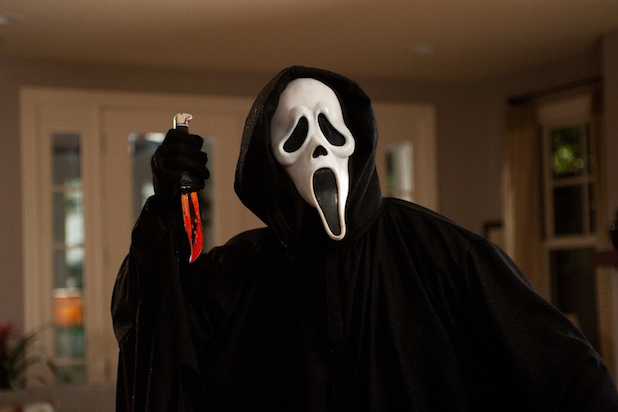 The ‘Scream’ franchise needs no introduction. It has already given us one of the most iconic killers in the movies, that has gone on to shape pop culture. Yes, we are talking about Ghostface. Each movie in the ‘Scream’ universe has been well crafted to maximize the element of horror while adding a twist at the end to leave viewers shocked. The slasher film series has been around the block since 1996, making over $604 million in the worldwide box-office. Notably, it is the second highest-grossing franchise in the USA after ‘Halloween’.

That being said, after the fourth ‘Scream’ movie, it got made into a series, and the hopes of fans for a fifth film were ultimately dashed. Once a property like ‘Scream’ heads to television, most people try to milk the situation and get the most out of numerous episodes. The death of the legendary Wes Craven, who directed the movies, was just another nail in the franchise’s coffin.

However, fans kept their hopes alive, reliving various moments from the movies. Now it seems as though ‘Scream’ is back in mainstream news because another movie is getting made. Once news of a new Scream movie broke, it sent the internet into a frenzy. The fans of the franchise shall not just be sharing posts about a fringe project anymore. Now, they have something to look forward to.

Therefore, without further ado, let us tell you everything we know about ‘Scream 5’.

Scream 5 Plot: What Can It Be About?

The plot of ‘Scream 5’ is being kept under wraps for now, since the project is in nascent stages. However, there have been suggestions that point at the fifth movie picking up from where the fourth film leaves off. Thus, we would see Sidney Prescott still alive. However, she might not live for too long.

Randy Meeks, the custodian of the horror movie rulebook from the older installments might be coming back, and he could turn out to be a villain, the true mastermind behind the killings. Notably, Randy had a crush on Sidney and hung out with her, but was killed in the second wave of murders. He anticipated this and released a tape which turned up in ‘Scream 3’. There was also a suggestion in the original run that Randy was alive and his parents had hidden him. However, this was deemed too ridiculous and not shown in the movies. However, there is nothing to suggest that this could not become the entry point for the character into the universe once again.

If Randy is the villain, it would be exciting to see him remove Sidney from the board right at the start of the movie. The ‘Scream’ movies usually start with a violent killing and Sidney’s death could be it for ‘Scream 5’. It would definitely be impactful to see a character central to the franchise die, and would set up Randy’s persona as the villain rather well. That being said, there is no assurance about the direction the new movie could take. However, we would love to see Ghostface killing out of necessity than just motives driven by revenge or jealousy. In the age where villains are being put under the microscope, a study of the killer’s psyche would make for a very fascinating entry into the franchise.

It could be a prologue, meaning we could see Casey Becker return, and get more of her story. It could just pick up after ‘Scream 4’ as most fans want, or it could be a complete reboot. Notably, there were earlier reports that Blumhouse was rebooting the franchise, which were ultimately debunked by Jason Blum himself. We could see the reboot happening all the same, just under someone else. It remains to be seen what direction ‘Scream 5’ actually takes.

The cast for ‘Scream 5’ has not officially been announced yet, but we expect Neve Campbell to be back as Sidney Prescott. Though Sidney has been a permanent fixture in the movies, there have been some suggestions that hint at the fact that she might die in the upcoming movie. We would love to see Courteney Cox back as Gale Weathers while depending on the direction ‘Scream 5’ takes, we could also have Drew Barrymore reprising her role as Casey Becker. We know we would love to find out more about her story.

As for the antagonist, or Ghostface, we could very well have Jamie Kennedy coming back as Randy Meeks. The actor has already expressed his enthusiasm about being a part of the fifth movie and seeing how his character is a walking encyclopedia of horror movie rules, Randy would really make for a very formidable villain. That being said, there is always a chance that fresh faces might be joining the cast, and we have to wait for official announcements confirming the same.

Scream 5 Crew: Who Can Be Behind It?

The director who will helm the project remains unknown for now, since the master of horror, Wes Craven himself cannot take the director’s chair, due to his death. Kevin Williamson, who wrote three movies in the franchise could be penning the fifth as well. According to reports, we already know that Spyglass has picked up the project after acquiring the Dimension library, following a team-up with Lantern Entertainment.

As the project develops, we will know more about the crew including who will be in charge of shooting the film.

Scream 5 Release Date: When Can It Premiere?

‘Scream 4’ was first announced in 2008 and came out in 2011. However, the project already had a director at the helm. ‘Scream 5’ will definitely take longer since a crew has to be put together, and the project itself is in extremely nascent stages. Therefore, we believe that the earliest we will see ‘Scream 5’ is in 2021. However, a more conservative estimate would indicate that the movie will come out in 2022 or 2023.

‘Scream 5’ does not have a trailer yet, but you can get in the mood for the upcoming movie by watching the trailer for ‘Scream 4’.