Now and Then Finale Recap and Ending, Explained: Who Are the Killers? 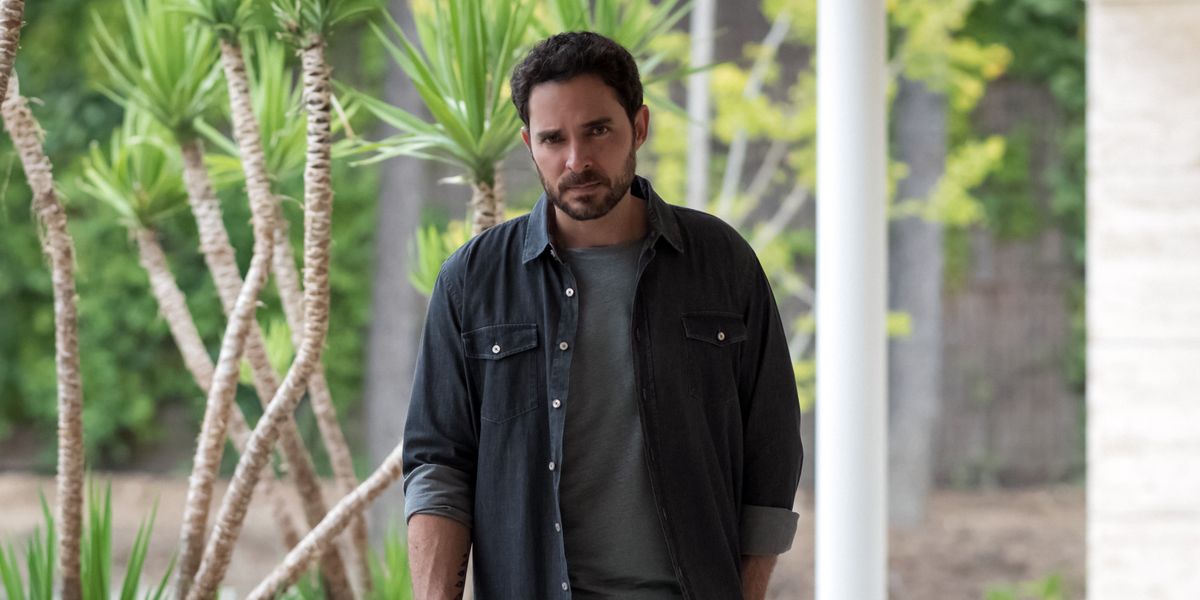 ‘Now & Then‘ wraps up the intermingled conflicts in Marcos, Ana, Pedro, Sofia, and Flora’s lives in an emotionally charged episode. The season finale, titled ‘Tape 35,’ sees the friends reliving the trauma from that 20-year-old fateful night while Flora battles against all odds to solve the murders of Alejandro, Jessica Thompson, and Dani.

In the end, the friends must find a way to move on with their lives, but the emergence of their past leaves everyone questioning their future. Naturally, viewers must be seeking some explanation about the characters’ fates and the shocking cliffhanger ending. In that case, here is everything you need to know about the ending of ‘Now & Then’ episode 8! SPOILERS AHEAD!

Now and Then Episode 8 Recap

The season 1 finale of ‘Now and Then,’ titled ‘Tape 35,’ opens with a flashback to 2000, which details the first meeting of Sofia and Marcos. A quick montage of the friends’ early days together follows before we return to the present. In the present, Ana cleans up Pedro’s campaign office after his loss to Brady. Francis sets up a surprise meeting between Ana and Brady. Brady offers Ana a job at his office as he sets his sights on the governor’s seat. Ana returns home and considers the job offer. 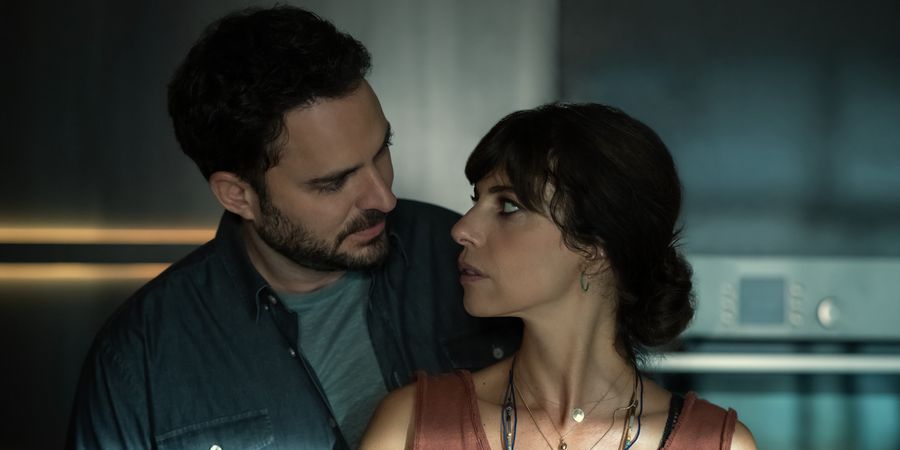 Flora recovers after her surgery at the hospital and listens to Belinda’s voicemails. After failing to reach Belinda, she learns from Belinda’s girlfriend that her partner has been missing for over twenty-four hours. Fearing for Belinda’s safety, Flora leaves the hospital to find her. Meanwhile, Sofia reveals that Marcos’ father, Arturo, hid the missing tape from Dani’s collection. The tape contains footage from the night Alejandro died. Pedro, Ana, Marcos, and Sofia gather and watch the tape. After learning the entire truth from the night and confronting their fractured relationships, the friends decide to destroy the tape.

Flora goes to the police station and gathers the case’s evidence to track down Belinda. However, she is denied access to the station’s security camera. With help from an officer, Flora accesses the security footage and learns the shocking truth about Dani’s murder and Belinda’s disappearance. Elsewhere, Marcos confronts his father and decides to cut off ties with Arturo. Marcos prepares to leave for Colombia with Sofia. Ana and Pedro argue, and their relationship begins to fall apart. In the end, Flora confronts Dani’s killer in a bid to solve the case once and for all.

Now and Then Finale Ending: Who Is Responsible For the Murders?

In the episode’s final act, Flora connects the clues about Dani’s murder, the missing evidence, and Belinda’s disappearance and arrives at Sullivan’s house. At the house, Flora presents her findings and accuses Sullivan of falsely closing the case of Alejandro and Jessica’s deaths and killing Dani. After Flora holds Sullivan at gunpoint, the former police detective reveals the truth about the interlinked murders. As previously hinted, Sullivan helped Arturo cover Marcos and his friends’ involvement in Alejandro and Jessica’s deaths. In exchange, Arturo paid for the treatment of Sullivan’s wife. 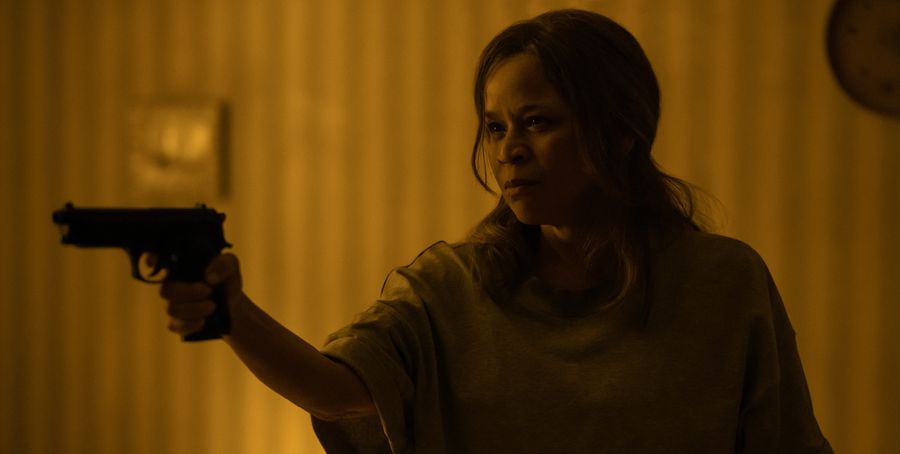 Later, Sullivan killed Dani, retrieved the tape, and handed it over to Arturo to keep his criminal activities a secret. He also reveals that Belinda is dead, and he was forced to kill her as the detective was getting close to the truth. Flora is disheartened to learn that her mentor had lied to her all along. However, after a brief scuffle with Flora, Sullivan escapes into the night. Later, Flora recovers Belinda’s body from the lake and apprehends Arturo for his involvement in the crimes committed by his son and Sullivan. Ultimately, Sullivan is responsible for the murders of  Dani and Belinda. However, the deaths of Alejandro and Jessica were pure accidents and inadvertently caused by the group of friends. Nonetheless, the episode’s final moments free them from their past burdens as Marcos, Sofia, Ana, and Pedro try to move forward in life.

What Happens to Pedro, Ana, Marcos, and Sofia?

After their secret is safe once again, Pedro, Ana, Marcos, and Sofia decide to move on with their lives. However, surprising heartbreaks await the friends. In the episode’s final moments, Marcos and Sofia arrive at the airport to leave for Colombia just like they were supposed to 20 years ago. However, before boarding the plane, Sofia reveals that she and Dani blackmailed the others as they desperately needed money. Marcos is shaken by Sofia’s deception and refuses to travel to Colombia. In the end, Marcos and Sofia once again part ways at the airport, giving their separation a nostalgic tragedy vibe. 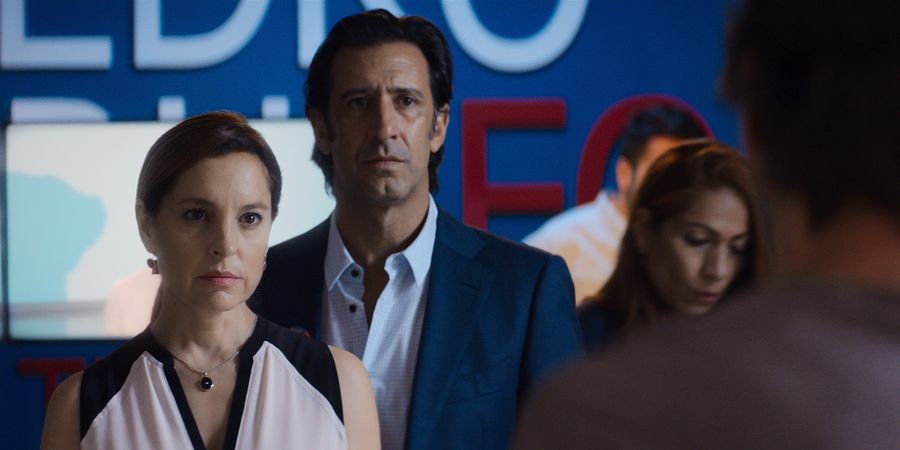 On the other hand, Pedro is disheartened to learn that Ana considered Brady’s job offer before he was removed as mayor due to corruption charges. Their conversation hints that the couple might part ways. Moreover, their marriage could end because of Ana’s unhappiness. In the final moments, Ana announces her candidacy for governor. Meanwhile, Pedro announces his candidacy for mayor. The scene is juxtaposed against a flashback of a young Ana and Pedro leaving home and venturing into adulthood. Thus, the couple’s decisions imply they might find a way to remain together.

The fallout from the emergence of the mistake that the friends were running from all their lives results in major ramifications on the lives of Pedro, Ana, Marcos, and Sofia. Nonetheless, the quartet and Flora, who was herself personally attached to the case, all find a way to move forward in life. However, the episode’s closing moments suggest that the group’s past might continue to haunt them.

In the final scene set 2 years later, Flora arrives at a morgue and is shown a dead body. However, viewers do not see the deceased person’s face ending the season on a cliffhanger. The dead body is likely Sullivan’s. His death could round off the show’s events and give the story a definitive ending. Sullivan’s death would ensure that the truth about Alejandro’s death never comes out. However, Flora is more perplexed than shocked after seeing the body. Thus, it is likely that the dead body is of someone closely tied to the original case from 20 years ago. Moreover, the deceased person could be one of the four surviving friends, leading to the start of another difficult period in the group’s lives.