Only Murders in the Building Season 2 Episode 8 Recap and Ending, Explained 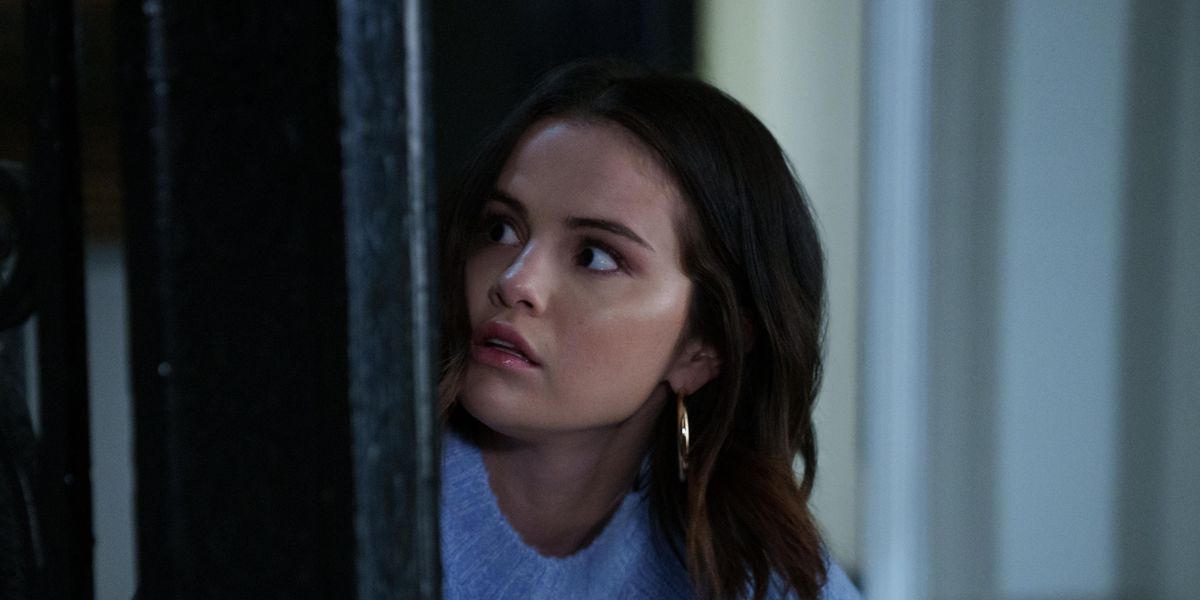 Hulu’s ‘Only Murders in the Building‘ is a comedy series that tackles an intriguing murder mystery each season. The second season revolves around the death of building board president Bunny Folger. In the eighth episode of season 2, titled ‘Hello, Darkness,’ Charles, Mabel, and Oliver deal with a blackout while Lucy’s life comes under threat.

In the end, the case of Bunny’s death takes a new turn, and we are sure viewers must be having a hard time wrapping their heads around the twist ending. In that case, allow us to share everything we know about the ending of ‘Only Murders in the Building’ season 2 episode 8! SPOILERS AHEAD!

Only Murders in the Building Season 2 Episode 8 Recap

The eighth episode, titled ‘Hello, Darkness,’ opens from the point of view of Marv. He is one of the OG fans of Charles, Mabel, and Oliver’s podcast. Marv theorizes that the serial killer known as the 6th Avenue slasher, who has a dubious modus operandi, might be behind Bunny’s murder. However, Marv is ridiculed by the others for this theory. Meanwhile, Charles, Mabel, and Oliver fear for the life of Lucy, who is alone in Charles’ apartment during the blackout.

Due to the blackout, the trio expects the Arconia to descend into chaos. Nina is restricted to her apartment as she must look after her newborn child. As a result, she is unable to handle the building residents and requires the gatekeeper Lester’s help to deliver some items for her baby. Nina contemplates removing Lester to cut down on the building expenses. However, his good-willed nature causes Nina to have a change of heart. Meanwhile, Howard spends time with one of the neighbors he has a crush on.

Elsewhere, Charles, Mabel, and Oliver rush to Charles’ apartment only to find Lucy missing. Lucy hides inside the secret passageway after an intruder breaks into Charles’ apartment. The intruder chases after Lucy while she tries to keep her presence hidden. The trio follows Lucy into the secret passageway and attempts to thwart the intruder’s aim to hurt the teenager. However, after failing to find Lucy, the trio becomes dejected and fears for her safety. Howard’s time with his neighbor ends abruptly after the latter reveals he is allergic to cats.

Only Murders in the Building Season 2 Episode 8 Ending: Is Detective Kreps the Glitter Guy?

In the episode’s final act, Lucy evades the intruder and makes her way to Charles, Mabel, and Oliver. The trio is reunited with Lucy and is relieved to find her safe. Lucy reveals that she was in the building on the night Bunny died. She explains that someone broke into Charles’ apartment that night and the same person was likely chasing after her in the passageway. Lucy and Charles decide that Lucy’s surprise visits must stop. However, their conversation is interrupted after the intruder catches up to the group.

Charles, Mabel, Oliver, and Lucy flee from the intruder and escape into the stairway. As they run for their lives, the power returns, and Mabel uses the opportunity to trap the intruder. She uses Oliver’s bag of dips to trip the masked intruder. After the intruder is flat on the ground, Mabel uses the opportunity to subdue them and unveils their identity. The group believes that the person under the mask is the notorious Glitter Guy, who has been causing them trouble.

However, much to everyone’s surprise, the person under the mask is revealed as Marv. The group is shocked to learn that Marv has been plotting against them. However, Marv quickly clears the misunderstanding. Marv explains that he has worked on the building’s maintenance and knows of its ins and outs. After he learns that Lucy’s life might be in danger during his conversation with the trio at the diner, Marv decides to save Lucy. Furthermore, Lucy vouches for Marv as his attire differs from the intruder who followed her into the passageway.

Ultimately, the group rules out Marv as a suspect. However, the identity of the Glitter Guy remains a mystery. In the episode’s final moments, Detective Kreps arrives in the Arconia to speak with the group. During the conversation, Mabel notices glitter particles behind Detective Kreps’s ear. As a result, she becomes convinced that Detective Kreps is the GLitter Guy. The shocking revelation would explain why the trio has failed to land any clues in the murder case. However, how Detective Kreps is connected to Bunny’s murder remains to be seen.

Read More: Only Murders in the Building Season 2 Episode 7 Recap and Ending, Explained