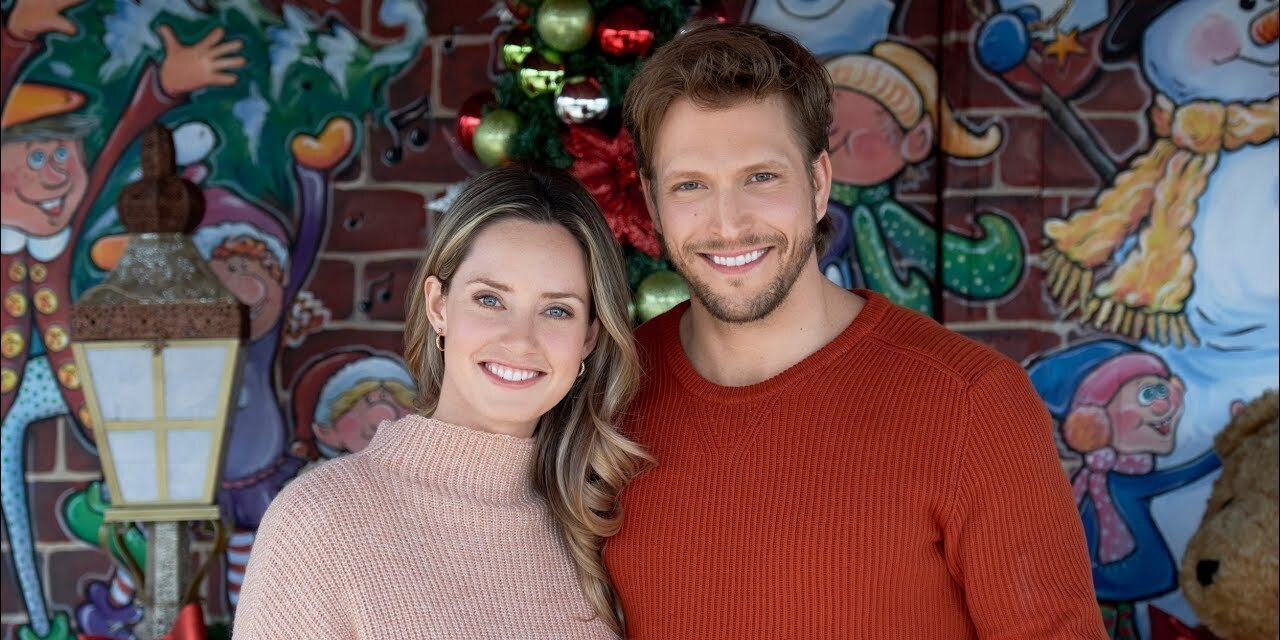 ‘Picture a Perfect Christmas’ is a romantic dramedy that follows Sophie, a travel photographer from California, who spends most of her time away from home, traveling and exploring exciting places around the globe. Sophie loves her work but feels a strong yearning for balance between her personal and professional life. And for the first time in a long time, Sophie is staying home for Christmas. But her boyfriend, Brent, who shares her profession, has to travel for work. Therefore, Sophie joins her Grandma Louise in Bainbridge Island, Washington, for Christmas.

Upon reaching, Sophie has an encounter with her Grandma’s neighbor David Murphy, a charming entrepreneur, who mistakes her for a nanny and tries to hire her for his nephew Troy. After it’s all cleared up, Sophie readily offers to look after Troy. She also starts spending some time with David, while helping them prepare for Christmas, and starts warming up to him despite knowing that she has to get back home soon after the holiday season gets over. Unfortunately, Sophie gets a call from work and is asked to return. Stuck between a rock and a hard place, will Sophie stay back at Bainbridge for her newfound love? Or head back home for work?

Based on the book ‘A Family Under the Christmas Tree,’ (initial title) by Terri Reed, the movie was lauded for its performances and picturesque setting. If you want to know where ‘Picture a Perfect Christmas’ was filmed, keep reading.

I am sure even your random guess would be correct. Canada has been a staple filming location for most of the Hallmark films for of a variety of reasons, including favorable climate, low-cost of production, and the presence of many film studios. And what better place to film in Canada, than the popular filming hotspot, British Columbia? Check out the specific filming sites!

Also known as the Hollywood North, Vancouver served as the filming location for ‘Picture a Perfect Christmas.’ The principal photography of the movie commenced on April 2, 2o19, and wrapped up on April 23, 2019. Below is a post by Terri Reed, confirming the same.

Here’s a selfie posted by the female lead, Merritt Patterson, in her trailer on the filming location.

Merritt also shared a picture of an eternal yellow-brown sunset from what appears to be her fictional apartment in the movie.

I bet you remember the Santa Claus scene from the movie. Well, here’s the man behind the costume, Richard Glen Lett, having some coffee on set.

Here’s Jon Cor, who plays David in the movie, annoying the crap out of Santa. I mean, look at his face. Santa clearly doesn’t seem amused. Also, check out the caption.

But Jon clearly knows how to pose. Check out the picture below.

A few scenes from the movie were filmed at Kaboodles Toy Store on Camble Street.

‘Picture a Perfect Christmas’ is headlined by Merritt Patterson, who stars as a professional photographer, Sophie. You may recognize Merritt from her roles in shows like ‘Supernatural,’ ‘Ravenswood,’ and ‘The Art of More.’ Jon Cor steps into the character of Sophie’s love interest, David, an entrepreneur. The multi-talented Jon is best known for his work in ‘Shadowhunters: The Mortal Instruments,’ and ‘Dark Matter.’ The real star of the movie is Gidget, a rescue pup, who plays the character of Riggs.

Luke Roessler stars as David’s nephew, Troy Murphy. He has a lot of works to his credit, including ‘It Chapter Two,’ ‘Bates Motel’ and ‘Deadpool 2.’ The supporting cast comprises Toby Levins as Sophie’s boyfriend Brent, Kwesi Ameyaw as Ross, Terence Kelly as Simon, Nicole Oliver as Marissa, Anita Brown as Jodi, Chelsea Gill as Prospective Nanny, Claude Knowlton as Client, Briana Skye as Chloe, Richard Glen Lett as Santa, and many others.