Who is Popcorn on The Masked Singer? 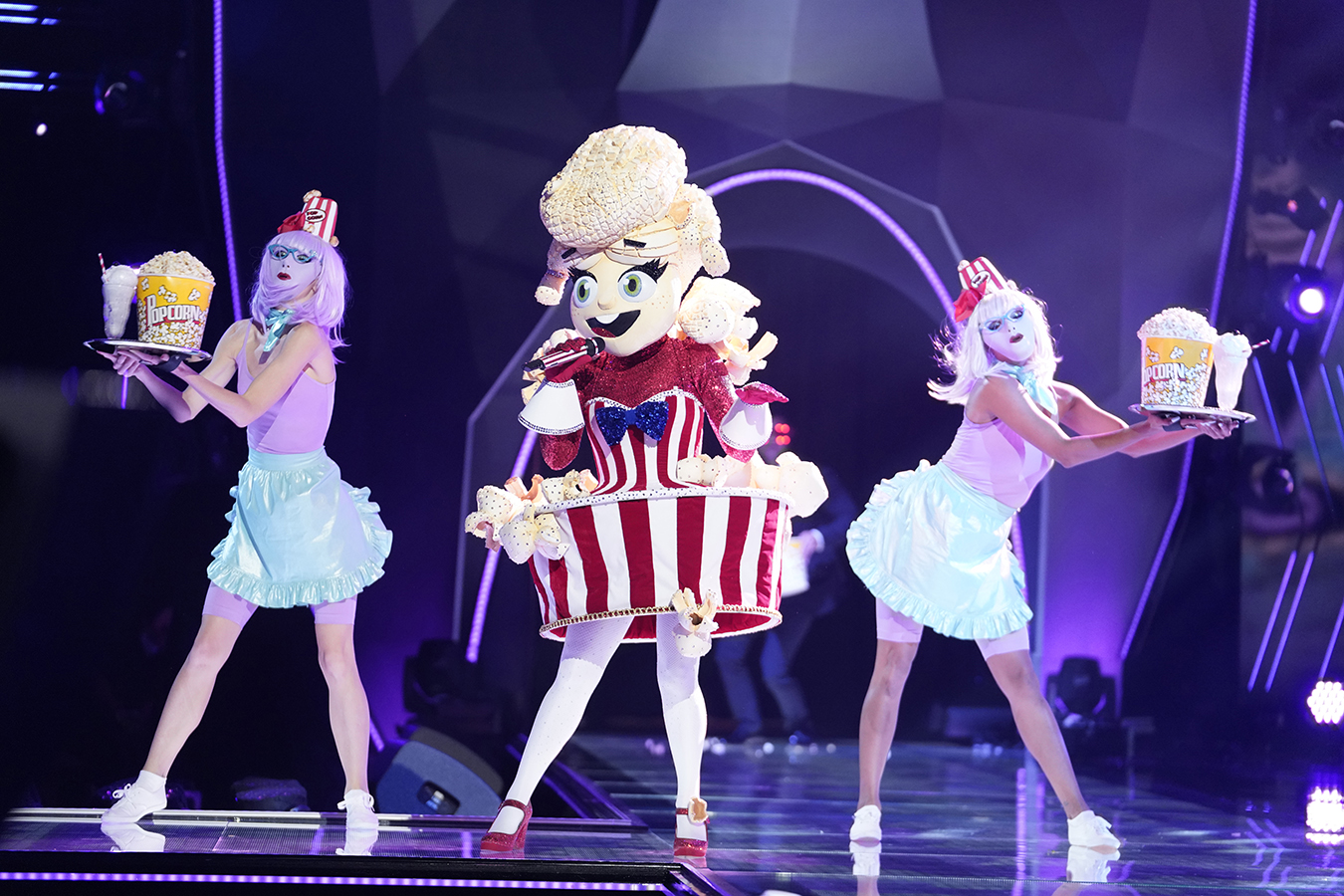 Popcorn is a new character that will be seen in season 4 of ‘The Masked Singer.’ Her outfit is a vessel of the American spirit, and it seems as though she will be a force to reckon with in the competition. However, the identities of all the celebrities that feature on the stage are kept under wraps until they are eliminated. This format has also emulated much curiosity in people, and in this article, we too, partake in the discussion.

Popcorn is described as the “freshest and hottest” competitor on the block. She wears a literal bucket dress and is covered in jewels from head to toe. The kernels on her outfit are handcrafted. She states that her performance will be dynamic, diva-licious, and delightful. The actual clue is “Mirror mirror on the wall, what makes me the biggest miracle of all?” Alongside this, an animated mirror with a picture of a green cow is shown, and film motifs such as a movie theatre are also visible.

The first and, perhaps, most obvious guess is that the clue refers to the Snow White fables. Productions like ‘Snow White and The Huntsman,’ ‘Mirror Mirror,’ and ‘Descendants’ are what come to mind. So, let us go through each possibility with a fine comb! In ‘Snow White and The Huntsman,’ the acclaimed actress Charlize Theron plays the Evil Queen, and initially, the possibility of her gracing the stage did excite us. However, despite her many talents, there is one thing that even she cannot do, and that is – Sing. In fact, Charlize even made fun of herself on the topic in an SNL skit. We love her self-acceptance and honesty, but it also means that the likelihood of her being Popcorn is slim.

The very lovely Julia Roberts plays Cinderella’s wicked stepmother in ‘Mirror Mirror,’ and it would be fantastic to see her debut on the show. But if you have watched ‘Pretty Woman,’ then you will be familiar with the scene in the bathroom where Julia’s character is singing without a worry, and Richard Gere bears witness to it. If that is a testament to the actress’ singing skills, it seems more than likely that she will be absent from the show. Crossing off the first two productions from the list, let us now take a look at ‘Descendants!’

The film is set in the Snow White universe as well, and the actress Kathy Najimy plays the role of the Evil Queen. She is also famous for her work in ‘Sister Act’ alongside actress Whoopi Goldberg. It is because of this movie that we know that Kathy has the voice of an angel. So she is definitely the top choice for us. The movie motifs could point to a long career in the performing arts as well. It must be noted that in the same movie, Sofia Carson plays Evie, who is the daughter of the Evil Queen. Many feel that she fits the bill, but in this case, we perceive Kathy Najimy as Popcorn.