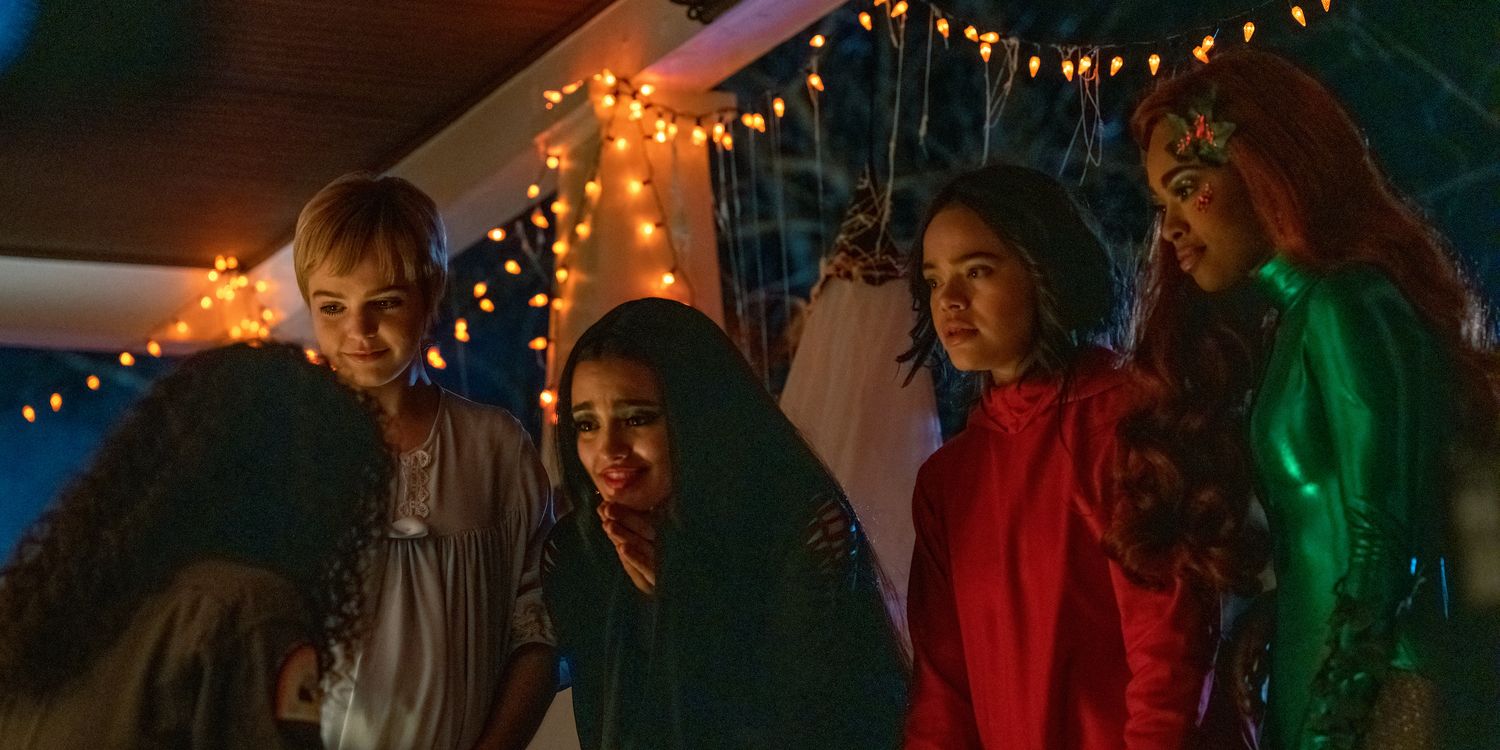 The fourth episode, titled ‘Chapter Four: The (Fe)male Gaze,’ opens with a flashback to 1999. Marjorie forces Angela to smoke with her but blames the latter when the duo is caught. However, to compensate for the incident, Marjorie gifts Angela a teddy bear. In the present, Marjorie receives a similar teddy bear that accuses her of being a drug addict. Meanwhile, Imogen tries to contact her mother’s former classmates believing there is a connection between Angela’s death and the Little Liars’ mothers.

Elsewhere, Faran becomes suspicious about Kelly and theorizes that Karen is alive and pretending to be Kelly. Imogen uses an Oujia board to contact her mother but to no avail. On the other hand, Tabby works with Chip, Greg, and Faran on a project for her class. The group shoots a gender-bent short film inspired by ‘Psycho.’ However, tensions rise after Greg insists on filming the scene nude. In the end, Noa is attacked by A at her apartment complex. Noa asks the killer about their motivation. A replies that they wish to punish the guilty. At school, Noa details her interaction with A to the Little Liars.

The fifth episode, titled ‘Chapter Five: The Night He Came Home,’ opens with another flashback to 1999. On Halloween, the Liars’ mothers make Angela throw dog poo onto someone’s door. However, they leave Angela behind to get caught. In the present, Faran uses Henry’s help to confirm that Kelly has an injury on her feet, thereby supporting her theory that Karen is still alive and pretending to be Kelly.

Mouse meets a mysterious man called “Steve,” whom she calls dad. Faran accuses Kelly of being Karen at the Halloween party. However, Faran also warns her about A. At the party, Chip makes up with Tabby and reveals that he asked for an extension that will allow Tabby to fulfill her vision for the short film. In the end, A strikes again, and Tabby and Imogen discuss incidents from the past summer.

Pretty Little Liars: Original Sin Episode 4 and 5 Ending: Is Tyler Dead? Why Did A Kill Tyler?

In the fifth episode’s climax, Tyler forces a drink on Mouse. However, Tabby reads the situation and stops Mouse from having the drink. The situation escalates and leads to a scene at the party. Tabby punches Tyler in the nose, and the Liars leave the party. Later, Tyler goes to the bathroom to tend to his bloody nose. However, A attacks Tyler and brutally murders him. A takes Tyler’s body and prepares to dispose of it.

Tyler is a surprising target for A, considering what we know about his modus operandi. A is seemingly only targeting those children whose parents are responsible for the deaths of  Angela Waters. Hence, it is likely that Tyler is one of the teens whose parents were involved in the mysterious death of Angela almost 22 years ago. However, how Tyler’s death fits into A’s larger plan remains to be seen.

The fourth episode sees Imogen snooping around, searching for clues about the connection between the Liars’ mothers and Angela’s death. While she calls a few of her mother’s former classmates, Imogen fails to learn anything important. Moreover, it is evident that most of the people Imogen calls are scared to speak about Angela’s death. Hence, the matter is very perplexing. However, in the fifth episode, Imogen sees a ray of hope after she receives a call from one of her mother’s former classmates.

The person reveals that they knew Angela and Imogen’s mother. Moreover, the person also claims to know Angela’s family. Hence, this mysterious caller will be a crucial connecting link between the Little Liars and Angela’s death. However, the person’s identity remains a closely guarded secret for now. Only time will tell whether this caller will be able to help Imogen and her friends. A could likely target the caller to stop the girls from getting to the truth. Hence, Imogen and her friends will have to be careful while interacting with the caller.