How Did Imogen Get Pregnant in Pretty Little Liars: Original Sin? Who Is the Father of Her Child? Theories 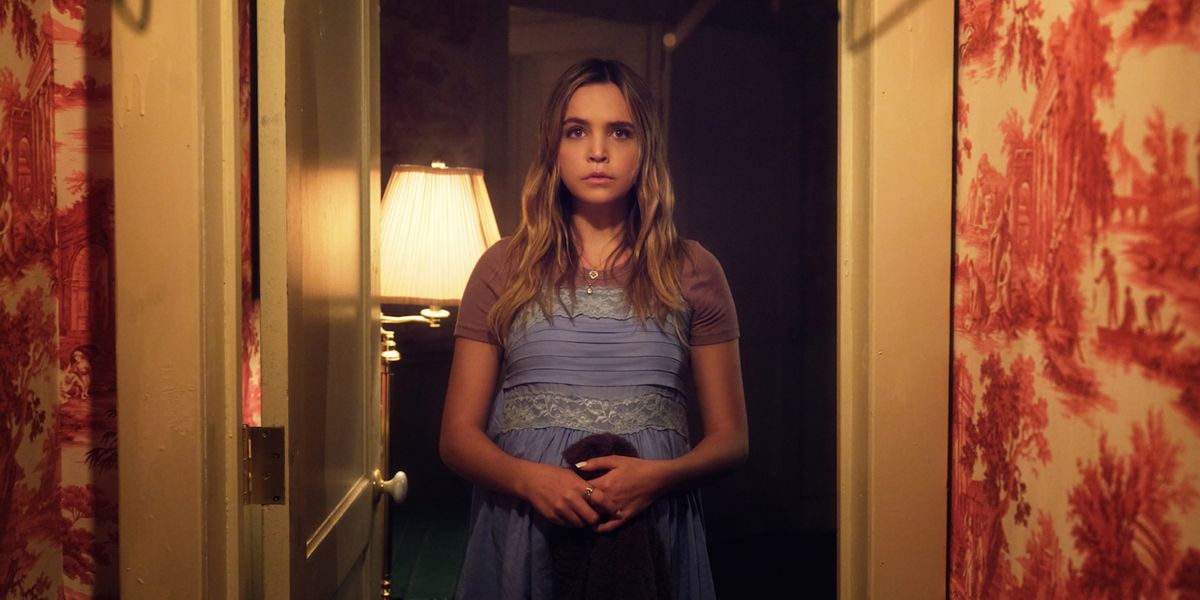 ‘Pretty Little Liars: Original Sin‘ follows Imogen Adams and her friends, who are the targets of the mysterious stalker known as “A.” The thriller series is a spin-off of the popular teen drama series ‘Pretty Little Liars‘ loosely based on Sara Shepard’s novel series of the same name. It is developed for television by Roberto Aguirre-Sacasa (‘Riverdale‘) and Lindsay Calhoon Bring.

One of the prevalent mysteries of the show’s first three episodes is Imogen’s pregnancy. The episodes offer little clues about the identity of the father of Imogen’s child. If you are looking for answers about Imogen’s pregnancy and the child’s father, here are our best theories on the matter! SPOILERS AHEAD!

How Did Imogen Get Pregnant?

In the series premiere episode, titled ‘Chapter One: Spirit Week,’ viewers first meet Imogen Adams, the daughter of Davie Adams. Actress Bailee Madison essays the role of Imogen in ‘Pretty Little Liars: Original Sin.’ Madison is arguably best-known for her performance as Sophia Quinn in ‘The Fosters.’ Her other credits include films such as ‘A Week Away‘ and ‘The Strangers: Prey at Night.’ In the series, Madison’s Imogen is pregnant from the time we meet her.

It is stated that Imogen is six months pregnant when she returns to school, a month after her mother’s death. In a flashback, viewers see Imogen at a party hosted by her then-best friend, Karen. At the party, Imogen is not pregnant. However, Karen’s boyfriend, Greg, kisses Imogen at the party. Imogen likely became pregnant sometime after the party. However, the exact circumstances of Imogen’s pregnancy remain a mystery for now. Hence, viewers will have to wait for more flashbacks to learn the truth about the matter.

Who Is the Father of Imogen’s Child?

The identity of the father of Imogen’s child remains a closely guarded secret in the first three episodes of ‘Pretty Little Liars: Original Sin.’ In the first episode, when Imogen returns to school, she expresses a desire to abort the child. During a conversation with the school nurse, Imogen states that the child’s father is unwilling to help raise the baby. Hence, it is evident that Imogen and the child’s father are not on good terms. Moreover, Imogen’s pregnancy is likely a result of a tragic incident.

Given Greg’s advances toward Imogen at Karen’s party, he could be the child’s father. However, if that had been the case, Karen would have mentioned the same during her argument with Imogen. Therefore, we can rule out Greg as a candidate. Imogen’s pregnancy may be a result of sexual assault. Tyler’s sexual advances toward a drunk Karen hint that he isn’t against taking advantage of girls under duress. Hence, Tyler might have raped Imogen, resulting in Imogen’s pregnancy.

Another theory about Imogen’s pregnancy and the identity of her child’s father is that Imogen had an inappropriate relationship with someone whose name she cannot take publically. Given that Imogen is a minor, revealing the name of the father would land the mysterious person into legal trouble. Hence, it is possible that Imogen might have had a relationship with one of her teachers. The twist would mirror Aria’s relationship with Ezra in the original ‘Pretty Little Liars’ series. Therefore, the theory holds some water. Ultimately, only time will tell who is the father of Imogen’s child.

Read More: Who Is A in Pretty Little Liars: Original Sin? Theories