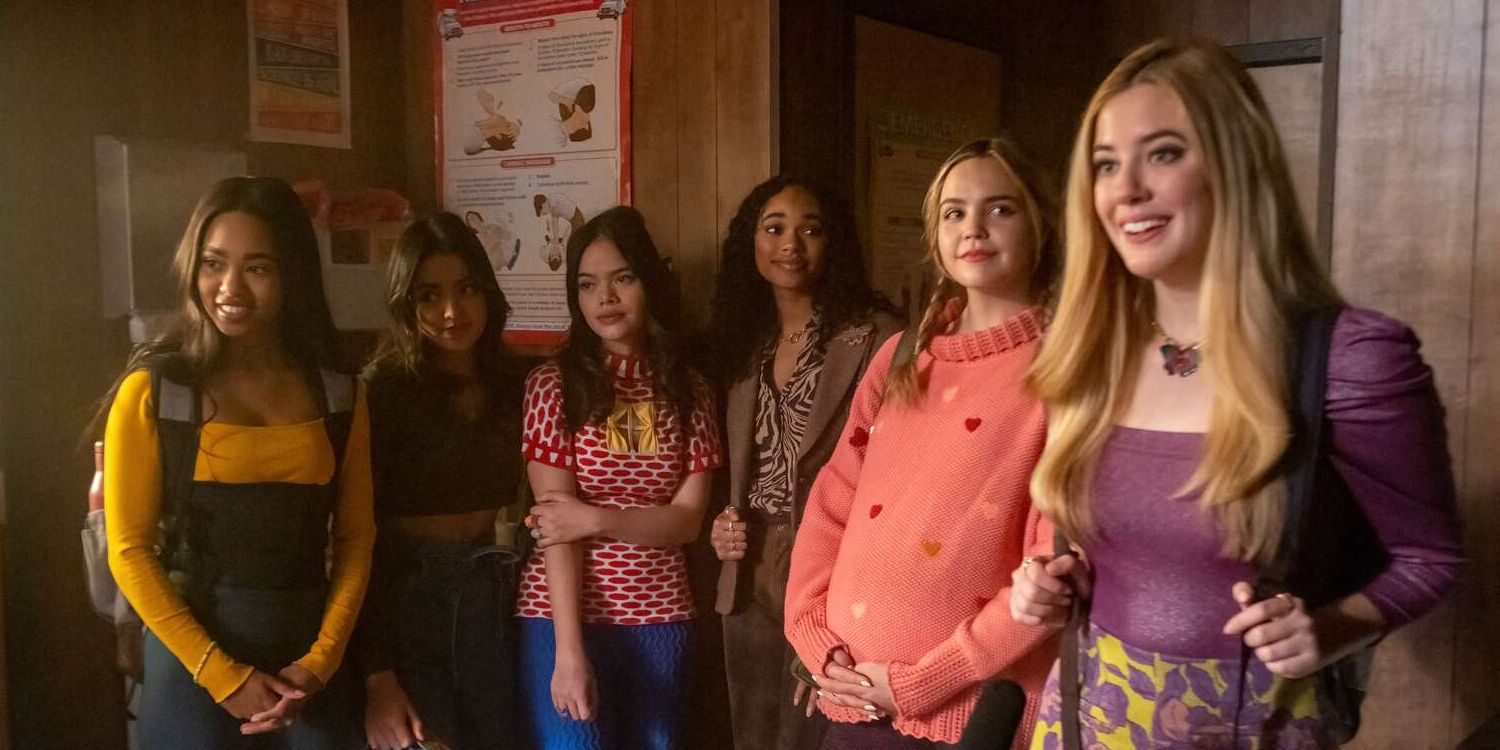 HBO Max’s ‘Pretty Little Liars: Original Sin‘ continues to showcase the mysterious charade of the serial killer known as A. On the other hand, the Little Liars (Imogen, Tabby, Noa, Faran, and Mouse) continue searching for clues about A’s identity and his connection to Angela Waters in the sixth and seventh episodes.

Meanwhile, the group faces their own tribulations as they find themselves sinking deeper into the stalker’s plot. If you are looking to catch up on the episodes and seek an explanation about the ending of ‘Pretty Little Liars: Original Sin’ episodes 6 and 7, here is everything you need to know! SPOILERS AHEAD!

The sixth episode, titled ‘Chapter Six: Scars,’ opens with Tabby and Imogen discussing their experiences from the previous summer. Tabby reveals that she was invited to a party by Greg. However, after the party, Tabby was assaulted in the woods. She has no recollection of the incident or the person who assaulted her. Imogen reveals that she had a similar experience but refrains from sharing any details. Nonetheless, she encourages Tabby to report the incident.

Imogen and Tabby meet the mysterious caller, who reveals himself as Joseph England, a classmate of Angela Waters. England reveals that Angela was raped before she committed suicide. After Angela’s death, her mother had a psychotic breakdown and attacked children at the school. He reveals that after the incident, she was admitted to the Radley Sanitarium in Rosewood.

Faran confronts her mother about an unnecessary operation performed on her as a child. On the other hand, Noa’s mother receives an earful from Shaun after Noa turns down a spot on the track team because of her mother. However, Noa’s mother gets a job at a pizza place, but her relationship with Noa is still rocky. Steve continues to stalk Mouse, and she struggles to deal with an incident from her past.

In Rosewood, Imogen and Tabby learn that Radley Sanitarium is now a hotel. However, one of the nurses from the mental hospital still works at the place. Later, the girls meet the employee, Eddie Lamb, and learn that six different girls visited Angela’s mother at the sanitarium. After the hospital was shut down, Angela’s mother was discharged.

The seventh episode, titled ‘Chapter Seven: Carnival of Souls,’ sees Sheriff Beasley investigating the disappearance of Tyler. Imogen and Chip grow closer while working together on a school project. Noa struggles to train with the track team and must rely on pills to help her inhalation.

Beasley questions Tabby about Tyler’s disappearance but learns nothing of consequence. Imogen and Chip go on their first date at a carnival while Tabby spends time with her mother. Noa stops a fight between the Millwood and Rosewood football teams. While Mouse attends the carnival with Ash, her mother receives a threatening text.

In the seventh episode, viewers learn that Minnie “Mouse” Honrada had a traumatic childhood experience. During the town carnival, when she was still a child, a man led Mouse away and tried to abduct her. However, her mothers found Mouse in time to avert a crisis. The incident leads to Mouse’s mother, Elodie, restricting her outdoor activities. As a result, Mouse helps a man named Steve by pretending to be his lost daughter, Rachel. However, Steve’s consistent approach creeps out Mouse and prompts her to question her mother about the incident from years ago.

When Elodie refuses to tell the truth, she and Mouse have a fight. At the carnival, Mouse and Ash enter the House of Mirrors. However, the two are chased down by a mysterious figure. Mouse recognizes the figure as A and flees the place with Ash. Nonetheless, A comes dangerously close to attacking Mouse. Meanwhile, Elodie receives a text asking her to meet up outside the House of Mirrors and reveal the truth about the incident to Mouse. If she fails to do as asked, Mouse’s life will be in danger.

Elodie arrives at the carnival just as Mouse and Ash escape from the House of Mirrors. Elodie decides to come clean to Mouse and reveals the truth. She explains that Mouse was born out of surrogacy. However, her mothers did not return Mouse to her actual parents. Therefore, it is likely that the man who tried to abduct Mouse was her biological father. He meant no harm to the young girl and only wished to spend time with his daughter.

Nonetheless, the incident and Elodie’s reaction scarred Mouse and made her fear the “boogeyman.” As a result, Mouse developed a fear of people resulting in her introverted personality. In the end, Mouse reveals that she sent the text to her mother to learn the truth about the incident. The chapter from Mouse’s past is closed. However, in the episode’s final moments, A sends the Little Liars a picture of Tyler’s dead body. Hence, the girls once again fall into a paranoid state.