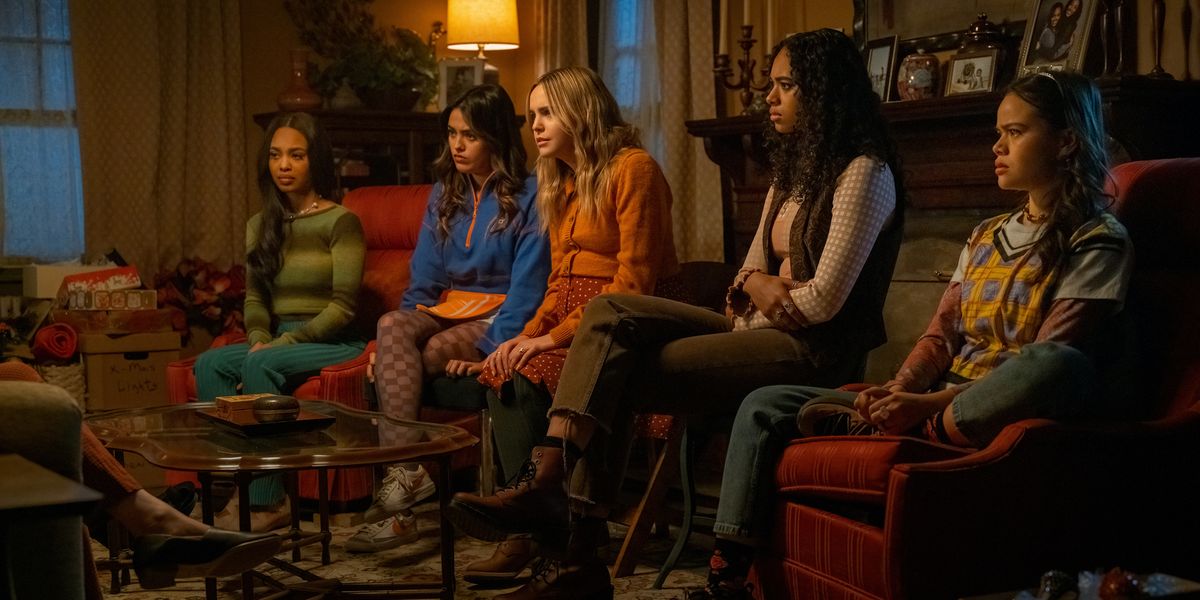 The eighth episode, titled ‘Chapter Eight: Bad Blood,’ opens with the Little Liars dealing with the emergence of A. The girls attempt to solve Angela Water’s suicide in hopes of learning A’s true identity. As a result, Tabby and Imogen speak with Joseph England, but his actions make them suspicious about his true motivations. Tabby and Imogen reveal the truth about their assault to the rest of the group.

The girls believe that the same person might have assaulted Tabby and Imogen. Hence, with Kelly’s help, the girls collect samples of all the boys at school and perform a DNA test. Imogen visits Angela’s home to find more clues and runs into Joseph England at the abandoned houses. Joseph chases Imogen with a knife, leading the Little Liars to believe he is A. However, in the end, Joseph is hanged to death in Angela’s house as A continues to torment the girls.

In the ninth episode, titled ‘Chapter Nine: Dead and Buried,’ the mothers have an open conversation with the Little Liars and explain their cruel behavior toward Angela Waters. However, it is evident that the mothers are hiding something. On the other hand, the DNA test results push Tabby into believing that she and Imogen were sexually assaulted by her best friend, Chip. In the end, Imogen learns that Sheriff Beasley dated her mom in high school, while Mrs. Beasley tells Faran that Sheriff Beasley had raped Angela Waters.

The tenth and final episode, titled ‘Chapter Ten: Final Girls,’ sees Imogen and Tabby confronting Chip, who confesses to assaulting them. The Little Liars decide to revisit Angela’s home in hopes of finding more clues. Imogen discovers a picture of Angela and her sibling. Moreover, markings in the house reveal another person with the initial AW lived in the house. However, the girls’ search is cut short when A informs them that their mothers have been kidnapped. The girls race against time and must play along with A’s twisted psychological games to save their mothers.

Pretty Little Liars: Original Sin Finale Ending: Who Is the Killer? How Are They Related to Angela Waters?

A torments the Little Liars in the high school and forces them to commit brutal acts. However, after the girls resist taking revenge on their bullies, the killer decides that the girls are worth sparing. However, the mothers must face punishment for their crimes against Angela. In the final act, it is revealed that Principal Clanton is the mastermind behind the murders in Millwood. Clanton reveals that he is Angela Waters’ father. Clanton and Angela’s mother were high school sweethearts, but Clanton’s family refused to accept Rose Waters after her pregnancy. As a result, Rose and her twin children, Angela and Archie, lived without their father. 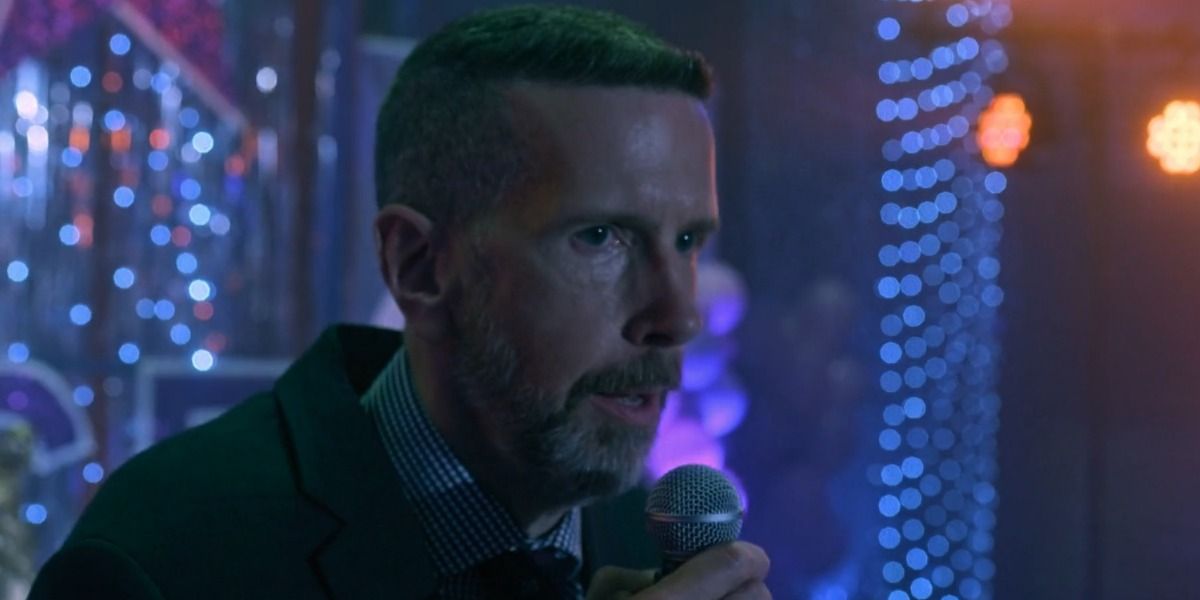 Angela attended Millwood High School while Clanton served as the Principal, but Rose kept Archie at home as his face was deformed. Hence, Archie’s existence remained a secret from the rest of the town. Angela was raped by Thomas Beasley, who was dating Imogen’s mother, Davie Adams, at the time. Davie and her friends refused to believe Angela’s claims against Beasley and ignored her existence. After a fight with her mother, Angela attended a rave to which Davie invited her under the guise of burying the hatchet between them. However, the girls further torment Angela at the rave leading to her suicide.

Ultimately, Principal Clanton formulated the plan to punish those guilty of his daughter’s death. In his quest, Clanton takes the help of his son, Archie, who commits the murders as “A,” while Clanton serves as the mastermind. Clanton’s plan involves killing the mothers and pinning the blame on Sheriff Beasley. Thus, Clanton would’ve punished everyone responsible for his daughter’s death. However, the Little Liars make a last stand to save their mothers and end Clanton and Archie’s charade.

Does Imogen Die? What Happens to Her Baby?

In the end, Clanton decides to spare the Little Liars but tells Archie to attack Imogen’s baby. With her friends’ help, Imogen manages to run away and returns to her childhood home. Imogen hides inside the house while having flashbacks of her time with her mother. The memories reveal how Davie was a good mother despite her dark past. As a result, Imogen finds the courage to fight for her own baby. As Archie tries to attack Imogen with a knife, she fights back, and a skirmish ensues.

In the end, Imogen stabs Archie and seemingly kills him. On the other hand, the Little Liars manage to subdue Principal Clanton and save their mothers. They arrive at the Adams house just as Imogen defeats Archie and puts an end to the bloody chain of murders started by the father and son. Imogen’s water breaks, and she soon gives birth to a daughter. The baby is healthy and well, but Imogen must still give it up for adoption.

In the final moments, Imogen reveals that her daughter will be adopted by the couple, Ari Montgomery and Ezra Fitz, who has promised to keep Imogen a part of the baby’s life. Meanwhile, Sheriff Beasley and Chip survive the killer’s torture. Sheriff Beasley is recovering from his injuries while Chip is out on bail. Imogen and Tabby prepare to close A’s chapter from their lives and prepare to move on. However, the closing moments depict the masked killer once again assuming the persona of A and killing Sheriff Beasley and Chip. Hence, the Little Liars are far from the same and will be roped back into the killer’s psychological games.