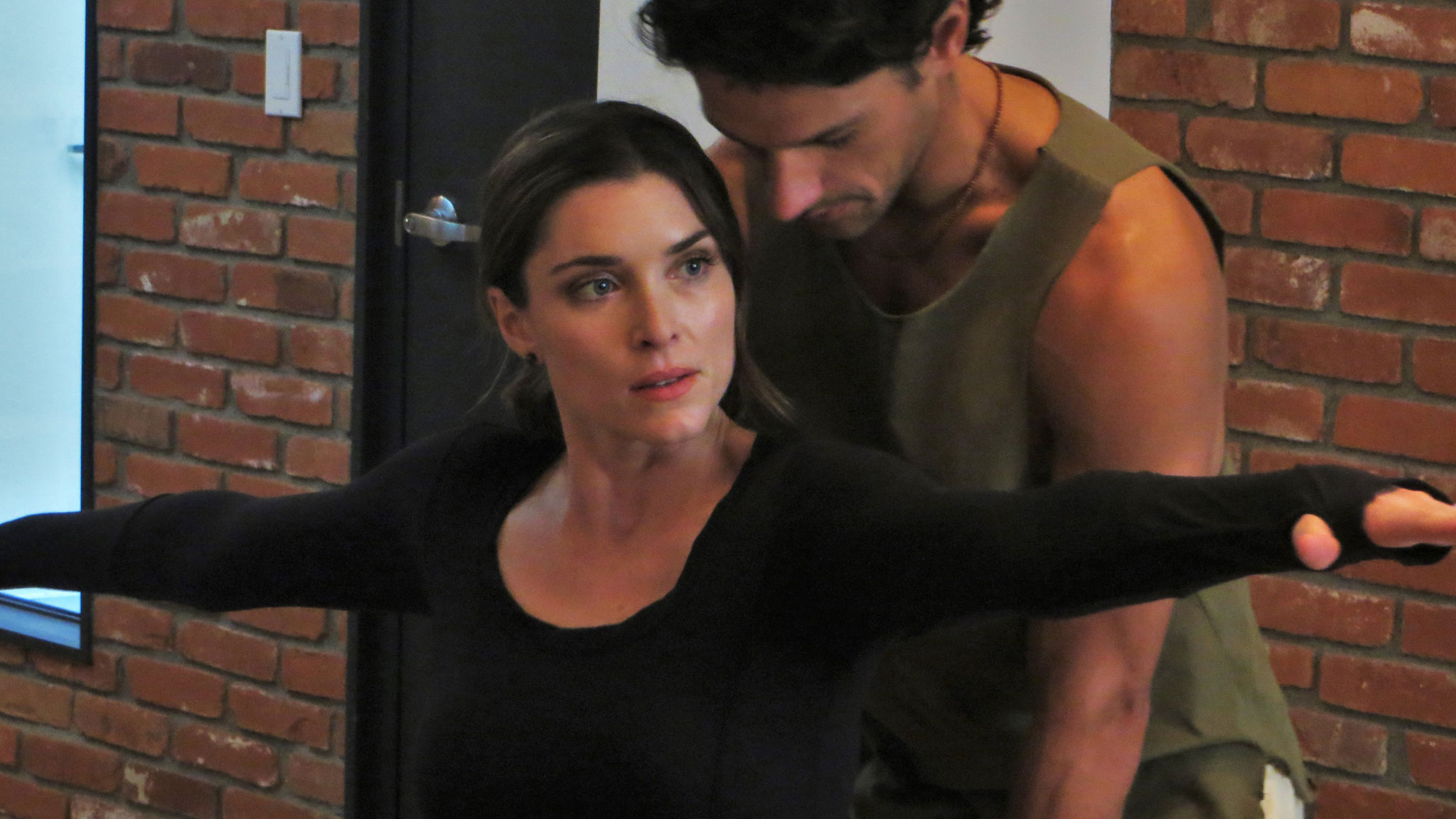 Lifetime has an exciting roster of thrillers that highlight the depravity of human nature. ‘Psycho Yoga Instructor,’ initially filmed under the title ‘The Perfect Pose,’ is a perfect addition to the list. The premise follows Justine Grace, a woman who’s at odds to sort out her life. She tries to fix her marriage with Tom, her husband. Their efforts to reconcile go for a toss when Domenic, a handsome yoga teacher, takes an interest in Justine.

However, just as things begin to look up for Justine, who believes that Domenic might be the one, matters take a darker turn. It appears that Domenic wants to go far beyond what Justine might have anticipated, and the woman has to rely on inner strength to save her life and marriage from the sociopath trying to seduce her into a perfect pose. Naturally, the setting accentuates the thrill of the tale, which might make you wonder where it has been shot. We have the details and will introduce you to the cast.

‘Psycho Yoga Instructor’ has been filmed mostly in and around the Los Angeles area. After all, the city of angels has a fantastic studio system that helps in the post-production process. Moreover, talented professional crews can aid during filming. The cherry on the top is the fact that filming in and around the city helps movies stay within budget.

When we come to specifics, scenes have been filmed in Encino, a neighborhood in the San Fernando Valley region, in Los Angeles. In fact, you can check out a cast member’s post about filming in Encino.

Since the movie is about a yoga teacher who crosses boundaries, a fair bit of filming takes place in a yoga studio. The cast and crew headed to the Forward Fold Yoga at 17071 Ventura Boulevard. Check out Ashley Platz’s post about being the yoga consultant in the movie.

Apparently, some scenes were also shot at the Ritz Carlton on 900 W Olympic Blvd, Los Angeles. Check out a cast member’s post on the 46th floor.

Ashley Wood appears in Justine’s role. As a central character, Justine’s got a lot of screen time, and Ashley ensures that the character’s range of emotions is captured well. Wood’s known for her role in movies like ‘Argo‘ and has appeared in ‘Shameless,’ the television show. Check out her pictures on set with the cast and crew.

Brady Smith is also part of the movie, and he has appeared in several television films and shows. Some of Smith’s notable appearances have been in ‘Charmed,’ ‘White Collar,’ and ‘Criminal Minds.’ Finally, we come to Panos Vlahos, who plays the role of the yoga instructor. The budding actor used to be a part of ‘Days of Our Lives,’ and has appeared in the romantic drama ‘Love in the End.’ Check out the actor’s post while ‘Psycho Yoga Instructor’ was being filmed.

Therefore, it is evident that the Lifetime movie has a talented and experienced cast on hand. Together, the cast delivers a memorable experience. On top of that, the smart location selection helps the movie stay within budget, and the setting only serves to heighten the underlying thrill of the plot.

Read More: Stalker in the Attic: Cast and Filming Locations