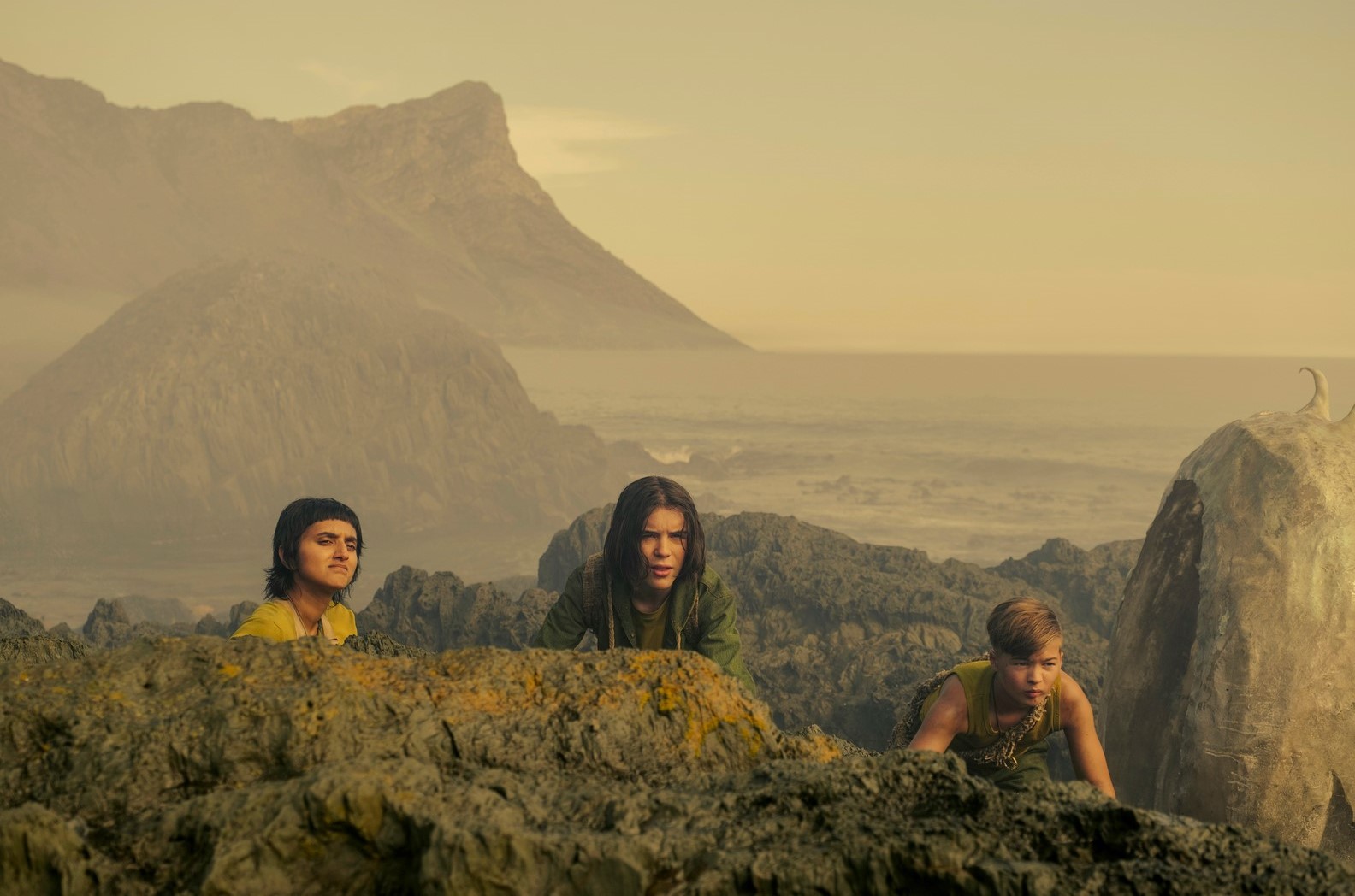 In season 2 episode 4 of ‘Raised by Wolves,’ titled ‘Control,’ The Trust’s attack against Marcus (Travis Fimmel) and his followers leaves collateral damage, which forces Mother to make a hard choice. Father awakens something ancient. Marcus loses his powers while the remnants of Decima’s (Kim Engelbrecht) past are wrenched away from her. Here is everything you need to know about the ending of ‘Raised by Wolves’ season 2 episode 4. SPOILERS AHEAD.

The episode begins as Marcus and Paul converse. Unlike with Susie, Paul has forgiven Marcus because he has become religious. Suddenly, specks of dust glow in the sunlight, and Paul, his mouse, and one of Marcus’ followers start to transform. A cocoon-esque layer forms around the boy. Marcus realizes that this is the Trust’s doing. It knew that Paul and Campion would return to warn Marcus if Paul was told about an impending attack and then tracked the two boys to the believer’s hiding spot.

Marcus holds Vrille responsible for this, because she is the one who led the boys to the church, and tells Decima to make it right. Partly driven by her ingrained fanaticism and partly by her strong emotions for Marcus, she does just that and plays a pivotal role in the apparent destruction of Vrille. Meanwhile, Campion runs back to the camp and informs Mother about what happened, and then another confrontation between her and Marcus takes place.

While Marcus initially gains the upper hand, Mother ultimately wins the fight and takes back the necromancer eyes, the source of Marcus’ powers. In the Settlement, Father pours the fuel-blood he won from his fight all over the ancient android, waking it up. It later saves Campion from Tamerlane. After learning the truth about what happened to one of her children and regaining her eyes, Mother once more transforms into a necromancer and comes for the Trust.

Raised By Wolves Season 2 Episode 4 Ending: Is the Trust Destroyed?

The Trust was created by Campion Sturges, who also turned Mother into a caregiving android. It was originally designed as a sentient quantum computer that would rule over humanity once the atheists won the religious war. However, they ultimately lost, and it was then put in charge of leading the atheists to Kepler-22b. For this purpose, the atheists hijacked the Mithraic ship Tarantula. The plan was that the Trust would serve as the colony’s leader until a human leader emerged. Made out of a substance called “quantum six,” it is supposed to be logical and impartial.

Because of these traits, it deduces that killing Marcus is the best course of action for the colony’s survival, even if it has to sacrifice Campion, Holly, and Paul for it. After regaining her eyes, Mother easily breaks through the defense barrier Cleaver and his soldiers put up, disintegrating a number of them. However, she is hesitant about destroying the Trust because they come from the same creator.

Despite facing the threat of imminent destruction, the Trust holds true to its core principles and declines Mother’s offers of compromise. It doesn’t have an antidote for Paul’s condition and cannot promise that he will never endanger Mother’s children again and help Mother find a cure for Paul because he is designed to be impartial. This prompts Mother to reluctantly destroy the core processors of the Trust. It may not have destroyed the Trust itself completely, but the former leader of the Collective has been rendered inoperative.

Earlier in the season, the crew of the Marine Research Station was killed after being pulled into the acid sea by a mysterious creature. It was initially believed the serpent was responsible. But then, Mother realized the acid sea has the same effect on the serpent as it does on humans. In episode 4, we finally learn what or who is responsible for what happened to those unfortunate people.

It appears to be a devolved human, like the ones the original settlers encountered on the other side of the planet in the first season. This one seems to have become impervious to the damage caused by the acid sea. When Vrille tries to capture Campion on Decima’s direct orders, the creature grabs her leg and tries to drag her to acid sea. Campion intervenes and kills the creature, saving her. He actively chooses to save a synthetic being by taking the life of an organic one.

Read More: Who Is Nerva in Raised by Wolves Season 2?