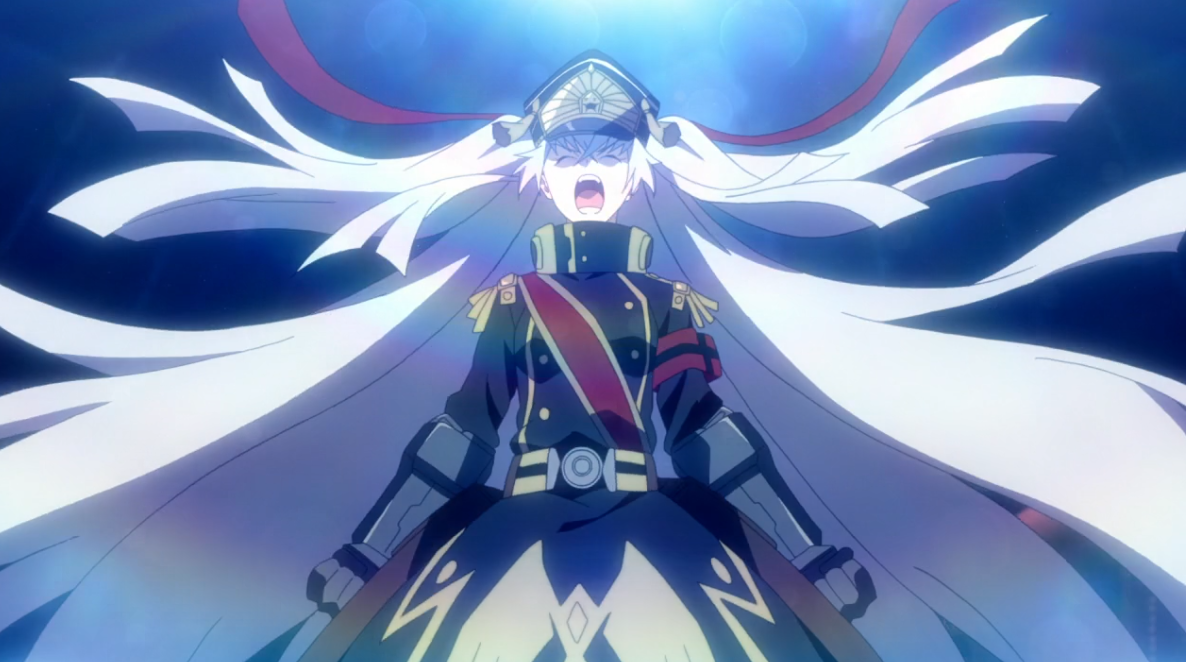 “Isekai” anime shows have been getting really popular these days and their idea of a character being transported to a fantasy world is becoming rather common. Meanwhile, ‘Re:Creators’ brings in a story that has a “reverse-Isekai” theme in which characters from a fantasy world are transported to the real one. While many viewers have been appreciating this anime for its uniqueness and diversity, there is also a huge chunk of anime viewers who hate it because it fails to stick to a definitive set of ideas. ‘Re:Creators’ actually does a great job with its characters and certain individual plot points. But it suffers overall as it jumps from one notion to another and fails to stick to one particular genre. This has been the problem with most original story anime shows that get ambitious and try to bring in way too much to the table.

‘Re:Creators’ can only be enjoyable if you don’t take it too seriously and stop expecting much from its story. The comedy may be a little dry at times but for the most part of it, it’s funny and makes you stick to the show all the way till the end. The animation by TROYCA Studio is actually one of its biggest strengths. Battles scenes have the perfect choreography and even the character designs have a lot of detailing to them. The only thing about this that seems a little off-place is its CGI but that is a problem that exists with almost every anime show out there. Overall, ‘Re:Creators’ is great for someone who is looking for an anime with a decent amount of action and a typical fictional story. In the end, it is more or less like a meme that may or may not suit your taste. So if you haven’t seen it, then give it a shot and you be the judge.

Re:Creators Season 2 Release Date: When will it premiere?

‘Re:Creators’ Season 1 premiered on April 8, 2017 and went on till September 16, 2017 and during this span, it released 22 episodes. So far, the story of the anime has been able to resonate with the viewers but is it good enough for a renewal? Is there any more source material left to be covered by the anime? Considering the latter, unlike most anime, ‘Re:Creators’ has an original story and does not really have any source material. This means that its story can definitely move forward if the creators want it to. Also, this makes it pretty obvious that the ending of the first season was not a mere advertisement for selling the manga and the creators already had its conclusion in mind.

Now since the manga is out of the picture, the release of a whole new season depends on the overall sales of the anime. The good news is that so far, the sales have actually been great and the numbers are surely in favor of the anime. Also, the first season has an open ending which can give rise to many new stories. Some fans have even started making their own versions of it. So according to the reasonable speculation that we have made, it seems like sooner or later the show will be renewed by the creators. Let’s just hope that the sales remain consistent and in the end, become a justifiable reason for the creators to give us another season. Any news regarding ‘Re:Creators’ Season 2 release date will be updated right here in this section, so make sure that you stay tuned.

As of now, ‘Re:Creators’ does not have a legit English Dub and you may find a few fan-made dubs here and there but these are usually not worth it. So anyone who wants to watch the anime now will have to manage with its Subbed version, which is available on Amazon Prime.

Over the years, humans have created many new worlds using small segments of their imagination. Souta Mizushino is an ordinary high school teen who wishes to do the same by making his own light novel illustrations. But every once in a while, he needs some motivation to continue this and that’s when he watches anime to get new ideas for his own work. This one time, while watching an anime, he magically gets transported into an intense fight scene. After a while, he does find his way back to the real world but something feels really different now. This is when he realizes that the anime’s heroine, Selesia Yupitilia, has somehow returned to the real world with him. But that’s not the end of it, as soon she is followed by other characters who also bring in the scars and sorrows of their life from the anime. A fierce fighter, a knight prince, a magical girl, and many others starting crowding on the streets of Japan.

But out of all of these characters, the most mysterious one is a woman in full military regalia who somehow knows a lot about Souta’s fictitious world. On the other hand, no one really knows who she is or which world she has come from. Souta and Selesia now work together along with a calm librarian NPC named Meteora Osterreich to uncover all the mysteries behind these unusual events. The worlds of reality and fantasy are now the same and as the creators encounter the characters they had once created, they must also find a way to bring an end to this chaos.

Meteors Osterreich is the female protagonist of the show who heads from an open world RPG AVALKEN of Reminisce. She is a very intellectual person who does not waste her time in talking. Even when she does talk, it is usually in a dry and bland tone. She often tries to make puns to make others laugh but these puns are usually quite bad. Her defense is more of strong suit for her during battles as she possesses the power of flight and can also procure some really strong shield. To make up for her lack of offensive abilities, she uses real-world artillery. She is also a glutton who loves hogging on real-world food.

Altair, who is also known as the Military Uniform Princess, is the primary antagonist of the series who can freely travel between different worlds. She claims that she only does this to overthrow the actual creators of those worlds in order to improve the overall conditions of those worlds and also of the characters who live in them. But her real intention is solely to destroy the real world. She has the ability to procure many different swords at once by using telekinesis and then use all of these for offense or defense.

Selesia is the main protagonist of an anime and light novel that goes by the name “Elemental Symphony of Vogelchevalier”. She is a member of the Knights of the Kingdom who are responsible to fight against the Avalon Brigade. She is one of the strongest women in the show and also has a funny side to her. She initially finds it really hard to believe that she is nothing but a fictional character who heads from the world of an anime, but later she somehow comes to terms with the idea. She is brave and has a set of moral codes that she always follows. In appearance, she’s tall, slender and appears to be quiet strong. She has long red hair and deep blue colored eyes.

Souta Muzishino is the male protagonist of the series who is a timid, good-natured guy. He loves creating new worlds using his manga illustrations and is also a huge anime fan. One day, he gets pulled into the world of Selesia’s anime and unintentionally brings her back with him to the real world. He eventually manages to find out the true identity of the Military Uniform Princess but for some reason, he chooses to keep it to himself.