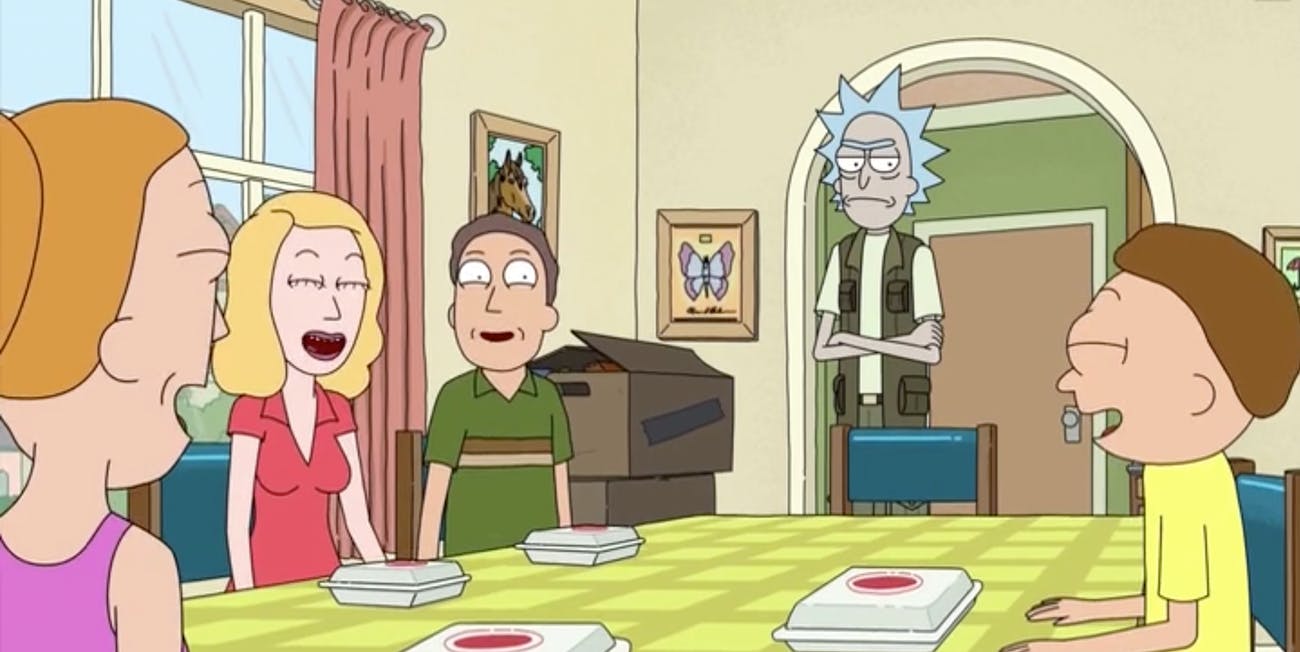 I have no qualms in admitting that ‘The Rickchurian Mortydate’ is the weakest of the three season finales, and it fell short on several counts. The primary reason for that, in my opinion, is the lack of a consequential and conclusive, not to forget mind blowing premise. Not that ‘Rick and Morty’ has in actuality adhered to any set template when it comes to finales or pre-finales, since its best episodes are this season’s third and seventh ones respectively, the previous two finales ‘The Wedding Squanchers’ and ‘Ricksy Business’ were pretty explosive entries, and compared to even them, leave alone the entirety of the series, this episode has something remarkably missing. 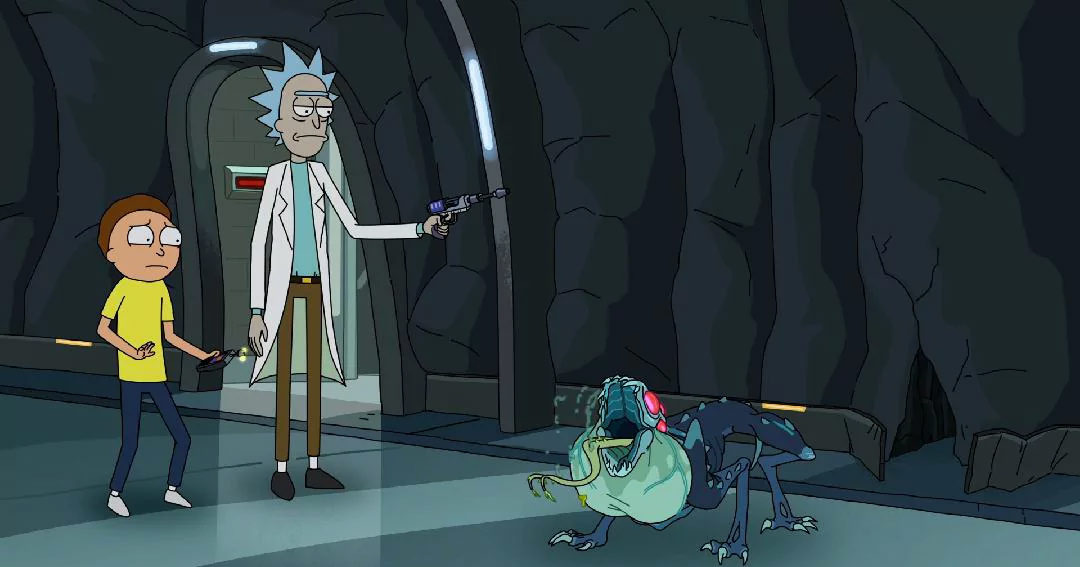 The episode begins with a janitor in the secret tunnels beneath the White House being attacked by an unseen alien monster, upon which the President summons Rick and Morty to help with the situation. The two arrive in the tunnels via a portal gun and quickly dispose of the monster, lamenting that they had to deal with trivial stuff after all that they had done. The two return home and play Minecraft, while the President and his Office spy on them using satellite and thermal imaging, revealing that they were lying. The President confronts them after calling their bluff, and the three get into an argument, especially Rick and the President, regarding each side claiming how each should be obliged to the other, with the President claiming that they had pardoned Rick and Morty breaking a dozen federal laws every day based on that understanding, with Rick refuting with his claims of saving the world and the current continuity time and again. The two break off in a spat, and the President is visibly heartbroken about that. 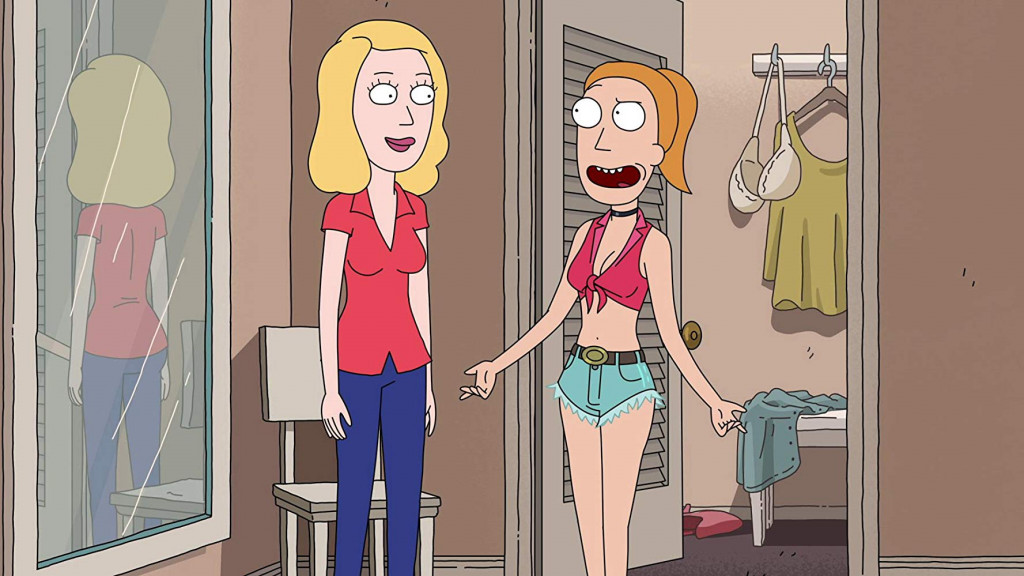 Meanwhile, Summer notices Beth to be unusually happy and supporting of her clothing choices when the two go out shopping and commends her moving away from her old toxic and negative self. While Summer is genuinely appreciative, Beth goes into a paranoia induced frenzy soon after thinking herself to be a clone as her father promised in ‘The ABCs of Beth’, and wonders if the actual Beth was out in the cosmos discovering life, while she was just being a good mother and sticking to the choices “Beth” made. She quickly spirals and the thought drives her mad.

To add to that, when a miniature civilization is discovered in the rainforests of Amazon, Rick and Morty travel there only to find the US Government and President already there claiming it to be under their jurisdiction. The two have a verbal spat, after which the President has the two of them arrested, himself shrinking down with a tablet and going inside the civilization for negotiating. Upon finally being there, the presidentress of the civilization reveals to have already agreed to a ceasefire owing to “ambassadors from Earth” Rick and Morty already having been there. Back in the rainforests, Rick and Morty easily escape confinement, and while the President grows back to normal, he grows even more upset learning that they had also negotiated a permanent ceasefire treaty between Israel and Palestine, while letting the President have all the credit. Enraged at all this, he declares war on Rick and Morty. 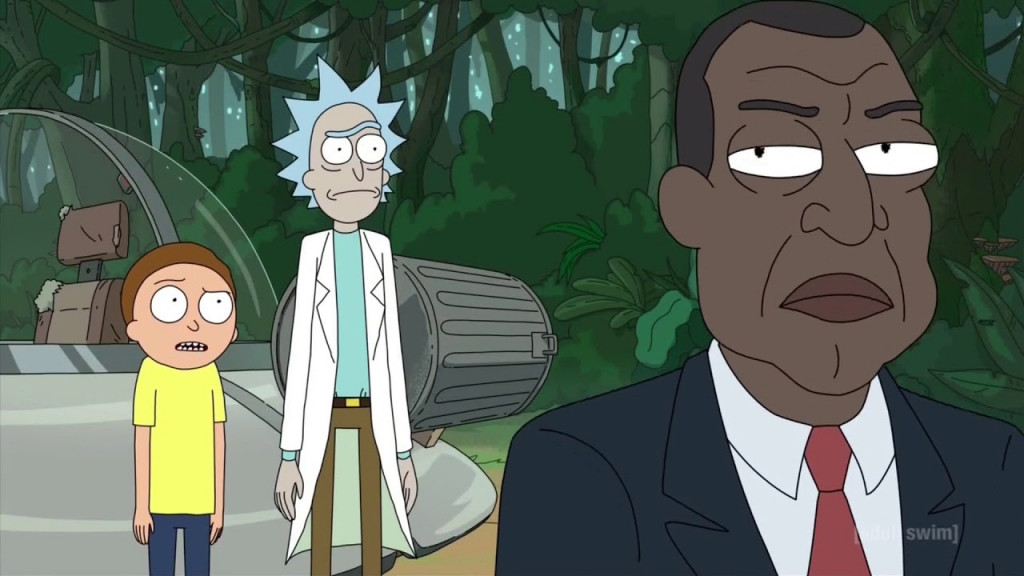 Back home, Beth becomes increasingly paranoid and calls up Rick to confirm whether she was a clone or not, while he is sitting smoking alien pheromones with foreign dignitaries through a Hookah and getting high. While Rick assures her in typical Rick fashion that she is not in fact a clone, and that he would have to shoot her down in case she became sentient of her awareness (which he hadn’t), this does nothing but further deepen Beth’s paranoia.

Desperate for help, Beth turns up at Jerry’s doorstep to ask for help regarding the situation, who then patiently explains to her why he thought she was real, recreating the scene where the two first kissed and the latter confessed his love for her. Listening to this, Beth gives in realizing Jerry’s love for her. Back at the oval office after a press conference, the President finds Rick and Morty waiting there patiently, where Rick promises to leave under the condition that the President have a selfie clicked with Morty, even though the latter resents seeing the gravity of the situation. Both the parties remain adamant, and a lengthy sci-fi enhanced battle ensues inside the White House, with Rick eventually overpowering the President, making him concede for a selfie, only to find Morty gone. 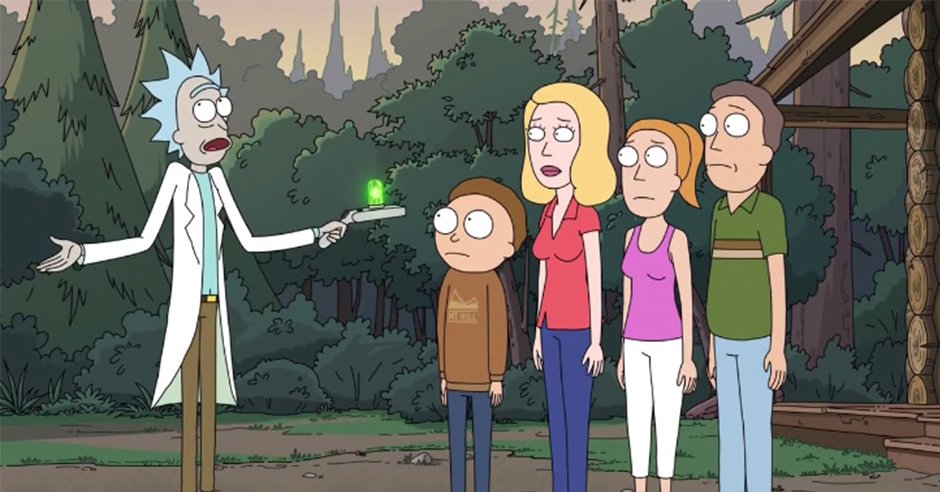 Over the phone, Morty explains that he had escaped with Rick’s portal gun and gone into hiding with his now reconciled family including Jerry at a place where he couldn’t find them. In a rare moment of dejection, Rick asks the President for a favour, promising to get off his back after that. With the help of the President’s surveillance and teleportation gadgets, he locates where the Smith family is hiding and confronts them with a gun which he reveals is to kill Jerry and not terminate Beth as they might have thought. He clarifies that she was still his daughter Beth, and begrudgingly accepts that he couldn’t hold his position as the family’s patriarch even with his genius matched against Jerry’s mediocrity, accepting a forlorn defeat.

Just as Rick asks for his portal gun back from Morty and asks him to accompany, Morty refuses and chooses to stay back. Now completely dejected, Rick disguises himself as “Fly Fishing Rick” from another dimension and makes up to the President, befriending him. Back home, he chooses to stay in the current dimension and with his family, despite having wrecked his relationship with the President and having become an enemy of the state, even though he did fix it for “Fly Fishing Rick”. He watches on disinterestedly as the Smith family makes merry and assembles for dinner, laughing off Beth’s “clone situation”. 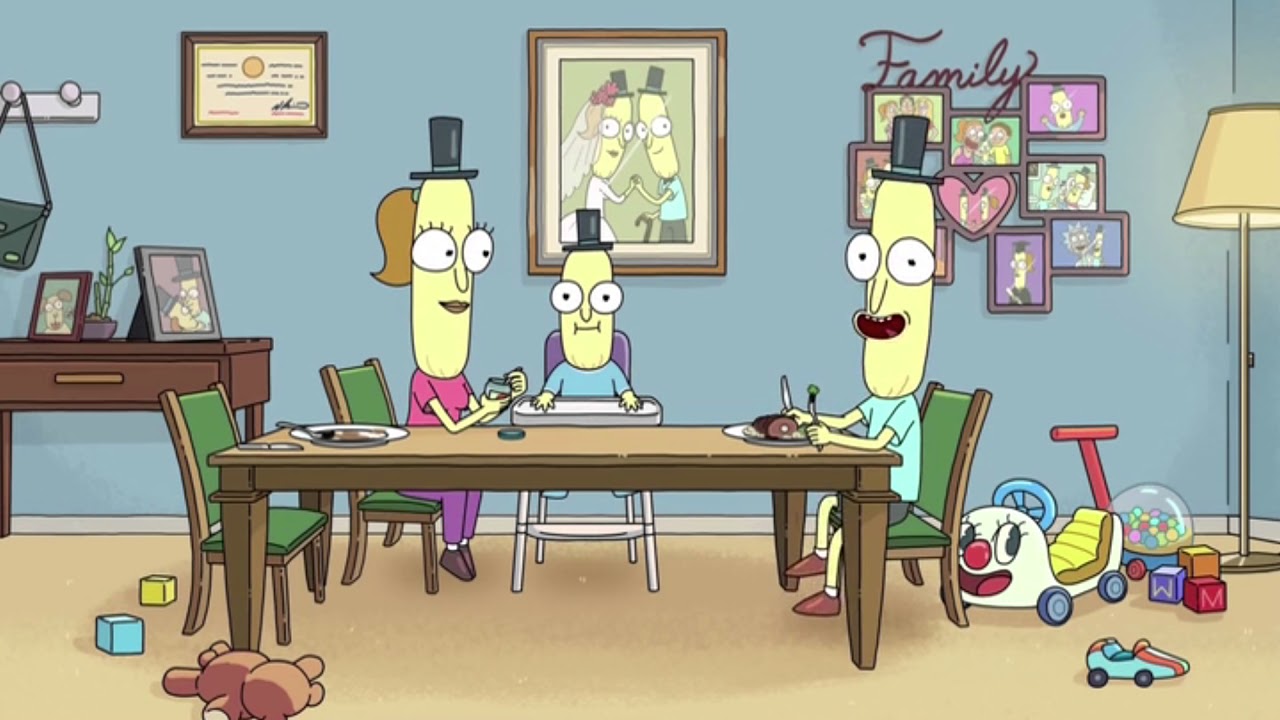 Mr. Poopy Butthole finally makes an appearance announcing that over the course of this season, wherein he didn’t make an appearance at all, he got married and started his own family, even getting his “GEEED”. He remarks that he’ll next see the audience in season 4, and also that it might be a really long time before that came out, indicating the same by saying that he might have a Santa Claus beard when we see him next, and grandchildren. 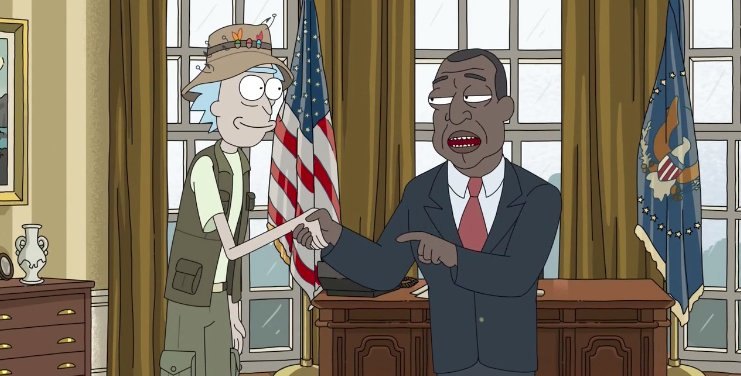 I daresay for fear of heresy among the fandom that this episode narrowly and dangerously ventured into the boring category on certain occasions, which is an absolute rarity for this series. While the premise is certainly zany enough to warrant being a ‘Rick and Morty’ episode, the proceedings simply aren’t, especially given that it’s a season finale. However, it is not as much a bad episode as it is underwhelming. The curious case of unmet expectations.