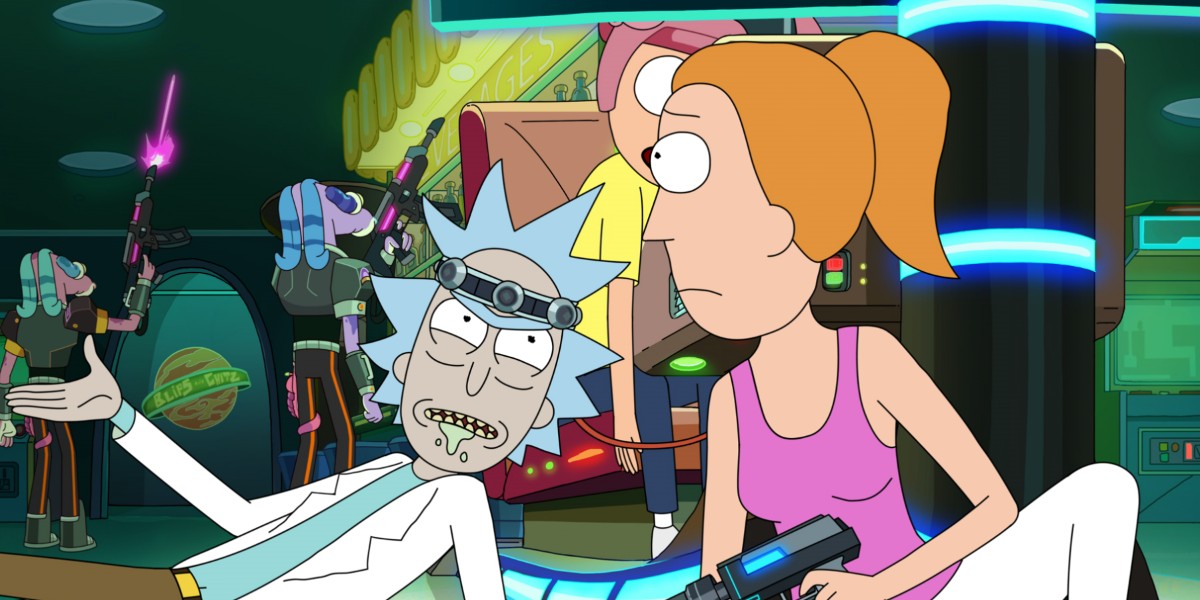 ‘Rick and Morty‘ season 6 continues with another action-packed episode after the season premiere brings Rick Prime, aka Killer Rick, into the greater picture. However, the second episode, titled ‘Rick: A Mort Well Lived,’ takes a different turn and focuses on a video game-themed adventure. The episode sees Morty being split into million parts and trapped inside a video game. Meanwhile, Summer tries to pull off a ‘Die Hard,’ buying Rick time to save Morry. Hence, viewers must be wondering whether Rick and Summer’s plan works and Morty is saved. In that case, here is everything you need to know about the ending of ‘Rick and Morty’ season 6 episode 2! SPOILERS AHEAD!

The second episode, titled ‘Rick: A Mort Well Lived,’ opens on the space arcade station known as Blips and Chitz. Morty is trapped inside the titular video game, and his consciousness has been split into millions of Non-playable characters (NPCs). Rick enters the game with Summer’s help and tries to convince the “Morty” population that they are trapped inside a game. While Rick tries to figure out a solution to Morty’s situation, a group of alien criminals attacks the arcade. Since Rick cannot leave without transferring all of Morty’s consciousness to the real world, he asks Summer to deal with the aliens by referring to ‘Die Hard.’ 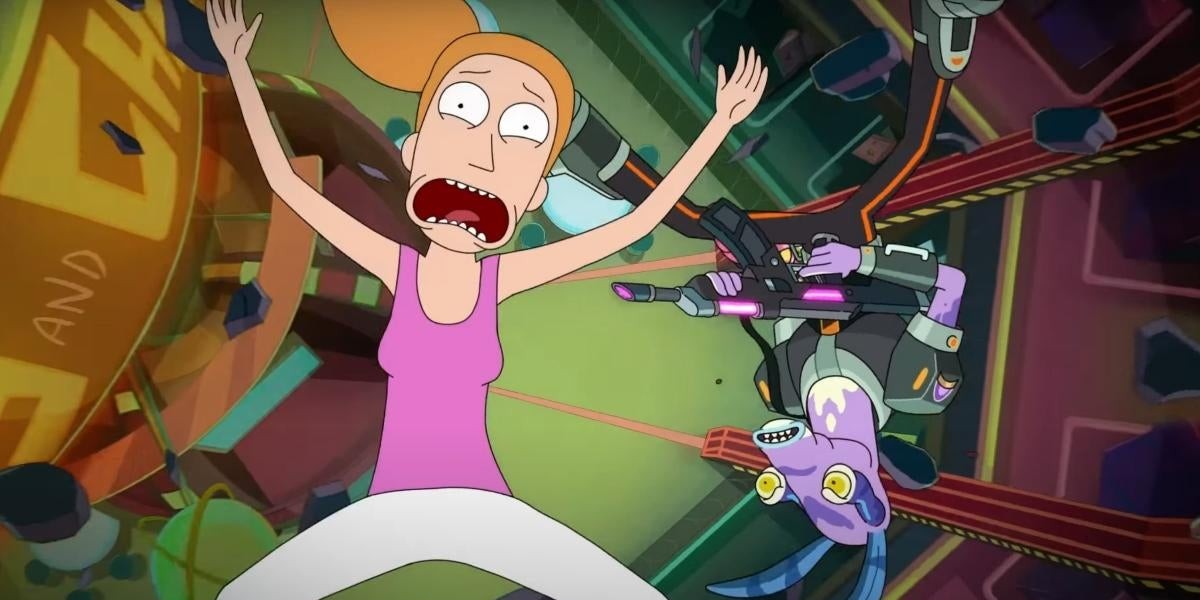 While Summer has never seen ‘Die Hard,’ the alien group’s leader is a fan of the movie and has modeled his entire criminal career after it. Thus, the Hans Gruber-like alien faces the John McLane-like Summer in an epic clash of wits and power. Rick’s attempts to convince the NPCs that they are versions of his grandson leads to the formation of a religious cult in the world. Eventually, Rick recruits a version of Morty known as Marta to his cause as she understands the situation.

After Rick convinces 92% of the world population that they are versions of Morty, he plans to transfer them to the real world. However, the remaining 8% remain unconvinced that Rick loves and respects Morty. Therefore, they decide to stay in the game world. Rick’s hesitance to express his affection for Morty proves the group’s point, and Marta refuses to let Rick leave without gathering the entirety of Morty’s consciousness. Meanwhile, Summer’s battle with the aliens comes to a head, and she finds herself cornered.

Towards the episode’s end, Marta joins the faction opposing Rick and refuses to allow him to leave with Morty’s full consciousness. Inside the game, decades pass, and Rick is stuck because of Marta. However, after her own children join Rick’s faction and several of her people age out, Marta decides to let Rick leave. As a result, Rick leaves with all the NPCs and takes them to outer space, thereby leading Morty to the real world. However, Marta decides to stay behind inside the game. 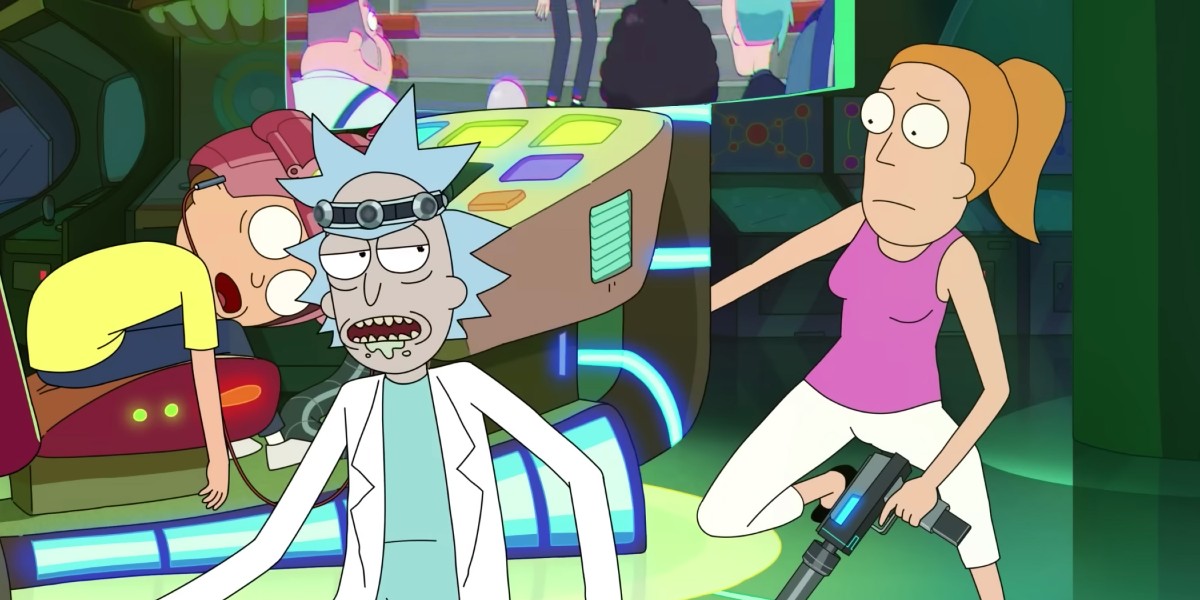 Rick and Morty arrive in the real world just in time to help Summer fight the aliens. Summer defeats the aliens by reading about ‘Die Hard.’ As a result, she succeeds in one-upping them, and the trio successfully kills the group. After securing Morty’s consciousness and ending the conflict with the aliens, Rick, Morty, and Summer decide to return home. However, Rick pays the arcade staff to keep the game running as Marta lives out her days inside. Rick opting to save Marta, who is just a fraction of Morty, implies that he truly cares about Morty. Thus, Rick proves Marta’s original belief wrong, and she finds comfort in the fact that she did the right thing by allowing everyone to leave the game.

Why Does Morty Trust Rick?

After returning to the real world, Morty exclaims that he completely trusts Rick. While Rick and Morty have a strong bond, Rick’s selfish actions often pose a problem for young Morty. Therefore, it is difficult for Morty to feel valued and trust Rick. After Morty is split into millions of NPCs, each of them receives certain traits and characteristics of Morty that make him individualistic. Marta is born from the part of Morty that does not trust Rick. In the episode’s final moments, Marta decides to remain inside the video game. As a result, the part of Morty that distrusts Rick is removed. Hence, Morty states that he trusts Rick completely, and the duo’s relationship evolves.