The third episode of ‘Rick and Morty‘ season 6 is a Thanksgiving special that sees the Sanchez/Smith family spending their time at home instead of having a space-faring adventure. In the episode titled ‘Bethic Twinstinct,’ Beth and Space Beth are drawn closer by their shared interests and fall in love. Their love affair draws in an interesting reaction from the family, especially Jerry. Therefore, viewers must wonder whether Beth and Space Beth’s affair culminates in a relationship or a disaster. In that case, here is everything you need to know about the ending of ‘Rick and Morty’ season 6 episode 3! SPOILERS AHEAD!

The third episode, titled ‘Bethic Twinstinct,’ opens with Rick transforming into a human after spending time as a Turkey. Morty is ecstatic to receive a new video game console that is supposed to be highly realistic. However, Rick is skeptical about the game. Space Beth has arrived to spend Thanksgiving with the family. The family gathers around the dining table as Jerry proposes a toast. During his speech, Jerry mentions that he would likely kill himself if Beth were to leave or cheat on him. 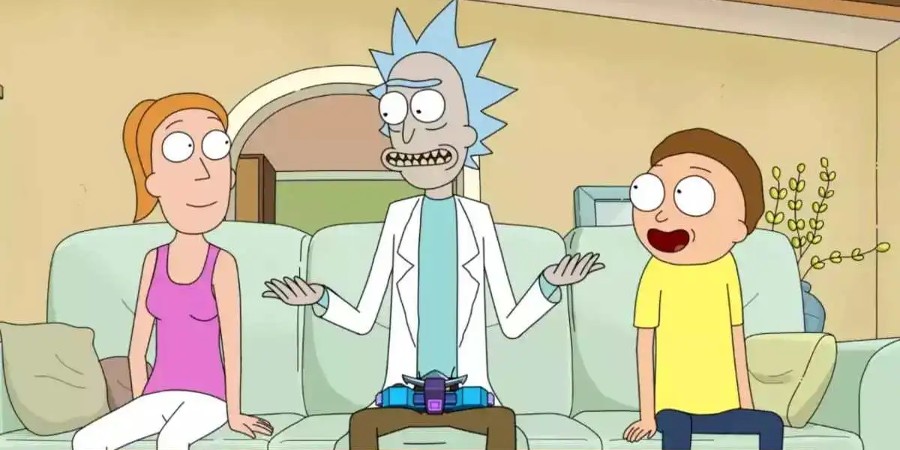 After Dinner, Morty and Rick are involved in playing the video game which turns out to be very disappointing. Meanwhile, Beth and Space Beth talk about their life. Since they are a reflection of each other, the two women quickly fall in love. Space Beth and Beth hook up with each other over the weekend. As a result, Rick, Morty, and Summer are aware of what is going on between the Beths and distract themselves with the video game.

On the other hand, Jerry is oblivious to Beth cheating on him. However, after Jerry learns that Beth is cheating on him, he turns into a Pill Bug due to a protocol installed by Rick to stop Jerry from acting self-destructive. Realizing that she still loves Jerry, Beth asks Rick to erase the memories of her affair from her and Space Beth’s mind. However, before Rick can erase their memories, Jerry returns to his human form and has a conversation with the Beths.

Rick and Morty Season 6 Episode 3 Ending: Do Beth and Space Beth End Up Together?

In the episode, viewers are treated to a weird but exciting romance between Beth and Space Beth. The two are essentially the same person and were created by Rick after he cloned Beth. As a result, they are better at making each other happy than Jerry. Hence, their relationship has great chemistry and spark. However, it is evident that the two cannot be together. Beth still wants Jerry to be her husband, but her attraction to Space Beth is undeniable. 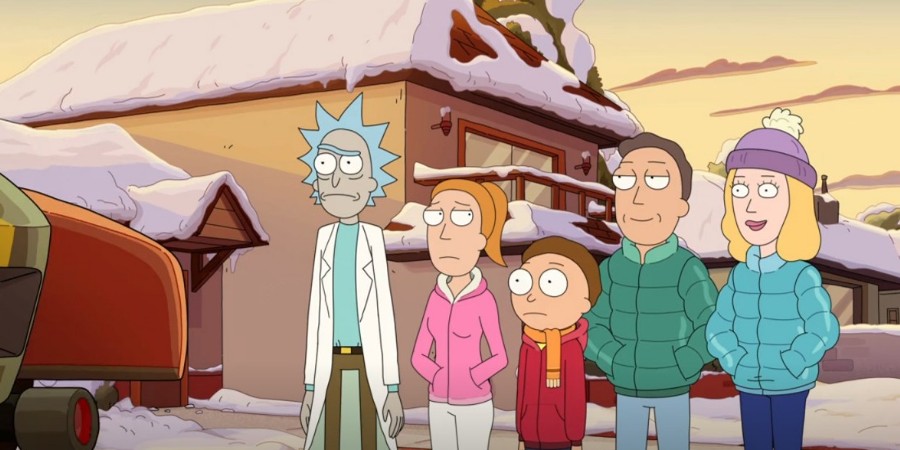 In the episode’s final act, Jerry has a conversation with Space Beth and Beth. He suddenly becomes assertive, leading to an interesting bedroom dynamic between Jerry, Space Beth, and Beth. Jerry admits that he is turned on by seeing the Beths together as long as they seek his permission. Ultimately, the trio has a threesome. Meanwhile, Rick, Morty, and Summer are forced to ignore the awkward sex talk they hear from the other room. After Jerry, Beth, and Space Beth resolve their issues, Space Beth returns to her life in outer space. Beth and Jerry continue their marriage but are likely open to more experimentation in the bedroom.

What Is the Significance of the Cabinet?

After the Sanchez/Smith household wraps up their Thanksgiving festivities, we see Rick returning the Venusian wine to his secret cabinet. He also destroys the remote controlling the cabinet, as he does not want to access it again. Rick’s actions imply that the Venusian wine is the reason for Beth and Space Beth’s attraction toward each other and their affair. The wine likely has love potion-like abilities and was served to the women during dinner.

It is likely that after Rick hears Jerry’s speech about killing himself if Beth cheats on him, he sees an opportunity to get rid of Jerry. Hence, Rick served the wine to the Beths, leading to their affair. However, after seeing his plan destroy Beth’s life and end her marriage, Rick decides to get rid of the wine and its other contents. Nonetheless, viewers get a small glimpse of the other items in the cabinet that hint Rick has been using them to manipulate his family’s life. Therefore, the ending strongly suggests that Rick is hiding many more secrets from his family.