15 Best Infidelity and Cheating Movies of All Time 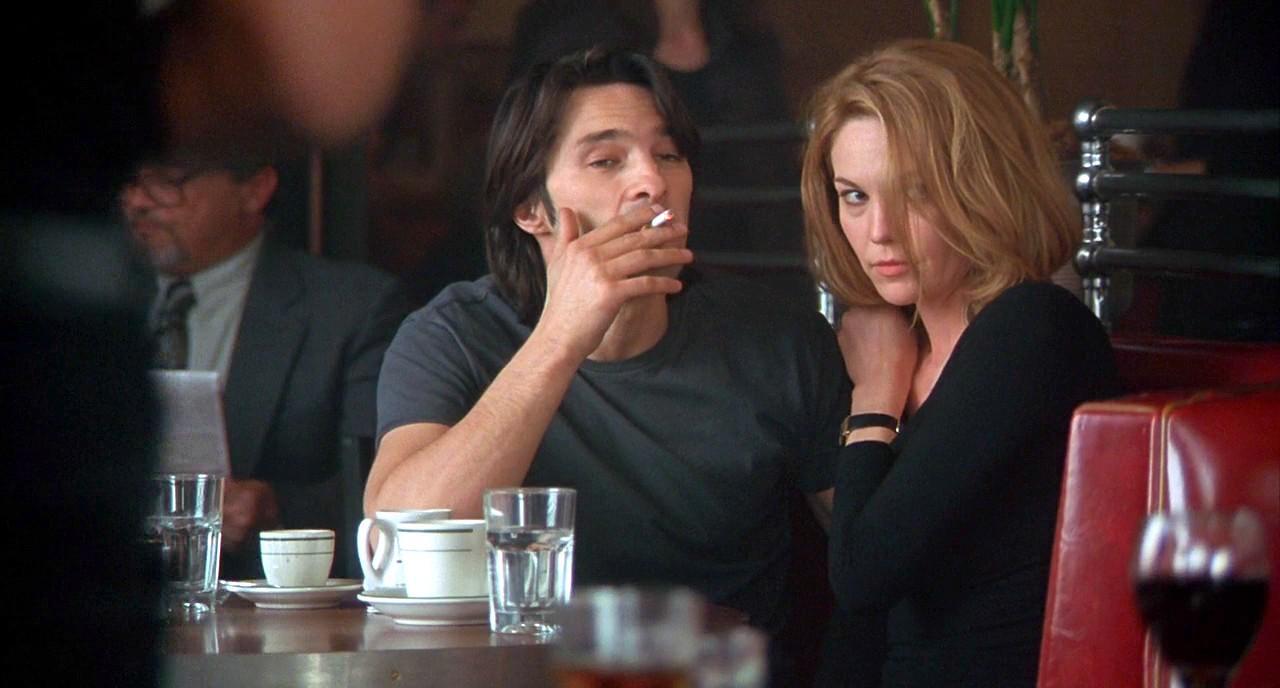 Infidelity. You could sit and think of about 100 films that deal with this theme. But rarely has a film managed to capture the sheer pain the brutal realities that come with having to share your life with another person. When is it that you really feel unsatisfied in your relationship? It could be you or your partner. Or perhaps it’s neither of you. It really is a very complex issue. Few films have managed to portray the various complex facets of infidelity, and this article takes a look at some of those films. So here we go. Here is the list of top movies about infidelity and adultery. You can watch some of these really good cheating wife movies on Netflix, Hulu, or Amazon Prime. 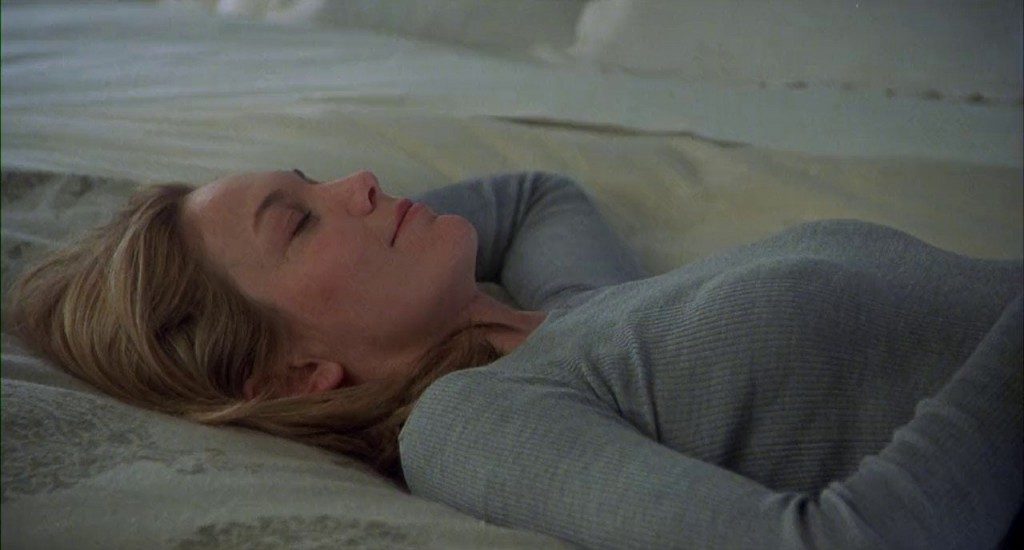 Not the best of films, but ‘Unfaithful’ brilliantly manages to touch on the themes of love and infidelity in a way that is quite moving and affecting than most films. The story concerns a couple whose marriage gets on the verge of near destruction when the wife becomes deeply infatuated with a stranger she encounters one day. The film has an unsettling atmosphere that plays out to the seething tension present throughout the narrative. It was widely criticized for losing its focus on the plot and turning into a sappy melodrama, but it manages to capture the emotional and sexual tension almost every human being experiences regardless of how content they are with their relationships.

Ang Lee‘s unforgettable cowboy romance drama is a searing tale of repressed desires and forbidden love. The film tells the story of two shepherds, Ennis and Jack, who develop a complex emotional and sexual relationship during their time in the summer in the Wyoming mountains. Ennis would later go on to marry his fiancee, and Jack falls in love with a woman whom he later gets married to. However, they meet up years later, and feelings begin to crop up once again. This leads to the crumbling down of their respective marriages. The final scene alone could melt the most stone-hearted people.

Mike Nichols’ iconic coming-of-age romance drama spoke for a generation and continues to in ways that make us laugh and cry in equal measure. ‘The Graduate’ tells the story of a 21-year-old college graduate who doesn’t really know what to do with his life is attracted to an older woman, the wife of his father’s business partner. Mrs. Robinson is an unhappy wife, sexually unsatisfied, and emotionally distant from her husband. Uncertainties in relationships run through the film as we see Benjamin falling in love with Mrs. Robinson’s daughter and running away with her in the midst of her marriage on a journey with no real destination. What ‘The Graduate’ brilliantly manages to portray is the futility of relationships. Not a single relationship in the film is perfect, and they are all flawed in some way or the other. But in the end, it is only human to desire, to long, and to wish for something that we can’t have. 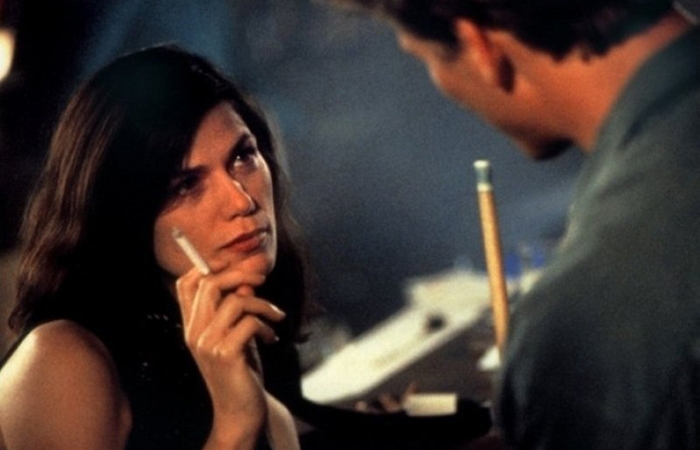 ‘Y Tu Mama Tambien’ is certainly better than most films on the list, but the reason why it’s ranked so low here is that infidelity isn’t the central focus of the film. It just happens to play a part in weaving the tale. ‘Y Tu Mama Tambien’ is quite simply one of the most emotionally charging cinematic experiences I’ve ever had. The kind of feelings it evokes is certainly impossible to be put into words. The film tells the story of two teenage boys who take a road trip with a married woman. There is a whole lot of sadness and pain behind the sheer energy and liveliness of the film. Alfonso Cuaron captures Mexico in all its pain and eccentricities and turns the film into a more profound, melancholic exploration of flailing human relationships and self-discovery. 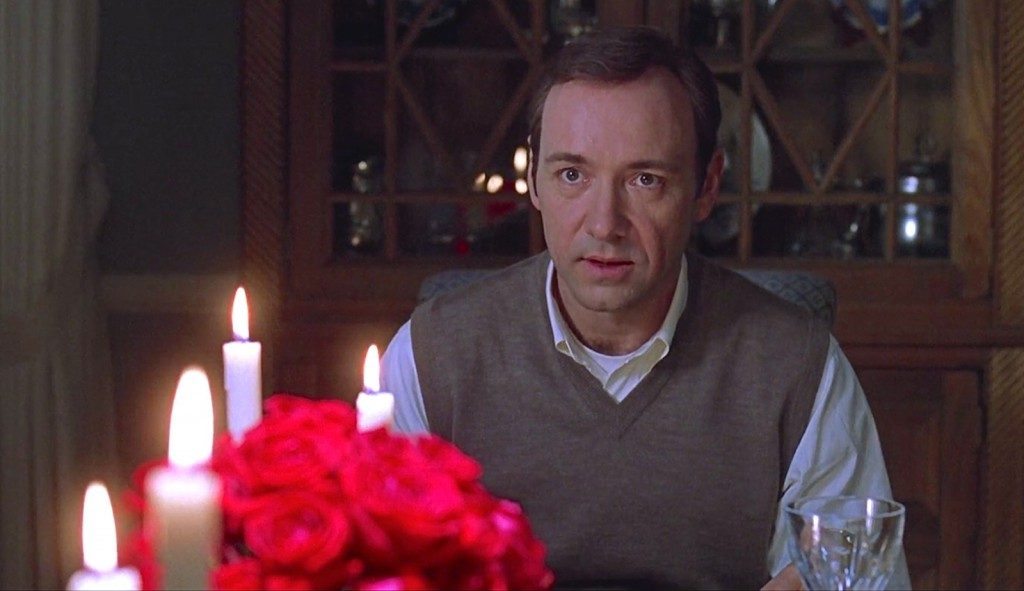 It took me some time to appreciate how layered and complex this film was. Probably it had something to do with my age and maturity as an emotional individual. Honestly, how could a 20-year-old relate to an existential crisis? It’s simple. You can’t. But with age and experience, you learn to master the art of empathy. And that’s the core to appreciating and understanding a richly layered drama like ‘American Beauty.’ The film centers around a man suffering from a mid-life crisis who falls in love with his teenage daughter’s best friend. His relationship with his wife has grown increasingly distant, and he is desperate to revive the lost vibe and energy of youth. It’s dark yet profoundly tragic because you look at these people, and you can almost feel the emotional space between them. It is a truly unforgettable film that deserves every bit of the praise it has received.

Directed by Todd Field, this dark, disturbing drama tells the story of a woman unhappy with her mundane life and existence after marriage. She discovers that her husband is addicted to online pornography. She then develops a relationship with a married law student, Brad. Brad is living a seemingly happy married life but is deeply torn inside by his own conflicts and obsessions. Their relationship grows increasingly complex and passionate as they begin to understand each other’s pain, anger, conflicts, and desires. It’s a startling, dark examination of isolation, love, loneliness, and repressed emotions and desires. 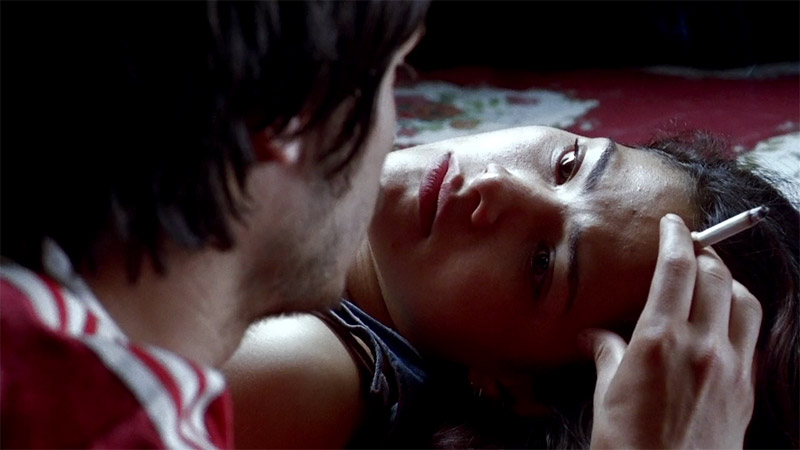 Alejandro Inarritu‘s fiercely ambitious feature film debut tells three interconnected stories that deal with love, infidelity, guilt, and redemption. In the first story, we have three characters, Susana, Ramiro, and Octavio. Susana is Octavio’s sister-in-law but he is madly in love with her and desperate to get her out of the hell they’ve been living in. Octavio wins several dog fights and manages to pile up money so that he can run away with her, and arranges for Ramiro to get beaten up. However, things take a turn when Ramiro hits back and takes all the money as Susan ends up running away with him. ‘Amores Perros’ is a thematically ambitious story that interweaves distinctive tales about various human lives in Mexico City. The raw emotional power of every story makes for a harrowing cinematic experience as Inarritu masterfully infuses the film with a touch of humanity so profound and overwhelming that it completely soaks you in emotions by the end. 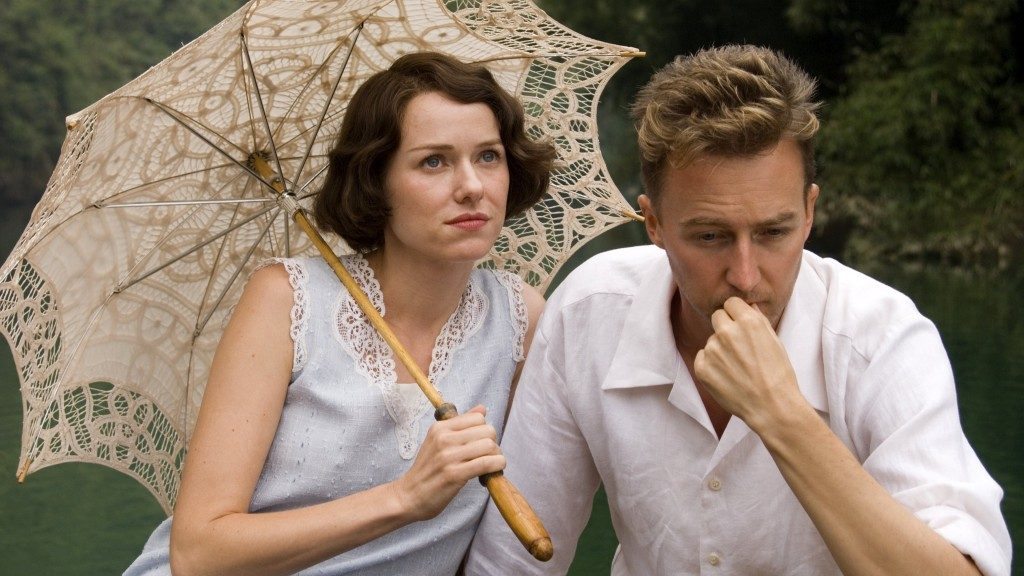 What’s so special about ‘The Painted Veil’ is that it never really takes sides. The film portrays them as two beautifully flawed human beings trying to cope with the difficulties of marriage. Walter is a quiet introvert who doesn’t really express his love for his charming young wife who is longing for that sense of warmth and care. Walter’s increasing emotional detachment causes Kitty to develop a relationship with the more charismatic Charley. Walter discovers this and confronts his wife and threatens her to divorce, or if she doesn’t, then accompany him to a plague-infected village in China. Both Edward Norton and Naomi Watts are brilliant as they portray their characters with incredible nuance and astonishing subtlety and elevate the film to a classic stature.

Few films have managed to portray the pain and harshness of love in a way that utterly devastates you in its unnerving truthfulness. ‘Revolutionary Road’ is brutally unflinching in its depiction of the realities of marriage. Frank and April, a happily married couple, begin to taste the bitterness of marriage when their dreams and ambitions clash as they gradually withdraw themselves into a shell of obsession, betrayal, and anger. Kate Winslet and Leonardo DiCaprio are stunning in their portrayal of the lead couple and make them appear real and utterly convincing. These are real, flawed human beings. Frank and April could be any of us. This could well be our own life. Our actions. Our choices. And that is when you realize how powerful a film can be. 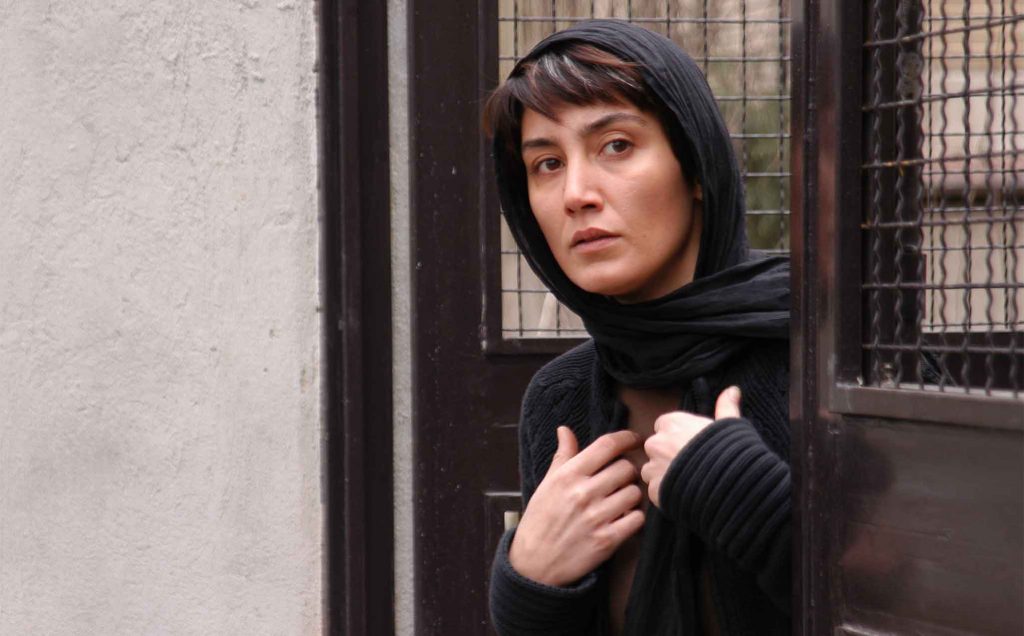 Not many may have heard of this Iranian gem directed by none other than Asghar Farhadi. ‘Fireworks Wednesday’ is one of Farhadi’s earliest works and arguably the most overlooked one from his highly distinguished oeuvre. It tells the story of an upper-class married Iranian couple whose lives are shattered with some disturbing revelation. The wife suspects the husband of having an affair with their neighbor, but nobody seems to believe her. In a shocking scene, Farhadi changes our perspectives as we learn about the truth behind the husband and his relationship with the neighbor. It’s as riveting, psychologically damaging, and emotionally disturbing as the Iranian auteur has always been. 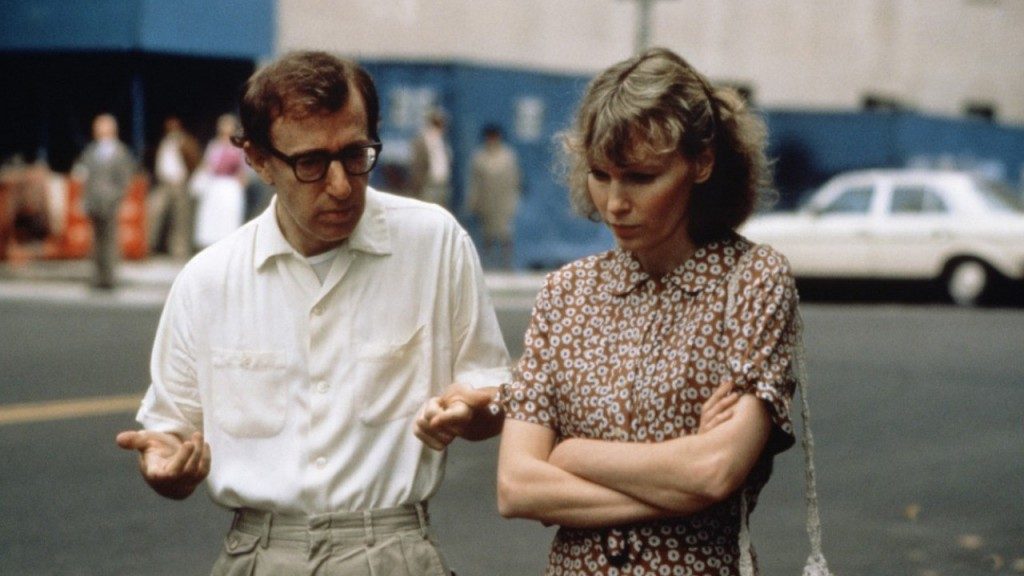 Woody Allen understood the complexities of relationships and the inherent frailties of human nature better than most filmmakers. His films are about people. People try to find meaning in their own lives but don’t really know what they want. ‘Hannah and Her Sisters’ is one of Woody Allen’s most mature and funnily tragic films that explore the frailties of married life. The film chronicles the lives of threes sisters and their partners over a period of two years. The narrative gradually exposes and peels layers off of its characters as we see Hannah’s husband Elliot getting attracted to her sister Holly. Elliot is torn between Lee and Hannah and is having a hard time trying to figure out what love really means. Things get further complicated as Woody Allen’s character Mickey, Hannah’s ex-husband, tries to mend his broken relationship with Hannah’s sister Holly. It’s a deeply contemplative film about the intricacies of love and the fickle nature of human relationships. 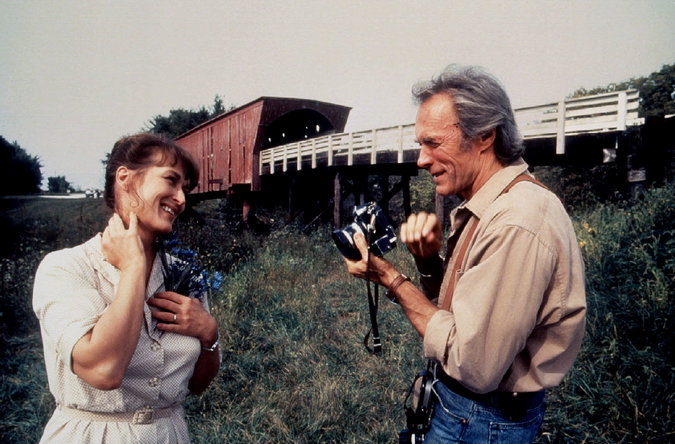 Arguably one of the most underrated romance dramas of all time, ‘The Bridges of Madison County is an astonishingly nuanced and complexly layered drama that explores the themes of infidelity and love. It tells the story of a married woman who falls in love with a photographer but is forced to make the decision of her life in a span of just a couple of days. Francesca is living a seemingly happy married life, but deep inside, she is a sad soul having to live with the fact that she’s been living all her life for the people around her and not for herself. The performances are beyond brilliant, and Clint Eastwood‘s direction gives the film a distinctively human touch, making it an emotionally overwhelming experience. 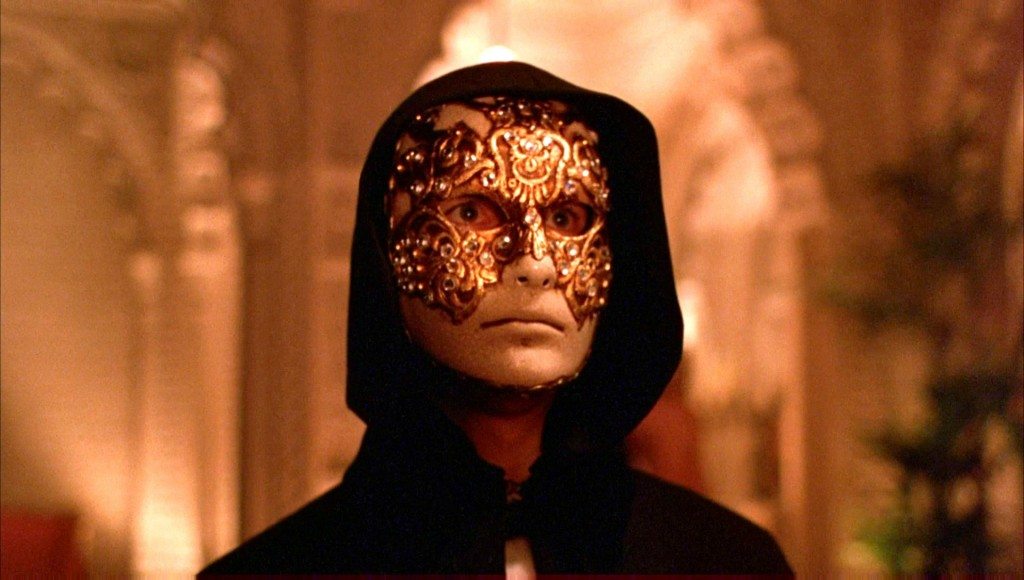 A stone-cold classic, Stanley Kubrick‘s final masterpiece is a deeply disturbing examination of marriage, sexuality, infidelity, and love. Bill is shocked when his wife admits that she once fantasized about a naval officer they had met on vacation. Devastated, Bill then embarks on a journey into the darkest pits of sexuality as he discovers an unnamed underground secret society. Visually stunning and thematically complex, ‘Eyes Wide Shut’ constructs a dream-like world full of nihilism and delves deep into the devastating realities of marriage, love, and sexuality. The craft is impeccable, and Kubrick’s bizarre and surreal approach turns the film into a deeply disturbing introspective journey. 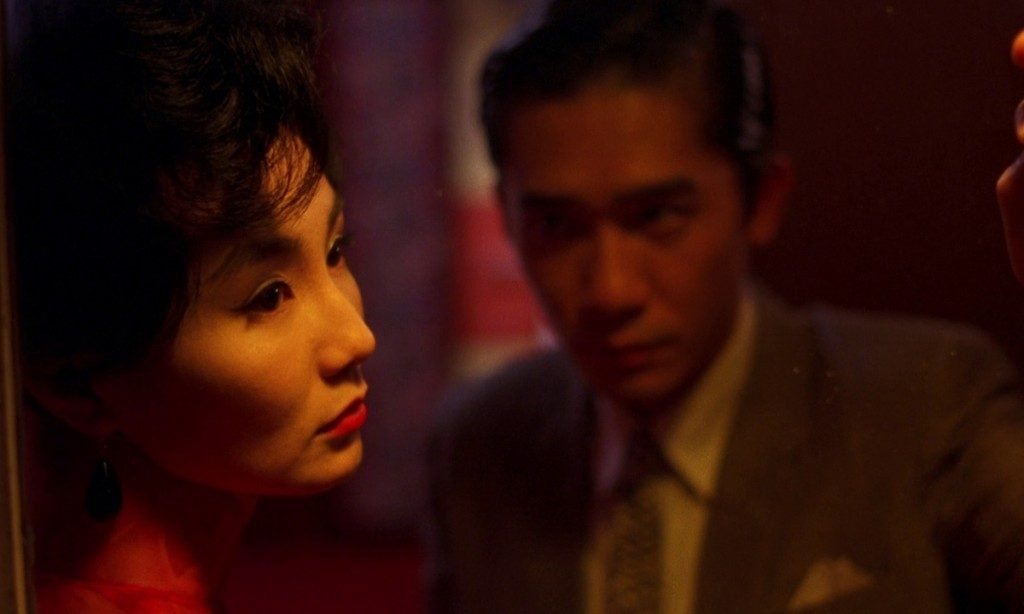 Of course, what else could have topped the list? Desires, faith, destiny, and time tragically entangle in Wong Kar-wai‘s gorgeously melancholic romance between two souls who’re victims of infidelity. Chow and Su fall in love because their partners have left them alone to live in their own secluded spaces, in the dark web of isolation engulfing their existence. They want to hold each other’s hands; they are longing to fall in each other’s arms; they want to make love to each other; but they don’t because that, they believe, would be stooping down to the level of their partners. They’re victims of time and fate. Wong Kar-wai infuses the film with a melancholic tone that paints the emotions of its characters. A profoundly tragic and gorgeously seductive tale of romance.