Is Rick Kirkham Married? Does He Have Kids? 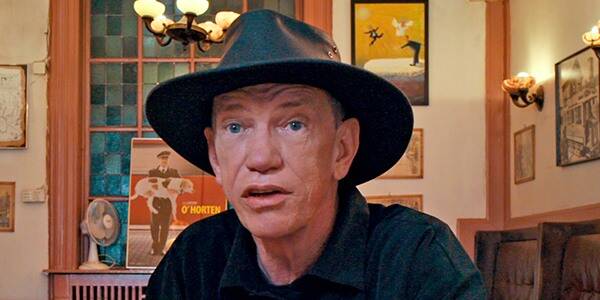 Rick Kirkham has stepped into the spotlight once again after Netflix’s ‘Tiger King‘ docuseries highlighted his relationship with the eccentric big cat owner, Joe Exotic. Kirkham was the one with the cameras rolling at all times and is privy to quite a lot of what went down in Exotic’s everyday life. Accordingly, he has been the subject of future explorations into Exotic’s zoo and what ultimately landed Joe in prison.

Ever since the docuseries aired, Kirkham has been careful to express his regret at having worked for Joe and has highlighted the difficulties he faced as the documentary maker. That said, Kirkham is a veteran who’s worked for Inside Edition before taking up Exotic’s gig. While his professional life is undoubtedly commendable, Kirkham has been somewhat private about his family. Curious to know if Kirkham is married and has kids? We have the latest news and updates.

Rick first got married in the 90s, which was when he was working for Inside Edition. Tami, his wife at that time, could not stand Rick’s addiction to the news and drugs. The couple was living in Plano, but eventually, Rick split with his wife. As you know, Rick currently lives in Norway and is a freelance reporter for BODØ NU apart from being a producer, director, and cinematographer working at RealReels Productions and Consulting.

He is married to Kristin E Rosøy Kirkham. Rick proposed to her back in September 2017, and the two got married in 2018. You can check out a throwback image Rick shared when Kristin became his fiance.

Rick often posts pictures with his wife, and a recent photo shows how he is spending the lockdown. Kirkham seems to be practicing safe social distancing, but he’s also having fun with the woman he loves.

Summer seems to have arrived in Norway, and Rick and Kristin are making the best of things while the good weather lasts. Rick’s shared an adorable picture at the arrival of the new season.

Rick has two kids from his marriage with Tami. They are Rick Jr. or Ricky and Dustin. It appears that his sons don’t live with him in Norway, but Rick is always up for some fun. He once posted about how Dustin or Dusty has a beer named after him. You can check out the pictures below.

Jokes apart, it is clear that Rick loves his son and misses him when he is away. Check out an emotional post from Kirkham when it was time for Dustin to return to the US.

Apart from his own kids, Kristin, his current wife, has a daughter as well. Rick refers to her as his ‘bonus daughter’ and seems to share a bond of affection. You can check out his post below, where he gushes about how much he enjoys her homemade bread.

In conclusion, Rick seems to lead a happy family life, with people whom he loves, and who care about him as well.