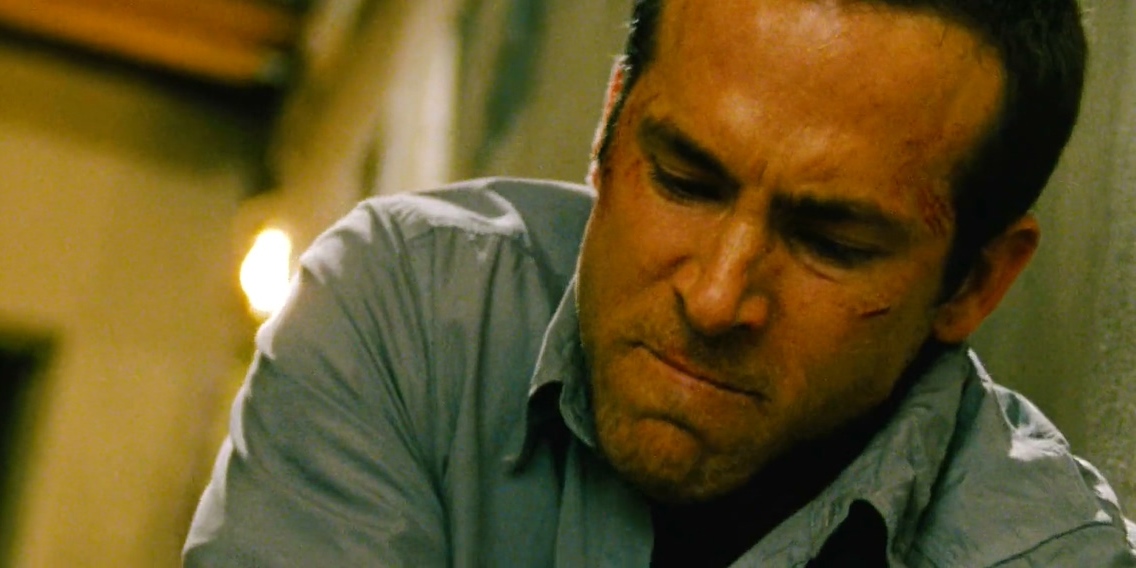 The truth is not always what it seems. This is seemingly the message that Swedish director Daniel Espinosa’s enthralling 2012 CIA operative action thriller ‘Safe House’ conceals. The story follows low-ranking CIA official Matt Weston, who gets plunged into a sinister conspiracy cover-up after crossing paths with rogue CIA operative Tobin Frost.

Although the story is not without plot holes, the seamless buddy-cop chemistry between a nervous Ryan Reynolds and a suave Denzel Washington keeps things interesting. The movie ends on a positive note, but you may find it hard to get your head around some aspects of the mystery. In that case, let us infiltrate into the safe house and look for answers. SPOILERS AHEAD.

Low-ranking CIA operative Matt Weston is in charge of a safe house in a covert location in Cape Town, South Africa. He has a loving girlfriend in Ana, a French medical student about to commence her residency in Paris. After staying dormant in the safe house for 12 months, he hopes to become a case officer and follow his girlfriend to Paris. However, his senior Barlow tells him that he does not have enough experience and qualifications to serve the position in Paris.

In another location in the city, veteran CIA agent Tobin Frost acquires a microchip containing sensitive information from MI6 official Alec Wade. On their way out, Alec Wade is shot dead by a sniper. Bereft of a better option, Tobin Frost surrenders himself to the US consulate in the city. Frost is apparently a rogue operative wanted by the CIA for betraying his country. Matt Weston’s sleepy office suddenly becomes busy as agent Daniel Kiefer and his team brings in security level four asset Frost.

However, shortly after the officials begin to interrogate (more like waterboard) Tobin Frost, the mercenaries break into the premises and execute Kiefer and the team. Weston puts Frost in the trunk of a car and goes on the run. Weston loses the tails after a tense chase sequence, but he is consequentially plunged into an international cover-up conspiracy. The microchip contains information that can mar the agency’s reputation, and Weston comes to know that he is just a pawn in an elaborate plan of the CIA.

It seems that everyone wants a piece of Tobin Frost. After acquiring the microchip from old acquaintance Alec Wade, he becomes the subject of a tug-of-war game by the CIA. While the CIA officials at the safe house keep it at torturing, the mercenaries seek to execute him. As a master of diversion, Tobin Frost succeeds at some narrow escapades. In the beginning, he exchanges his outfit with a local pimp, and the pimp is shot down on the street.

Weston makes Tobin Frost his primary concern since handling the case may give him the desired ticket to Paris. Following protocol, Weston takes Tobin Frost to a cheap hotel and lays low. Frost tries to manipulate him emotionally, but Weston seemingly holds his ground. He calls Barlow for the next set of instructions. Barlow asks Matt to retrieve a GPS device from a locker in the Cape Town Stadium and take the asset to another safe house located in the countryside.

However, things go miserably wrong at the crowded stadium as Tobin Frost asks for help from the local guards, claiming that Matt has held him hostage. The master of distraction evades from the scene, while after shooting two local officials, Weston becomes a fugitive. Whitford asks him to seek refuge at the consulate, but Weston defies orders to locate Tobin Frost. He remembers Frost wanting to head to Langa, and from his records, Matt finds the file of Nicaraguan national document forger Carlos Villar.

Adding two and two, he heads to the township of Langa to find that the gunfight has already resumed. While the mercenaries assail Carlos Villar, Matt and Tobin escape the scene by an inch. In the meantime, Matt extracts the information from a mercenary that they are also working for the CIA. With the revelation, Matt applies some first-aid on Tobin and takes him to the other safe house. Keller, the owner of the safe house, has hearty chitchat with Matt. But he suddenly becomes hostile after receiving a text (presumably from his CIA handler), and after a nerve-racking fistfight, Matt assails Keller.

Matt takes some damage from the fight and goes senseless. He wakes up to see Barlow by his side. Barlow asks him the whereabouts of the files, but after getting to know the involvement of the CIA in the massacre, Matt is extra-cautious. Barlow unwittingly divulges that his name is on the file, besides some heavyweight officials from various global intelligence organizations. Tobin has seemingly fled the scene, but he comes back for a showdown.

After hearing some disturbance outside, Barlow comes out to find a haystack burning. As he moves closer, an explosion throws him into the ground. Tobin Frost comes in and takes out the mercenaries one after another. But a wounded Barlow comes back and puts a bullet in Tobin’s stomach. As Barlow is excited about achieving this mammoth feat, Matt puts a shot in him and settles the scores. Matt tries to keep Tobin conscious, but the bullet wound is seemingly fatal, and Tobin passes away on the spot.

Where Are the Files?

When Tobin gets his hands on the sensitive files, he becomes the target of a chase by the CIA. He is taken to the safe house by the CIA, but another CIA team kills Kiefer and his team. After the piece of information comes to light, we realize that the CIA is not after Tobin – they are instead after the microchip that can destroy the careers of some of the high-ranking officials. Tobin is not a betrayer to his country; he is rather a whistleblower to the corruption rampant within the CIA. As Tobin hooks the chip in Carlos’ computer, we see receipts of shady transactions carried out by the agency.

Naturally, the officials want to get their hands on the files at the earliest. After assailing his fellow officer Catherine Linklater, Barlow divulges to Matt that he is on the list. The stakes are presumably high enough, but as Barlow himself takes a hit in the mayhem, he cannot retrieve the file. Shortly before dying, Tobin hands the chip over to Matt, asking him to guard it with his life. Back at the Langley office, Whitford inquires from Matt about the file. While Matt does not spill anything to Whitford, he sends the files to various media agencies. The corruption within the agency is unveiled, and in a scene towards the end, Whitford is taken to testify before the senate.

In the end, Matt reaches his destined post in Paris, and the movie ends on a positive note, with Matt and Ana exchanging glances. However, the identity of Vargas remains shrouded in mystery. Matt holds a man captive in the nighttime encounter at the Langa township while the other mercenaries escape. After applying some coercion, Matt comes to know that the mercenaries are working for a guy named Vargas, who is also the CIA. Matt knows nothing about this Vargas, and neither do the viewers.

However, at the other safe house, Barlow instructs the head of the mercenaries to secure the perimeter. Matt comes to realize that they are in league with each other. This is the same mercenary who previously took down a person with a sniper in the middle of a busy street. We come to realize that this person is Vargas. Vargas and his team are seemingly working a covert operation to eliminate Tobin, apparently taking direct orders from Barlow.