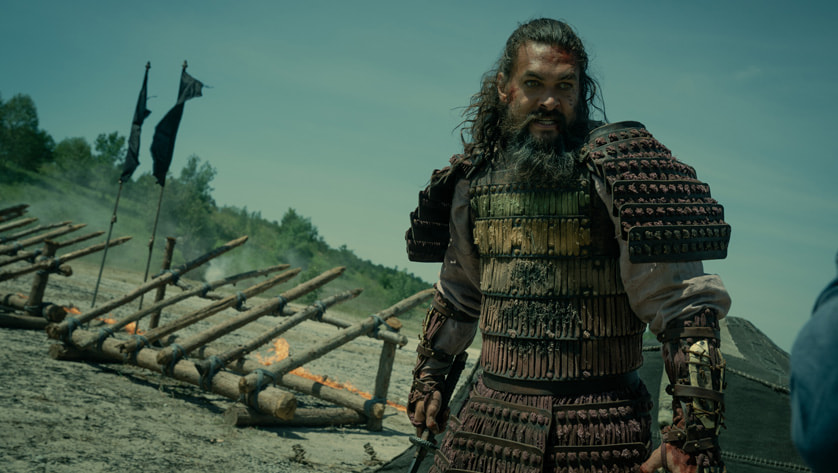 Created by Steven Knight (‘Peaky Blinders’), ‘See’ is an incredibly unconventional entry in the dystopian science fiction genre. The story takes place in a world ravaged by a viral pandemic. Most of humanity has perished, and the descendants of the survivors have lost their sense of sight. The series begins at a time when sight starts to return to the world. Baba Voss (Jason Momoa), a former slaver turned leader of a tribe, becomes the stepfather of two sighted children, vowing to protect them from a world that actively seeks to harm them.

Over the course of three seasons, the audience witnessed Baba and his family’s incredible journey for survival and a sense of belonging. But like every other journey, this one must come to an end as well. The series finale of ‘See’ is bittersweet, satisfying, and epic in proportion. Here is everything you need to know about it. SPOILERS AHEAD.

The series finale of the Apple TV+ show begins where the penultimate episode left off. Maghra and her children realize that Baba has gone back to confront the combined forces of Tormada’s renegade Trivantian army and Sibeth’s Witchfinders. It’s too late to stop him, and they can’t waste more time in the tunnel because Sibeth and Tormada can resume bombing at any given moment, and Maghra and her people really don’t want to be caught underground when they do. 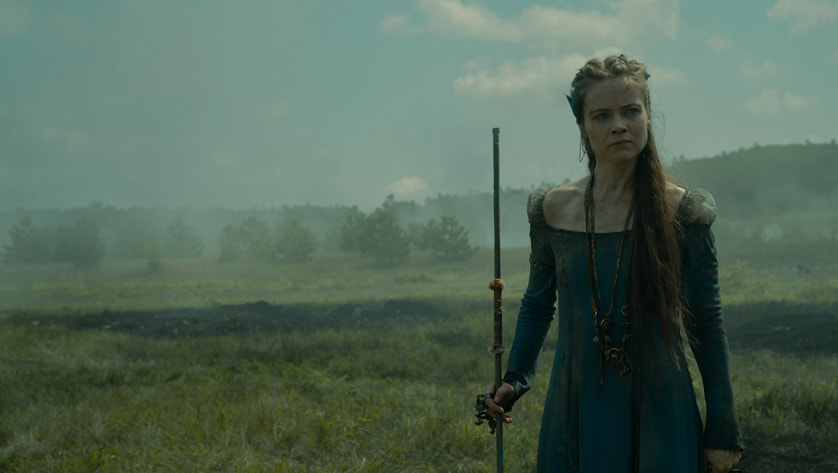 Unfortunately, this is exactly what happens as Sibeth and Tormada figure out that their enemies are underground and resume bombing. Baba and Ranger carve their way through the Trivantians and Witchfinders but fail to reach the trebuchets in time to stop them. After one of the bombs destroys the tunnel and nearly kills Kofun, Maghra decides that it is better to die defending the land than hiding underneath it.

Momoa’s Baba Voss is the central character of ‘See.’ The ‘Aquaman’ star delivers an excellent performance as the warrior haunted by his past and finds redemption as the stepfather of Haniwa and Kofun. In the series finale, Baba takes on an army for the sake of his family with Ranger’s help. Meanwhile, Maghra arrives on the battlefield, prompting Sibeth to go and speak to her sister one last time. Despite the bitter enmity between the sisters, in these final moments, they are together. They remember their past and embrace each other. Sibeth thinks she has won, but Magha pulls the tiny knife that Sibeth always keeps under her skin and fatally stabs her sister with it. 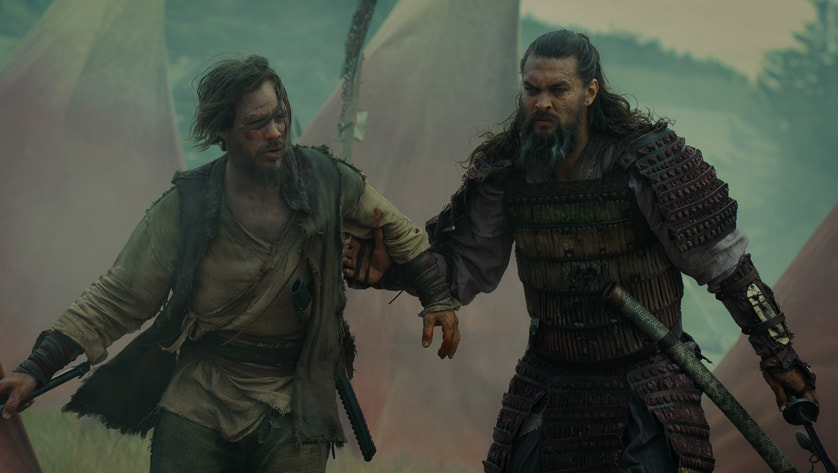 Soon, Tamacti, Kofun, Haniwa, and Wren join the fight. Ranger kills Tormada, finally gaining revenge for the torture and pain the other man put him through. However, despite the death of the leaders, most of the army of the enemies is still very much intact. This is where Baba makes his last stand. He cuts his way to the bombs and causes them to explode, killing all the enemy soldiers and ending the battle for good. Baba dies just as he lived — like a warrior, protecting his family till his last breath.

Why Does Kofun Decide to Become Blind? Does He Become King of Paya?

After Baba’s sacrifice, peace with the Trivantians comes. However, it is revealed that they have decided to blame Tormada’s misadventures on the sighted people. They have outlawed sight in their empire and wants Paya to implement similar rules. Predictably, Maghra refuses., but a tentative treaty is still signed between the erstwhile enemies. 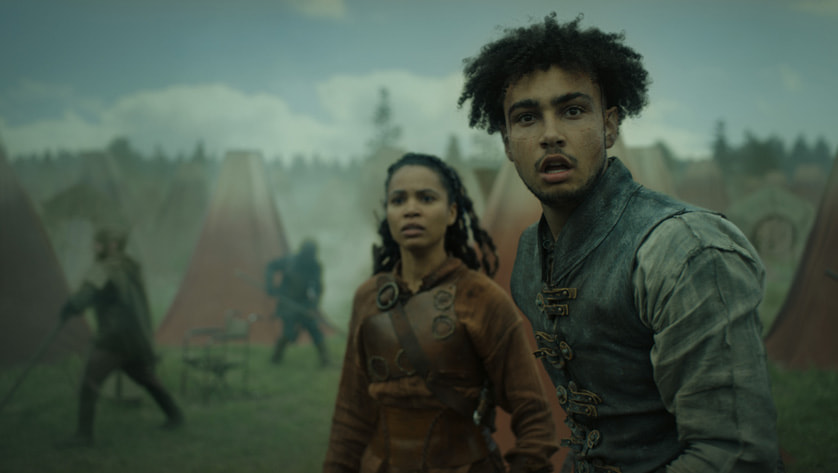 Between the siblings, Kofun has never been entirely comfortable about his ability to see. While Haniwa has been fiercely proud of her sense of sight, Kofun has felt alienated because of it. When Maghra makes it clear that she wants Kofun to succeed her as the ruler of Paya, he decides to become blind so that there will be no difference between him and the people he will govern. Kofun also makes this decision to belong in the same world as his son, Wolffe.

Maghra warns Kofun that if he chooses this, he can never go back, but her son is not concerned about that. Unlike his sister, he has always sought to belong to the world around them. Although we are not shown how Kofun becomes blind and his life afterward, we see him experience the last sunrise before his world goes dark.

Where Do Haniwa and Wren Go? Who Are the People in the Library?

Although Haniwa and Kofun have been raised by the same parents and have mostly similar experiences with life, their views on their sense of sight and expectations in life are opposite. While Kofun wants to remain close to his family and even gives up his sight to be the king of Paya and father to Wolffe, Haniwa intends to explore the world and learn about humanity’s past. 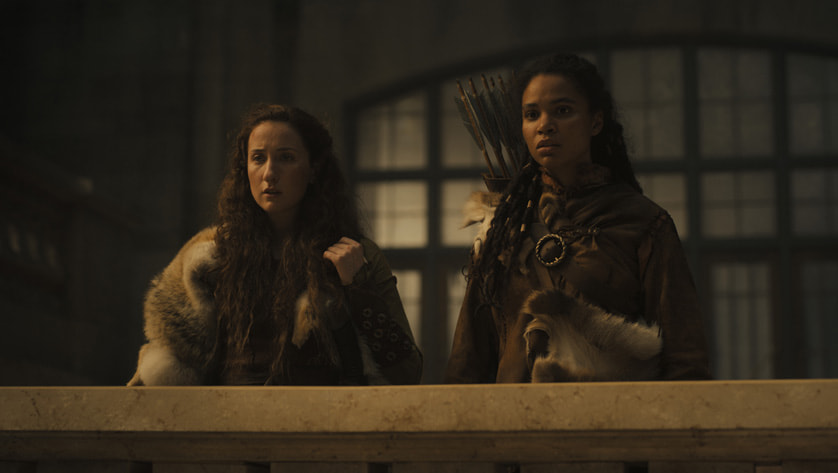 Earlier in the season, when Haniwa and Sheva parted ways, the latter informed her about other secret libraries like the one at the House of Enlightenment. In the series finale, after Haniwa and Wren’s wedding has taken place, Charlotte returns to Pennsa and gives Haniwa the map that Sheva gave her. Soon after, Haniwa and Wren leave Pennsa without telling their family, promising themselves that they will return someday.

The map leads Haniwa and Wren to what turns out to be the New York Public Library. Although the city around it is in ruins, the library is operational. As Haniwa and Wren walk in, sighted people like them occupy its great hall, busy reading or working with various contraptions. Haniwa realizes that these are her people — scholars and innovators. Her journey is finally over; she is home. If anything can prove beyond doubt that sight is returning to the world, it is this gathering of people.