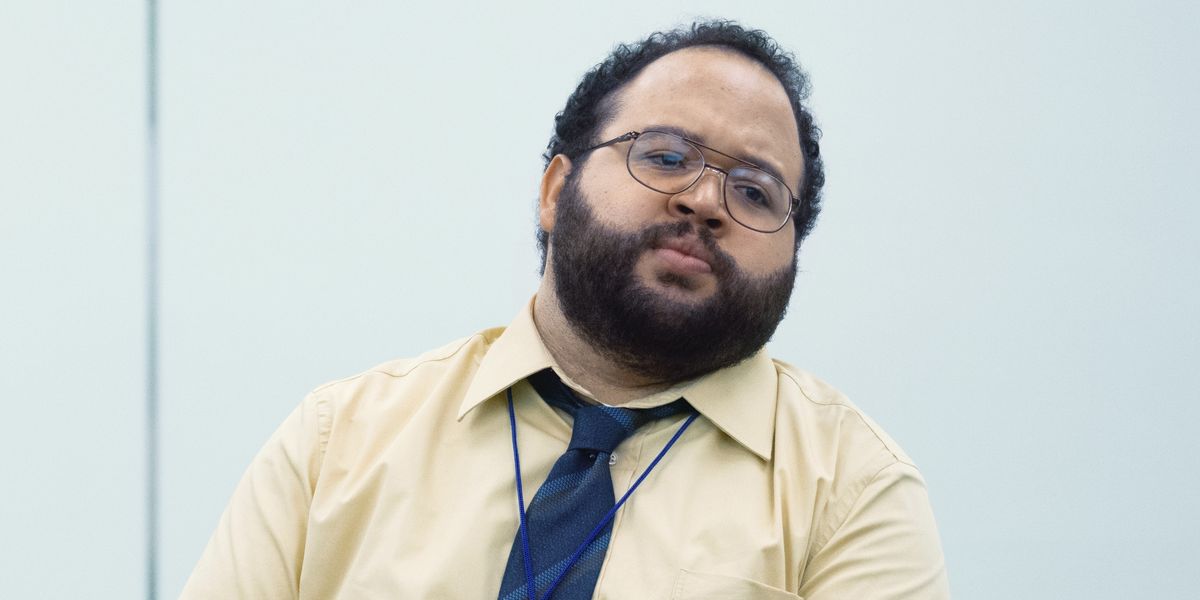 ‘Severance‘ is a blend of psychological thriller and corporate drama that focuses on Lumon Industries’ employees. The company’s eerie office is the setting of a shocking conspiracy that is slowly unfolding before our eyes. As the employees try to figure out the true nature of their job and the severance process, viewers learn more about Lumon and its ethics.

In the eighth episode of the first season, fan-favorite character, Dylan, receives a waffle party for his performance during the quarter. However, as viewers must be aware, the waffle party has much more to it than just merely being a treat meal. If you are looking for an explanation about the show’s baffling Waffle Party scene, here is everything you need to know! SPOILERS AHEAD!

What Is the Significance of the Waffle Party? Who Are the People in Masks?

The eighth episode of ‘Severance,’ aptly titled ‘What’s for Dinner?,’ sees the MDR team complete its quarterly quota. Dylan is judged Refiner of the Quarter and, as per tradition, is given a waffle party. Dylan first mentions the waffle party in the second episode of the series and is quite excited about the same. He considers it one of the best rewards an employee can receive at Lumon for their performance. At first glance, the waffle party seems to be a satirical take on the corporate world, where employees often receive menial incentives for their hard work.

However, in the eighth episode, viewers get a look at the waffle party, which turns out to be something completely unexpected. Although Dylan does receive a helping of waffles, the meal is followed by a very erotic experience. It sees Dylan put on a mask of Lumon’s founder, Kier Egan, and witnesses an intimate performance from four people donning masks. Three of them appear to be women, while another is a man. The masks of the four performers are based on the four tempers from Kier’s books mentioned in the third episode: Woe, Frolic, Dread, and Malice. The scene implies that Dylan is free to have a sexual experience with these people. However, he bails on this part to trigger the Overtime Contingency.

In an interview with Variety, creator Dan Erickson opened up about the Waffle Party scene. He explained that the scene represents the commodification of sex and intimacy in a place where such aspects of human life are not supposed to be expressed. He also said that the sexual nature of the scene represents taming of the four tempers and is thereby justified by Lumon as it holds significance to its founder and his philosophy. “So I just thought it was a really, really strange, uncomfortable question that we wanted to look into. What would sex look like on this severed floor? And this is kind of the best we could figure it,” Erickson added.

Ben Stiller, who directed the episode, also chimed in with his take on the Waffle Party scene, explaining that it represents the highest form of reward available to Lumon employees. Sexual gratification is often seen as the highest form of reward for humans. Since the employees at Lumon are only a fragment of their actual selves and do not exist outside the severed floor, the Waffle Party being a disguised (literal and metaphorical) sexual experience makes sense. Moreover, Stiller added that the scene plays into the cult-like aspect of Kier’s philosophy, thereby making the sexual experience a semi-religious one.

Ultimately, the Waffle party scene adds to the mystery of Lumon’s ethics and is a representation of its founder’s philosophy. Moreover, it adds depth to the lives of the Innies, who are restricted to the severed floor. It gives a new meaning to the humanity of these characters and their experiences.

Read More: What Is In Dylan’s Box in Severance, Explained