What Is In Dylan’s Box in Severance, Explained 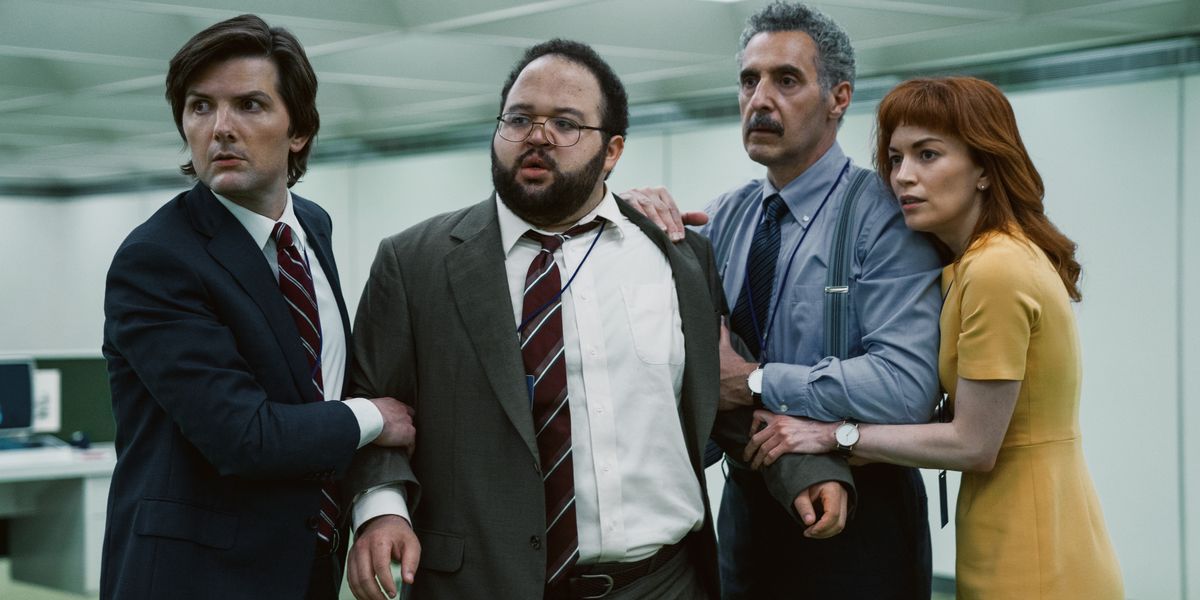 ‘Severance‘ follows the employees of Lumon Industries as they try to uncover the mysteries surrounding their jobs and the titular scientific process that prevents them from accessing personal memories at work. The Macro Data Refinement team, headed by Mark Scout, finds themselves at the center of the conflict at Lumon. Among the MDR team is Dylan, who discovers a shocking truth about the Severance process.

In the penultimate episode of season 1, Dylan receives a mysterious gift box for his performance during the quarter. Naturally, viewers must be wondering whether the box has any connection to the conspiracy at Lumon. If you are curious to learn about the box’s contents, here is everything you need to know! SPOILERS AHEAD!

What Is In Dylan’s Box in Severance?

In the eighth episode of ‘Severance,’ the end of the quarter is near, and the MDR team is lacking in terms of reaching their targets. Although the team’s senior members, Mark, Dylan, and Irving, finish their files, Helly, the newest recruit, struggles with completing the Siena file. However, she manages to refine 100% of the data in the Siena file in time for the MDR team to finish its quota before the quarter’s end. The team celebrates and is given a small party by Mr. Milchick.

Milchick announces that Dylan has been named Refiner of the Quarter. As is the norm, Dylan will receive an item of his choice. The item requested by Dylan is concealed in a black box. Although Dylan shows his teammates what is inside the box, the viewers remain in the dark for most of the episode. Later, Dylan attends his waffle party while closely guarding the box. Therefore, it is clear that the box holds something of value to Dylan.

Simultaneously, the MDR team is planning their escape from Lumon. After Dylan learns that a process known as the Overtime Contingency can be used to awaken the workies outside Lumon, the MDR team decides to use it as a means to communicate with the outside world. However, the team soon finds out that to trigger the Overtime Contingency, they must pull the two levers attached to the devices in the security room at the same time. Dylan volunteers to perform the task himself so that Mark, Helly, and Irving can escape Lumon. Hence, it makes sense for the box to contain an item that can help Dylan pull off the difficult maneuver.

However, viewers learn what is inside the box in the episode’s final moments. As Dylan makes his way to the security room and starts preparing to perform the procedure for the Overtime Contingency, he opens the box, finally revealing the item inside to the viewers. The box contains a glass sculpture of the entire MDR team. Dylan uses it to motivate himself and perform the difficult task at hand. Moreover, the MDR team is unsure how the Overtime Contingency will affect their memories and whether the workies will be able to reunite. Hence, the sculpture serves as a fitting memory of the team’s time together at Lumon and motivates Dylan during a time of uncertainty.

Read More: What Does Severance’s Lumon Industries Do? Is it a Real Company?