Shang-Chi and the Legend of the Ten Rings’s Mid and Post Credits Scene, Explained

‘Shang-Chi and the Legend of the Ten Rings’ is the 25th entry in the ‘MCU,’ but the first one to feature an Asian/Asian-American lead. It marks the feature film debut of Marvel Comics character Shang-Chi and stars Simu Liu (‘Kim’s Convenience‘) as the eponymous hero. Director Destin Daniel Cretton (‘Just Mercy‘) cleverly subverts racial stereotypes in this superhero film and brings a fresh dose of martial arts action while beautifully capturing the spirit of Asia.

Shang-Chi’s journey of confronting his past and reconnecting with his roots is enlightening. However, as this journey concludes, a new one begins. Fans must be curious to learn more about Shang-Chi’s future in the ‘MCU’ and whether there are any post-credits scenes that give a tease of the same. Here’s a definitive answer to your doubts. SPOILERS AHEAD!

Does Shang-Chi and the Legend of the Ten Rings Have a Post Credits Scene?

In the closing moments, Shang-Chi and Katy return to San Francisco, where they are greeted by Wong, who says they have a lot to discuss. The credits roll after Shang-Chi and Katy follow Wong into a portal. After a brief and exquisite credit sequence, we are treated to a mid-credits scene.

Well, it wouldn’t be much of a Marvel movie without a bonus scene, would it? Not only is the mid-credits scene full of surprises, but there is also an additional end-credits scene. Therefore, folks heading to theaters to watch the movie might want to stick around till the very end.

Shang-Chi and the Legend of the Ten Rings Mid-Credits Scene, Explained

The mid-credits scene is set shortly after the movie’s ending and takes place within the Sanctum Sanctorum. There, Wong is examining a virtual representation of the Ten Rings he has generated with his magical abilities. Shang-Chi and Katy are with Wong, who asks the others in the room (present through holographic tech) about their opinion on the rings. 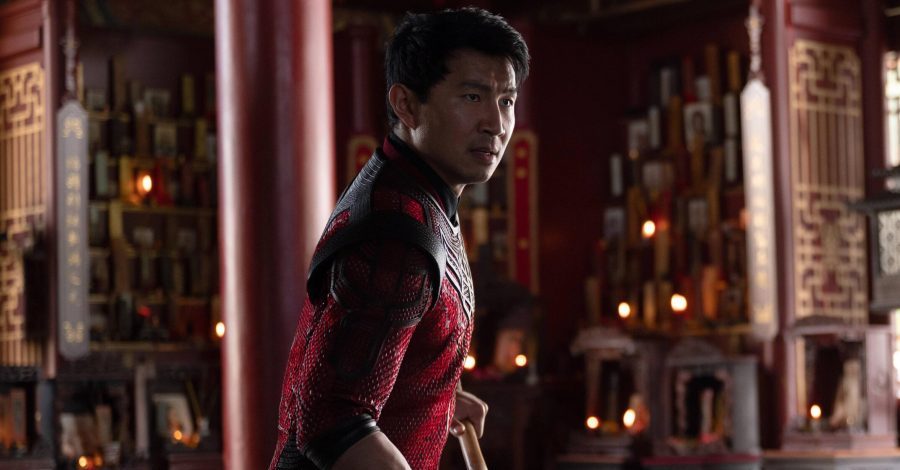 We see Bruce Banner (in his human form and not as Professor Hulk) with one arm in a sling. He exclaims that the rings seem to have an extraterrestrial origin. Carol Danvers/Captain Marvel is also present and says the rings are unlike any alien technology she has previously seen. Wong explains that the rings are acting as a beacon and sending a message.

Shang-Chi asks where the message is being sent but is interrupted by Carol, who leaves to deal with an emergency. Bruce welcomes Shang-Chi and Katy to the “circus” before leaving. Wong warns the two that their lives have changed forever, and the three head out to a karaoke club.

The scene sets up a number of different conflicts for the future ‘MCU’ installments. However, the most important indication the scene gives is that the Avengers are at least in some form still active. The system Natasha developed to protect Earth after the snap is likely being carried forward by Carol and Bruce, while Dr. Strange and Wong also seem involved.

Shang-Chi might not be an official Avenger just yet, but the heroes are aware of his abilities, and he could be called upon in the future. Long story short, the Master of Kung Fu is ready to make his mark on the whole world, and we could see him fighting alongside Earth’s Mightiest Heroes soon.

Shang-Chi and the Legend of the Ten Rings End-Credits Scene, Explained

In the end-credits scene, we see Xialing staring at a sketch of her mother. She then proceeds to takeover Wenwu’s throne and effectively becomes the new leader of the Ten Rings organization. Xialing states that they have a lot of work to do as the camera pans out, and we see various assassins training in the compound. The screen cuts to a logo of the Ten Rings with a text that reads: the Ten Rings will return.

The scene confirms that the shady organization isn’t done just yet, and they could stir up some trouble in the future. If Xialing’s comic book counterpart is any indication, we will be seeing a morally ambiguous version of the Ten Rings’ new leader going forward. The scene also gives a nice nod to the sibling rivalry trope and carries forward Wenwu’s legacy. While Shang-Chi receives the actual Ten Rings from his father, his sister inherits the organization. In the words of Bruce Banner, “this is an absolute win” for both siblings.

Read More: Where Was Shang-Chi and the Legend of the Ten Rings Filmed?