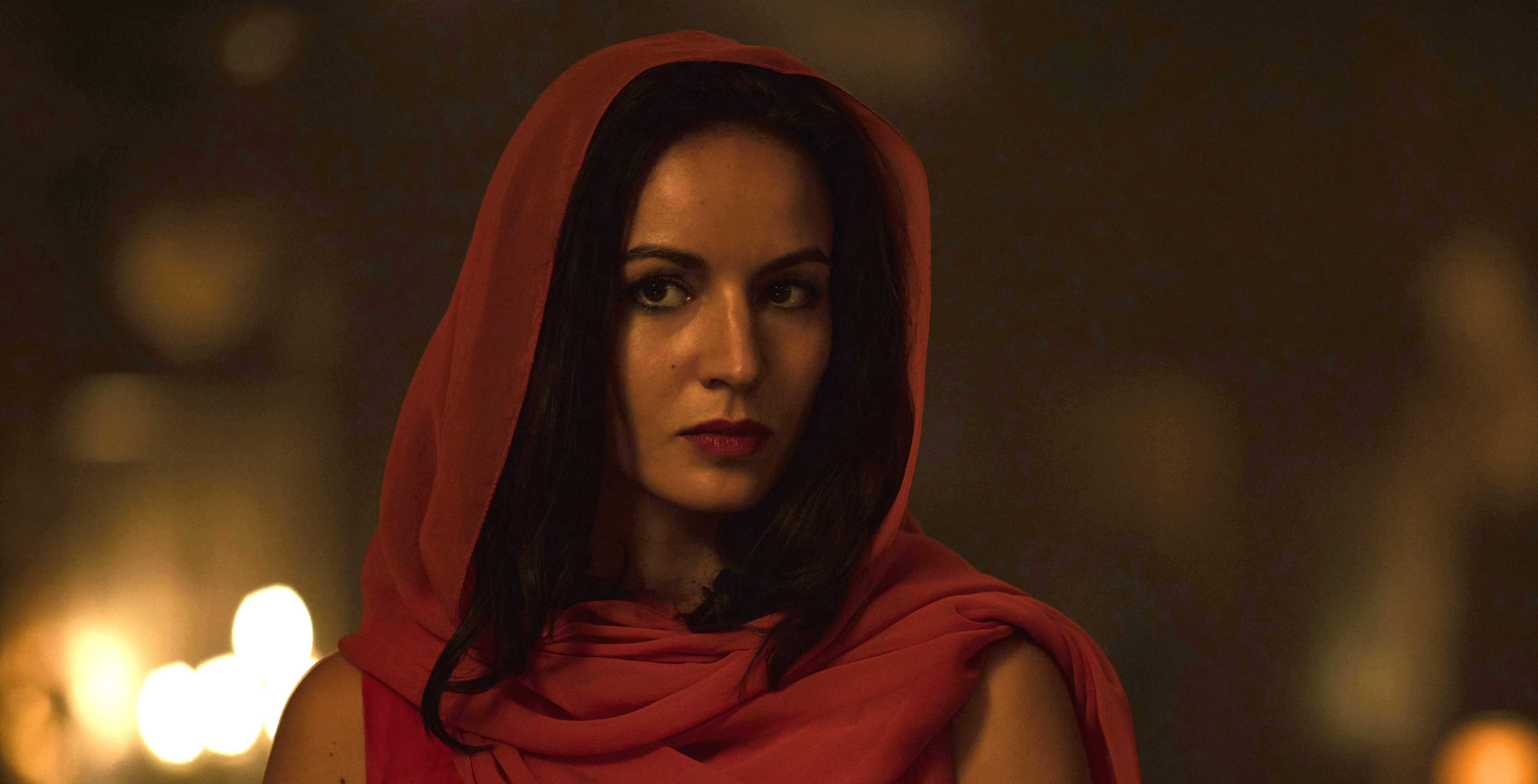 The fourth episode of Apple TV+’s drama series ‘Shantaram,’ titled ‘Bad Medicine,’ revolves around Lindsay “Lin” Ford’s attempts to save Sonam, an elderly woman who consults him with a deadly infection. Upon realizing that she would die without any medicines, Lin tries his best to procure the same. Abdel Khader Khan AKA Khaderbhai moves forward with his plan to build skyscrapers in Sagar Wada, only to come to know that Walid Shah AKA Walidbhai has already made necessary arrangements to control the slum. The episode ends with a pivotal decision Lin makes concerning his future and here’s our detailed take on the same! SPOILERS AHEAD.

‘Bad Medicine’ begins with Karla Saaranen meeting the potential land minister to discuss Khaderbhai’s plans to build skyscrapers in Sagar Wada. Walidbhai interrupts the meeting and lets Karla know that the region is under his control. Lin continues to treat patients in his hut at Sagar Wada and sends some of them to a nearby hospital since he doesn’t have enough supplies to treat them. When the hospital doesn’t treat Sonam, he accompanies the elderly woman to the doctor, who sends them away since Lin decides against giving him any bribe. Lisa Carter is at Sebastian Modena’s place after leaving Karla’s house.

Lisa tells Modena that she needs to find her own place to live. Modena reveals his feelings for Lisa to her, who tells him that she isn’t in a position to love anybody, including herself. When Modena sees her sitting with a syringe and drugs, he tells her to take it if it will help her. Lisa makes it clear to Modena that he should say no to her if he wants to build a relationship with her since she is killing herself with whatever she is doing of her free will. She also joins Modena and Maurizio to complete a drug deal. Karla encounters her and enquires about her well-being, only for Lisa to dismiss her for not trusting her.

Karla meets Lin at Sagar Wada and asks him why he is helping the slum-dwellers rather than leaving Bombay. Lin lets her know that he is returning the favor he has received from them. He also explains how he is obliged to help them since he is the one who caused the fire, although unintentionally, that killed Lakshmi. Lin meets Khaderbhai and asks for his help to procure medicinal supplies. Abdullah Taheri, Khaderbhai’s righthand man, takes him to Aunt Ruby, a smuggler who deals with medicines. Since Lin doesn’t have enough money, she only gives him a short supply but enough to save Sonam from death.

Although Lin manages to meet Ruby, the hefty money she demands leaves Lin without any option to procure enough supplies. Upon knowing about Lin putting his life on the line to rescue Abdullah, Khaderbhai procures all the supplies Lin wants and sends the same to him. By accepting the supplies, Lin strikes a “deal with the devil,” which makes him a part of Khaderbhai’s gang. Although Lin initially makes it clear to the crime lord that he doesn’t want to be a part of anything the latter does, the Australian isn’t given any option since Khaderbhai finds him suitable to be a part of his gang.

Even though Lin knows that the bag of supplies Khaderbhai sends is an invitation to join his gang, he accepts the same without trying to resist himself. After meeting him twice and knowing about Rujul Aadekar’s death, Lin must have realized that whatever the crime lord wants, he gets, even if the latter wants him. In addition, Lin most likely realizes how he cannot put walls in front of life to protect himself. Everything that changed Lin’s life, whether it be the Australian police officer’s death that led him to the prison or his encounter with Madame Zhou that leads him to Sagar Wada, happened or happens without him planning or expecting.

After such experiences, Lin must have realized how he cannot rewrite his fate by “wanting” particular things or occurrences. Lin is finally accepting the inevitability of destiny. He also starts to find excitement in his association with one of the most powerful individuals in the great Indian city. Lin must be finding the connection he forms with Khaderbhai liberating since he hasn’t formed such a relationship with anyone for a long while. Joining Khaderbhai’s gang can be Lin’s way of finding a sense of belonging and seeking freedom from the heaviness of loneliness.

Why Does Rafiq Try to Kill Abdullah?

When Abdullah and Lin return from Aunt Ruby with supplies for Sonam, Rafiq, one of Walidbhai’s men, tries to kill the former. Although Abdullah considers the same as the result of the tensions between the two underbosses, it can be more than that, especially due to their bosses’ attempts to overpower the other. Walidbhai knows that he has to earn Sagar Wada from Khaderbhai using his power rather than buy it from a minister. The only way he can do the same is by making Khaderbhai realize the gravity of his power. Killing Abdullah is arguably the best way to make it happen.

If Walidbhai manages to kill Abdullah, the same will be considered a proclamation of his power over Khaderbhai, which will lure the latter’s men to Walidbhai’s camp. He knows that such a change in the loyalty of influential people will put an end to Khaderbhai’s reign as the lord of Bombay, which is essential for Walidbhai to control Sagar Wada. Thus, Walidbhai must have instructed Rafiq to kill Abdullah to send a message to Khaderbhai.

Read More: Do Prabhu and Parvati End Up Together in Shantaram?