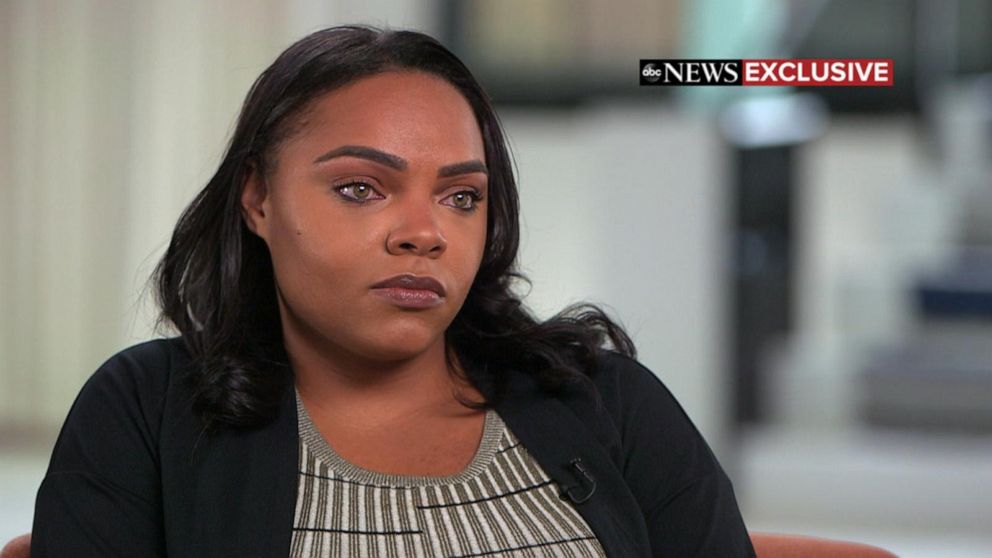 From Netflix’s ‘Killer Inside: The Mind of Aaron Hernandez’ to Investigation Discovery’s ‘Aaron Hernandez: An ID Murder Mystery,’ several shows have chronicled the tale of the late football athlete turned convicted killer over the years. As a Patriots player in the NFL for three seasons, he was on the way to greatness until his sudden arrest, trial, and conviction for the 2013 shooting murder of Odin Lloyd, followed by his suicide. With that, we can’t help but wonder more about the one person who always stood by him, his fiancée, Shayanna Jenkins. So, here’s what we know of her.

Having known each other since they were little children running around in elementary school, Shayanna Jenkins and Aaron Hernandez first decided to take their bond to the next level by starting to date in high school. Yet, once it was time to head to university and pursue a profession, they broke up, only to reunite after his draft by the New England Patriots. In the year that followed, Shayanna became pregnant, and in 2012, the couple gladly welcomed their daughter and got engaged. She also began using Aaron’s last name, unaware that their wedding would never happen.

In June 2013, semi-professional footballer Odin Lloyd, Shayanna’s sister’s boyfriend, was cruelly shot to death in an industrial park, and within mere days, Aaron got linked to it. Upon his apprehension, his fiancée continued to support him, even at the cost of her apparent estrangement from her sister. Her loyalty to her new family never wavered. Thus, when Aaron was convicted of first-degree murder and sentenced to a life term without the possibility of parole, Shayanna legally changed her name to Jenkins-Hernandez. She wanted to have the same name as her daughter, Avielle.

Fast-forwarding another two years, in 2017, Aaron was cleared in a separate double homicide matter, just to be supposedly outed through callous innuendos three days later. Two days after this, on April 19, 2017, he was found hanging in his jail cell. Aaron had left behind three suicide notes — one for Shayanna, one for his daughter, and one for his lawyer. In his letter to his fiancée, he said, in part, “You have always been my soulmate and I want you to love life and know I’m always with you…[I] know you are an angel…Tell my story fully but never think anything besides how much I love you.”

Following Aaron’s demise, Shayanna Jenkins-Hernandez not only sued the NFL over his posthumous chronic traumatic encephalopathy (CTE) diagnosis on their daughter’s behalf but also sold his North Attleboro, Massachusetts, home for $1 million, as was her legal right. She subsequently relocated to Rhode Island, and in 2019, a judge ruled that they can’t pursue the $20 million degenerative brain disease lawsuit due to a missed 2014 deadline. As for Aaron’s alleged bisexuality, Shayanna has stated that it wouldn’t have and still hasn’t changed how she feels about him.

“If he did feel that way or if he felt the urge, I wish that I — I was told. And I wish that he — you know, he would’ve told me ’cause I wouldn’t — I would not have loved him any differently. I would have understood,” she said. “It’s not shameful and I don’t think anybody should be ashamed of who they are inside, regardless of who they love. I think it’s a beautiful thing, I just wish I was able to tell him that.” Therefore, Shayanna continues to raise Avielle to the best of her abilities and keeps the memories of Aaron alive in her heart.

Since then, she has also found love again in Dino Guilmette, a former college footballer, boxer, and bar owner, with whom she welcomed another daughter, Giselle, in 2018. The four of them are a happy family from the looks of Shayanna’s social media profiles, and she could be planning her wedding. It’s evident that her priority right now is her daughters, and it’ll stay that way for a long while. One of her recent Instagram post captions even read, “Low key Sunday for us, just the way we like it 😉😜 #mommin”